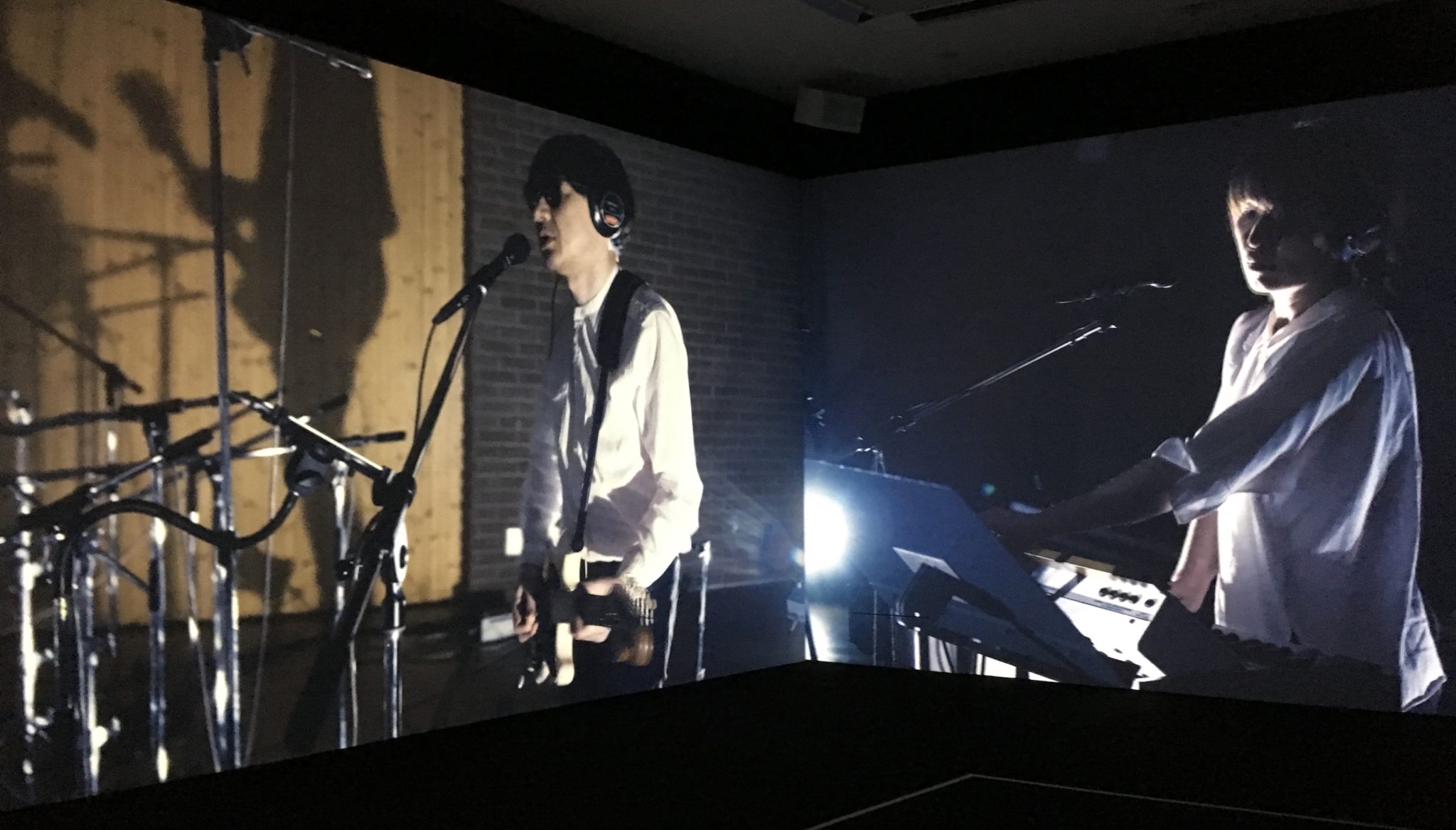 The music created by Cornelius (aka Keigo Oyamada), especially since 2001 album “Point”, is characterized by a sound that, through sharpened stereo images and a sense of time, intuitively conjures up geometric spaces in the listener’s mind. This sound reached a new level on 2017’s “Mellow Waves”, which actively incorporated tremolos and drone music with a sense of fluctuation. It is quite accurate to speak of Cornelius’s music in architectural terms, and both “Point” and “Mellow Waves” are examples of this. The former is an extremely balanced work of modern architecture, conjuring up the experience of a modern space through the accumulation of minimal elements, while the latter is a contemporary creation that puts into practice a dynamic type of spatial design incorporating curves and distortions brought about by a computer’s calculations.

This exhibition features eight artists, who came together to create and exhibit original video works themed on Cornelius’s music. The projections, which luxuriously take up half of the venue’s walls and floor, are worth a look as is, but when combined with the moving images that are displayed one after one, the entire installation turns into a single, superb architectural experience. 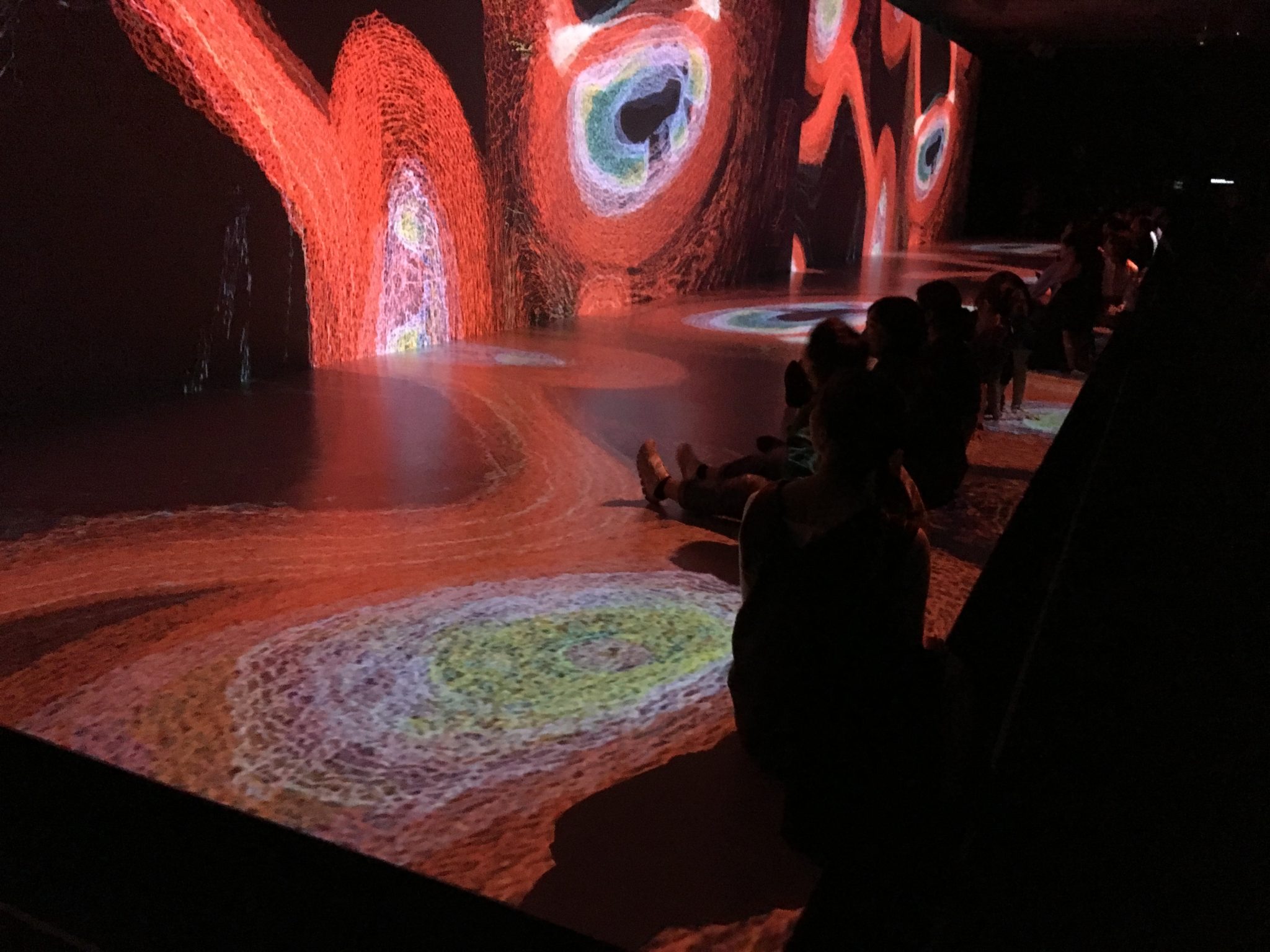 That said, because the music, which in itself appears architectural, and the space that provides a vessel for it are both so eloquent, the impact of the individual video pieces seems to be weakened. In other words, due to the fact that both music and architecture so obviously exist in this space, the question of what role the video projected into that space is supposed to play is left dangling in the air.

This is a problem that cannot be traced back to the faults of individual pieces. It could be said that by being shown with the same music and on the same screen, the works, all based on the two big themes of music and architecture, are homogenized – even trivialized – under the “music and architecture” banner. My impression of many of the works after watching them varied quite significantly in nuance from that I felt after reading their respective explanations, leaving me wondering whether displaying them like this really was the right choice. 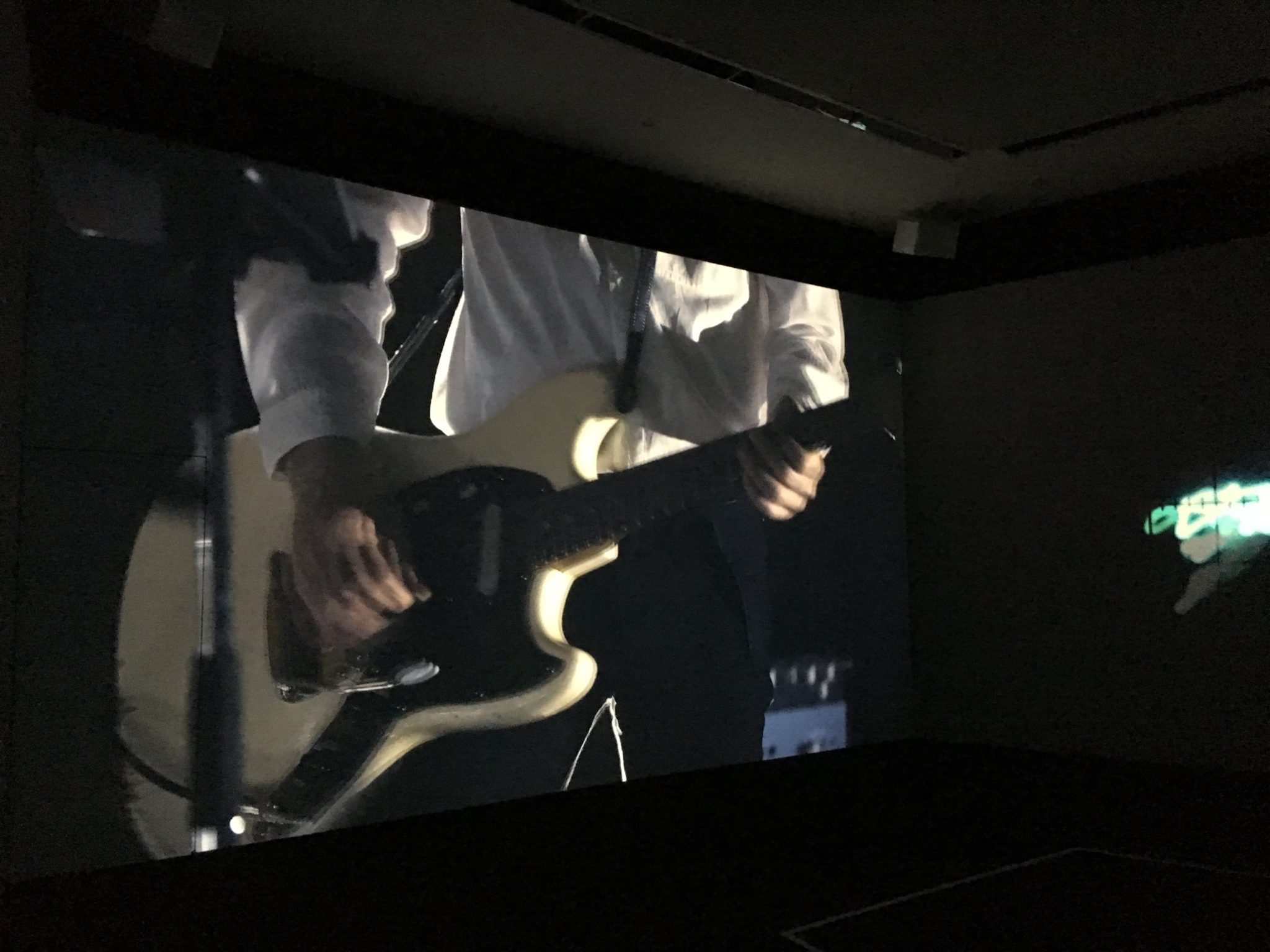 In the end, I thought the smartest “piece” on display – the one in which the three themes of music, video and architecture best complemented each other – was the first exhibition room, which features video of a studio gig by Cornelius and his band, along with a ProTools project screen with an audio recording of the performance. Ironically, the rest of the exhibition – supposedly the main part – appeared merely as a variant of the opening display – something that speaks to the admirable clarity of said performance and installation. 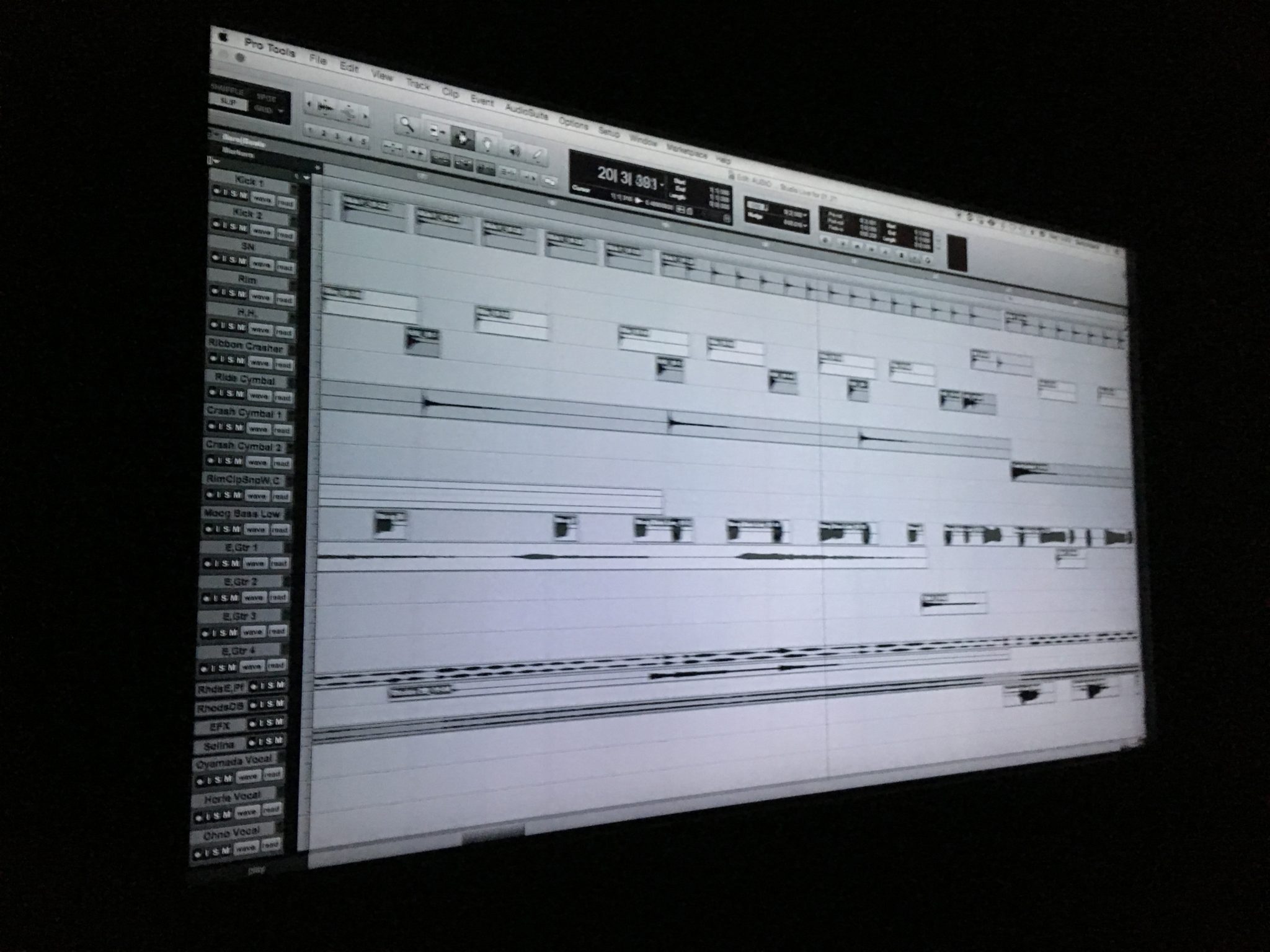 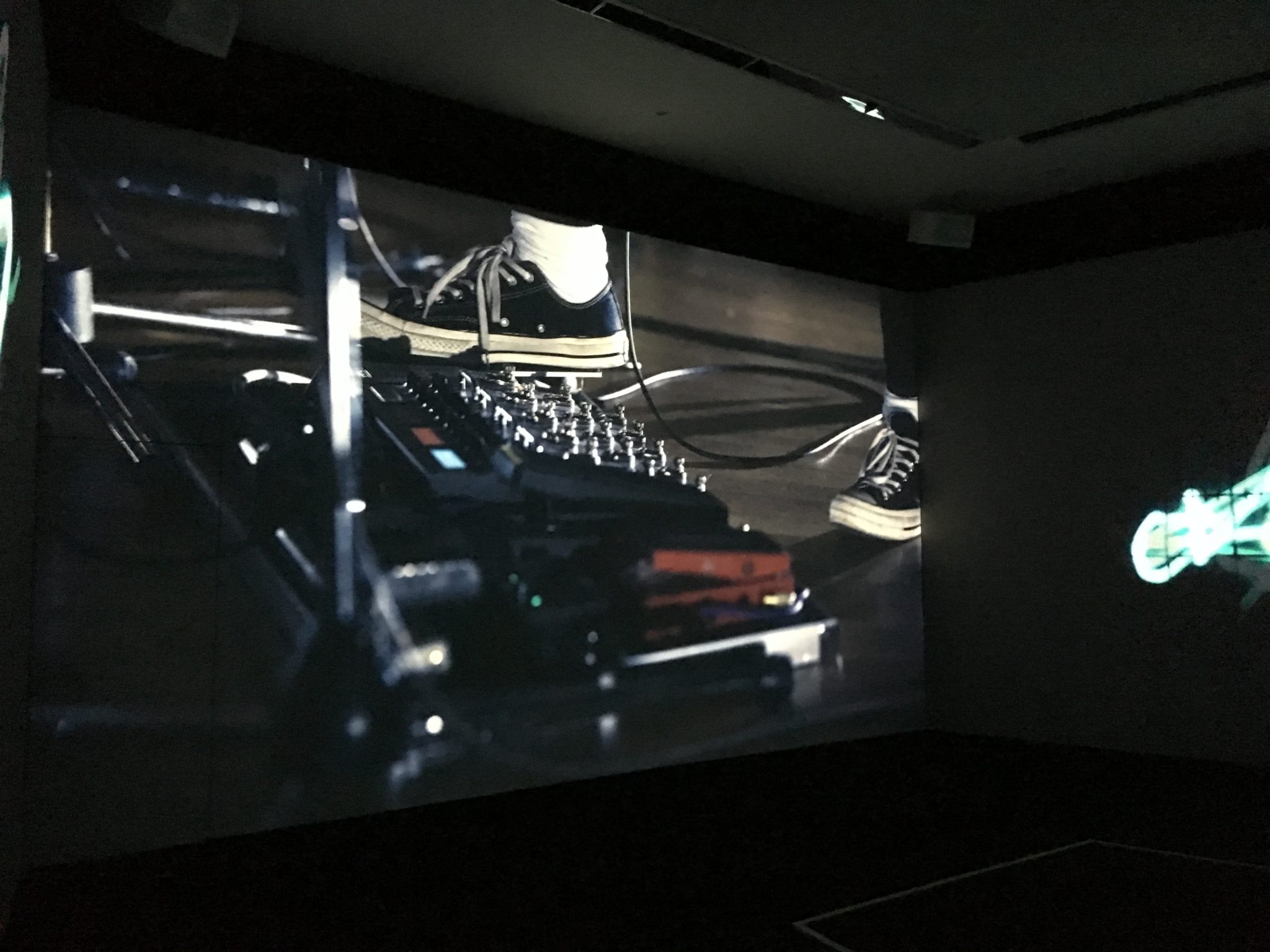