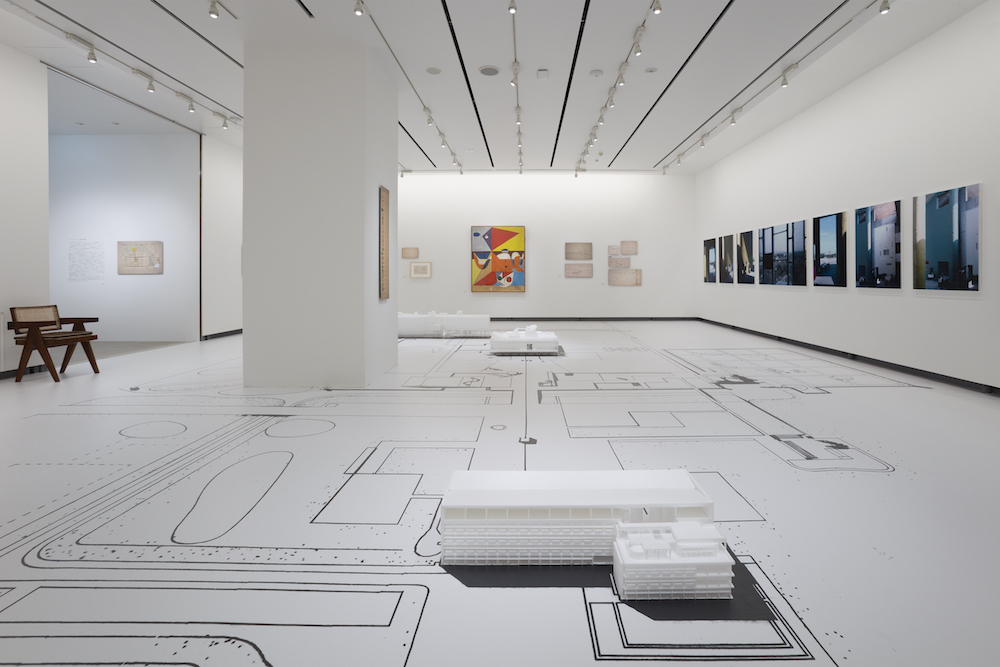 Last month I travelled to Chandigarh. Reflecting on the encounter between Le Corbusier, a driving force of Modernism, and the indigenous Asian nation that is India, alone made the visit an exciting experience. However what was even more astonishing was to witness how Le Corbusier wasn’t only in charge of individual buildings, but he took responsibility for the grand design of the city as a whole. By today’s standards, it seemed to me that an entire city designed from scratch by a single human being is quite an unrealistic feat.

More than sixty years later, Chandigarh continues to be “alive” with architecture that is utilized by the Indian people – largely without any renovation or reconstruction. While you would have to go and witness the place first-hand in order to fully grasp how impressive all this is, the exhibition that is presently showing at the Archi-Depot Museum is a good opportunity for discovering the full breadth of Le Corbusier’s architectural achievements in Chandigarh.

Chronologically speaking, Chandigarh was designed around 1959, the year when Le Corbusier’s famous “Convent of La Tourette” was completed. What comes to mind first and foremost when talking about “La Tourette” are the window frames’ lattice structures and the shadows they create in the cloister garth (a design that is being attributed mainly to the influence of Le Corbusier’s disciple, composer Iannis Xenakis). As a matter of fact, the same method has been employed in several buildings here in Chandigarh as well, channelling the dazzling Indian light into the buildings to create shadow plays like little symphonies. 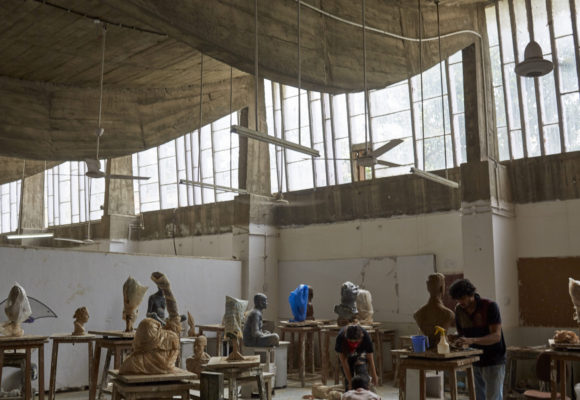 During my visit to India, I focused mainly on art and architecture schools designed by Le Corbusier. The designation of Le Corbusier’s architecture as UNESCO heritage has unfortunately made it impossible to walk around freely at taking photos at the supreme court and government buildings (although tourists can visit these places as part of Tourist Information guided tours), but I guess that’s unavoidable. As mentioned above, these buildings are actually being used as courthouses, government offices or other public facilities of the state of Punjab.

The design of the city at large is more diverse, dynamic and fluent than that of a single building. I would say that the displays at this exhibition enable the visitor to retrace part of the dream that Le Corbusier wanted to illustrate in Chandigarh, as these designs illustrate very well Le Corbusier’s pursuit of a fusion of his design philosophy with natural environments and the character of the Indian location.

Once you have let the numerous architectural maquettes and various reference materials fuel your imagination, I really urge you to travel to India and get your own first-hand experience of the city that Le Corbusier built. Let me add that, compared to other places in India, Chandigarh is rather easy to visit in terms of safety and hygiene.