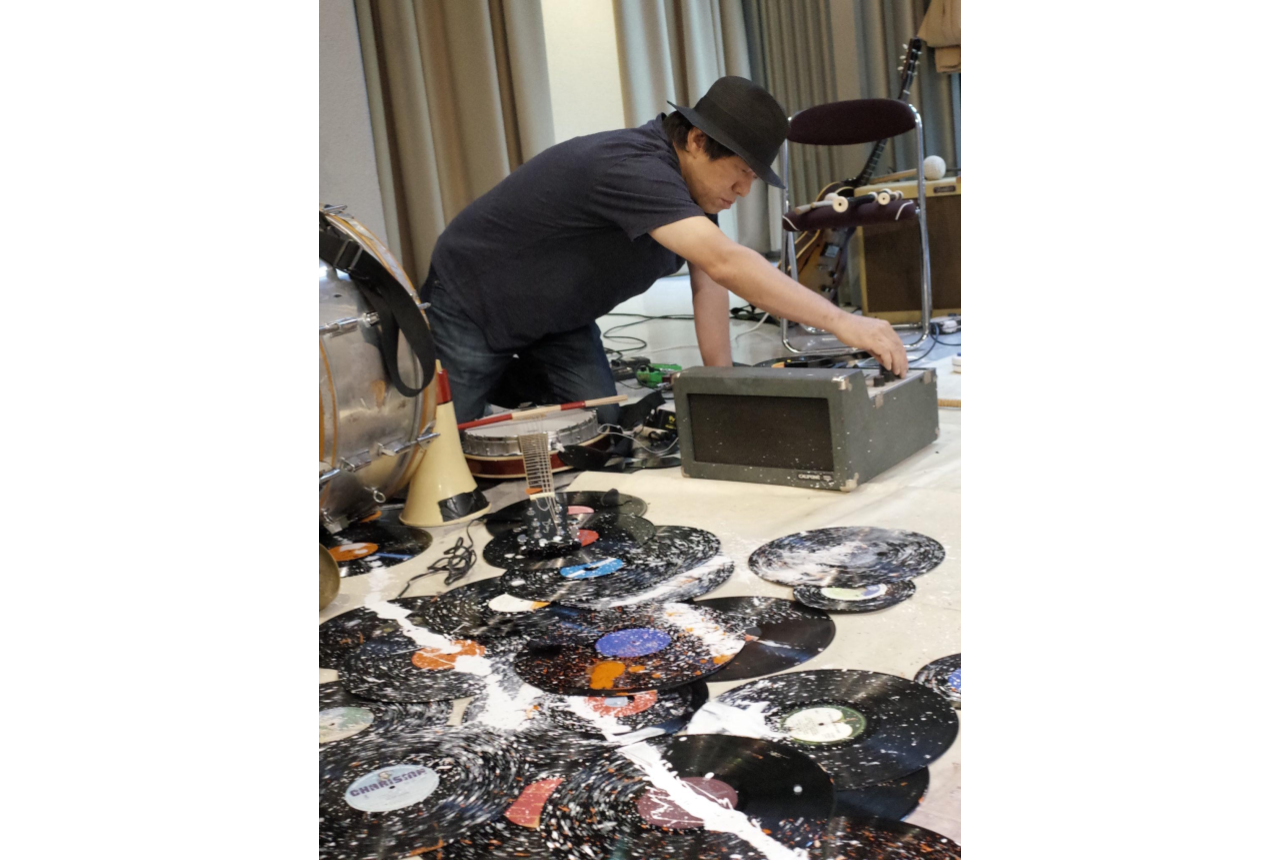 Currently hosting an exhibition titled “The Echoes from the Abyss: The Poems of Gozo Yoshimasu”, the Shoto Museum of Art served as the venue for the above event on September 1. When I entered the exhibition hall on the second basement floor after hearing the announcement that the doors had opened, just after 1.30 p.m., Gozo Yoshimasu was already there in his seat. That it was his seat was only my personal guess, but in front of him there were poems written on papers, various sound-emitting tools, bottles containing several types of ink, a piece of paper rolled up into a scroll – perhaps a text he was going to read – and a small turntable.

Next to Yoshimasu stood Otomo Yoshihide’s instruments. An electric guitar with several effects pedals attached to it, in addition to percussion instruments such as a large drum, a bowl-shaped instrument made out of metal, bells and cymbals, and even flutes like recorders. These were hardly lined up neatly – more like randomly scattered on the floor. And of course, there was another small turntable on the side. The chairs in the hall were arranged so as to create a passage through the middle, as well as on the sides and in the back next to the walls. These passages were casually littered with countless records.
Gozo Yoshimasu, the protagonist of the exhibition, was equipped with a wireless contact microphone, his voice amplified by speakers set up in all four corners of the hall. He appeared to be talking with the guests in the front row before the show, and tapped the floor, records, and other things around him with a small hammer. It looked like things had already started. Unlike Yoshimasu, Otomo Yoshihide just sat there quietly.

After a while, once the time came, there was a moment of stillness – and then the collaboration kicked off. Without lowering his voice, Yoshimasu took up one of the ink bottles and started pouring out its contents on the floor. Then he got up and started walking along the record-covered walkway while spilling ink. Otomo promptly stood up himself, beat and played various instruments, took a few steps and immediately lifted a record off the floor, breaking the disc by slamming it on the back of a chair. The two performers stayed apart from each other, walking around their audience at times as if connected, all the while spilling ink and beating the walls and floor. 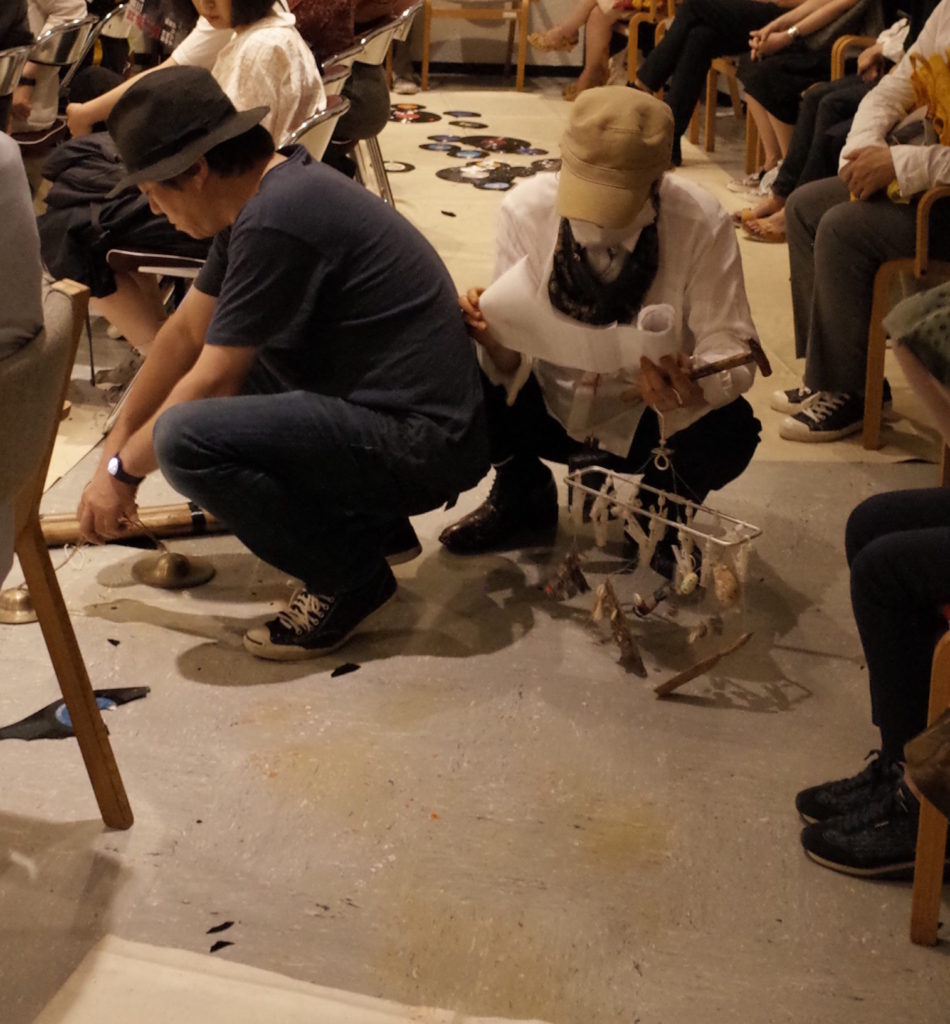 Otomo grabs a nearby record, places it on his turntable, and intentionally flips the needle so that the record isn’t played correctly, instead creating an endless loop. The two turntables loop separate rhythms, creating a complex, repeated sequence. This made me feel like a certain fixed space had been created. Otomo and Yoshimasu, who kept adding “moments” with voice and instruments, then built upon this curious continuum, making it a very beautiful space. But then Yoshimasu would use his hammer to hit the record on the turntable, switching to the next combination of sound and voice. The collaboration ended with Otomo hardly having touched his guitar.

“The encore will be Mr. Otomo on the guitar”, said Yoshimasu, turning it over to his partner and listening in quietly as Otomo played.

(Musician/Violinist) Yuji Katsui, an electric violinist, plays with a number of music groups such as “ROVO”, ”KOMA”, “TWIN TAIL”, “DRAMATICS”, “Yuji Katsui × U-zhaan”, and continues to explore the possibilities of expression with the electric violin.