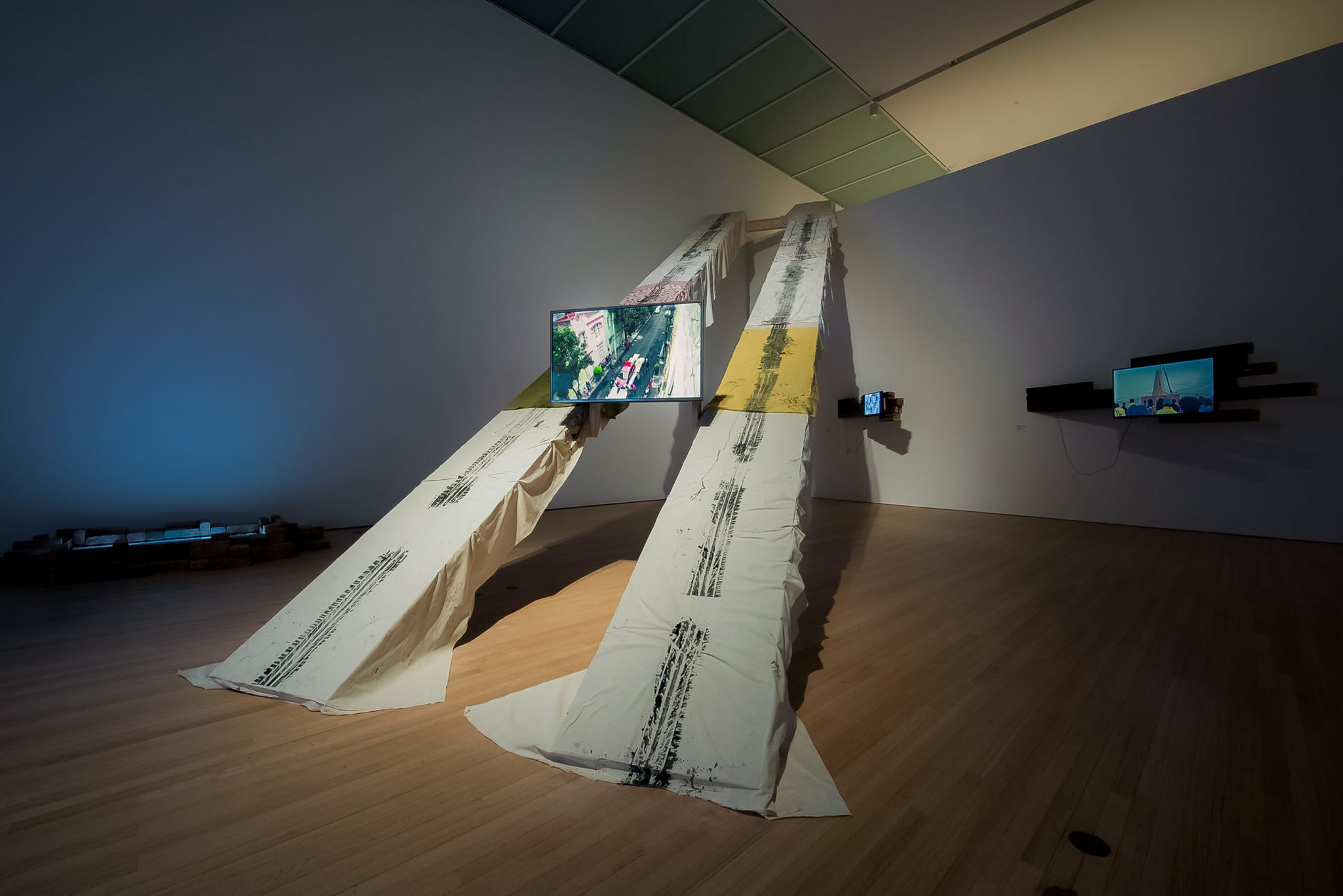 “Domani: The Art of Tomorrow” is an annual exhibition showcasing recipients of the Agency for Cultural Affairs Program of Overseas Study for Upcoming Artists grant. Now in its 21st edition, this exhibition celebrates the successes of the program’s alumni. The sub-theme, ‘End of the Heisei Era,’ carries a certain reflective quality, as well as some present-day anxieties, across its curatorial essay and in the selection of artists’ practices.

The Heisei era marks the time since the Reigning Emperor’s coronation in 1989 until his planned abdication in April this year. This period coincides with great social, cultural and political upsets; including the end of the “bubble” economy of the 1980s, the 1996 Kobe earthquake and 2011 Tohoku earthquake and tsunami, the 1996 Tokyo subway attack, the ongoing nuclear leakage in Fukushima, an aging population, and growing tensions with China resulting in threats to the democratic system.

For many of the younger artists, the 2011 earthquake and tsunami was a catalyst. Tsubasa Kato is an artist who relies on the collaboration of others to realise many of his art works. After the disasters of March 2011, he collaborated with Iwaki residents for The Light Houses–11.3 Project (2011), and took on research and art-making opportunities in the United States, Australia, Vietnam, and Mexico. Pass Between Magnetic Tea Party (2015) is group action in which teamwork culminates in a car mounting a dinner table to leave tyre marks on the tablecloth. The enormous table and the car’s literal impact are displayed next to video documentation.

Yoi Kawakubo’s works also encourage a focus on impact, rather than solely the finished product. If the radiance of a thousand suns were to burst at once into the sky I (2013) was produced by burying photographic film and exposing it to radiation near the Fukushima nuclear power plant. The process makes beautiful, strongly coloured images from the impact of the disaster. 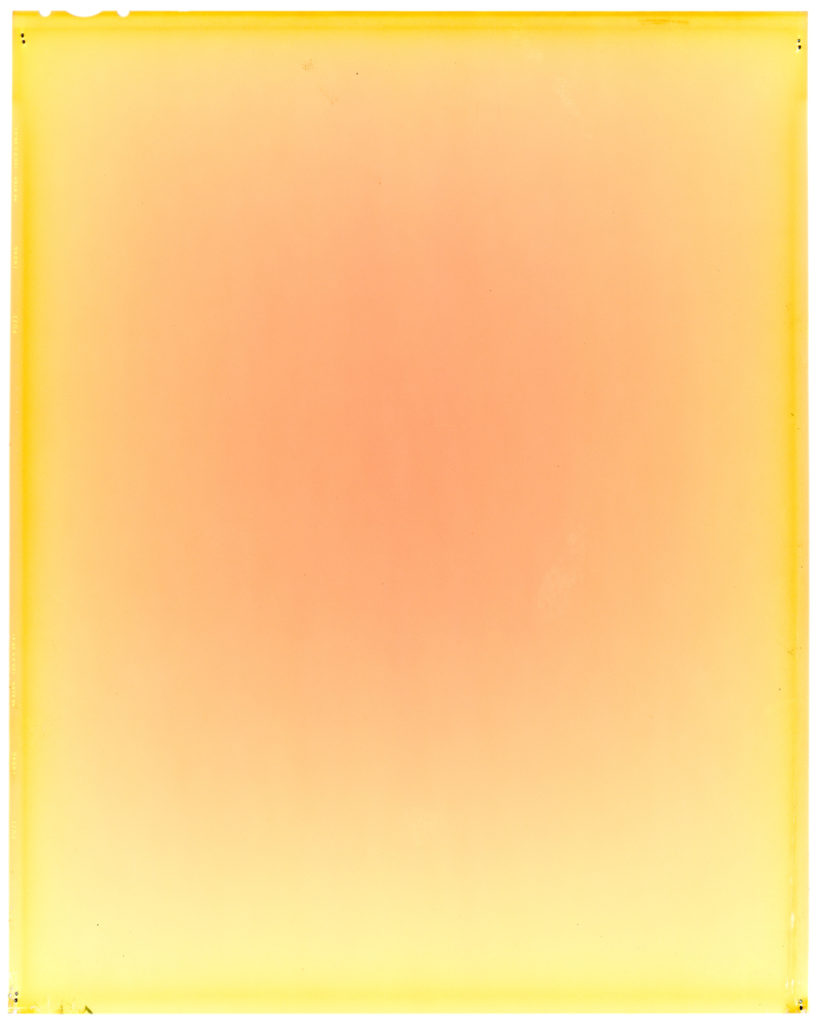 Yoi Kawakubo If the radiance of a thousand suns were to burst at once into the sky I, 2013 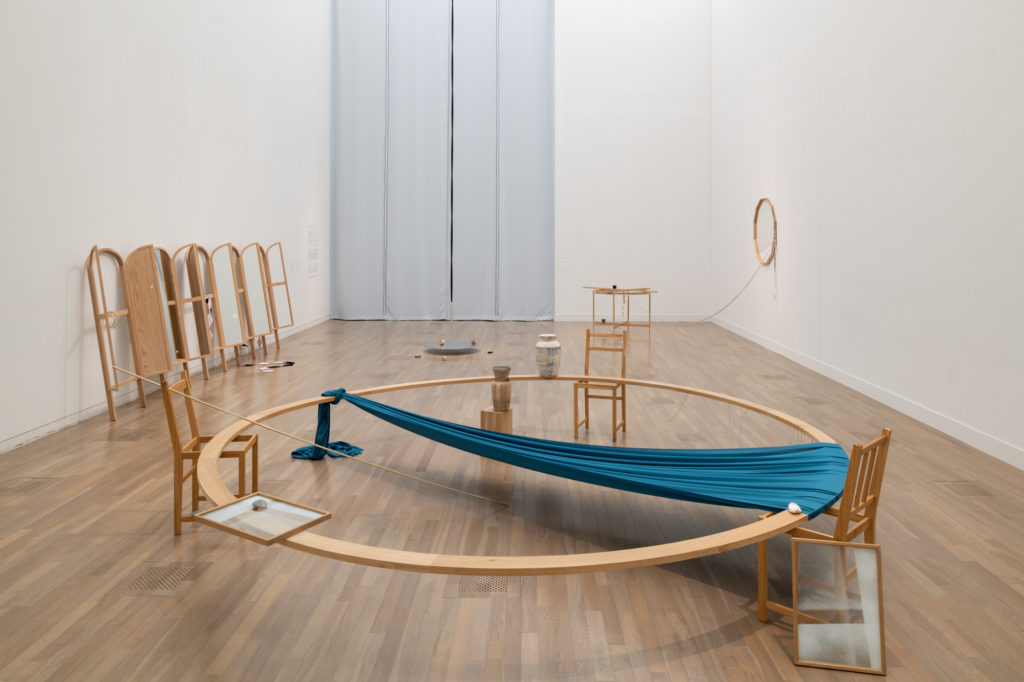 Asako Shiroki presents the audience with aesthetically appealing sights but, after further observation, are also deeply dysfunctional. There are no doors on A Cabinet Unable to Hold Any Secrets (2016). A cabinet without doors is a powerful symbol for, in the artist’s words, “disappearance and oblivion” in an age of uncertainty and end-of-an-era reflection.

Masahiro Hasanuma, on the other hand, approaches the end of Heisei one moment at a time. His travels throughout Tohoku are captured in his simple hand-painted illustrations and analogue flip-books, offering small impressions of a flock of birds taking flight or the view from a car while driving in the dark. 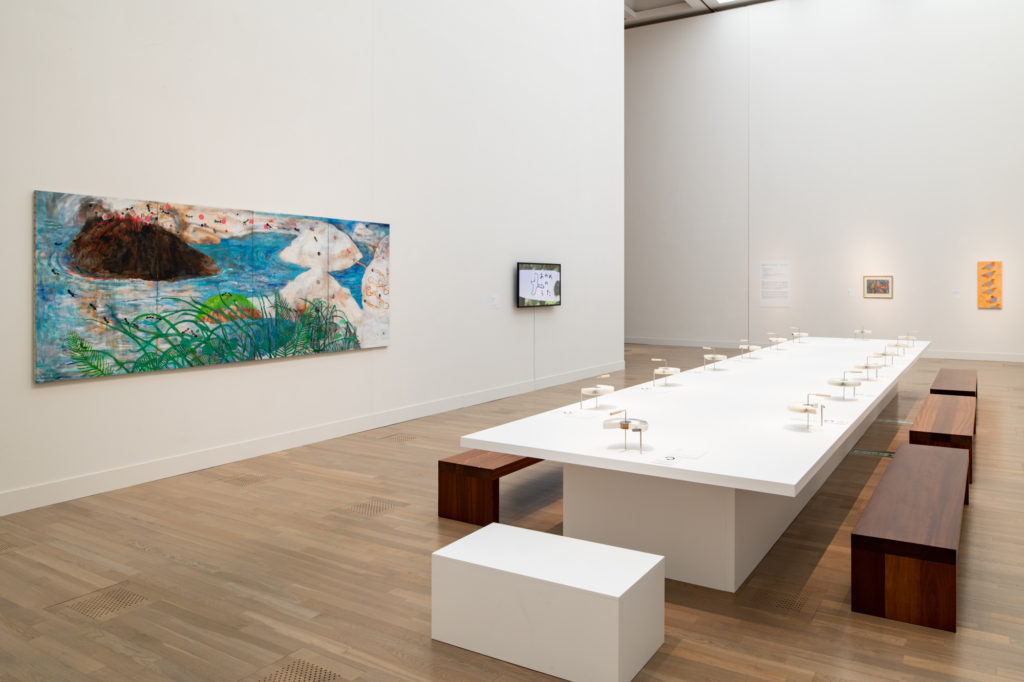 With the NACT’s “Artist File” exhibition series inactive for the past few years, “Domani” becomes an even more important survey of emerging Japanese artists. They boast a rich alumni to select from, with many cross-overs with neighbouring Mori Art Museum’s recurring survey, “Roppongi Crossing”. As we head into the next imperial era of Japanese history, young contemporary artists have their eyes on the past and present, and as a result, they contribute to our future.

“Domani: The Art of Tomorrow” -End of the Heisei Period-
Showcasing Participants from the Agency for Cultural Affairs Program of Overseas Study for Upcoming Artists

Emily Wakeling is a writer and curator with experience in Japan, the UK and Australia. In Tokyo, she worked as an editor for Tokyo Art Beat and as an adjunct lecturer at Joshibi University of Art & Design and Kanagawa University. She was the Assistant Curator for the 9th Asia Pacific Triennial of Contemporary Art at the Queensland Art Gallery | Gallery of Modern Art. Her art writing has been included in numerous art journals including Eyeline Contemporary Visual Arts, Art Monthly Australasia, ArtAsiaPacific and ArtReview Asia. Emily is currently undertaking a PhD at Queensland University of Technology.