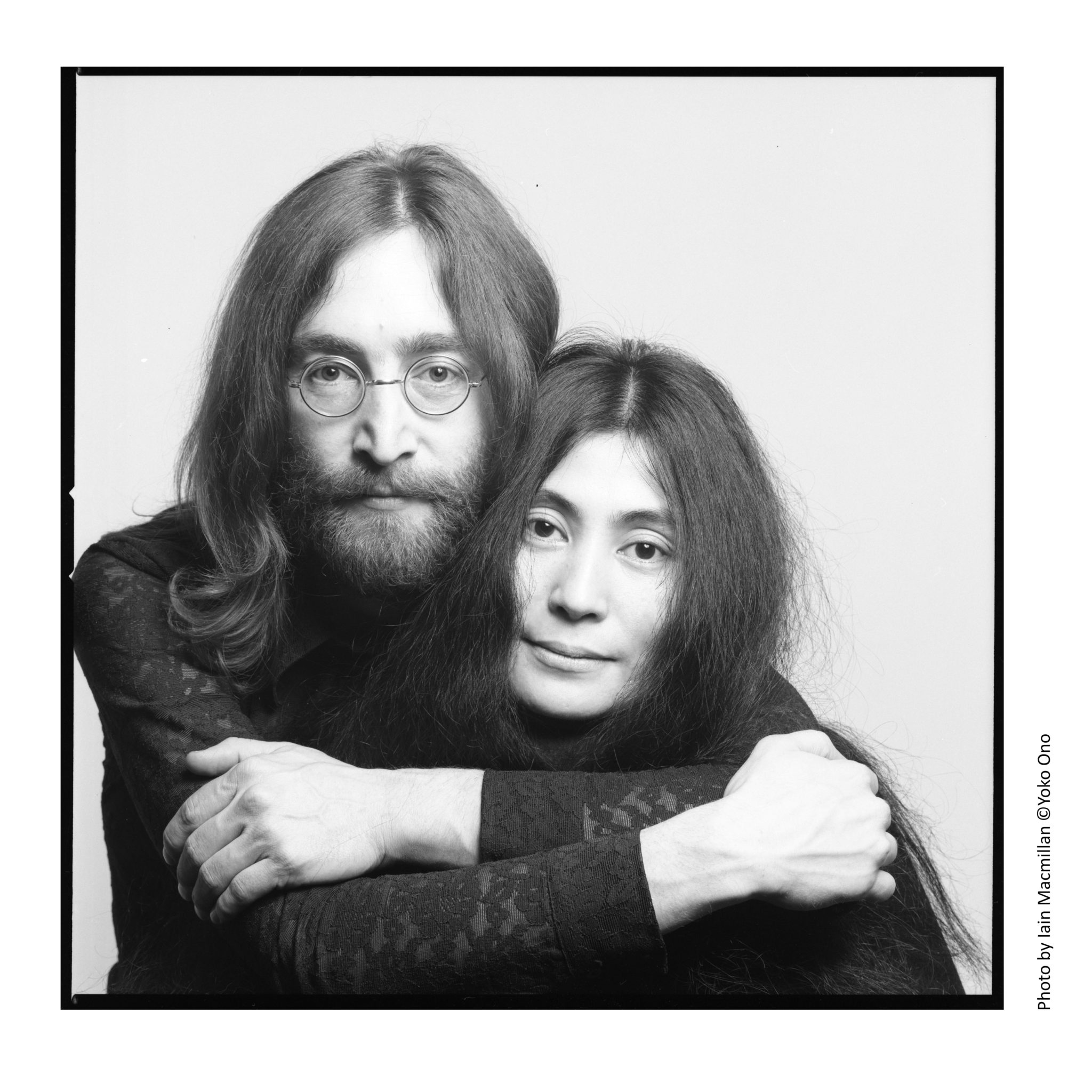 An Attempt at a Timeline

Consisting of a great number of interview clips, manuscripts, and artworks, the “Double Fantasy – John & Yoko” exhibition is an experimental attempt to highlight the activities of John Lennon and Yoko Ono through their own words and objects. The exhibition, which takes about two hours to view in its entirety, does not restrict itself to any specific genre or theme, instead giving ample room to the wide variety of their endeavors. It thereby invites visitors of differing generations to rethink the output of John and Yoko, which extends some 50 years back in time.

The exhibition, in which a polyphony of voices are juxtaposed with each other, is structured in the form of a timeline. This allows it to explain not only the context of the two protagonists’ artistic endeavors and the details of their collaboration, but also the relation of these activities to the social situation of the time and how Lennon and Ono expressed their creativity under specific social circumstances. 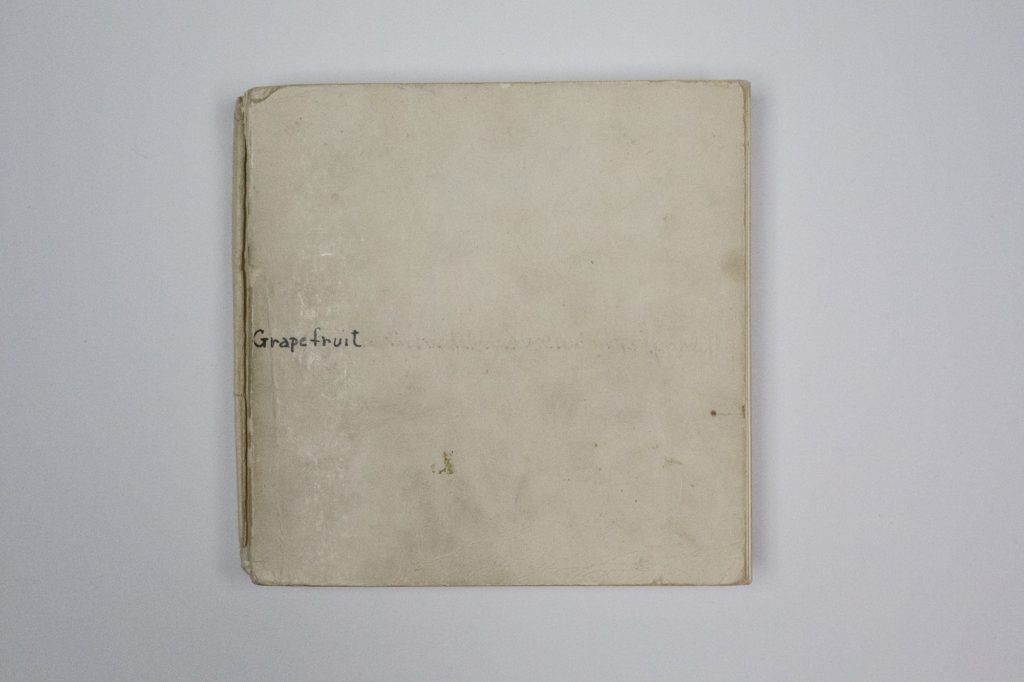 Yoko Ono “Grapefruit” book. 1964.  This was a gift from Yoko to John Lennon. His handwritten notations are inside. ©Yoko Ono 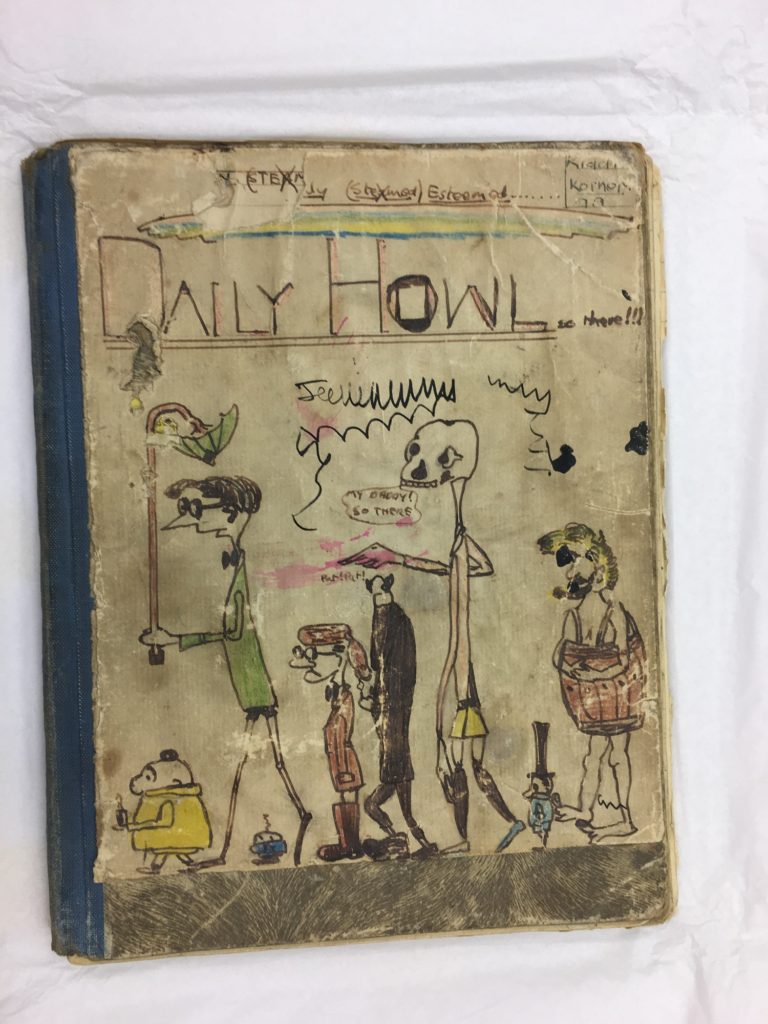 “Double Fantasy” centers on the period between 1966, when the two first met at one of Ono’s exhibitions, and 1980, but begins with an explanation of how both Ono and Lennon enjoyed drawing and playing instruments since their teenage years and how words were the most important form of expression for them. Ono’s “Invisible Flower” from 1952, an illustrated book, was composed of English text and images. In the following year, she began writing “Instructions,” which are composed in the form of musical scores but feature words instead of notes. Ono used these to propose a new form of art that, just like sheet music, is fulfilled through interaction between the writer and the reader, who takes action based on the instructions. This shows how Ono incorporated musical thinking, which she had been familiar with from an early age, into her art. She published “Grapefruit” – a compilation of these word-based “scores” – in 1964, the same year that John Lennon’s “In His Own Write” came out. Particularly notable in this regard is Lennon’s “Daily Howl,” a notebook from his student years filled with humorous writing and illustrations, which is displayed at the exhibition. Having seen these books, one begins to think it was no coincidence that Lennon, upon visiting Ono’s exhibition in London years later, was able to understand the meaning of the word “YES” in her famous “Ceiling Painting.” 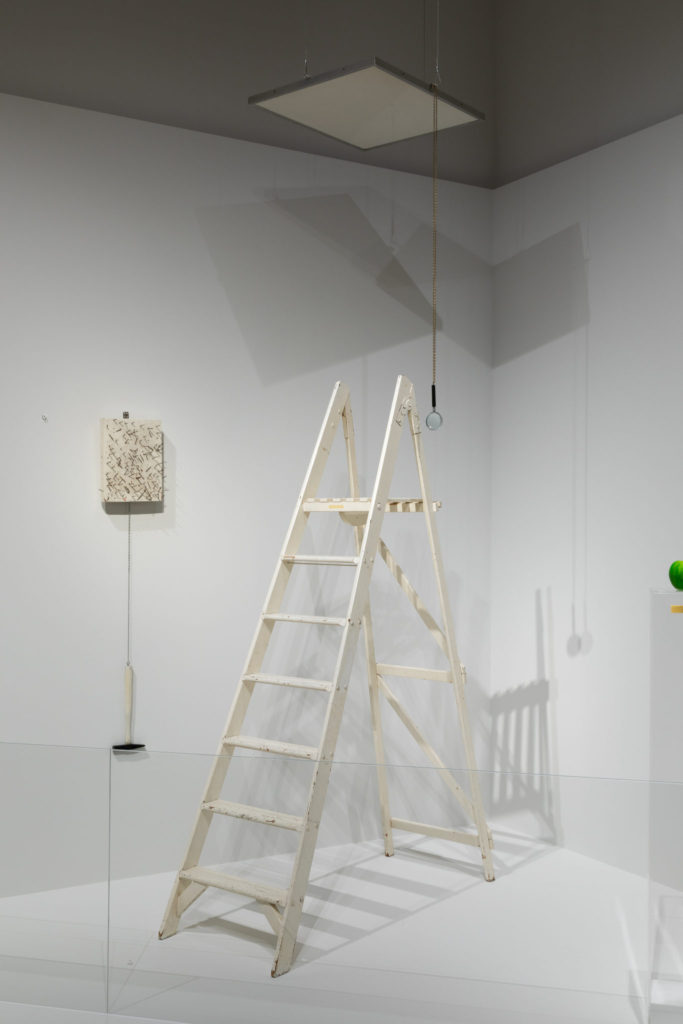 Following their encounter, Ono sent Lennon both “Grapefruit” and “13 Days Do-it-Yourself Dance Festival,” another of her instruction works. Lennon himself later related how “Grapefruit” came to exercise a significant structural impact on his creative activities and led to him writing the verses for “Imagine” (1971). While it took almost half a century for Ono’s name to appear under “co-creator” in the credits of this song, 1969’s “War Is Over! If You Want It” – displayed on billboards in 12 cities around the world – was released with John and Yoko both listed as the artists. The billboard undertaking was an attempt to apply Ono’s idea of instructions not to a closed space such as a gallery but to the urban environment, and incorporated Lennon’s perspective of appealing to the masses, which he had cultivated as a pop musician. Perhaps Lennon and Ono were able to publish a joint message to society precisely because they chose to do so through conceptual art making use of the advertising medium. As these examples show, the power of words was at the heart of both artists’ activities. It can well be said that words are what tied the duo’s collaborative efforts together, allowing them to explore ever more diverse forms of creativity. Some of the handwritten lyrics and instructions on display are scribbled down on papers such as hotel letterheads, making them precious documents that allow the viewer to imagine the situations in which these words were born. 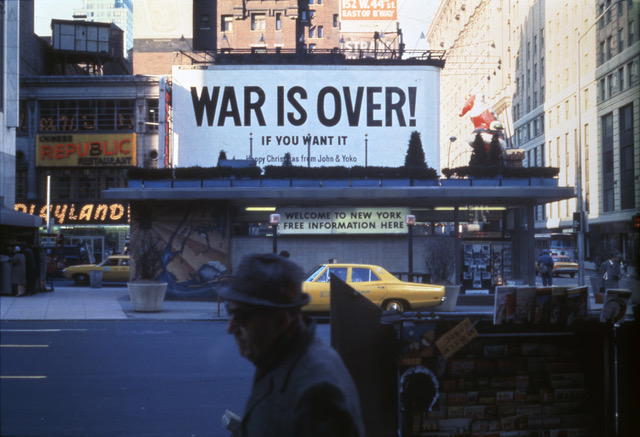 John Lennon and Yoko Ono “WAR IS OVER! IF YOU WANT IT.” 1969 Times Square, New York City. Photo Courtesy of Yoko Ono Lennon

As notable as the many original manuscripts are the many interview clips featured at the exhibition. For example, a recording from Ono’s exhibition at the Lisson Gallery in 1967 captures the scene at the venue, along with the artist explaining how she places less emphasis on physical things and more on spurring the viewer’s imagination. In another clip shot a month prior at the Bluecoat Society of Arts in Liverpool, we see Ono herself at an event, as well as scenes with the “Fly” artwork, which had exhibition attendees jump off a stepladder. 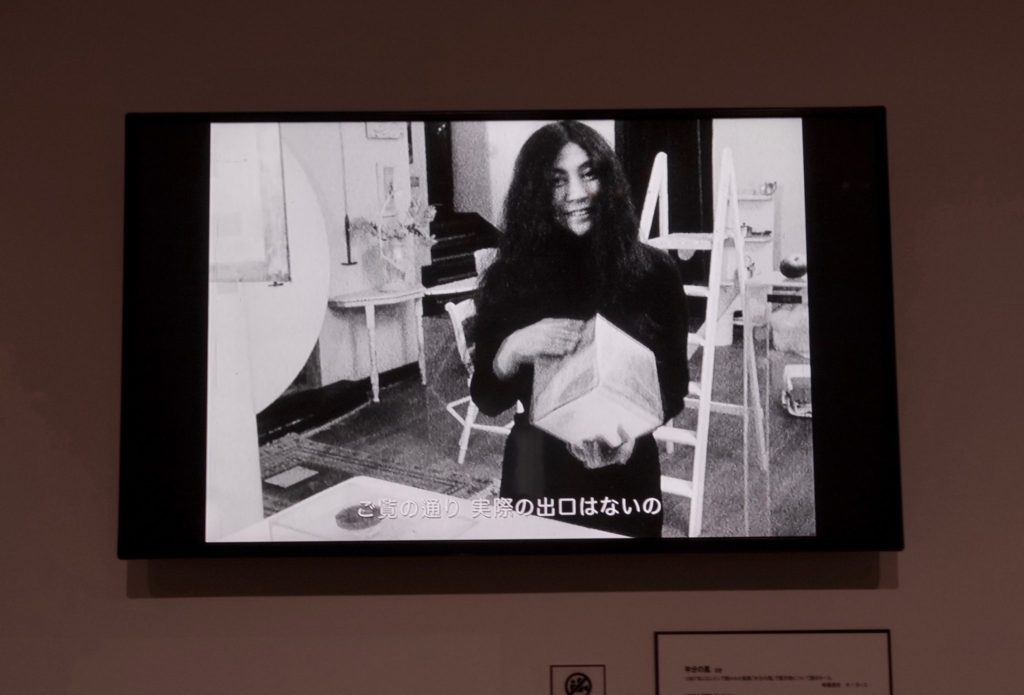 After John and Yoko married in 1969, they began appearing side by side more frequently at press conferences and on TV. At an engagement in Vienna in March that year, they are filmed being interviewed while engaged in “Bagism” – wearing a bag over their bodies. This press conference was held on the occasion of a television broadcast of “Rape,” Ono and Lennon’s collaborative film, which defined being filmed as a form of rape through the lens. In it, they explained how interacting with others from a bag allowed for communication only through words – communication that does not depend on visual cues such as appearance (race and gender). I also recommend watching the clip in which Lennon speaks about how the lyrics to 1972’s “Woman Is the Nigger of the World” changed the meaning of the word “slave.” 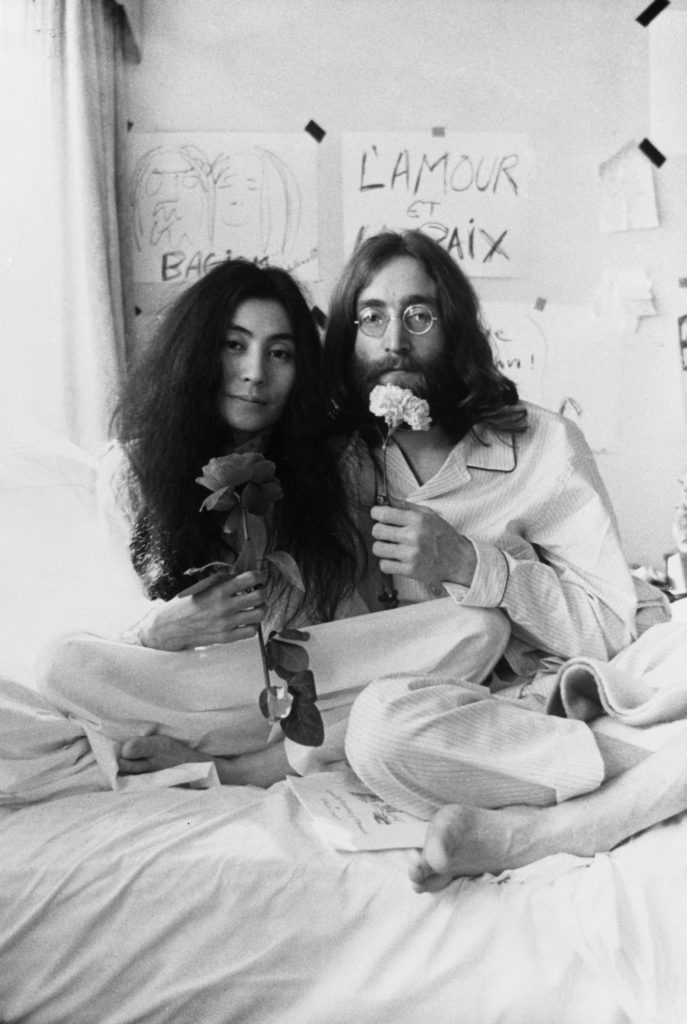 John and Yoko moved to the United States in 1971, when the Vietnam War was turning into a quagmire. They engaged actively with social issues, especially through the peace movement, and often talked politics at concerts and in interviews. Concerns about the duo’s influence were one of the reasons that led to them being issued a deportation order in 1972. The petition to reverse this order, which was written by Lennon and Ono’s supporters – including New York City mayor John Lindsay, who engaged actively with cultural matters, and artist Kate Millett, a major figure in the feminist movement – and reflected the opinion of so many during that era, plays a particularly significant role at the exhibition. It encourages the viewer to see Lennon and Ono’s various activities (such as the Nutopia Declaration, which proposed a world without borders) as actions that took aim at the social situation before and after the US presidential election of 1972. The venues of these activities, including Montreal (Quebec) in Francophone Canada, where their second bed-in took place and which at the time conducted its own diplomacy and environmental policy, provide a perspective of juxtaposition with America. 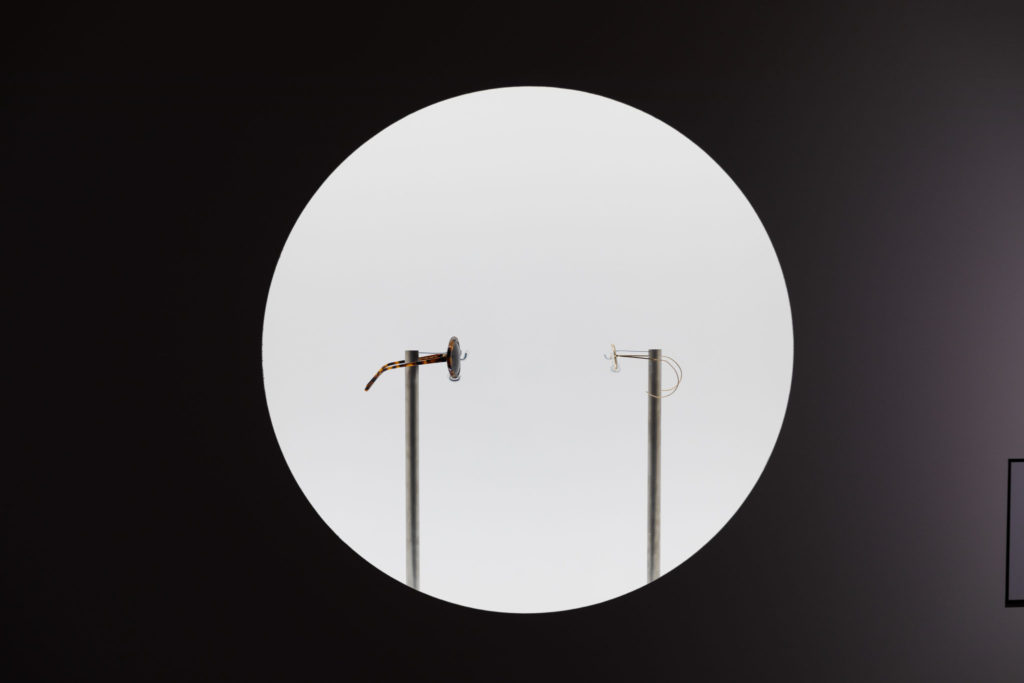 The handwritten texts and video clips exhibited are accompanied by personal belongings including glasses and a baby sling, musical instruments, and notes for practicing Japanese, which work to drive home the meaning of absence – that a life which should have gone on peacefully was ended by violence. The exhibition ends with a display detailing the process that led to the establishment of Strawberry Fields in Central Park, where trees donated from around the world were planted on Ono’s initiative. This corner of the park is a place where diverse people can come together and communicate, and features a circular mosaic inscribed with the word “Imagine.” Standing on the mosaic in the exhibition space, visitors will surely be able to imagine the manifold activities of John and Yoko, which were all built around a core of words. 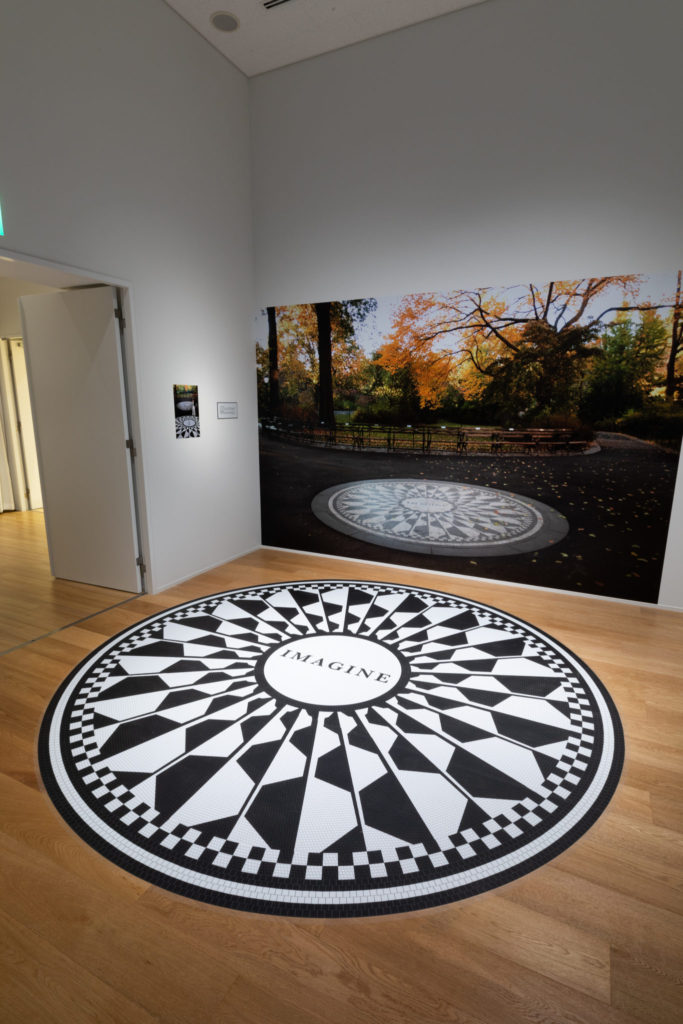 Professor at the Faculty of Letters, Arts and Sciences at Waseda University. As a curator for the Museum of Contemporary Art, Tokyo (1993-2020), she has been involved in the organization of exhibitions including Yuki Katsura: A Fable, Yoko Ono: From My Window, LandscapeーYukihisa Isobe: Artist-Ecological Planner, and Kishio Suga: Situated Latency, as well as themed exhibitions including Moderns by the Sumida River, Weavers of WorldsーA Century of Flux in Japanese Modern/Contemporary Art, and The Potentiality of Drawing. She is a contributor to several books, including Politics of Exhibition (Suiseisha), Museums in the Blues: Reconsidering Displays and Collections (Suiseisha), and Yoko Ono: The Sky Is Always Clear (Moscow Museum of Modern Art).