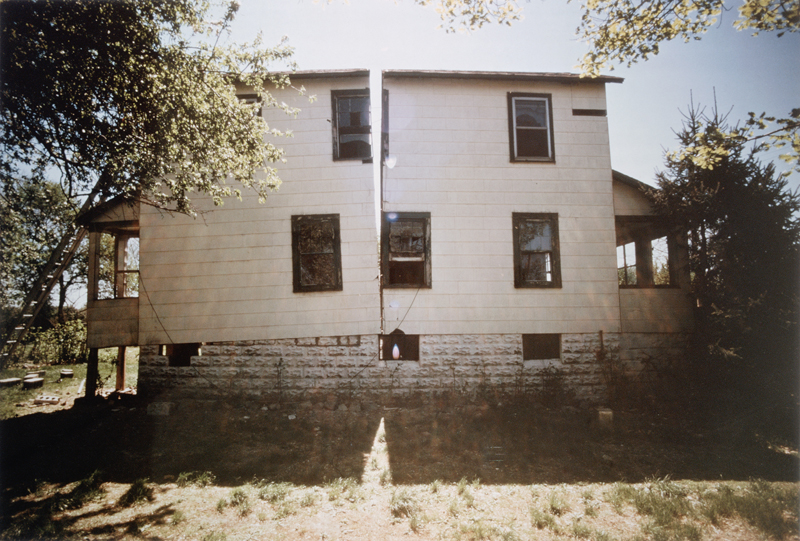 The place that nurtured Matta-Clark’s creativity

Despite an untimely death at the age of 35 and the fact that his artistic career spanned only ten years, Gordon Matta-Clark (1943-1978) is remembered for several radical projects themed on the spaces and places in which people live. His work is on display now at the National Museum of Modern Art, Tokyo, which is holding the first-ever Matta-Clark retrospective in Asia. I attended this ambitious exhibition to find out why the artist came to split a home in two and even participate in the running of a restaurant.

The exhibition space, themed on a playground, recreates a virtual public square under construction and sprinkled with Matta-Clark’s creations, including photographs, collages and video, arranged into categories. The works on display include the remains of the house from Splitting, perhaps the artist’s most renowned piece, rare video of the Food restaurant and the Tree Dance performance, architectural models and hand-written notes, while a version of Garbage Wall, recreated especially for this Tokyo show, can be found outside the museum. All in all, the exhibition gives ample testimony to Matta-Clark’s anarchic spirit and offers a comprehensive look back at the life and work of an artist deeply rooted in the artistic community of ’70s New York. 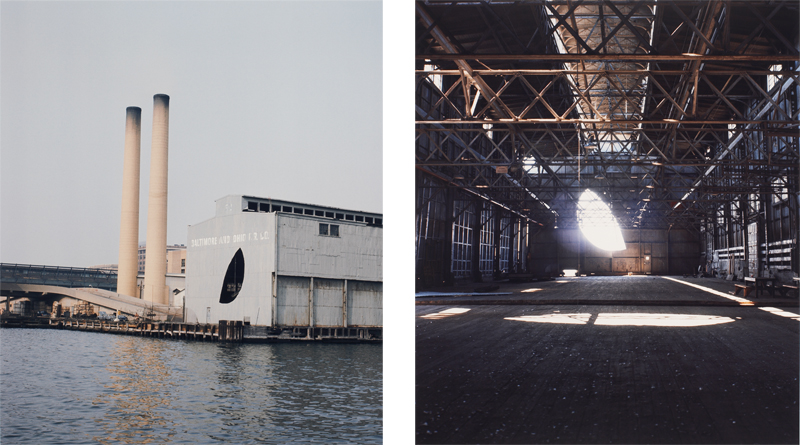 Although it was not mentioned in the exhibition itself, I was lucky enough to learn from its accompanying catalogue of a certain important platform that allowed the young Matta-Clark to press forward with his ideas. Known as 112 Greene Street, this experimental and noncommercial space was described in detail by the artist in a 1976 interview:

“One of the prevailing tendencies was – and I think Greene Street was typical of widespread sensibilities – the idea of working with a very specific, particular space. The generalized was downplayed. I wanted to alter the whole space to its very roots, which meant a recognition of the building’s total (semiotic) system, not in any idealized form, but using actual ingredients of a place. So physically penetrating the surface seemed the next logical step.”*

112 Greene Street was exactly the place that nurtured Matta-Clark’s originality, inspiring him to use entire spaces as material. For example, while living in the basement of the space, the artist dug a deep hole and planted a cherry tree in it, grew grass on the pile of dirt around it, and shone a grow light on it all to capture the appearance of cherry blossoms blooming on a green hill in the darkest, coldest hour of winter.

I also learned that Matta-Clark thought of himself as a performer of sorts and considered art “theater”. As such, Food was precisely the type of art project that went beyond creation, envisioning the formation of a new community by encouraging action in one’s surroundings through the incorporation of familiar elements such as food, music and dance. Gordon Matta-Clark extended the reach of his own creativity to include abandoned buildings and urban communities. While Greene Street, where the foundations for his artistic endeavors were laid, is not explicitly mentioned in the National Museum of Modern Art exhibition, Jessamyn Fiore’s text explains the creative background of Matta-Clark’s work in detail. 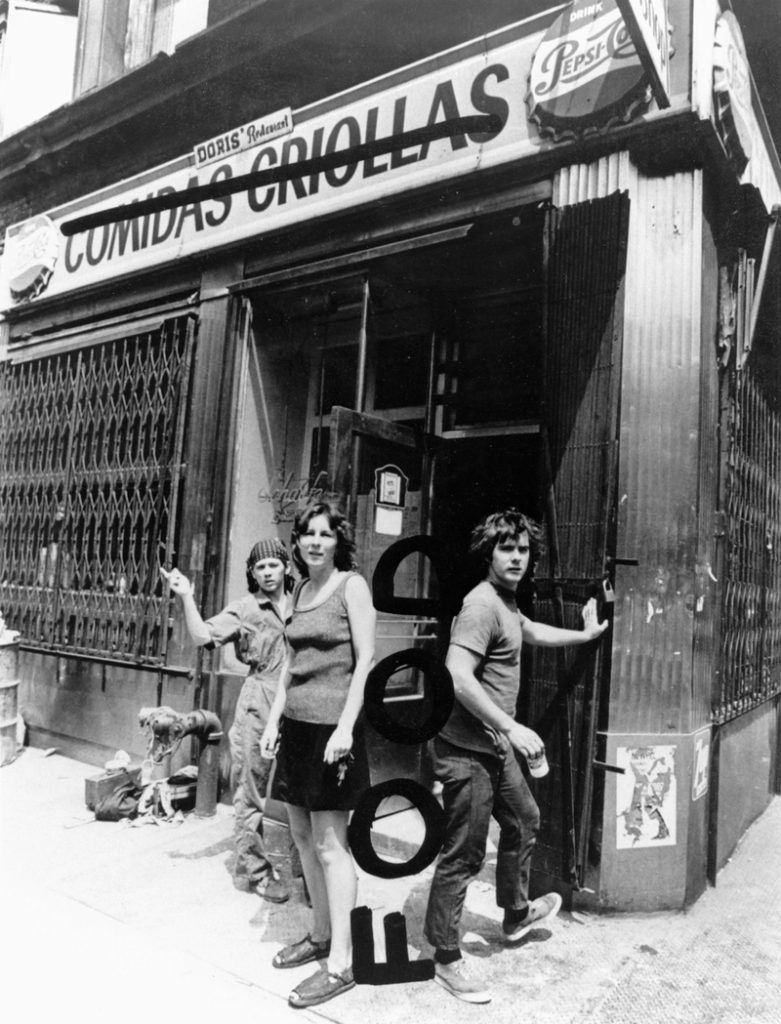 =Exhibition details=
Mutation in Space, a Gordon Matta-Clark retrospective at the National Museum of Modern Art, Tokyo, looks back at the diverse oeuvre of a man who worked across art, architecture, street culture and other fields in the urban landscape of the 1970s and also operated the Food artist restaurant. The exhibition consists of about 200 pieces and covers Matta-Clark’s entire career, which spanned only about a decade.