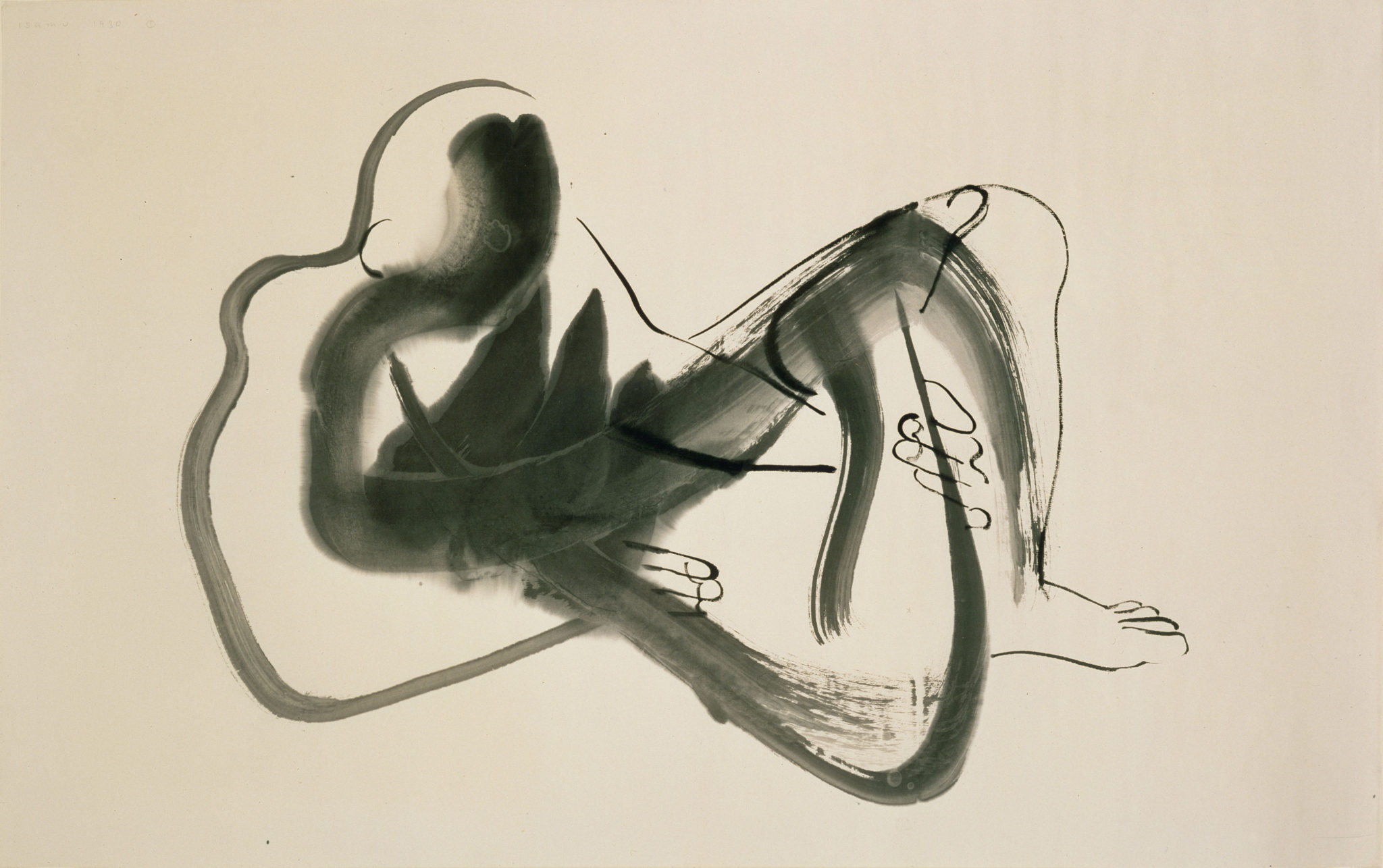 Isamu Noguchi (1904-1988) was a Japanese-American artist who was active for about sixty years in such diverse fields as painting, sculpture, pottery, performing arts, spatial design, architecture and landscaping. What comes to minds first and foremost when hearing Noguchi’s name is certainly the “Akari” series of lantern-like lighting fixtures, his glass-topped coffee table, stone sculpture, and such places as the Isamu Noguchi Garden Museum in Takamatsu and the Moerenuma Park in Sapporo. However the extremely wide range of his activities is at once an aspect that makes it difficult to grasp the whole picture of Noguchi’s work. 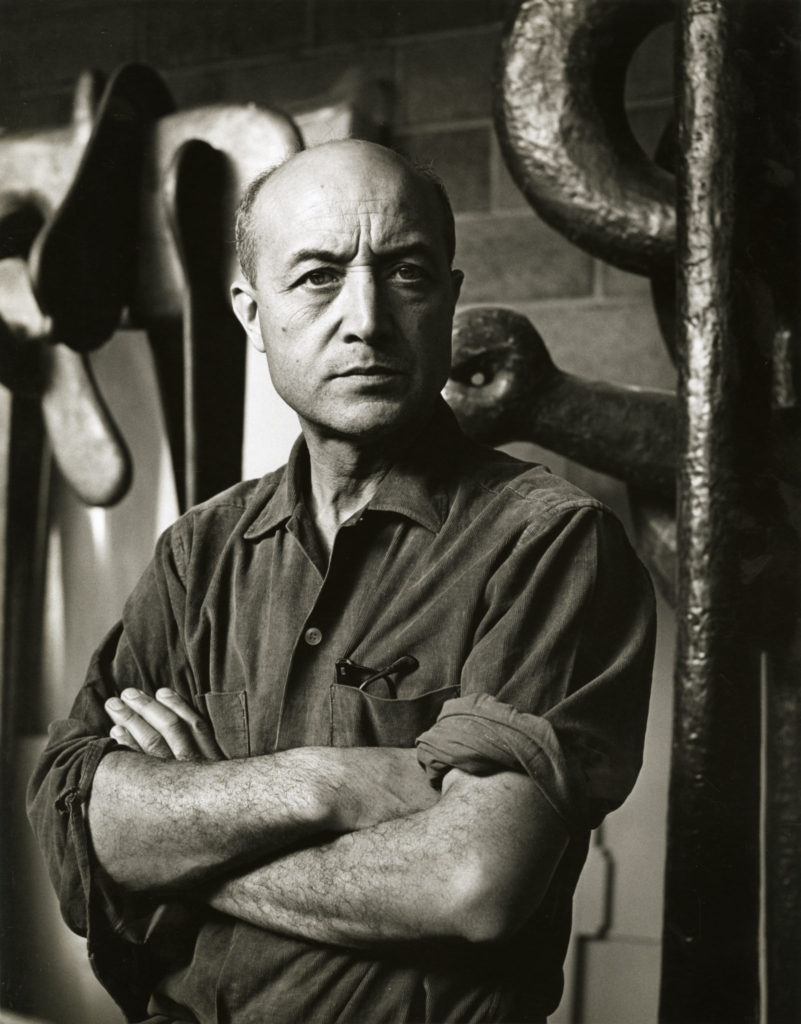 On display at the “Isamu Noguchi – from sculpture to body and garden” exhibition that is currently showing at the Tokyo Opera City Art Gallery are two- and three-dimensional items themed on the human body and environments that surround us in daily life, along with materials illustrating Noguchi’s work on larger garden design projects connecting his own sculptures with the earth. Isamu Noguchi was in Japan regarded as an American, and in America as a Japanese, and the somewhat funny looking designs inspired by the natural and cultural characteristics of Japan project these particular circumstances of operating between two different cultures, aspects of which eventually coalesced in his creations.

Looking at the flowing curved lines reminiscent of the contours of the human body that already appear in his “Peking Drawing,“ an early work made with ink and brush, the viewer can imagine the gradual process of formal abstraction that started from there. In addition, such ceramic and terracotta works as “Couple in Love,” “Love of Two Boards,” “Helmet” or “Sunflower” that were made in the 1950s in Japan demonstrate how seeking inspiration in the Japanese nature and traditional culture resulted in a unique form of contemporary art juxtaposing elements of ancient culture and modernism. 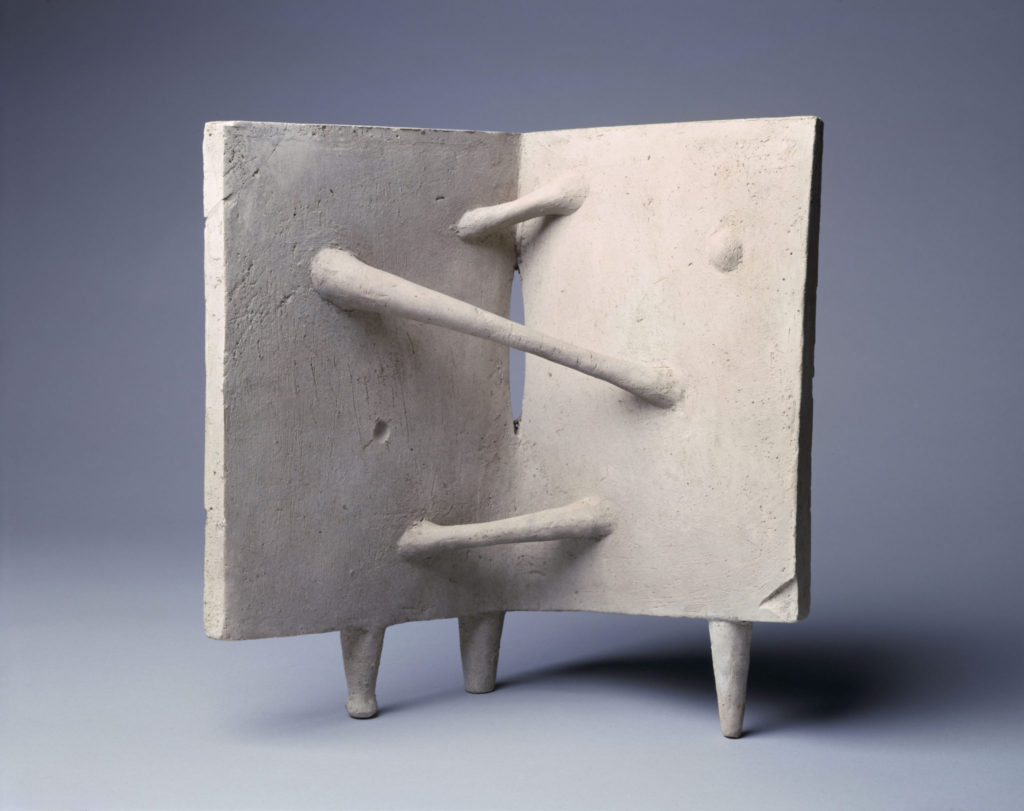 About the stone sculptures that marked the next stage of his challenging endeavors, Noguchi explains that they were made while “listening to the voices” of pieces of solid rock such as basalt and granite, in which the entire history of the earth is condensed. This is graphically manifested especially in one of his latest works, the Indian granite sculpture “Untitled” (1987) that looks like a giant fossil of a dinosaur’s egg. Borrowing from Michelangelo and his famous quote on how the sculptor finds the sculpture latent within the blocks, works like this suggest Noguchi’s idea of taking an unearthed object and finding in it the form it wants to assume, without adding any superfluous elements of his own. 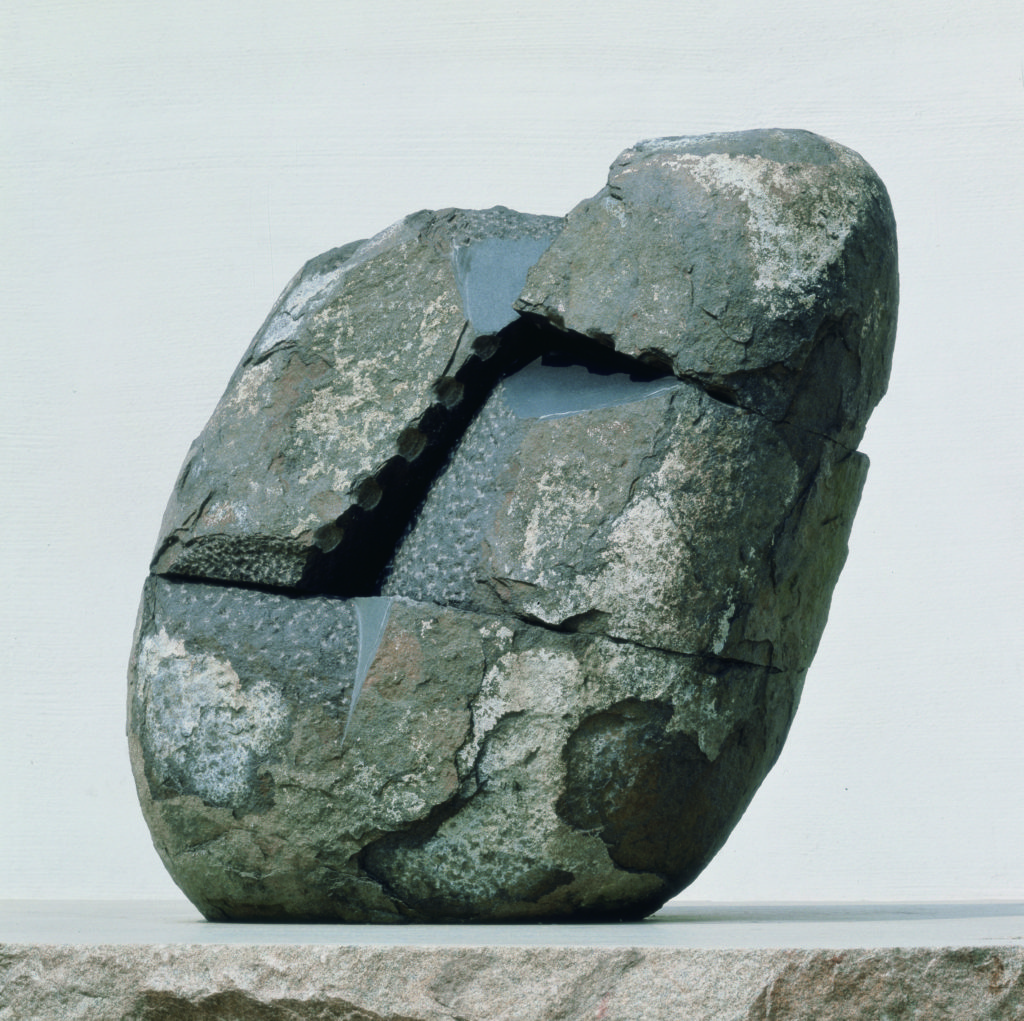 According to the teachings of his close friend, architect and thinker Buckminster Fuller, who considered a garden to be a “Spatial sculpture,” Noguchi asked himself as to what the social function of the sculpture as a piece of art was supposed to be, and began to engage in the design of landscapes and parks that he had been envisioning for a long time. This exhibition gives a panoptical overview of the work of a singular artist who continuously engaged in dialogues with the human body and natural materials. By illustrating the conception processes and the profound philosophy behind all of his activities, it conveys at once the somewhat isolated position of Isamu Noguchi.

=Exhibition outline=
This traveling exhibition commemorating the 30th anniversary of Noguchi’s death is divided into the four parts: “Dialogue with the body,” “Reunion with Japan,” “Sculpturing of space – Growing fascination with gardens” and “Communing with nature – Stone sculptures.” Through a total of about 80 works ranging from the early “Peking Drawing” to stage sets for Martha Graham, a central figure in the realm of modern dance; ceramic sculptures created in Japan; the “Akari” lighting sculptures; models for “spatial sculptures” in the form of children’s playgrounds and garden or landscape designs; as well as archival photos, newly shot video footage, and late sculptural works, the exhibition serves as a comprehensive introduction to the work of Isamu Noguchi.

Isamu Noguchi from sculpture to body and garden