Rosalind Krauss once argued that video art is a medium of narcissism. For Krauss, video art – contrary to the impression that video is a medium dealing with time – locks the subject in the present, cut off from temporalities such as the past and history, creating a narcissistic situation in which the focus is solely on the self. And the piece that exemplified breaking through this enclosure of narcissism was “Vertical Roll” by Joan Jonas. According to Krauss, the disturbance of images in the work – one that occurs by disrupting the vertical synchronization between camera and monitor – reintroduces the concept of time into a closed narcissistic domain, from which tenses other than the present had been excluded. 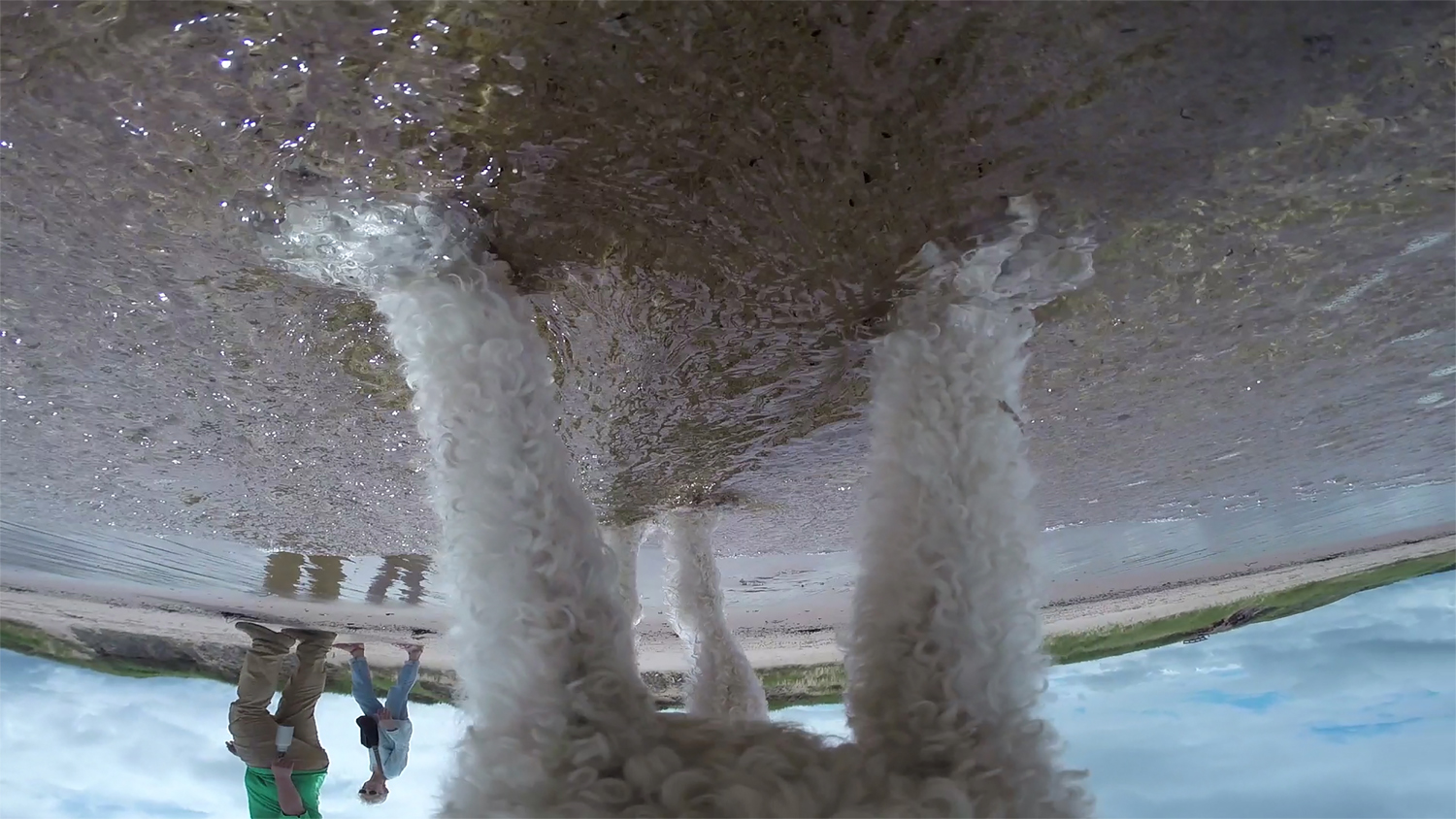 Still, by inserting technology into the now and here where a performance takes place, pieces such as the document-camera drawings in “Reanimation Performance” shine a light on the discontinuities that exist between the present and the flow of time. On the screen, document-camera footage of Jonas’s hands is superimposed onto images projected one after the other like in a slideshow. The artist traces the contours of the images through the document camera, but the image is always replaced by another before the lines can form a figure. These drawings never manage to catch up with the “present”, leaving only vestiges of bygone moments. The use of motifs hinting at the irreversible flow of time, such as the balls of yarn that are unwound in “Flawless Decoys”, also leaves an impression. I felt how Jonas’s concerns, unique to an artist who traverses the genres of performance and video, are entirely consistent with each other. 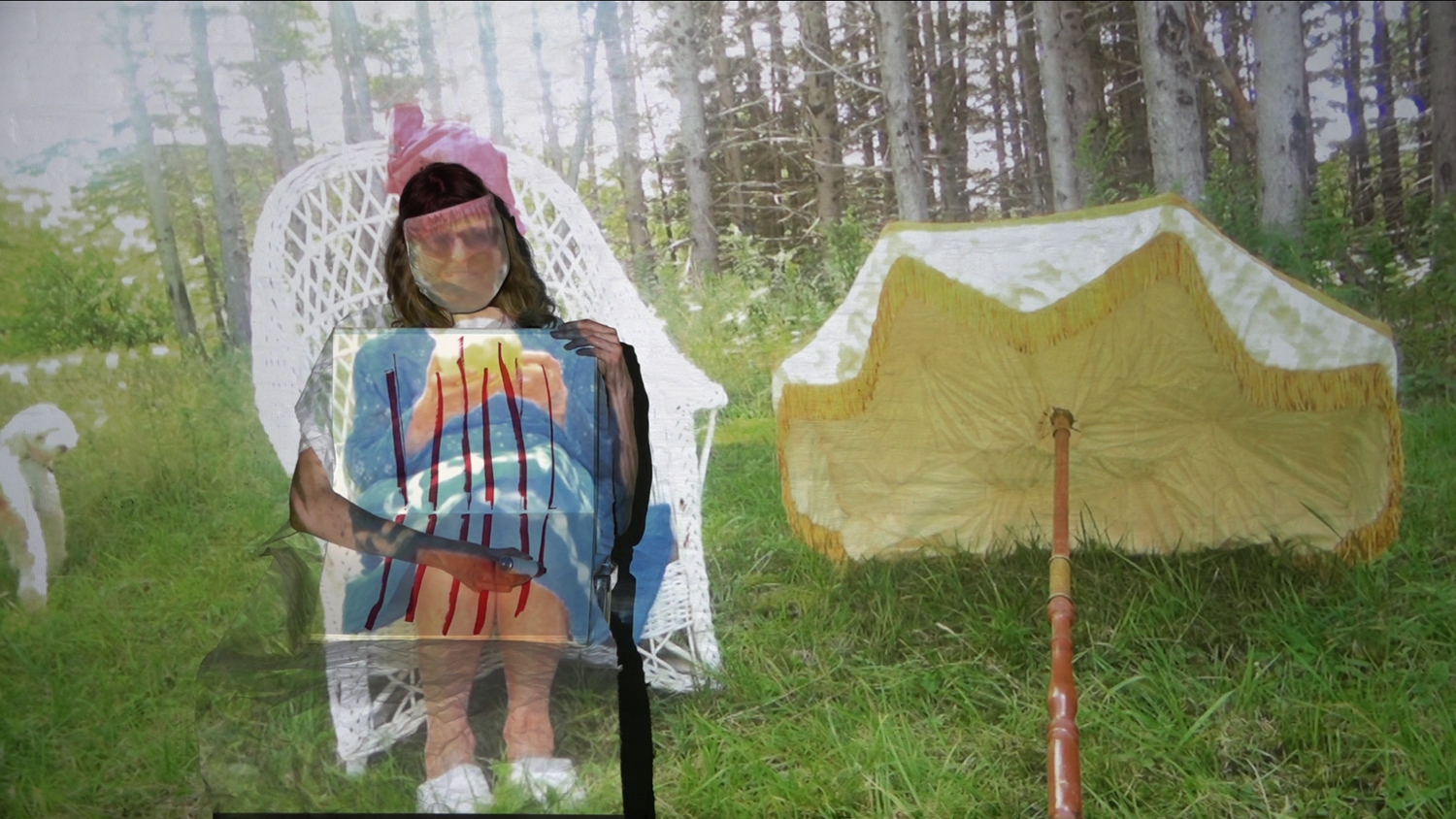 Another interesting thing was Jonas’s fascination with generating and deforming imagery. More specifically, besides the drawings that trace existing images and frequently appear in her performances, this is evident in elements such as the frottages in “Flawless Decoys” and the footage shot through distorted mirrors and screens in “Beautiful Dog”. Come to think of it, Jonas was also widely known for performances using mirrors, which she incorporated from an early stage. With this exhibition having successfully provided a glimpse of Jonas’s creativity through her recent works, I hope we will soon be treated to a retrospective or other opportunity to get a broad overview of her career.