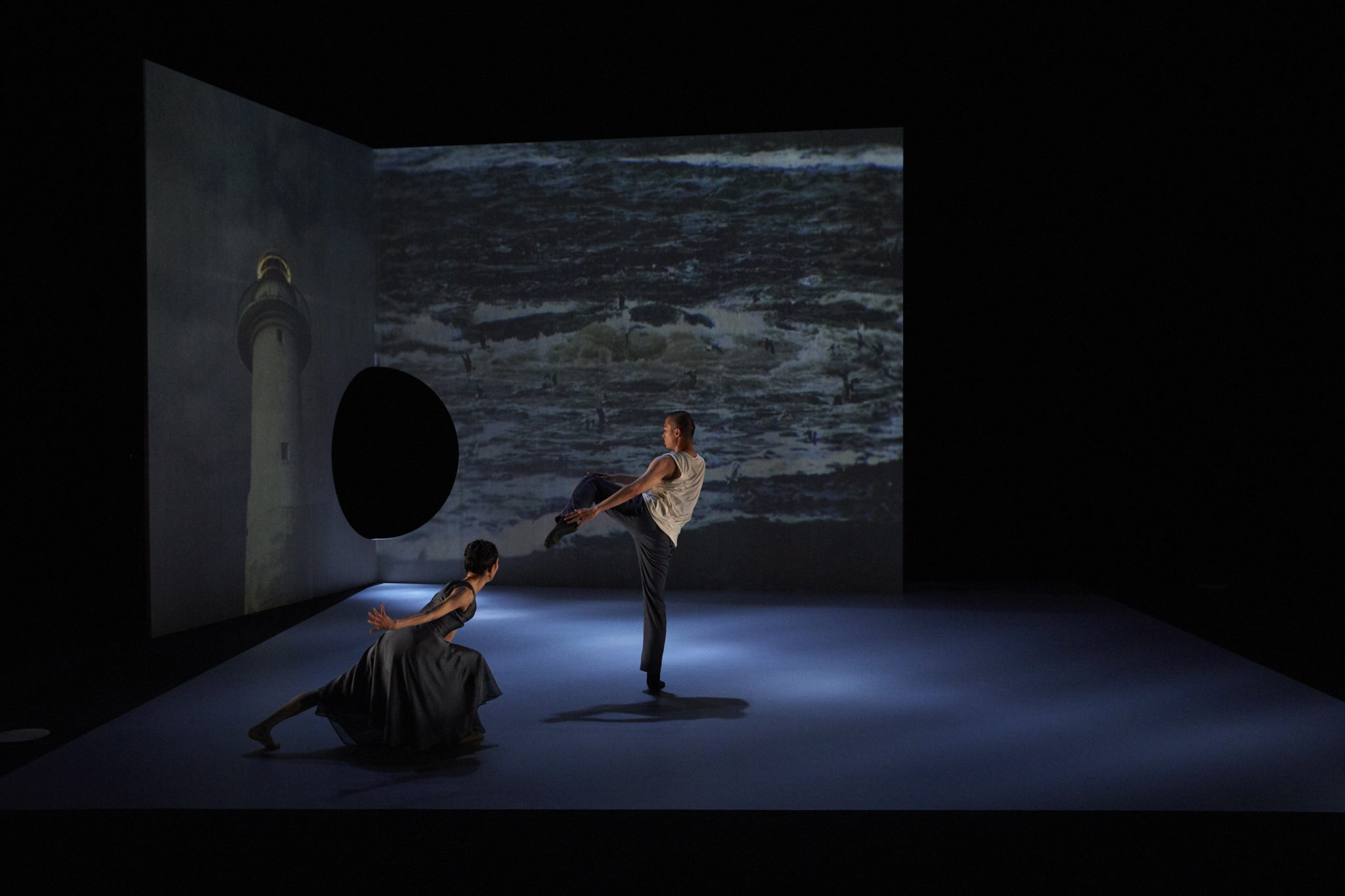 Rotation is a motif that appears in quite a few of Hiraki Sawa’s works. Shadows play a central role as well, and it is easy to guess the artist’s penchant for mechanisms. Add to this the fact that these pieces often feature readymade objects, and it becomes quite obvious that Sawa’s work has been influenced by Marcel Duchamp.

”Souvenir IV,” the first work that visitors encountered upon entering the venue of the “Latent Image Revealed” exhibition, is no exception. First unveiled in 2012, this black-and-white video is about four minutes long. A female dancer, wearing a sleeveless black dress, stands in a dark room with wooden flooring. The dancer is in a corner of the room (a kind of place that Sawa likes to set his movies in). Thanks to the light that falls in through a large window on the right-hand side, one can vaguely guess the wallpaper pattern on the left-hand side of the room. 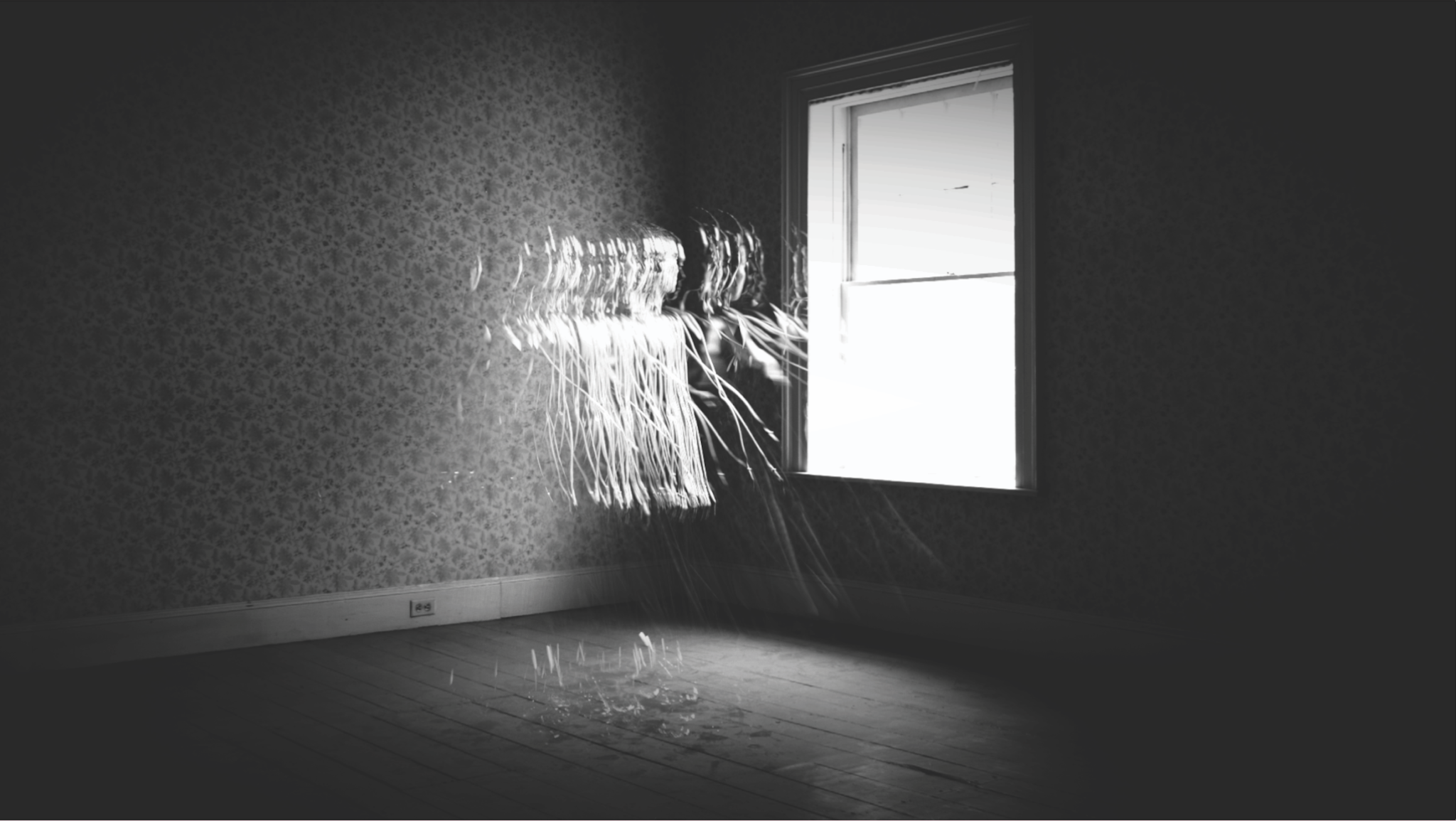 Seen from above, the dancer starts rotating in a counterclockwise direction. Her movements are broken up like those in the serial photographs of Eadweard Muybridge, and as she continues to rotate, traces of her movements as described by the silhouettes of her white arms and face remain visible on the screen like afterimages. Even without vertical motion, the work undoubtedly pays homage to Duchamp’s “Nude Descending a Staircase, No.2” (1912).

What is elemental here is that the screen onto which the work was projected was a theater scrim. From an exhibition technical point of view, it was important that the work could be seen from the entrance as well as from inside the exhibition space, while conceptually it certainly hinted at Duchamp’s idea of ”inframince.” The two-dimensional world skips the third dimension and heads straight into the fourth… 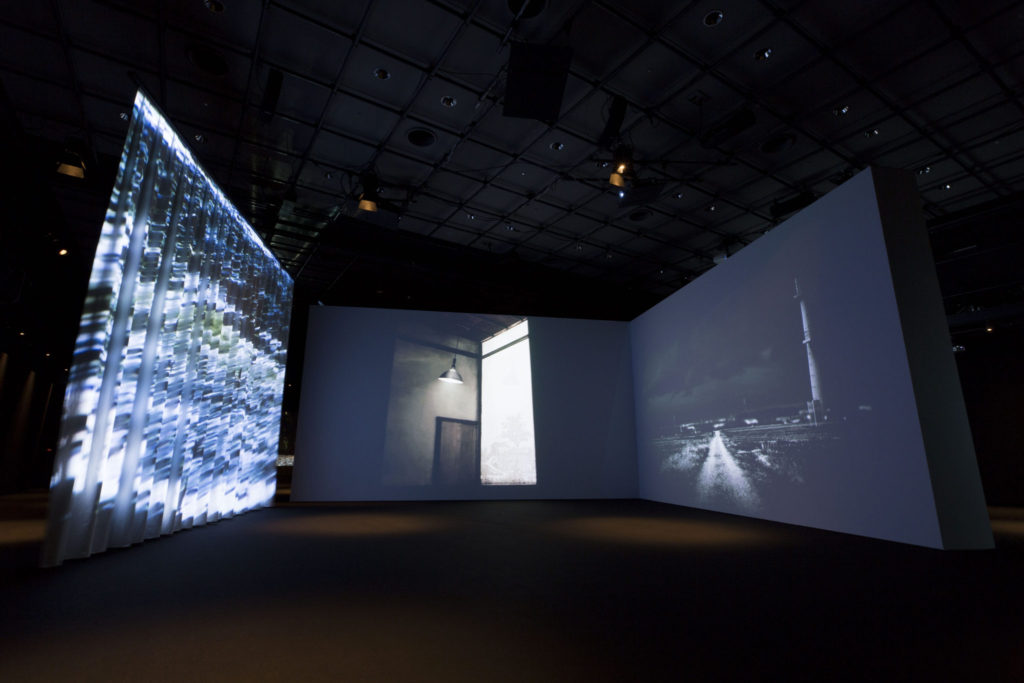 The new dance piece “silts” – marrying Sawa’s visuals and spatial composition with Yasutake Shimaji’s direction and choreography – was perhaps inspired by the same kind of interest. Installed on the stage was a white, L-shaped wall, with a round opening at the corner. Images were projected onto the two faces of the wall, and also onto the white floor. Two dancers appeared and disappeared mainly through the hole in the wall, carrying boards they used to interrupt the projections. The parts blocked out from the projected images were thus visible on these boards instead, suggesting the existence of a higher dimension.

Duchampian types of motifs here include a rotating vinyl record, a shadow of a set of horn-shaped speakers, and in addition, a mechanism involving a box and white smoke belching out from it when knocking on it – somewhat reminiscent of the Duchamp-designed cover of the March 1945 issue of the magazine View. In both cases, on the magazine cover as well as in the performance, the trails of white smoke are framed by a background image of the galaxy. 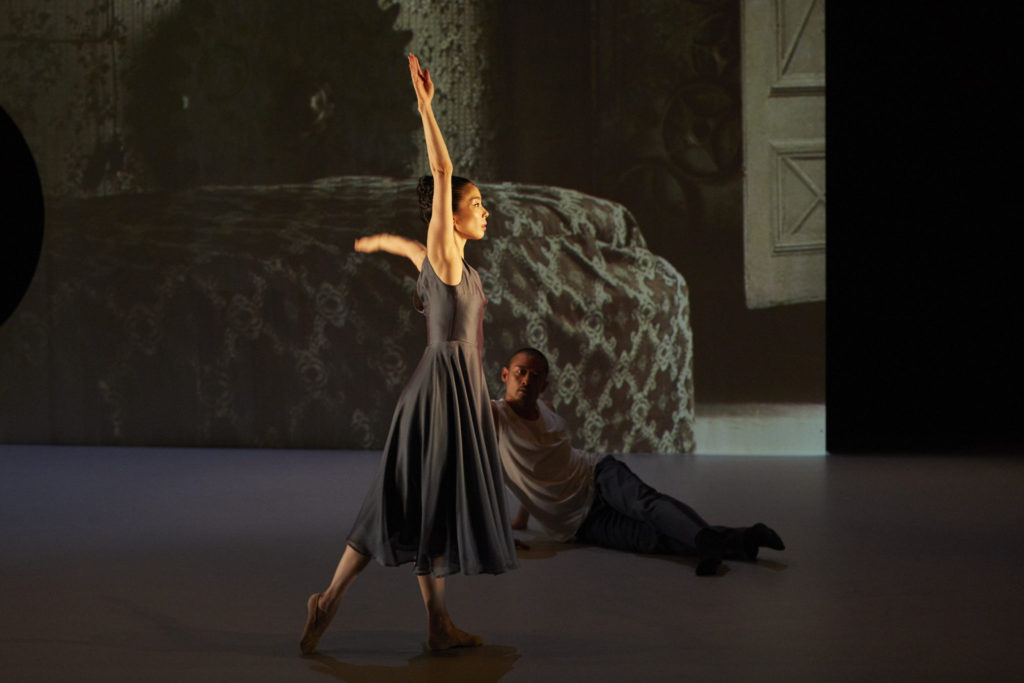 The dance performance of Shimaji and Hana Sakai was marvelous. Shimaji with his tall body came across energetic and dynamic, while the rather small Sakai looked graceful and lovely. So the two of them expressed two different aspects seen in Duchamp’s but not (or at least not as prominently displayed) in Sawa’s work: absurdity and sensuality.

All in all it was an ambitious cross-disciplinary effort, and considering that it was the artists’ first attempt, I think there is a lot of room for growth. And I do hope they will show the piece again.