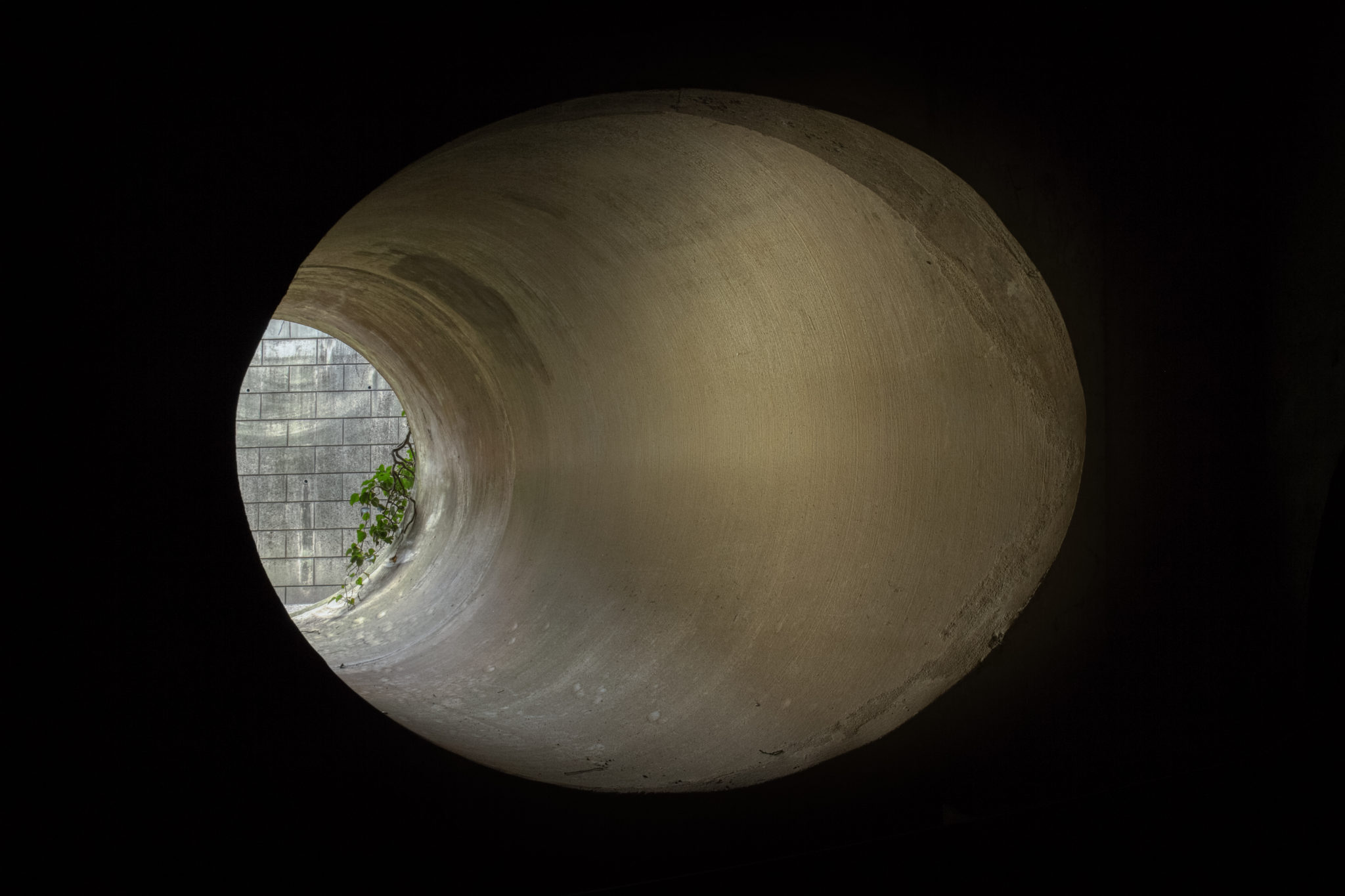 The exhibition space of The Container is an actual freight container that was installed on the semi-basement floor of a hair salon. It is a closed, dark and stifling kind of place, stepping into which feels like walking into a dark tunnel. While literally holding their breath, visitors to this exhibition watch Mischa Leinkauf’s videos as if peeking into the light-flooded outside world. Unveiled for the first time in this exhibition, Leinkauf’s newest work Endogenous error terms is composed of footage of underground road systems and tunnels filmed at places around the world, starting with Tokyo, and also including the Mongolian city of Karakorum, Moscow, Munich, Ekaterinburg, Athens, Florence and Vienna. 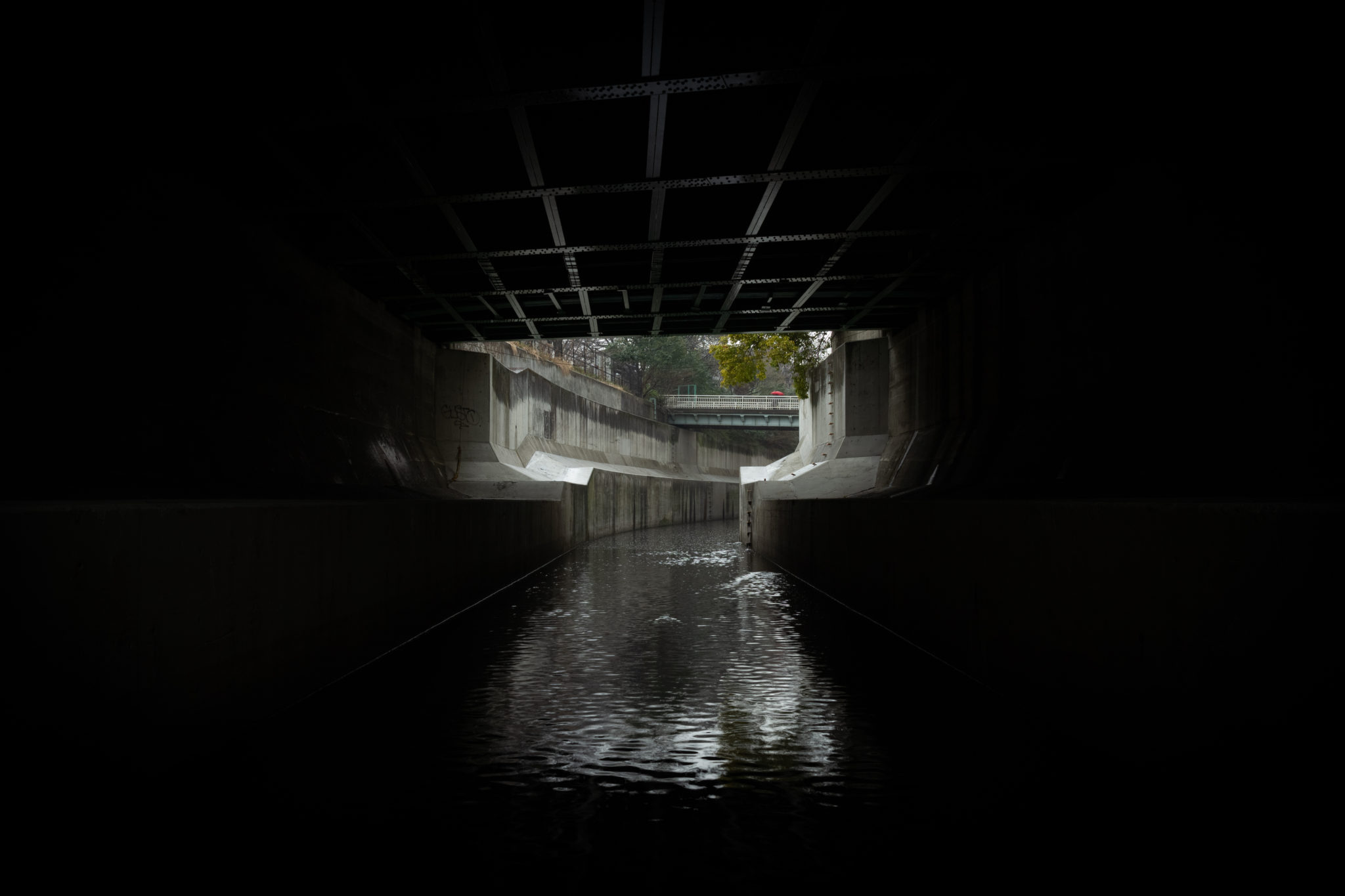 This project stared with exhaustive research into the complex structure of the city of Tokyo that Leinkauf conducted during his stay here as part of a residency program hosted by TOKYO WONDER SITE (now “TOKAS”) in 2011. He wasn’t alone though, as he brought along fellow artist Matthias Wermke, his old “partner in crime” ever since the two of them grew up together in former East Berlin. The duo of Matthias Wermke & Mischa Leinkauf had participated in the “REFLECTION – alternative worlds through the video camera” exhibition at Art Tower Mito in 2010, and in 2011, in the exhibition “Berlin 2000-2011: Playing among the Ruins” at the Museum of Contemporary Art Tokyo. Around the same time, the two artists’ residency began about half a year later than planned due to the earthquake in March 2011, and as soon as they arrived in Tokyo, they devoted themselves to their thorough exploration of the city “on foot.”

Making use of the astonishing physical abilities he had developed on parkours, Wermke staged performances, which Leinkauf captured on video. This was the standard format of their work at the time. In The Neonorange Cow, for example, they set up (without authorization) swings at places like bridge beams and subway tracks in Berlin, and shot videos of Wermke swinging on them. In 2014 they caused a controversy by climbing the steel tower of New York’s Brooklyn Bridge, and replacing the Stars and Stripes with a white flag. (The movie Symbolic Threats documenting that action was awarded at numerous film festivals, and even nominated for a European Academy Award.) During their stay in Tokyo, they would suddenly disappear on the way from one bar to the next, swiftly climb the external staircases of buildings and cross over from one rooftop to another, only to come back down and walk on as if nothing had happened. The results of these stunts were later unveiled in the form of the 32-channel video installation Drifter, consisting of breathtaking sceneries of “connecting to the city,” filmed from impossible perspectives and without using a lifeline whatsoever. 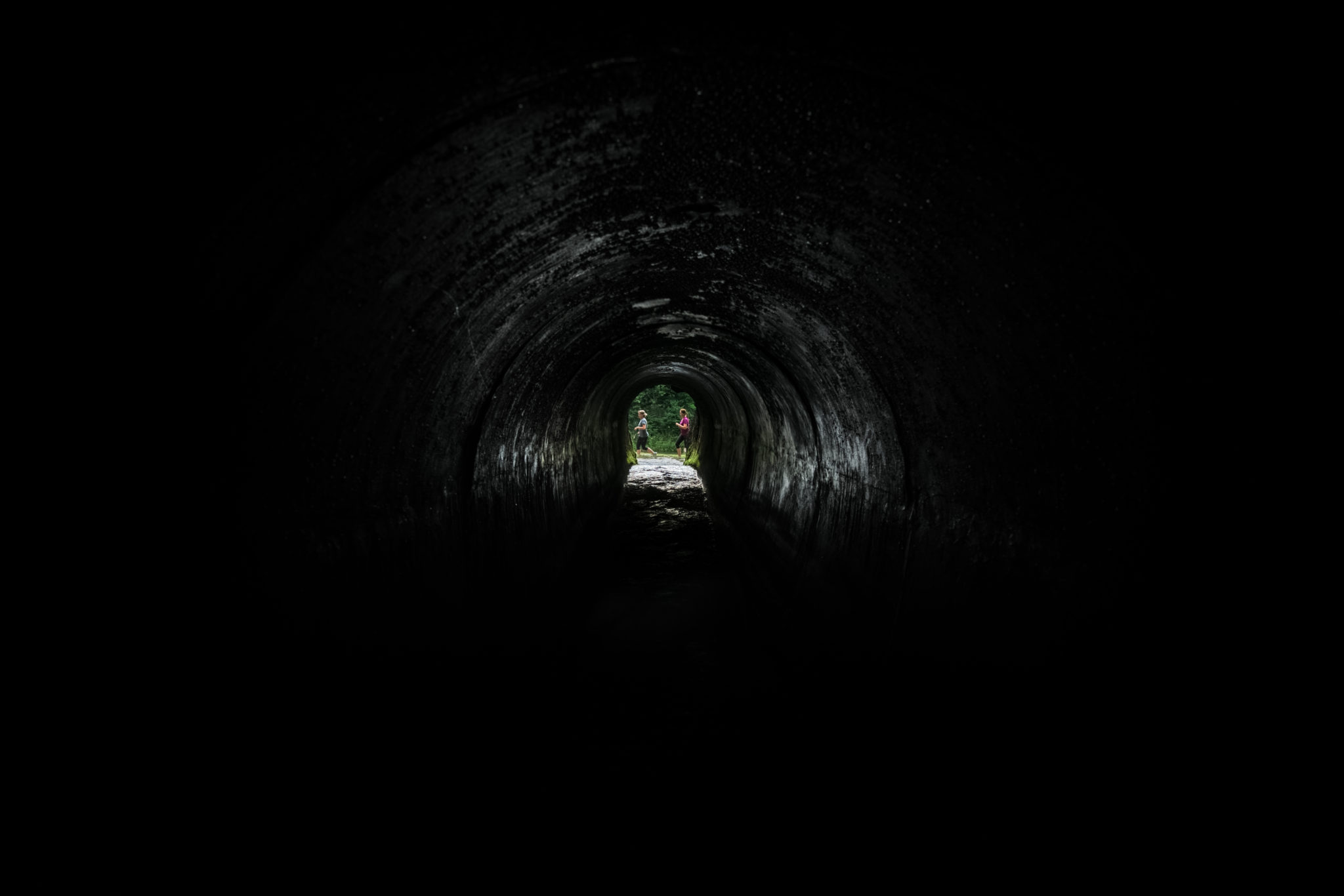 During his stay in Tokyo, Leinkauf looked not only upward, but also in the opposite direction. Focusing on the subterranean layers of the city, he repeatedly entered the underground through the drain culverts of the Shibuya River, to explore the underdrain network that silently spreads underneath the hustle and bustle on Shibuya’s Hachiko crossing and Center-gai. During his expeditions he sometimes got lost, or found himself in the rather dangerous situation of standing to his chest in the water, but enthusiastically walked on with the shining eyes of a Husky. Once back home from Japan, he began to compile the video and audio he had recorded in underground spaces in cities around the world into the series that is on display at this exhibition. 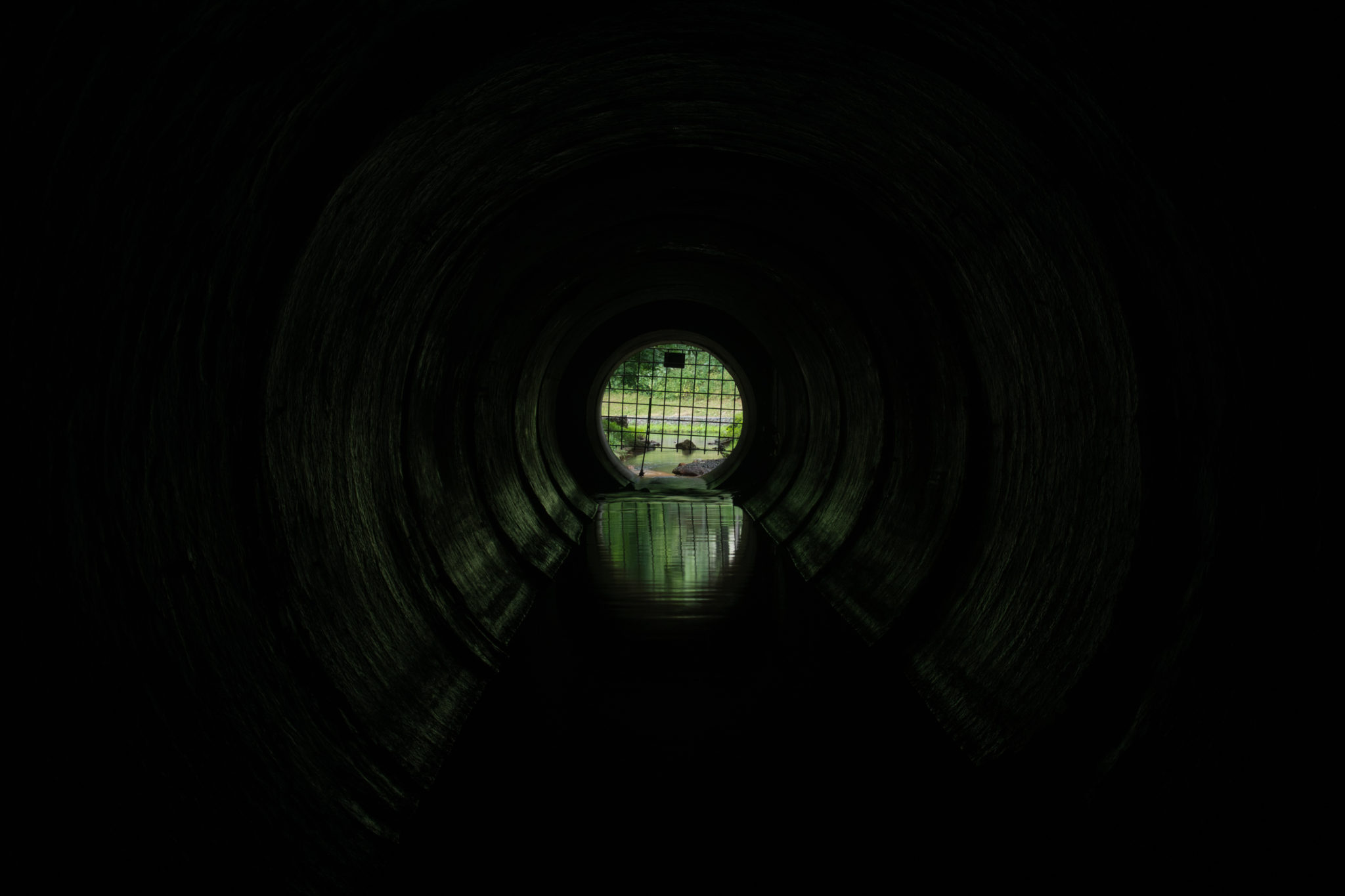 Speaking of works themed around underground spaces, photographer Naoya Hatakeyama’s Underground and Ciel Tombé come to mind. What distinguishes Leinkauf’s work from these is his unique, almost “fetishist” kind of motivation. (In the wake of the Fukushima accident, and from his concern about radioactivity and the situation of forced relocation, the initial idea was that he might find safe “shelter” in the underground, but as soil and groundwater were in fact polluted with radioactive substances as well, that plan was soon abandoned.) The point that fascinated Leinkauf so much about these underground explorations was the effect of “peeking at bright places out of dark environments.” The approach of skeletonizing the fundamental structure of the real world from positions outside the frameworks of laws and systems is exactly what initially inspired the “establishment of relationships with the city” that he has been pursuing since his first artistic endeavors with Wermke. Born in 1977 in cold war era East Berlin, in 1989 Leinkauf experienced the fall of the Wall and the subsequent paradigm shift that came a bit like a forced reboot, and this must have had a commanding influence on his approach to his work. He knows from his own experience how people living “on the bright side” are unaware of the viewpoints of their neighbors who look at them from the other side of the world, because bright places are easily seen from the dark, but from the bright side, things on the dark side are hardly visible. The “coordinates of his present location” that the artist instinctively grasps through his expeditions from the blind spots within the city structure may indicate viewpoints for detecting the invisible water veins that are running around the dark side of society.