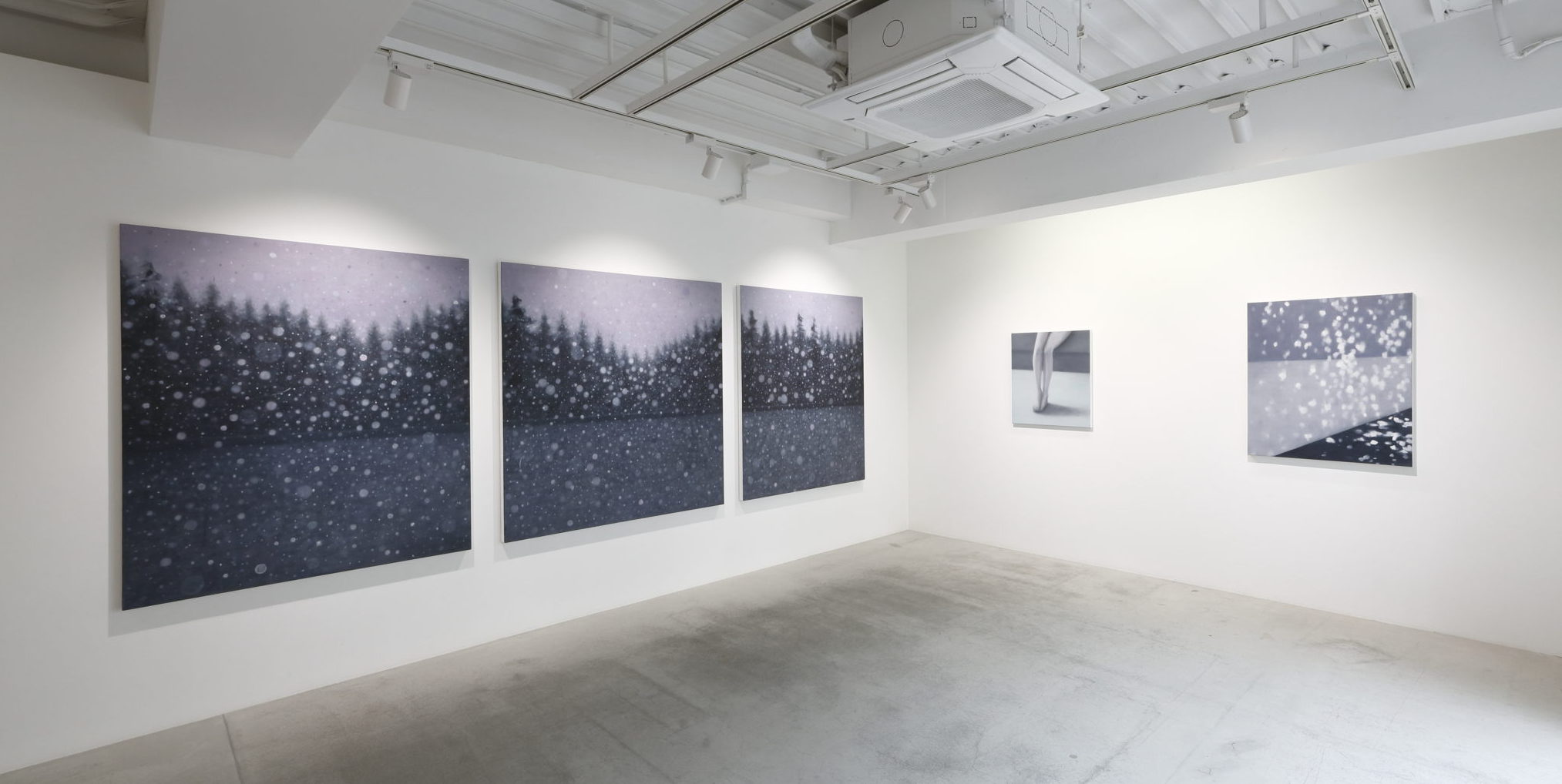 The work “Kowaremono” that the exhibition takes its title from is a painting that shows what could either be a waving curtain, or the boundary between skin and clothing. Along with the enigmatic title, the painting puts me at a loss as to how and from what angle I’m supposed to look at it. Am I watching the subtle movements of an organdy-like cloth from outside the building? Or am I trying to verify the soft fabric’s texture at a place inside where I feel secure? As the title suggests, the painting shows something brittle and fragile, but at the same time I realize that it shows also the flexibility and inner richness of weak and ephemeral things.
Miwa Ogasawara is a painter based in Germany, who uses subdued oil colors to depict such vague and intangible subjects as light, shadow, wind and air. Motifs that repeatedly appear in these paintings include indoor spaces, bodies of young or adolescent boys and girls, and trees. These things quietly dwell at places that could be anywhere and nowhere, at an indeterminable time somewhere between day and night.

This exhibition – the artist’s first solo show in Japan in five years – includes also a new trilogy of works titled “border,” as well as works depicting landscapes such as the “birds” series. Birds and air particles appear to be just aimlessly drifting as they travel back and forth across boundaries that aren’t supposed to be there in the first place. Each bird inspires the viewer to imagine where it might fly; whether it moves toward or away from the viewer. Seemingly free to go wherever they want, at the same time birds are perhaps also creatures so weak that they are easily swept away. When moving beyond the paintings’ apparently simple surface layers, and inspecting carefully what lies underneath, one recognizes the complexity and ambivalence behind superficial weakness, brittleness and fragility – at once the central theme and common thread that runs through all of Ogasawara’s works – and is encouraged to reconsider the meaning of viewing paintings. 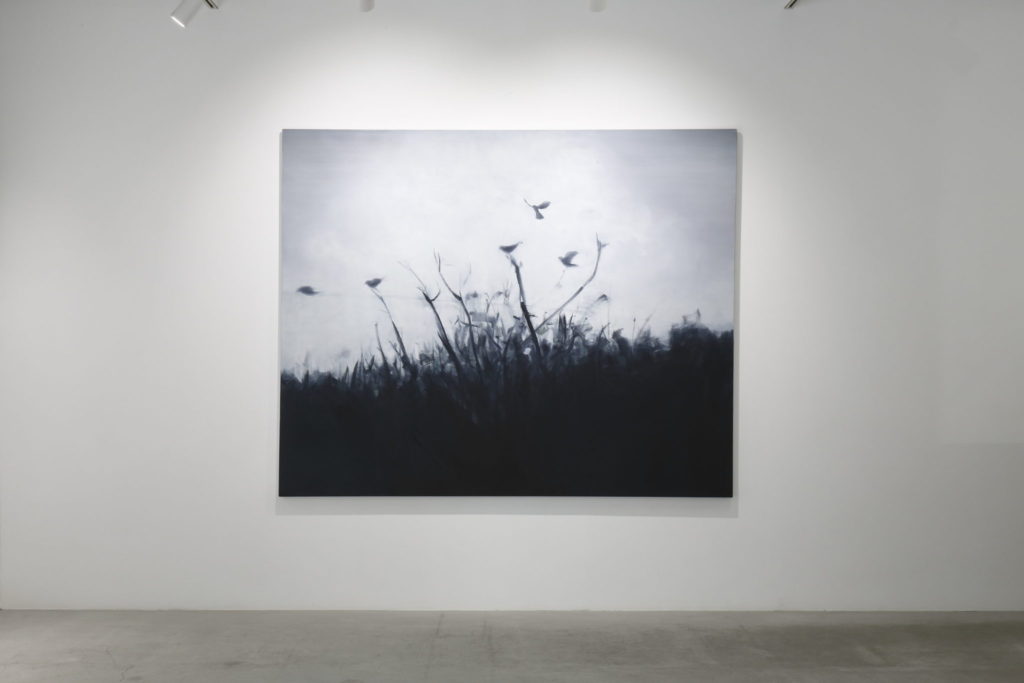 Ogasawara told me that these works were painted while thinking about today’s social conditions, especially issues related to refugees and immigrants. But she also explained that it is not her job to reflect such things as they are. Indeed, a painter is not a novelist or an architect. Ogasawara doesn’t design buildings or create storylines, but the viewer can create from her works construction plans as well as narratives.
In the contemporary art scene, where large-scale works realized with cutting-edge technologies tend to attract the most attention, to encounter Ogasawara’s works that demonstrate various kinds of strength within weakness was for me an opportunity to reconfirm the vagueness of my own existence. It seems to me that becoming aware of the weaknesses that we all have in us starts with watching the boundaries between ourselves and the outside world that Ogasawara depicts in her paintings.
The power to deviate from and resist against the loud-voiced majority, and jeopardize mainstream thinking, is perhaps something that radiates from that very notion of vulnerability and fragility.