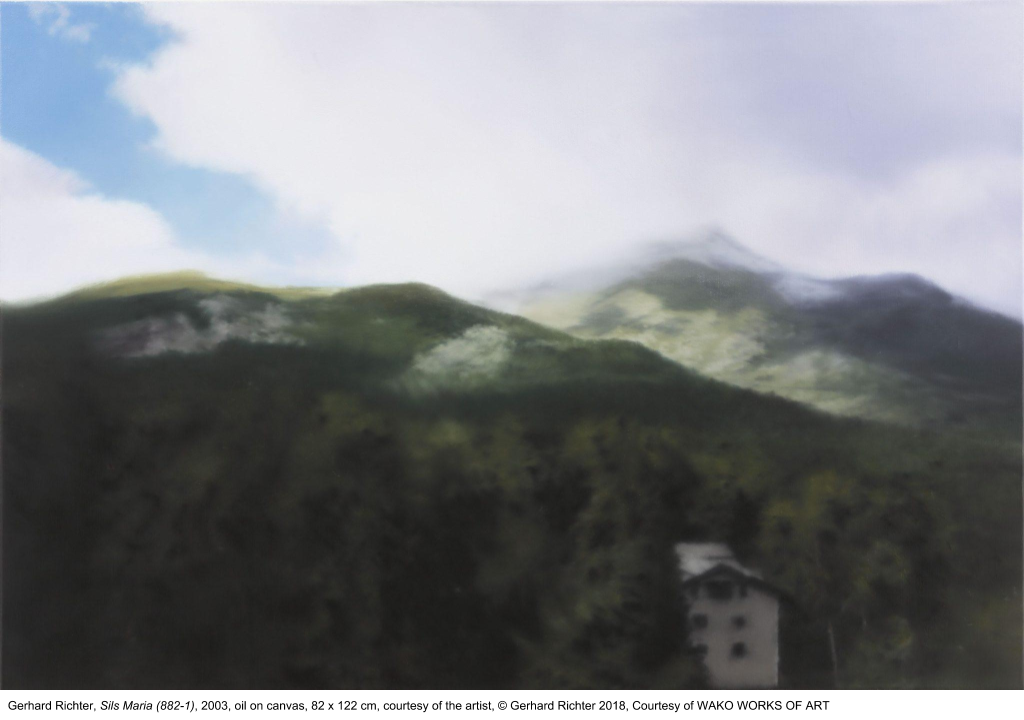 The entire exhibition consists of only three pieces: “Landscape with a Hunter” by the French painter Gustave Courbet, German contemporary artist Gerhard Richter’s landscape work “Sils Maria (882-1)”, and “Abstract Painting (Ravine)” from Richter’s famed Abstract Paintings series. Placed in a quiet corner of the permanent exhibition, these works are highlighted in an atmosphere so intimate that it feels almost out of place in a museum.

The combo of Richter and Courbet seems both deeply meaningful and like a complete mismatch. Placing any arbitrary great painter in front of Richter, who has been confronting the (im)possibilities of painting for more than half a century now, is an easy way to create pseudo-meaningful tension. However, this exhibition is based on a simple idea, namely “a Courbet landscape painting hangs on the wall of Gerhard Richter’s dining room, and his own work Sils Maria hangs in a neighboring room”. In other words, the exhibition uses a Courbet from the National Museum of Western Art’s collection to artificially recreate Richter’s home.

While transplanting the casual curation in the artist’s dwelling into this small space, the exhibition makes clear the extent to which Richter’s work departs from the framework of modern painting by sticking another one of Richter’s “Abstract Paintings” in between the two pieces. In contrast, through an effect of reverse exposure, the modernity of the Courbet is thus revealed in all its clarity.

Such a contrast can be achieved precisely by comparing Courbet, who belongs to the tradition that begun with the Renaissance and understands painting as a “window” set in a frame, with Richter, who embraces a strange materiality as an autonomous “image” in itself. In addition, while the rough brush strokes in the Courbet, such as its vivid white highlights, bring to mind a distinctly modern system of problems by highlighting the tension between the illusion of a painting and its materiality, the “Abstract Painting”, in which the “ingredients” of an image are splashed on the work to emphasize its excessive materiality, slides the “image” into the modern dichotomy of illusion versus material, thus appearing to graft contemporary visual culture onto the history of painting.

One could go on forever juggling such neat words to summarize the exhibition. Still, what really should be emphasized is that this minimal display provides an experience so dense that it defies description. It is imbued with the charm of curation, which, even without so-called masterpieces, can bring about multilayered meanings by making choices and manipulating spaces. 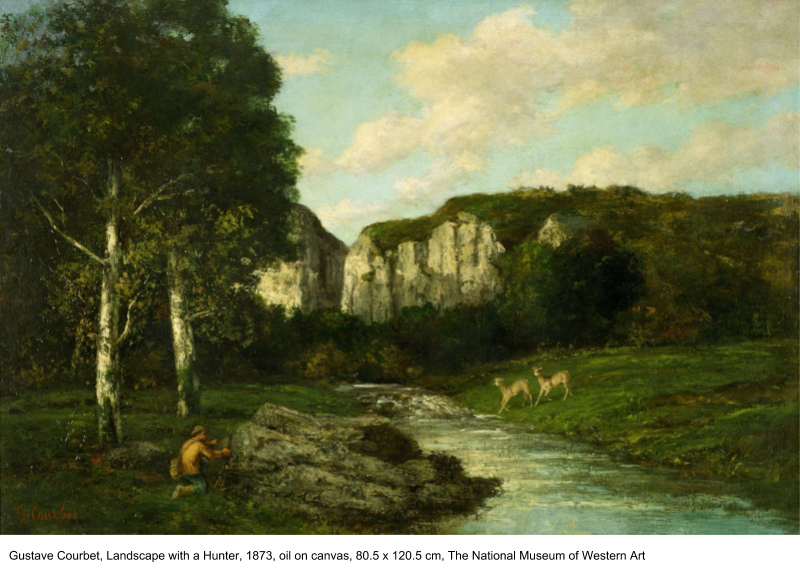