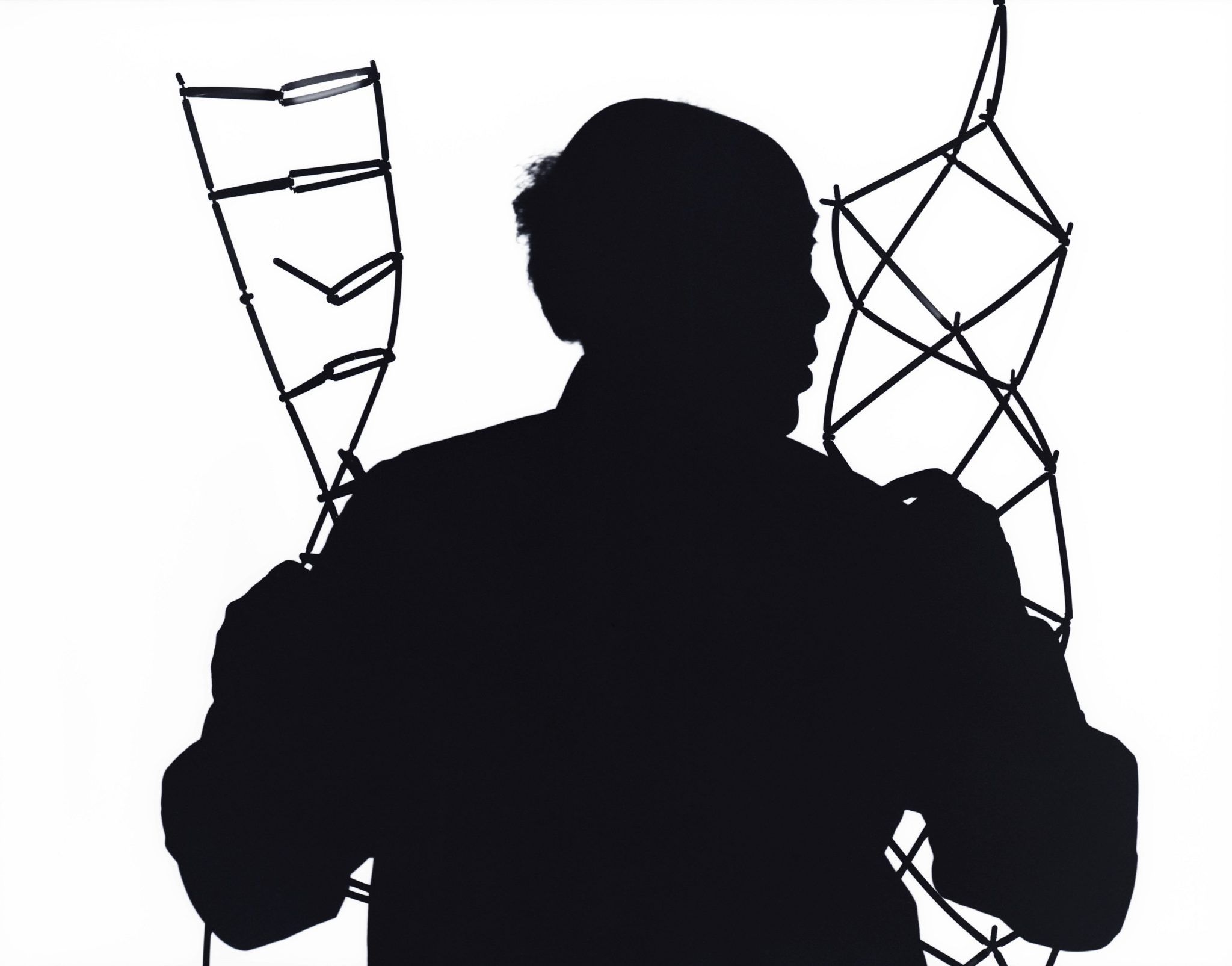 I went to see Kunie Sugiura’s retrospective show “SUGIURA Kunié: Aspiring Experiments / New York in 50 Years” at the Tokyo Photographic Art Museum. The large-scale exhibition traces the photographer’s career in a total of five parts, ranging from her early black-and-white nudes shot with a fisheye lens, works juxtaposing photographic elements and acrylic paint on canvases, and montages of human figures and landscapes, to the later geographic experiments in Sakurajima. What especially grabbed my attention were the photograms in part 3, “Photograms and Installations 1980.” Showing such ordinary objects as flowers, frogs, eels and catfishes, these items were made in the second half of the 1990s. A photogram is a photographic work that is made without using a camera, as images are instead created in the darkroom by exposing photographic paper on which objects are placed directly. This technique was developed in the 1920s by the likes of Moholy-Nagy and Man Ray. 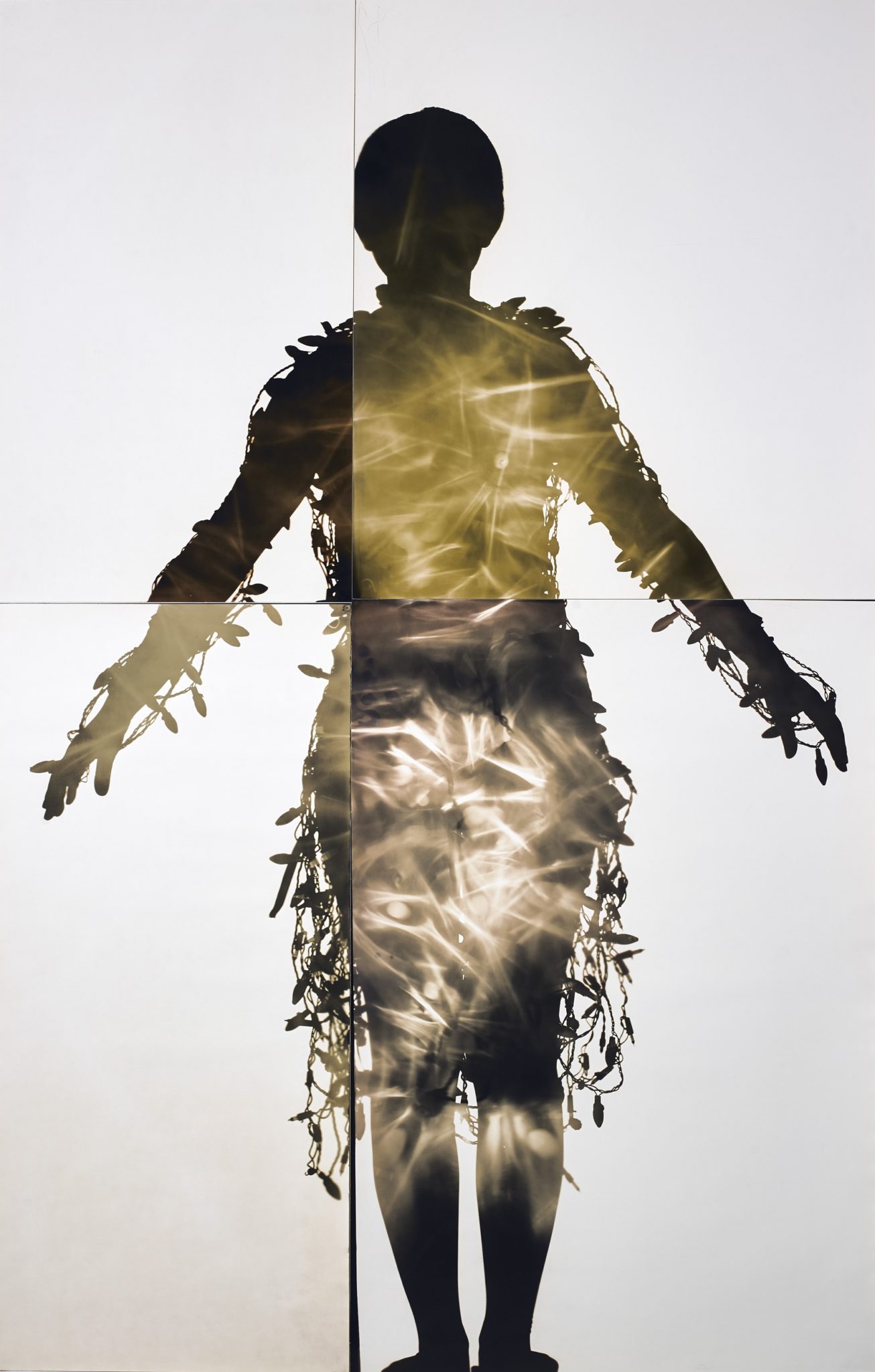 It was about twenty years ago, when I was working as a curator and art critic in New York, that I had the opportunity to visit Sugiura’s home/studio and take a look at her works. It was a cold winter day, and she served me hot cinnamon tea at her house somewhere in Chinatown. While talking about her past activities and recent concepts, at one point my attention was involuntarily caught by a number of framed works that were leaned against the wall. I suppose that some of those works I re-encountered again among the photograms that instantly caught my eye at this exhibition. Just like I had felt the first time around, it was again as if being drawn deep into the gelatin silver prints, which must be due to their transparent, bluish pallidness and expansive composition. 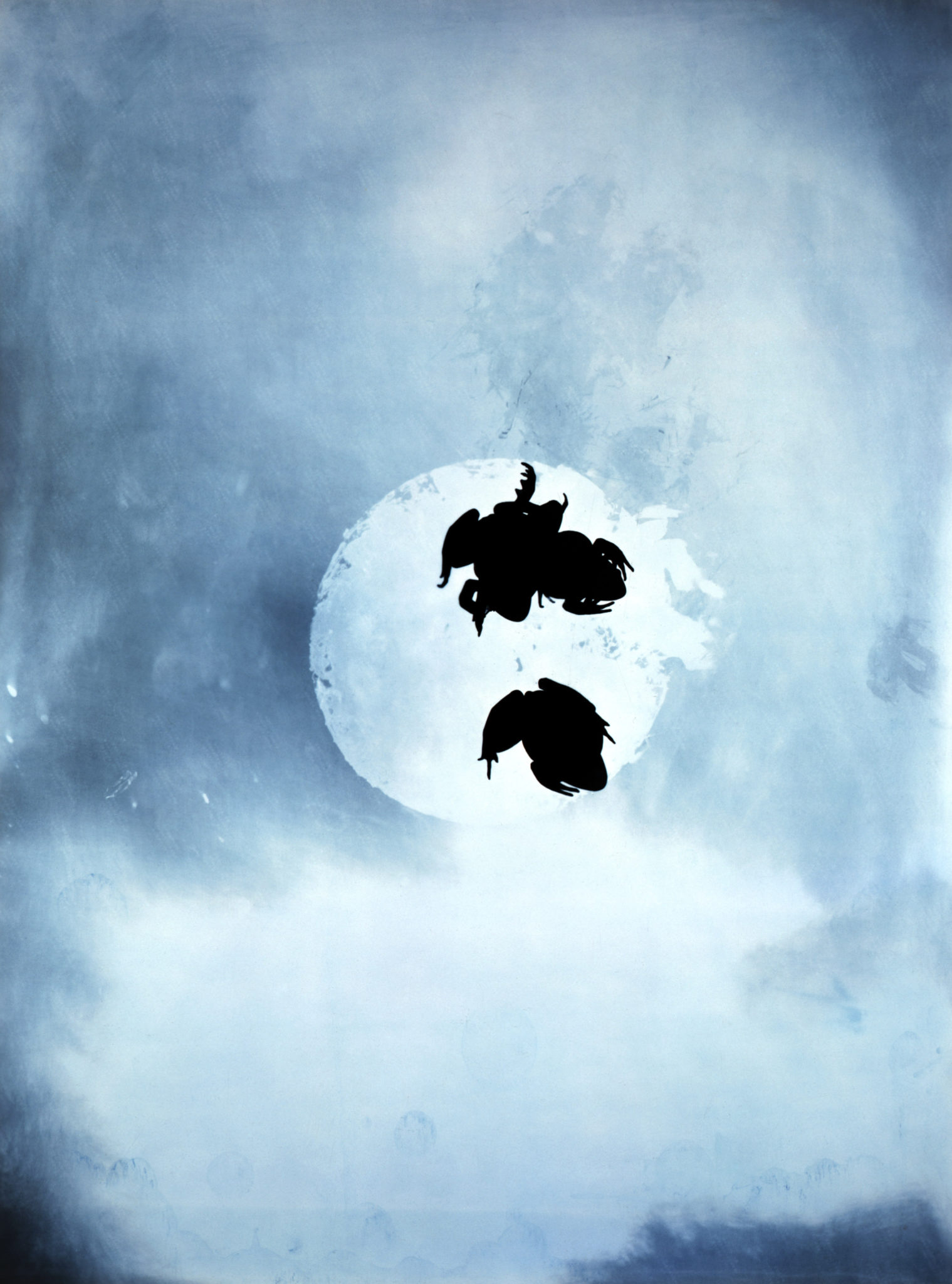 If a camera can capture everything in the short, middle and long range at once, these photograms are perhaps attempts to express the infinite space that unfolds further behind all that. In ”Hoppings D Positive2,” one can recognize two leaping frogs in the center. Both are dynamically outlined as shadow images in front of what looks like either a cracked egg in the hatching stage, or the moon as it softly illuminates the night. In any case, the background is dominated by a calm atmosphere, so it seems that this work expresses both motion and stillness at the same time, like a snapshot that captures the very essence of time. According to the speed at which our brain processes information, we perceive the passage of time as a constant flow, but the true nature of time is something that remains unknown. If we tried and removed our brains for a moment, time would probably appear like an infinite motion, just like the movement in this work. It only seems like yesterday that Kunie Sugiura told me she was creating works all the time but had no opportunity to show them all in one place, and I left her studio while adding that it would be great if we could do a large exhibition one day. I hope that this retrospective show will be an opportunity for as many people as possible to encounter these works, and recognize in them an exquisite combination of intelligence, flexibility, and above all, unsurpassed edginess. 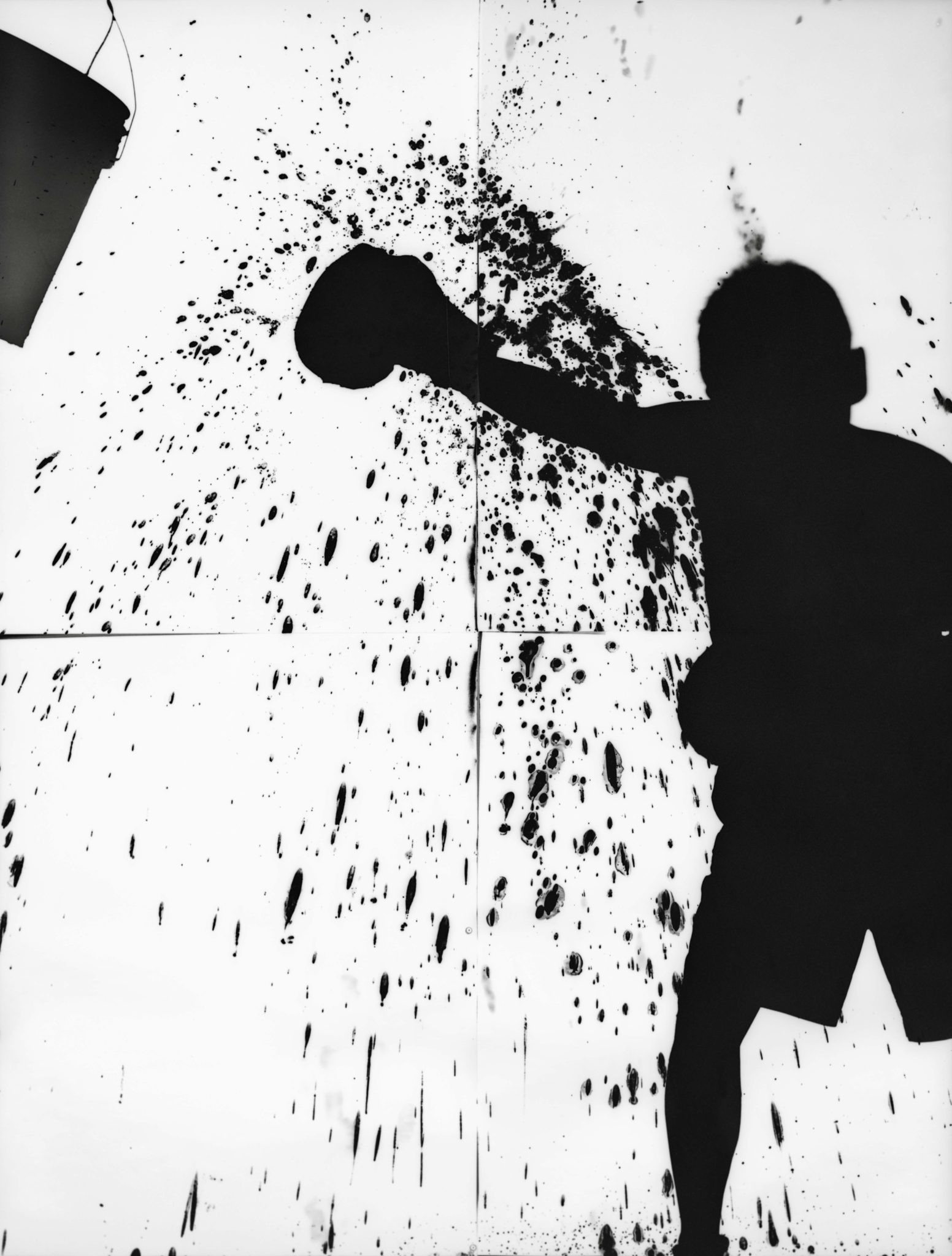 Jul. 24—Sep. 24, 2018
Closed ：Monday (if Monday is a national holiday or a substitute holiday, it is the next day)
Admission：Adults ￥900／College Students ￥800／High School and Junior High School Students,Over 65 ￥700

Worked as Curator, Art Critic and Yoga Instructor and now working for some government institutions as an interpreter and a translator. My favorite motto is “The higher the hurdle, easy to pass through”.