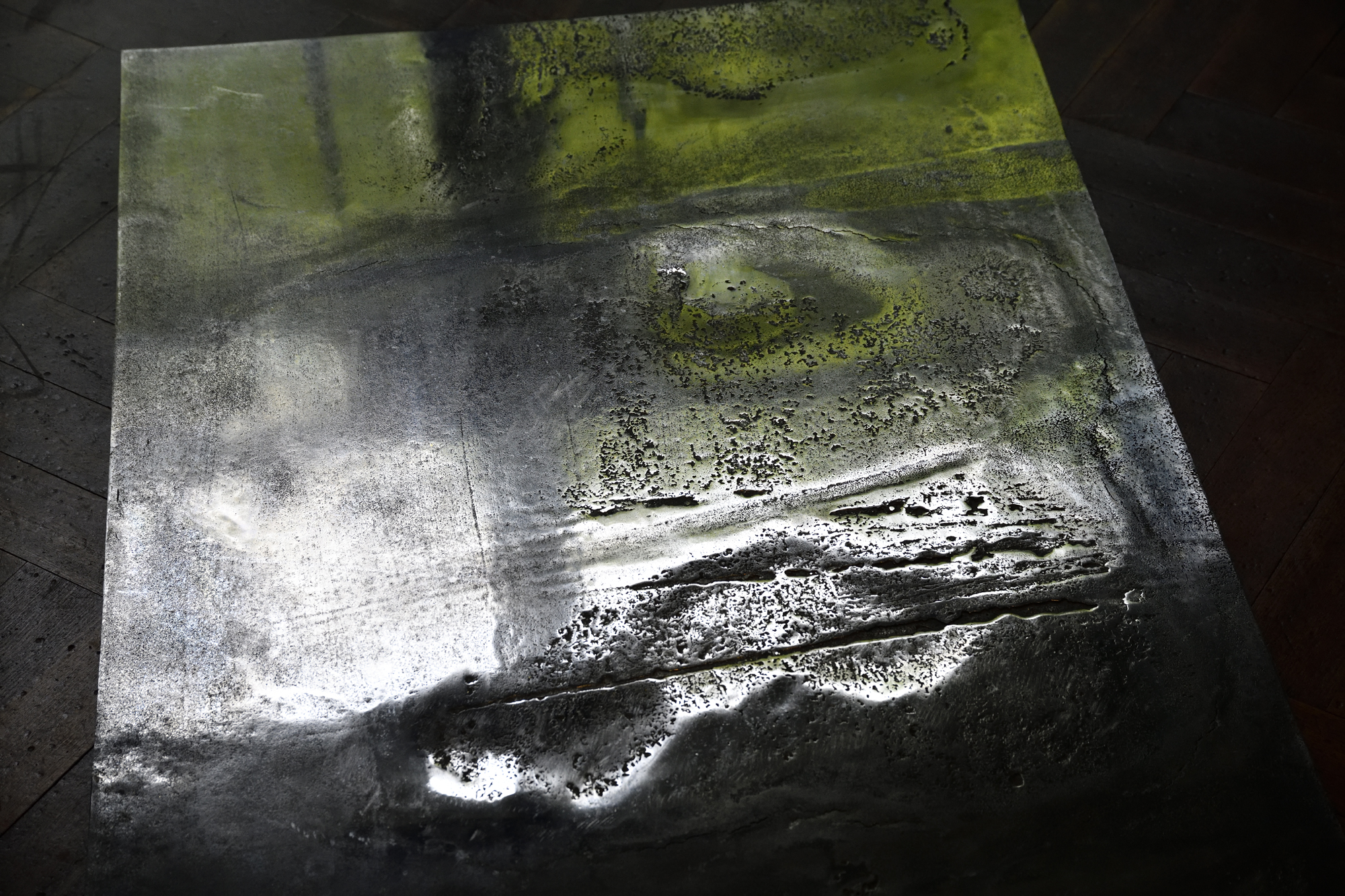 A “natural kingdom” born from the collision of ideologies

The 38th parallel north is the line that roughly demarcates North and South Korea. After the armistice agreement at the end of the Korean War in 1953, a military border of about 248 kilometers length was established, with a ”demilitarized zone (DMZ)” two kilometers north and south of it. Three million land mines have been laid there since, which has turned the area into a zone that is off-limits to humans, and a paradise for other creatures to live in a perfectly natural environment without human interference. The Korean DMZ is today more than twice as old as the restricted zone in Chernobyl and the paradise for wild animals that has grown there, and is home to 5,057 types of plants and animals such as rare white-necked cranes and Asiatic black bears, and a total of 101 endangered species such as the Japanese crane.

In 2014, Jae-Eun Choi, an artist born in Seoul, launched a project focusing on the future of the DMZ as a place of coexistence between man and nature, and as a symbolic space beyond the history of the divided peninsula. With the cooperation of architect Shigeru Ban, Choi proposed to set up a 20-kilometer-long elevated promenade made of bamboo across the Yeoggogcheon branch of the Hantan River to avoid land mines, along with additional artworks in the form of pavilions and pagodas. She further explored the possibilities of organizing a seed bank for plants in the DMZ and setting up a biological library, for which she considered the reutilization of the Cheolwon Second Tunnel that North Korea had secretly dug for a planned invasion of the South. 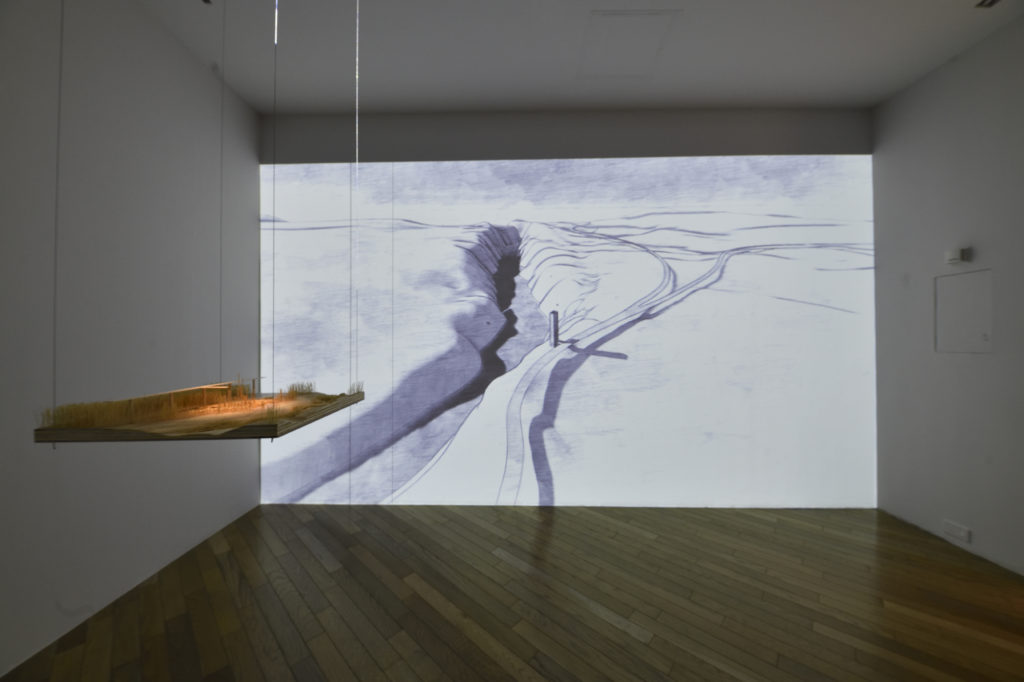 This first exhibition of the project features a total of ten (individual or groups of) architects, artists, novelists and scientists whose activities resonate with Choi’s vision. Works on display include Studio Mumbai’s ”Tazia,” a space for meditation and becoming one with nature; Lee Ufan’s “Transparent Tea House” that visitors are free to enter; the ”Condensation Pavilion” by Studio Other Spaces (Olafur Eliasson and Sebastian Behmann), in which mist is collected, condensed and returned to the sea; Seung H-Sang’s “Birds’ Monastery,” a rest tower for migratory birds; and in addition, seed bank and information storage models by Minsuk Cho, a library construction plan and operation manual by Jaeseung Jeong, and acoustic works in the form of  recitals by Keiichiro Hirano among others. 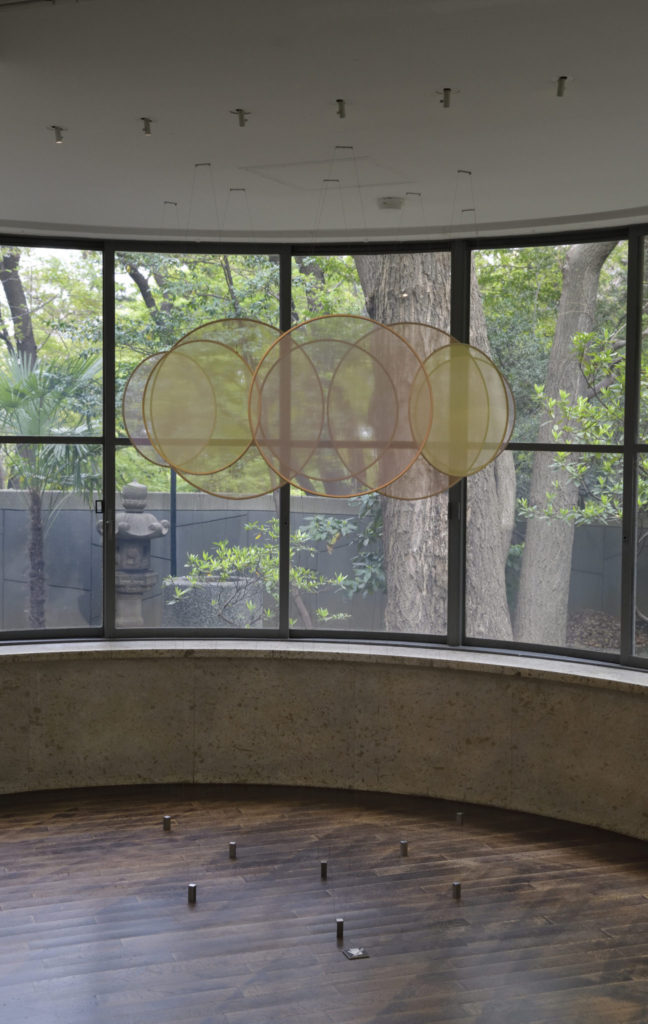 Choi herself contributes seven works. ”No Borders Exist in Nature” is a written work on old paper, while the installation ”Hatred Melts Like Snow” consists of twelve iron plates on which visitors can walk, made from five tons of melted barbed wire that was originally used in the DMZ. For ”To Call by Name,” she created 101 white ceramic plates bearing the names of the DMZ’s endangered species. “I made these iron plates using barbed wire that is normally used for keeping people off-limits, and installed them like stepping stones for visitors to walk on.  I also think that we have to memorize the names of each of the endangered species,” the artist comments. Suspended from the ceiling above the 101 ceramic platesis a jar filled with water and a seed of a plant. Being in water will probably be enough for the seed to sprout as a quiet little symbol of the huge vital force of nature. All this is accompanied by video footage of a performance for the purpose of memorizing the names of 101 species, as well as a slide show of still images of pairing Japanese cranes. Together these elements emphatically convey the message that we humans are not supposed to violate, but to keep protecting the greater cycle of life. 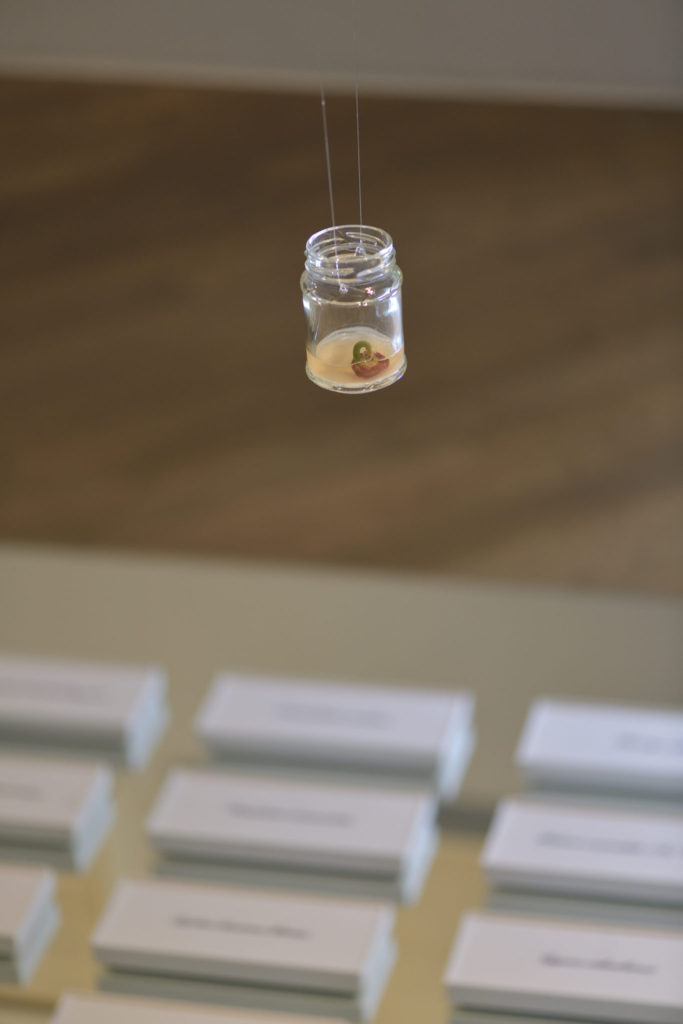 As one condition for all works was to use natural materials, each of them will sooner or later return to dust and disappear. It is assumed that even the works that were eventually realized will be remembered and talked about only by those who have witnessed them during their lifetime. All this is part of a project that is at once a statement of opposition against rumored redevelopment plans for the DMZ encouraged by the recent appeasement between North and South, and a big and daring challenge that questions the Western concepts of human predominance over nature, and the persistence of arts and sciences in the modern age.