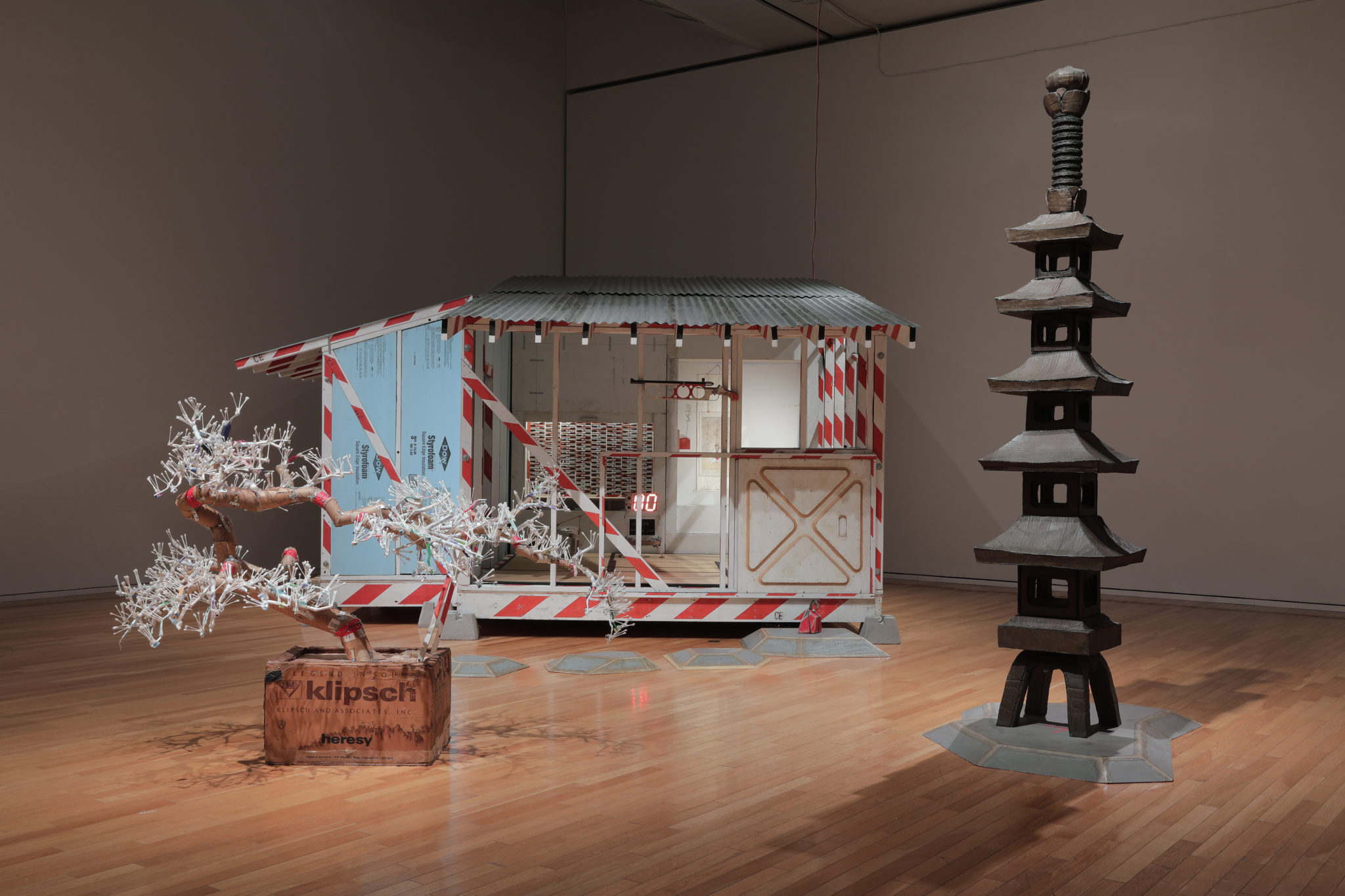 Invitation to the “Tea Ceremony”

New York-based artist Tom Sachs is primarily known for his funny, satirical works made from daily necessities and brand items. By ways of appropriation borrowing familiar images from everything, from pistols to radio cassette players, and from Hello Kitty to Prada, he creates DIY flavored bricolages that do of course contain notions of irony, but that are basically just plain pretty objects. His sense is quite consistent when it comes to loosely connecting his materials’ expressive qualities to appropriate shapes, Sachs also displays in his endeavors in product design, such as his exquisite, to-the-point sneaker design for Nike.

This exhibition is themed around the Japanese “tea ceremony” and all kinds of items used in it, bricolaged again into artworks in Sachs’s own inimitable style. The entire exhibition was in fact conceived in the format of a tea gathering. “All kinds of items” is actually not even exaggerated, as in addition to such common tea utensils as bowls, spoons, whisks, pots, caddies and stoves, there are enclosures, hanging scrolls, vases, and teacakes that visitors are treated with; there are a waiting corner and a pond with carp in the outer teahouse garden (outside the lmiddle gate); and in the inner garden, lanterns, a wash basin, and trees. One distinctive feature of this exhibition is that there exists virtually no item inside the venue that was not made by the artist, the only exception probably being the lighting fixtures. Anyway, there is something oddly comfortable about this space that was altogether built by the exhibiting artist himself. 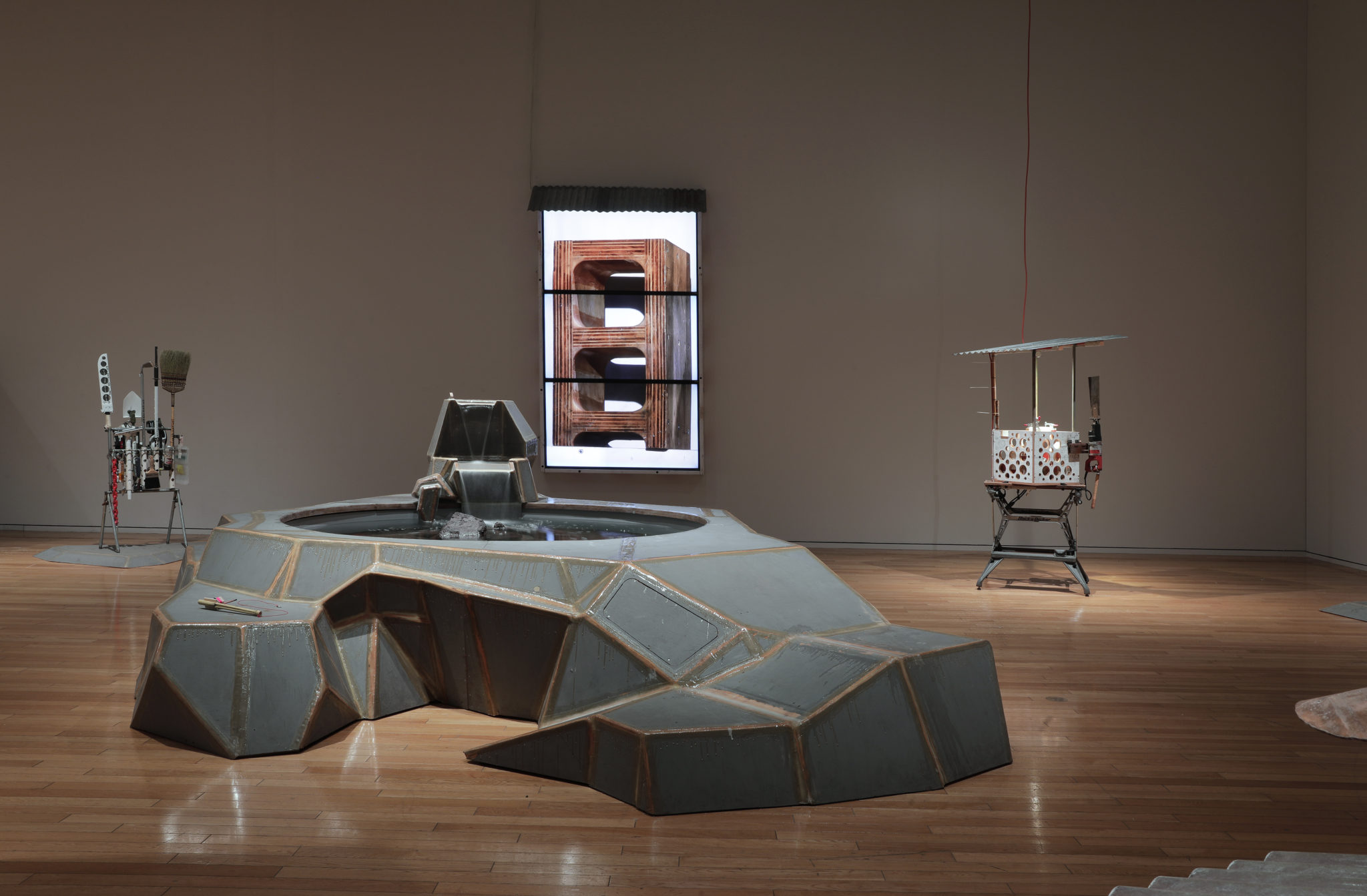 Next to the tea ceremony, Sachs also adopts NASA motifs for his work. The ceremonial character of the tea ceremony allegedly has a particular psychological meaning for human beings in the space age, and the NASA is in fact a subject that Sachs has repeatedly used in his previous works. The stoicism of the tea master in his quest for wabi simplicity resonates with the professionalism of a NASA scientist, and clashes with the laid-back style of the artist, to build a humorous yet single-minded microcosm that is projected in the entire venue of this exhibition. Derived from there are such retro-futuristic kinds of objects as an electric tea whisk, a tea room built from materials with punched holes for weight reduction, and garden rocks assembled with a glue gun, together representing a unique style that seems to express itself much clearer here than in the artist’s previous NASA-themed works. Through the conjunction of the physical and social aspects of the tea ceremony, the work takes on a somewhat allegorical nuance, and swells up just like human life itself. The NASA’s scientific rationalism has cancelled out the antiquarian tone of the tea ceremony’s stoicism, and added a positive kind of buoyancy instead. Those who manage to read from the work what parts of the tea ceremony the artist focused on and reinterpreted, will certainly sense just how carefully he paid his respects to it.

Within the title of this exhibition, the emphasis surely is on the “ceremony” part rather than on the “tea.” In other words, it’s about how to perform the “pattern” of a ceremony honestly and correctly, and how far it can be modified and expanded from there. Soberly pondering why the tea ceremony and why the NASA won’t get us anywhere, and after all it’s a work that was simply born out of the artist’s quiet and polite immersion in the subject, and his own reinterpretation by his own approach. It’s a very personal style, so it can easily drift off into hobbyist territory, but while choosing a subject matter that tends to drown in snobbishness as much as the tea ceremony, Sachs stages his exhiibition without any such smokescreens. 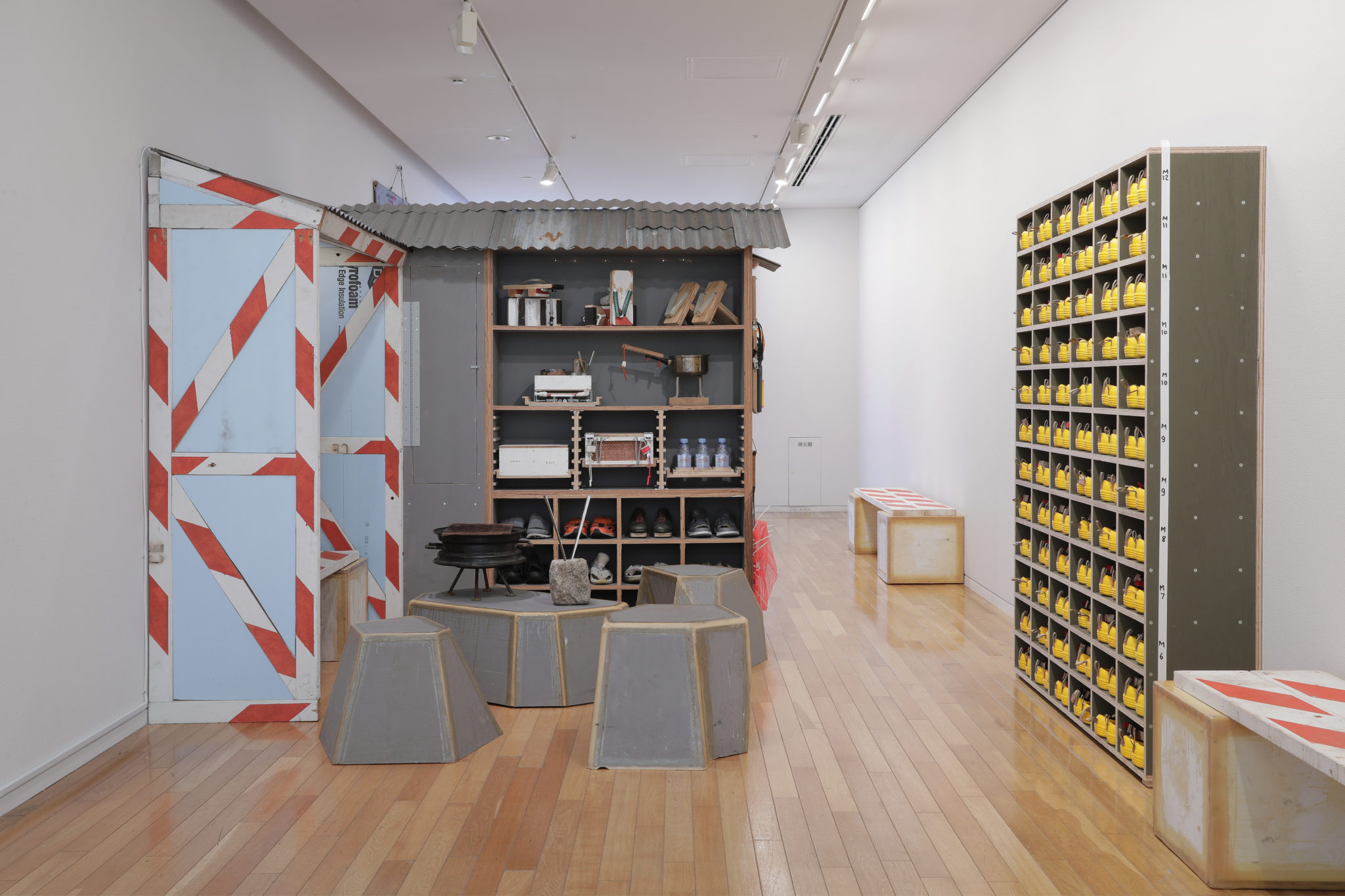 The door to the ceremony is wide open, with new types of wit sprinkled all around. It’s fine if you don’t know a thing about the art of tea. Tom Sachs probably didn’t either when he first encountered that strange ceremony. Now he has prepared his own once-in-a-lifetime ceremony, and is waiting for you to come and join in.