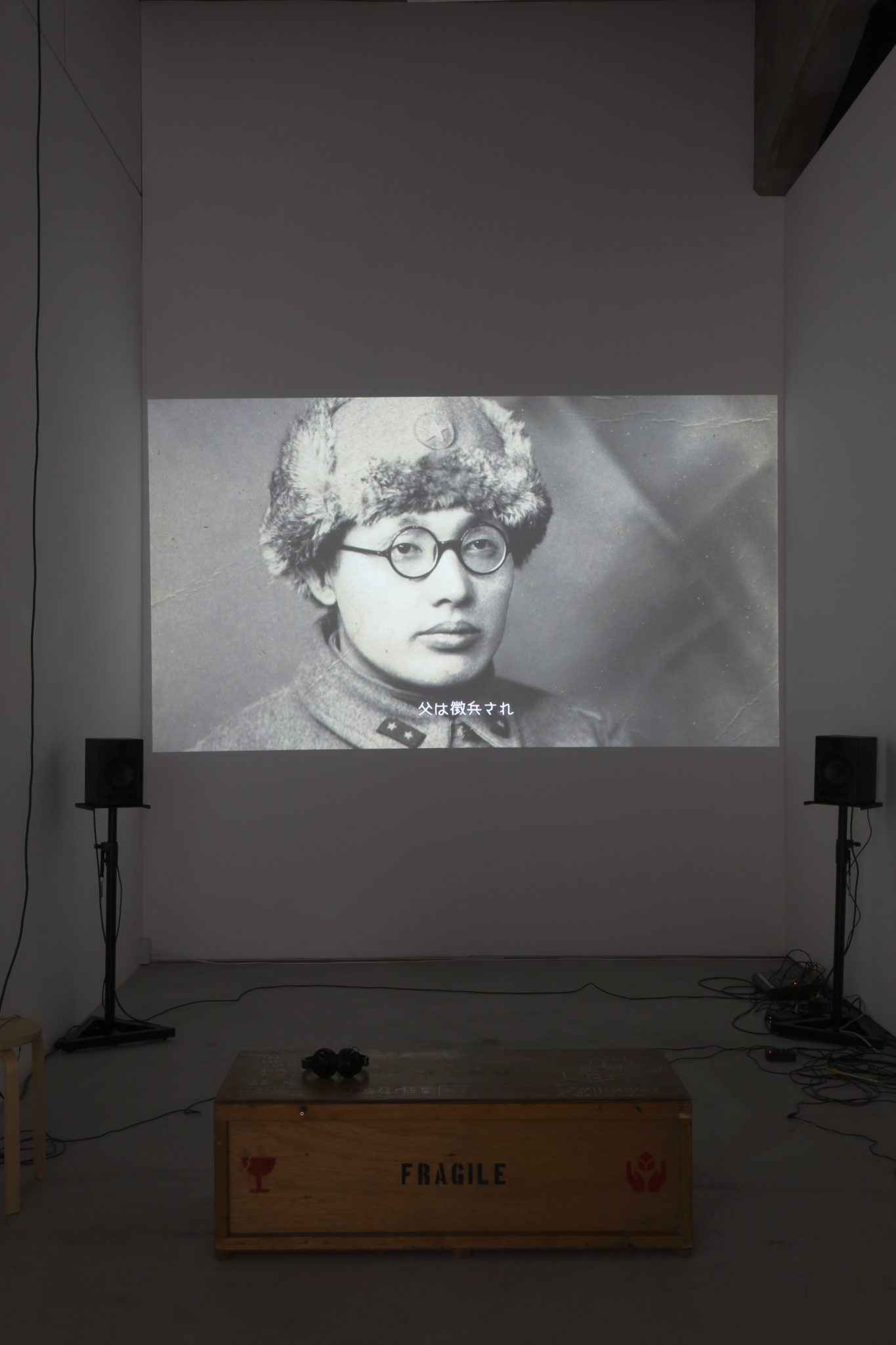 An electric guitar roars on a tatami floor, while a large CRT TV set is installed in a room with paper screens and dazzlingly flickering fluorescent light. An abundant display of the world according to UJINO, the exhibition Lives in Japan originated from a video of Plywood City Stories 2, a sequel to Plywood City Stories 1 that was part of an extraordinary installation unveiled in 2017 at the Yokohama Triennale. This new work consists of three large-scale video installations, mixed with paintings. As the noisy music that is usually part of this artist’s exhibitions was already audible even before I opened the gallery’s door, I was filled with excitement when entering, only to find that something seemed to be different this time. Except for a pair of speakers, objects with a pronouncedly material quality such as electric wiring, home appliances, guitars, cars, chests and transport crates, which were embodying UJINO’s own microcosm so to speak in the previous installations of the Plywood City or The Rotators series, are absent here. The noise this time comes from video projections on flat screen monitors connected to speakers, and the acoustic part aside, optically this video installation looks almost exceptionally slimmed-down. This development indicates a shift from the “research of the material world” in post-20th century mass consumption society, to a new level where more weight is placed on methods of talking about objects rather than actually showing them. 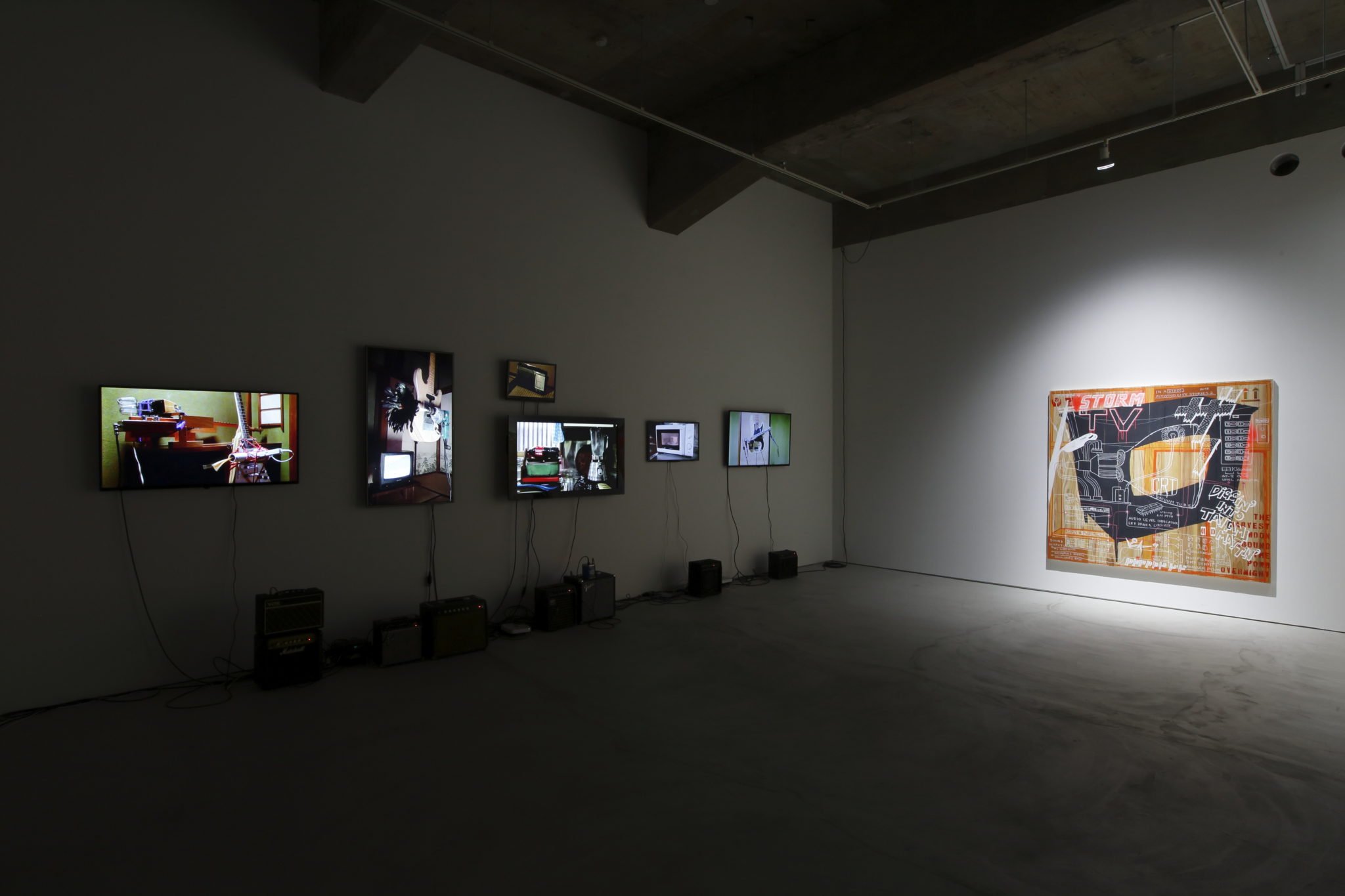 The Plywood City Stories 2 projection in the first gallery is kind of a autobiographical video set in a house – a typical one-storied Japanese style wooden building that could be straight from In Praise of Shadows – that his father built in Nerima after the war. Using headphones, the visitor hears UJINO falteringly recite in his low and clear voice an English translation of a narration that is partly about his family. While referring to his father, who was drafted to Manchuria and pulled out after the war, and his mother and her fondness for Tupperware as a symbol of the postwar American style consumer society, UJINO analyzes the various dilemma situations that arose in the 1970s in the process of modernization into a mixture of Japanese and Western styles, from the 1960s when the artist grew up in this very house in Nerima, up to the present. At the end, the narration reminds the visitor how in the 21st century, lighting changed to LED and TV sets to flat screens, liberating the Japanese from the material contradictions of Westernization. This seems to be a clue for understanding the new territory that this work ventures into. According to the artist, the video was inspired by movie Soul Odyssey – In Search of Eurasia (2016) by his friend, curator and filmmaker Shinya Watanabe, to whom he dedicated this work. 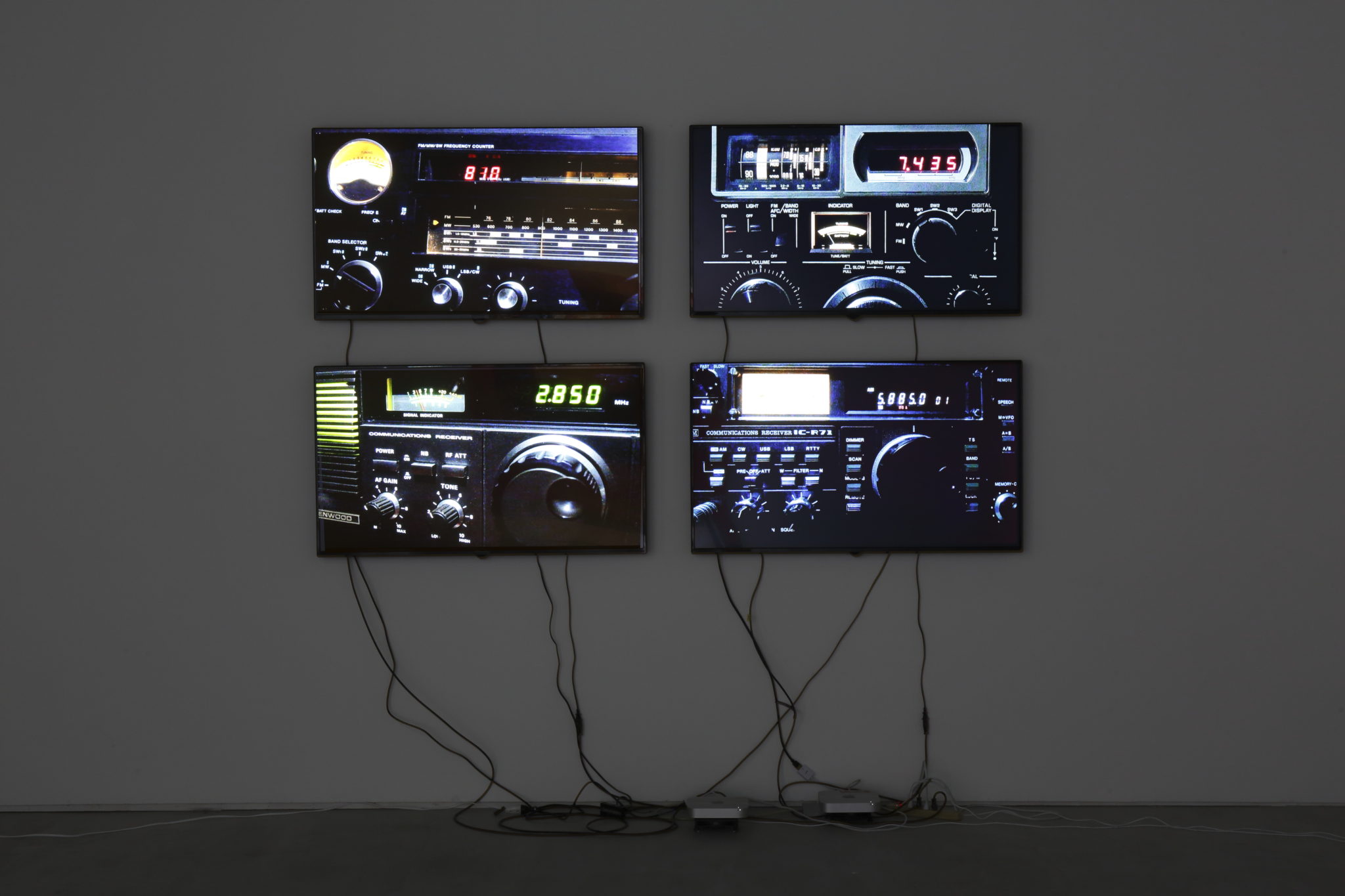 Displayed at the larger gallery next door were (clockwise) Radiowave Quarter, consisting of four flat screens that show radios with different frequency and gradually synchonized audio; the Lives in Japan video installation of six synchronized flat screens showing performers known from The Rotators playing noise music in the artist’s own Japanese-style house; and, at the time of my first visit to the gallery, a workbench and Muneteru Ujino himself live-painting on two large panels on the wall in the back of the exhibition space. (The works painted live at the gallery in the first couple of weeks were displayed as finished paintings in the second half of the exhibition period.) The artist explains about Lives in Japan that it consists of videos that were self-made and self-performed in true YouTube fashion, based on his research about so-called “YouTubers” that continue to fascinate audiences from children to grown-ups. In the totally mismatching setting of a Japanese-style room, one could see a guitar rebuilt into a new musical instrument that was hanging from the ceiling, the sounds of which were paired with the noises of various home electric appliances, into a concert of noise music that was synchronized on a monitor. At this exhibition, the smart presentation format, and contents mixing Japanese and Western styles in a humorous way, added a strange flavor to the display of UJINO’s singular microcosm. The two pop art style paintings on two large wooden panels, which are at once the only items at this exhibition with a material sense of presence, depict the funny reality of tatami mats, together with large-format TV sets, fluorescent lamps, and other objects that penetrated postwar Japanese-style living environments in the course of modernization, as featured in Plywood City Stories 2 that this work is mainly based on. While telling UJINO’s very personal story, Lives in Japan is at once a convincing exhibition that urges us to consider its connection to the reality of the human society now that almost twenty years have passed since the transition from the 20th to the 21st century.