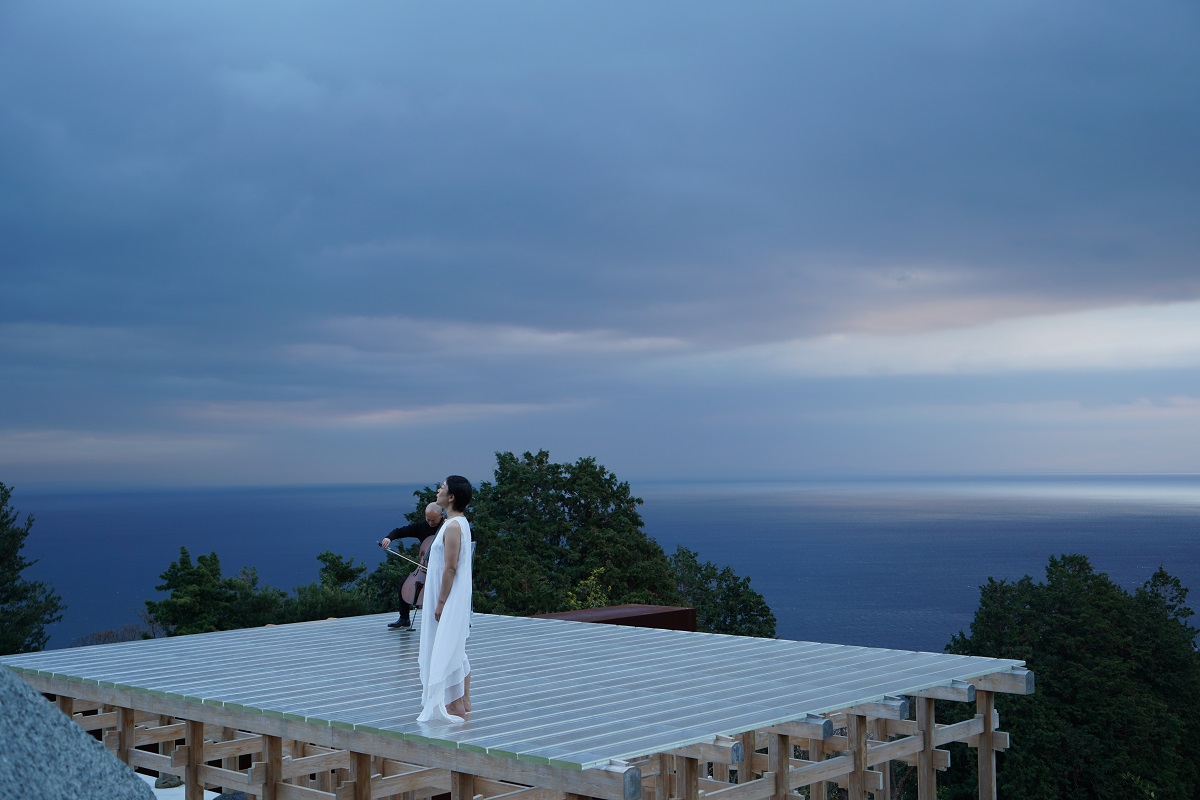 Perched on a hill with tangerine trees overlooking Sagami Bay, the Enoura Observatory is a project that artist Hiroshi Sugimoto has spent more than 20 years working on. Having measured the direction of the sun’s rays on the days of the spring and autumn equinox and on those of the winter and summer solstice, Sugimoto has placed the structures on these immense premises so as to have the movement of both people and the celestial bodies draw up coordinates. Standing in the right spot at the right time thus allows visitors to connect their own existence to the vastness of space.

Forming the basis of Sugimoto’s concept is the Winter Solstice Observation Tunnel, a 70-meter steel structure reaching toward the sea. It is designed so that when the sun rises from Sagami Bay on the morning of the winter solstice, the rays hit the tunnel at a direct angle, illuminating a massive stone at the other end. 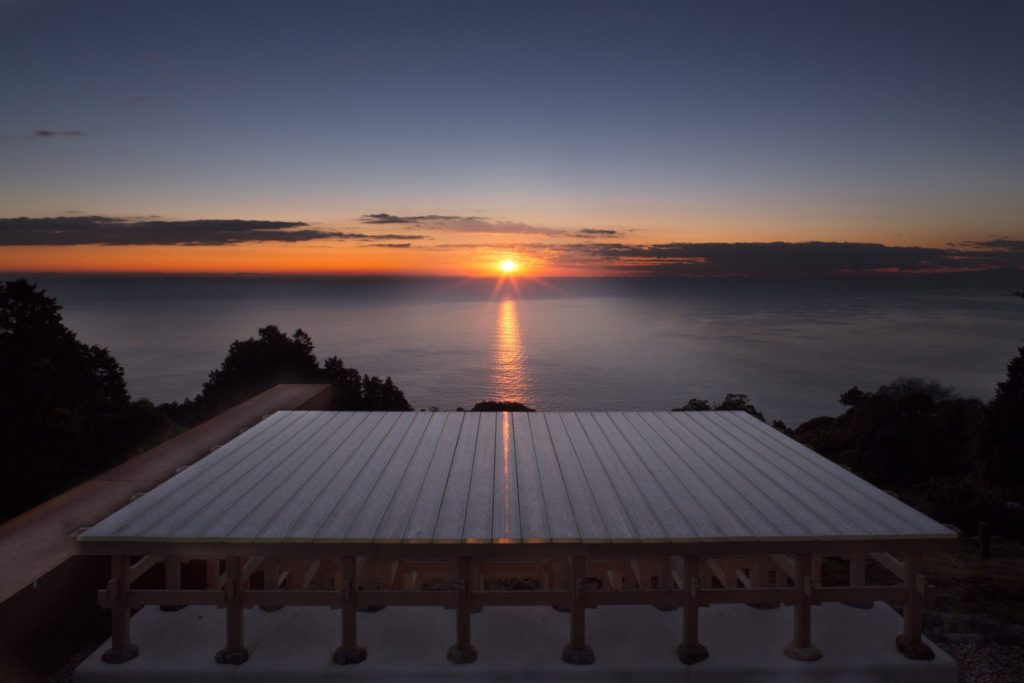 The winter solstice is the shortest and darkest day of the year, when the sun’s power is at its weakest. But because the following day sees the sun’s strength begin to return, this occasion has been celebrated as a turning point in the cycle of life and death in cultures around the world since ancient times. In his own outline of the observatory, when discussing the winter solstice, Sugimoto notes how “developing an awareness of how the sun rises and the seasons change was one trigger for humankind’s acquiring of consciousness.” He goes on to emphasize that “my goal in making this complex was to reconnect people, visually and mentally, with the oldest of human memories.” On the morning of this most significant of days for the observatory, the facility hosted a Winter Solstice Observation for watching the sunrise. While the cloudy sky unfortunately did not allow attendees to experience being pierced by light, some morning rays did it make it through the clouds, faintly illuminating the tunnel’s square exit. 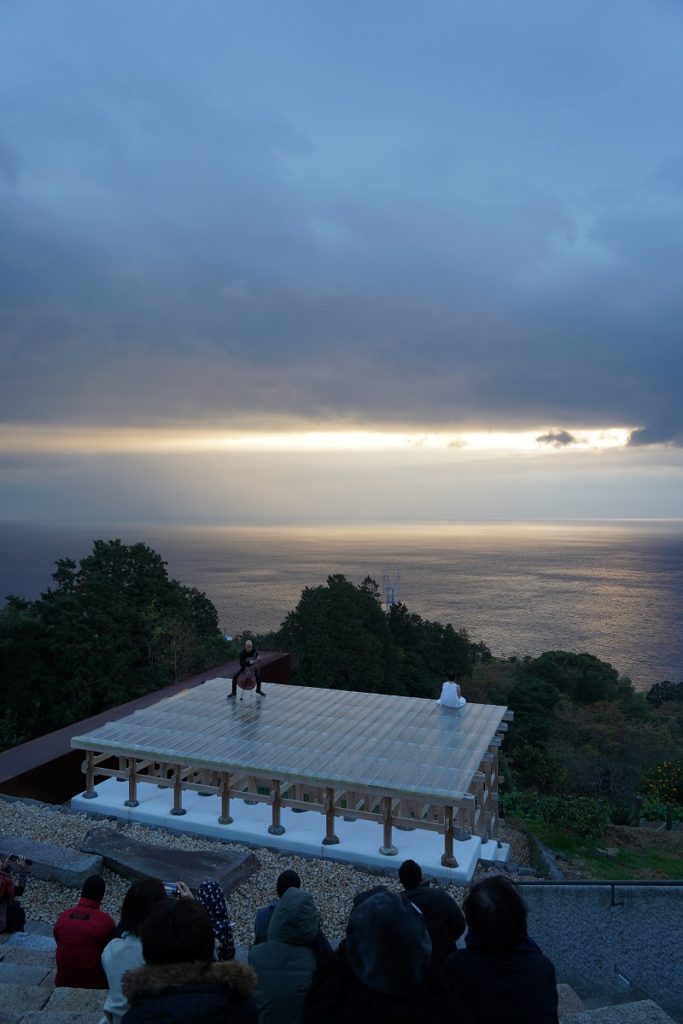 While waiting for the sun to emerge, participants were treated to a performance on the Optical Glass Stage, which is aligned with the sun’s axis on the day of the solstice. Standing on the glass platform, which looks like it emerged from the tangerine garden below, voice artist Ami Yamasaki and musician Yasumune Morishige gave an improvised rendering of an awakening world against an unobstructed backdrop of the sea and mountains. As Yamasaki’s throat emitted cries – “shoo, shoo, cheecheechee, ka, ka” – crows and bulbuls responded from further up in the mountains. When Morishige’s cello echoed deeply as if the earth itself was breathing, one could hear the distant thunder of an airplane above the clouds and the sounds of cars moving along down below. Perhaps it was an ordinary morning. The sky’s shades of gray and blue were gradually joined by red notes, and by the time the performance had reached its end, the sun had come back to life. The sea and glass stage glistened with orange, and sunlight warmed our bodies. 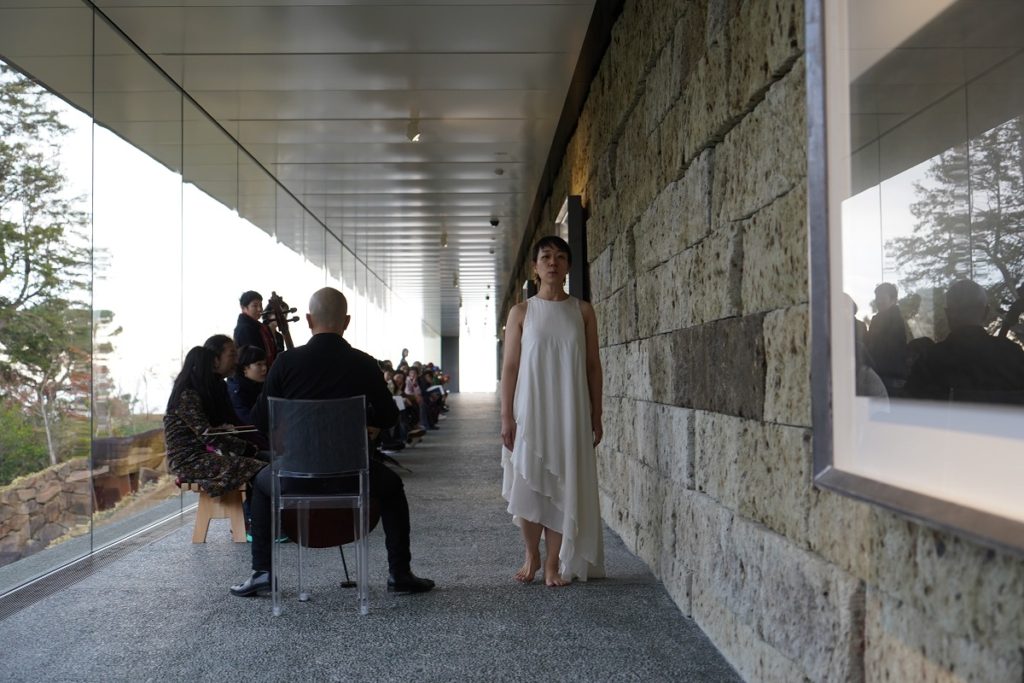 After the event, a laughing Sugimoto said “well, not every day has to be sunny.” He was right: it is the rarity of truly gripping occasions that make them precious. The next observation event took place on the day of the vernal equinox, when the soft light of spring should have hit a spot exactly 30 degrees from the winter solstice tunnel. 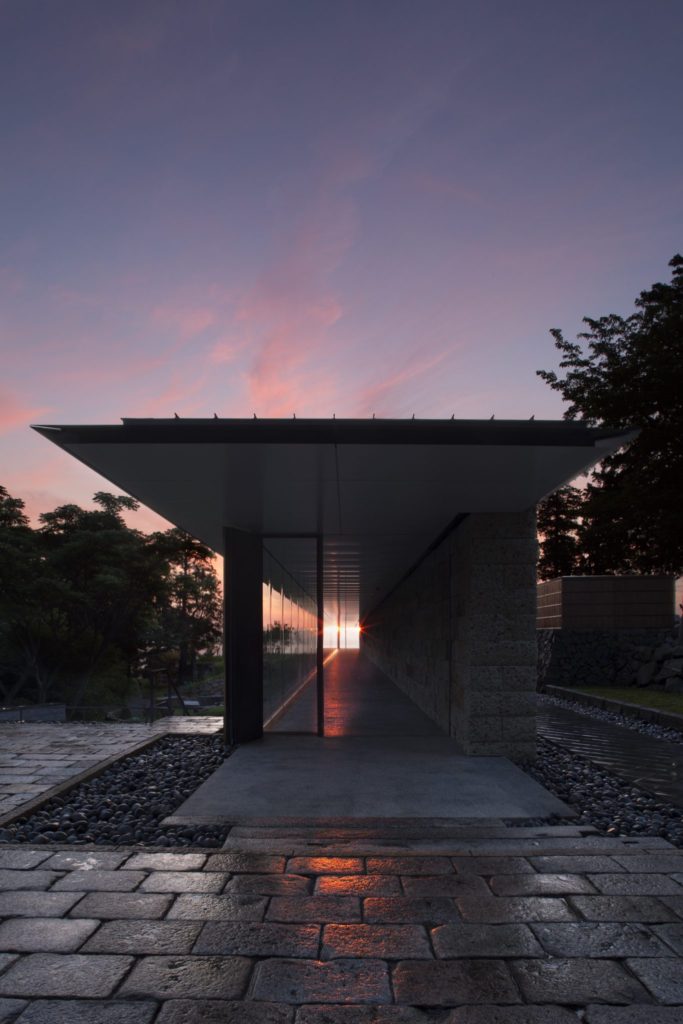 The Winter Solstice Observation Tunnel is constructed like a primitive camera, in which light passes through a long, narrow corridor, projecting the solstice – “the oldest of human memories” – onto a rock. Sugimoto’s focus is on the world 5,000 years from now, when our civilization, and perhaps humanity itself, has perished. In this world of the future, the rays of the sun rising from the sea on the morning of the winter solstice will surely score a direct hit on the weathered, mysterious rock. Does he want to create a new myth for humanity? Hidden beneath the peaceful scenery, Sugimoto’s boundless ambition conjures up feelings of dizziness.