HOME > REVIEWS > EXHIBITION
> Yoshinori NIWA solo exhibition “We Unanimously Agree on a Plan That Nobody Has Asked For”GALLERY X BY PARCO 2019.4.19-5.7
EXHIBITION

Yoshinori NIWA solo exhibition “We Unanimously Agree on a Plan That Nobody Has Asked For”
GALLERY X BY PARCO 2019.4.19-5.7 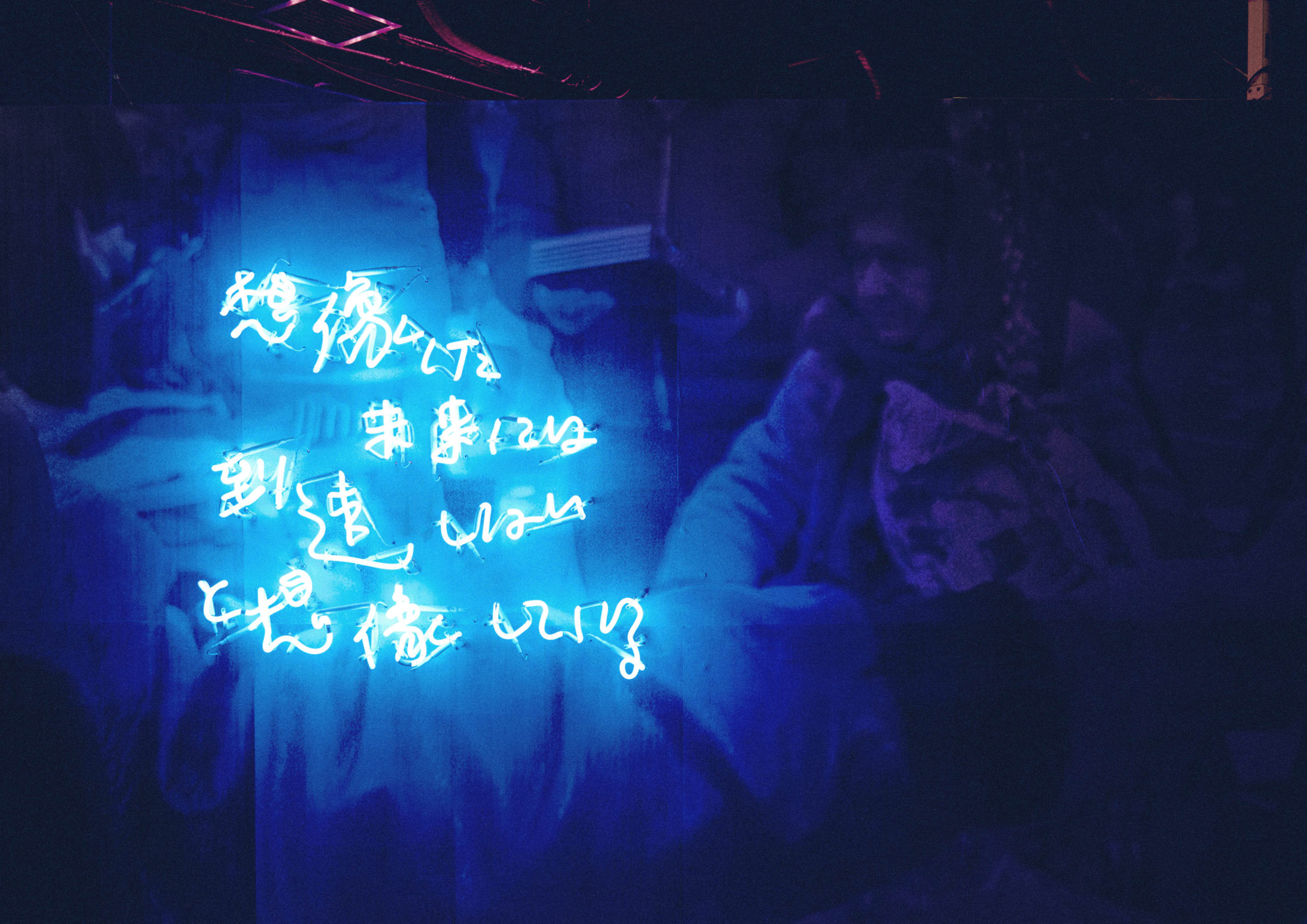 The artistic endeavors of Yoshinori Niwa consistently revolve around themes of ”labor,” “consumption” and “economy.” Presently based in Vienna, Niwa has been exposing in his works the intentions of individuals and groups that have fallen by the wayside between capitalism, the creaking gaps in which are obvious on a global scale, and the almost extinct socialism.

Located amidst the hustle and bustle of Shibuya, the gallery (with a neon sign of the old PARCO PART3 at the entrance) was turned into a temporary space in the style of a barrack, and charged with the disquieting mood of resistance and agitation. In this exhibition, Niwa presents a number of his most representative video works, along with new works incorporating neon signs and mixed media, made in recent years with a special focus on the functions of language itself. “Expecting That the Future That I Am Expecting Is Not Coming” “Purchasing Trash with the Company’s Budget (The War Will Be Announced When It Has Already Begun).” “Unavoidable Work in Order to Keep Us Alive.” Now do these flashy phrases that mistily pop out from the dark represent the artist’s own statements appealing to others or to himself, or are they fragments of provocative quotes from some more or less famous figures? The composition of the exhibition at large with everything being left in limbo is reminiscent of the state of society itself, where decisions are made in groups and things like intention and responsibility are non-existent. 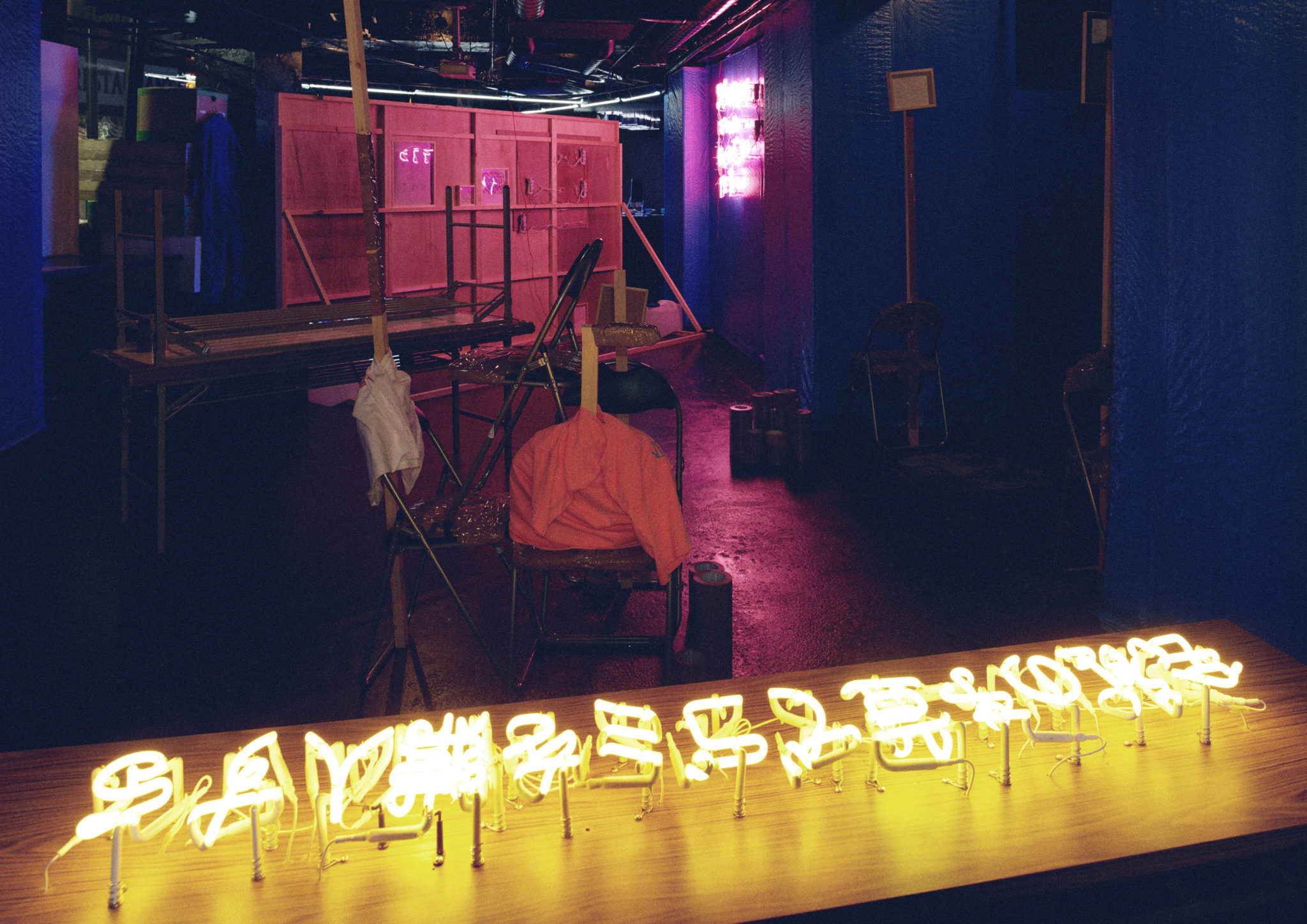 Shown at the same time in a straightforward manner are Niwa’s own eccentric performances and videos documenting those. Especially in such projects as “Exchanging between Turkish Lire and Euros in Istanbul Until there is Nothing Left” (2011) and “Pricing Own Belongings at the Market” (2018) he illustrates how people’s private lives are firmly tied up within the invisible economic system that is part of the structure of our capitalist society. These are actions through which he dares to review (belatedly) the previously disclosed understanding of history, with the aim to highlight the contradictions and dissatisfactions that are buried as collective consciousness in society. With its neutral tone that eschews emotive sonic/choreographic arrangements, the documentary video stresses the grotesqueness of Niwa’s wild and vigorous efforts to a disarming if not horrifying effect. 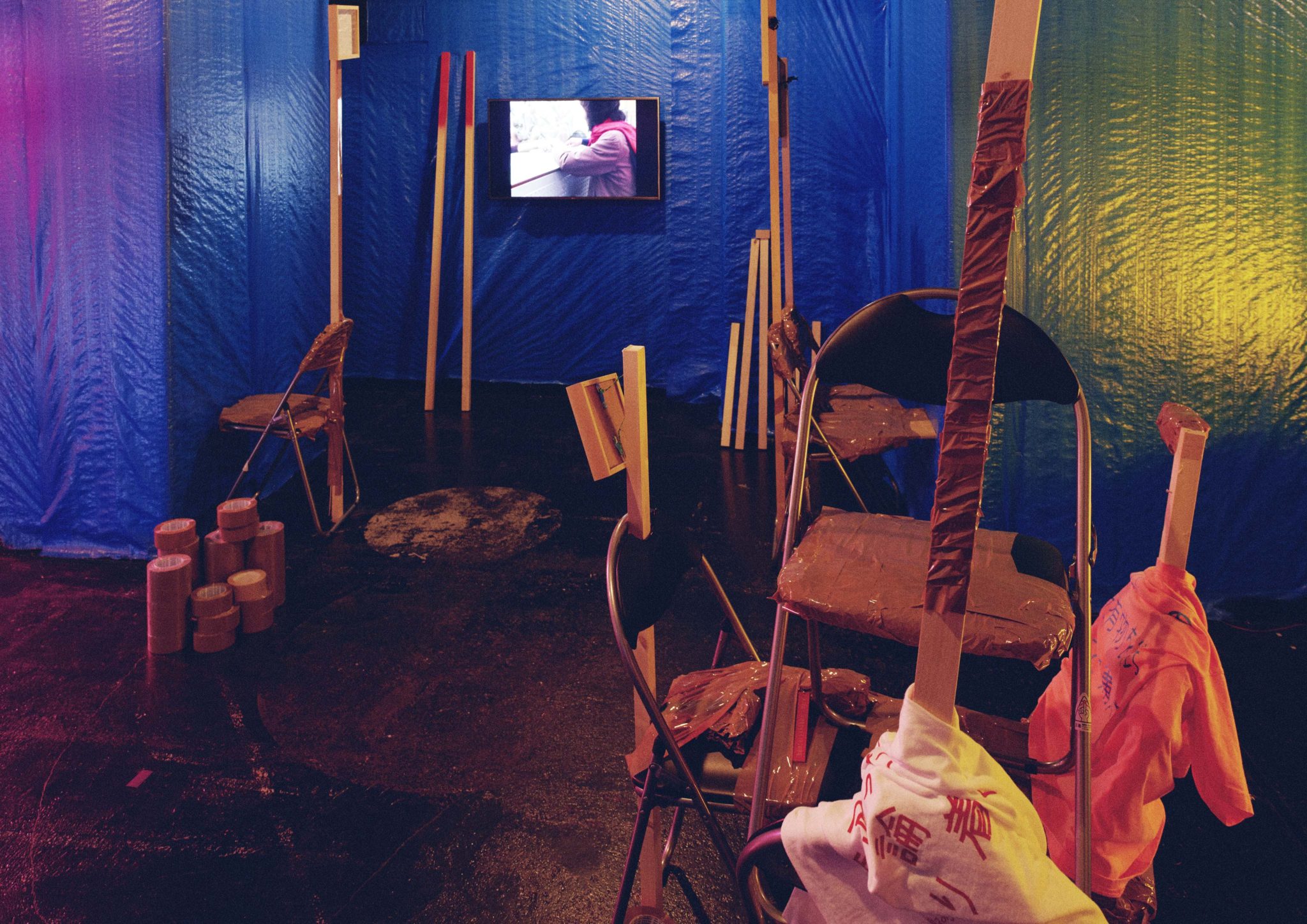 In several previous projects, Niwa acted to attract the interest of people with various backgrounds on the European continent, and subtly intervened in their lives and social environments. Niwa is not a social activist, but his language as an artist did stimulate them on a subconscious level. Even though he may not make any impact on such grand concepts as modern history, politics and economics, I do hope he will continue to provide such “public squares” (as PARCO) for us living in this brutal age of neoliberalism, to get together and agree on the diversity of human value and free will. 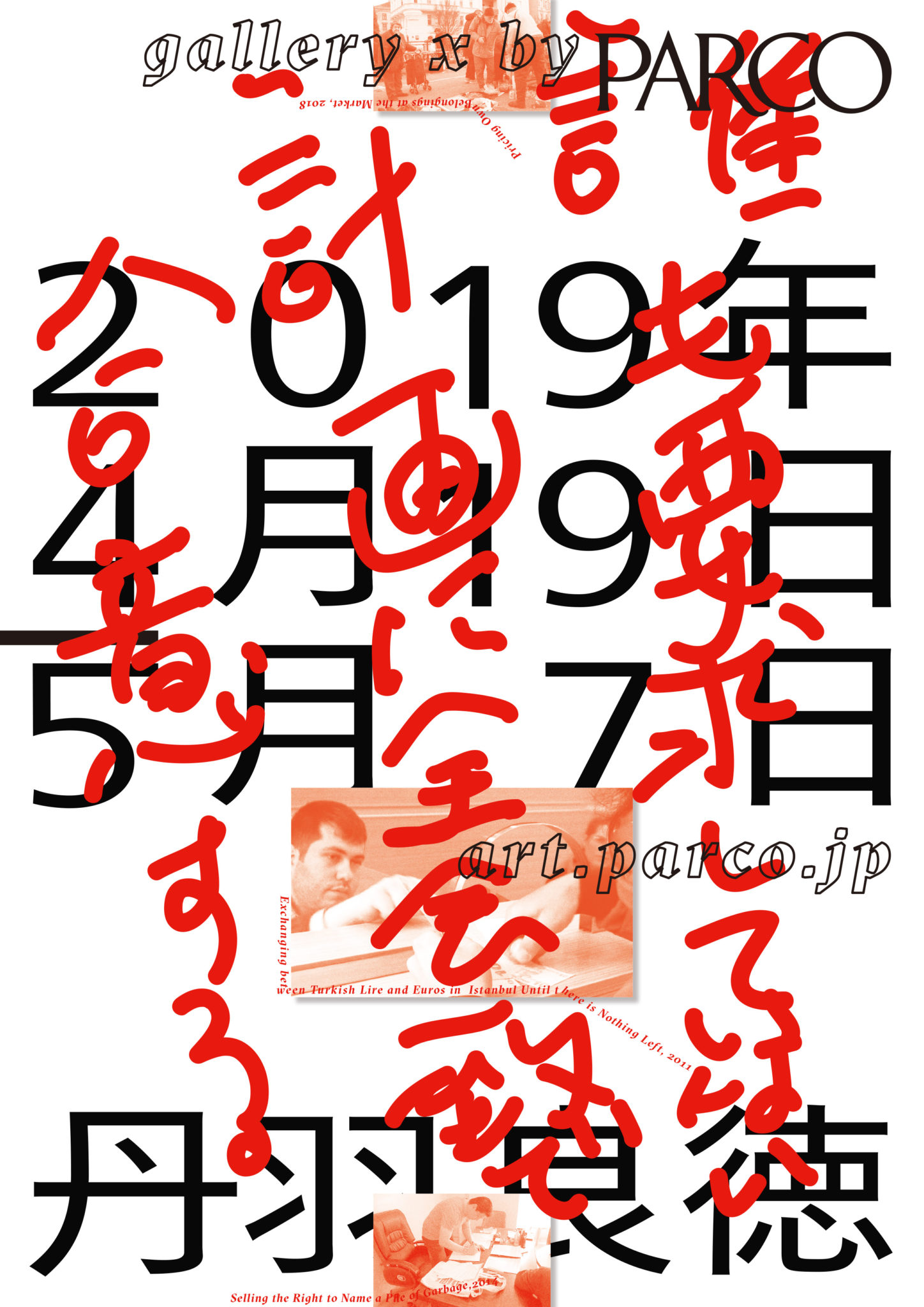