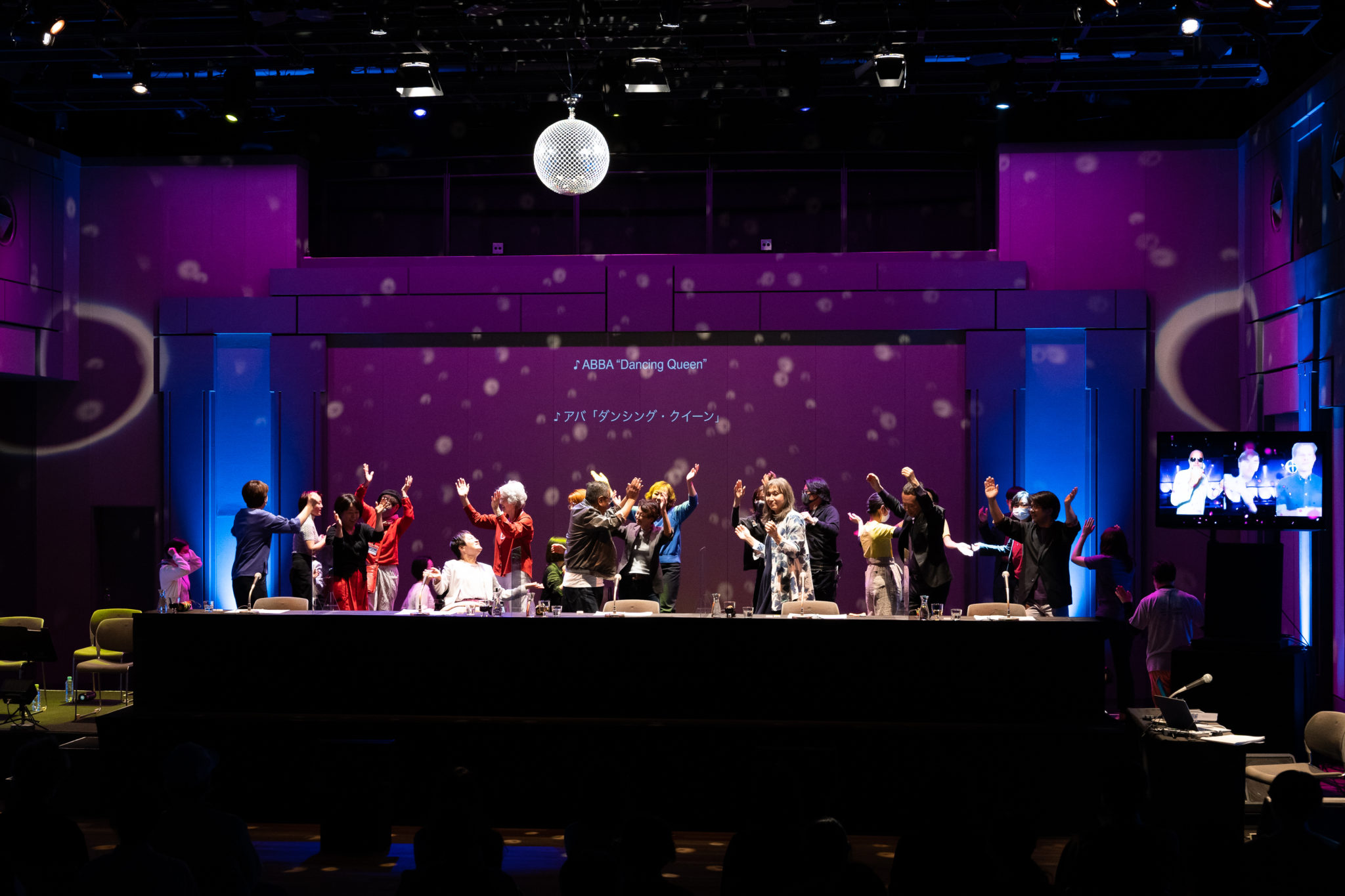 “All the Sex I’ve Ever Had” is a work by the Canada-based Darren O’Donnell and his theater company Mammalian Diving Reflex, whose socially engaged art goes under the moniker “Social Acupuncture.” “All the Sex,” which has been performed the world over, consists of monologues by senior citizens talking earnestly about their personal experiences with sex, and has struck a chord with many in a time when the circumstances of sexuality have grown increasingly complex and multifaceted, a lifespan of 100 years is no longer an extreme rarity, and the meanings of physical age and quality of life for us alive today have changed.

“Would you like to talk about sex?” That was the question posed when Mammalian looked for potential performance participants, all of whom had to be aged 60 or over. In February 2020, the company then held a month’s worth of interviews and workshops with five seniors who would share their stories. A script was produced on the basis of discussion premised on the participants’ personal histories, particularly their sexual experiences, and centered on sexuality and aging. When the staff, speakers, and everyone else involved with the Japan edition first got together, they started out with a workshop where all participants were tasked with sharing their first, last, best, and worst sexual experiences. The sharing of personal secrets, like on the evening of a school trip, must have engendered a special sense of unity among those who were there. 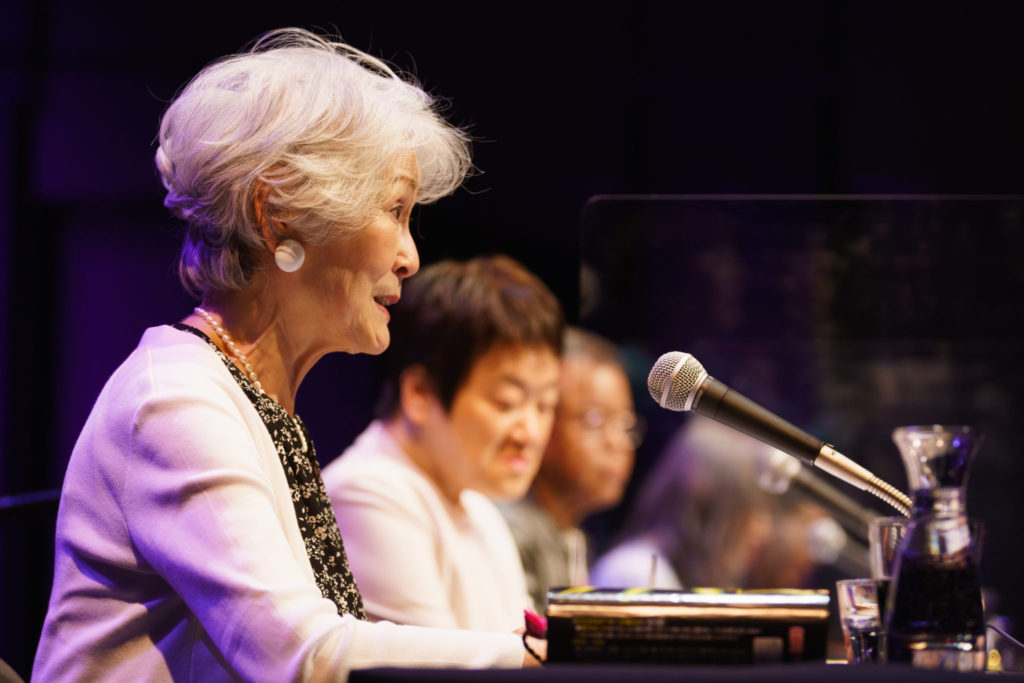 The show was initially planned for March 2020 but had to be postponed to April 2021 due to the coronavirus pandemic, which also affected rehearsals. Lined up on stage and spurred on by an easygoing MC, a skillful interpreter, young members of the staff, and the encouragement of O’Donnell’s team, who joined in remotely, the participants began telling their personal stories in their own words. Starting out in 1946, when the oldest speaker was born, they proceeded chronologically from childhood to the present, sharing things they had experienced. Their stories were accompanied by popular songs from the decades in question, and at one point a disco ball was even brought in to illuminate the stage, with the participants all getting up to dance cheerfully.

The dialogue on sexual experiences also extended to involve the audience. Among those who raised their hand in response to questions like “Have you ever used an object to masturbate?” or “Have you ever had a sex in a love hotel?”, one audience member per query was subjected to intense – but entirely voluntary – questioning by O’Donnell’s crew via iPad. As people raised their hands and those asked to elaborate shared their sexual experiences without inhibition, the atmosphere in the room gradually became steamier and steamier. This allowed onlookers initially left somewhat perplexed and tense by the speakers’ intensity to get involved personally. 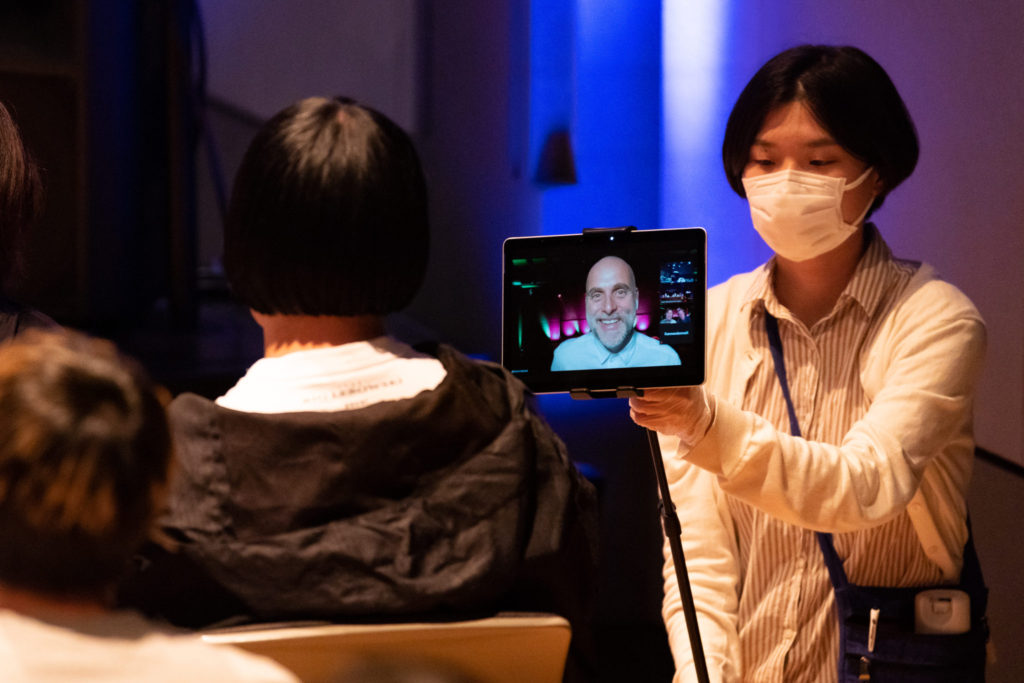 The five speakers were all highly diverse residents of country with “one of the world’s lowest levels of gender awareness.” Their backgrounds were truly diverse. One spoke of their sexual awakening in childhood and how their bodily desires were unleashed by an early experience at a cruising ground. Another had experienced divorce and had experienced divorce and left their job to care for an elderly parent before landing in the slum in search of free expression. There was also a transgender person who had married and raised children, but after retiring and experiencing the earthquake and tsunami of March 2011 had summoned the courage to undergo sex reassignment surgery. One participant, born with a disability, had parlayed their intelligence and assertiveness into an international career. One speaker recounted a variety of sexual experiences that had taken place during the male-dominated postwar era of rapid economic growth.

At the start of “All the Sex,” all members of the audience and crew were asked to stand up and swear never to speak of what they had heard or seen during the show. Anyone reporting on or reviewing the event also had to pledge to respect privacy concerns and refrain from including script extracts. For that reason, I cannot go into detail on the participants or their stories, but all of them have lived remarkable lives to which the descriptions above cannot possibly do justice. No class in modern history teaches real life stories – not those in movies or TV shows – so full of stunning highs and woeful lows, as these seemingly ordinary senior citizens have experienced. The spirit shown by the participants by agreeing to reveal their own vulnerability and suffering in front of others through straight talk is worthy of so much respect. 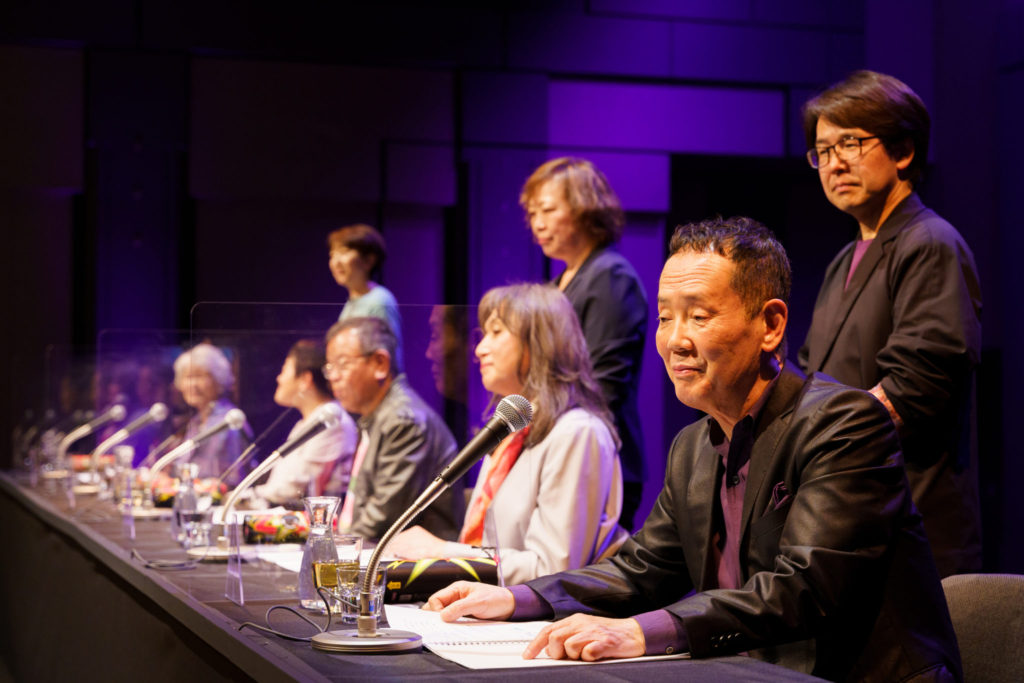 Several aspects of the performance drove home how much attention had been paid to preserving the participants’ dignity throughout. First, the way the five speakers told their stories was strictly matter-of-fact, interspersed with jokes and self-deprecating commentary that elicited laughs from the audience. The script was almost completely stripped of personal emotion and opinion, which must have figured quite extensively during the creation process. Having the creative side and the audience share the same facts allowed for a “flat” and open space free from ideology and prejudice. The stories, spared the polarizing prism of interpretation ­– which is itself in constant flux – were free of sneers, resentment, fantasies, braggadocio. What remained was the fact of lives far from smooth, at times desperate, but confidently lived, appearing in front of us almost like rising columns of steam.

Another notable point was how the work was constructed to first take the audience back into a time it had not experienced, return to the present along a timeline, and finally predict the future. As O’Donnell writes on the official website, the 65-and-over participants are of the flower-child generation, who were born in the 1940s and ’50s and came of age in the ’60s. They reached adulthood and had their sexual awakenings during a revolutionary age, when values and preconceived notions of all kinds were shaken up and democracy movements and counter culture flourished the world over, an intense age when Japan emerged from the disorder of the early postwar years and laid the seeds of its economic miracle. The fragments of life shared by the participants imparted the immense energy with which their generation had dived head first into both life and sexuality. The exciting things experienced by these people, now well into their autumn years, and the events that unbeknownst to others had hurt them were illuminated by sharing these happenings with the onlookers and allowing them too to imagine the participants’ journeys from birth to present. 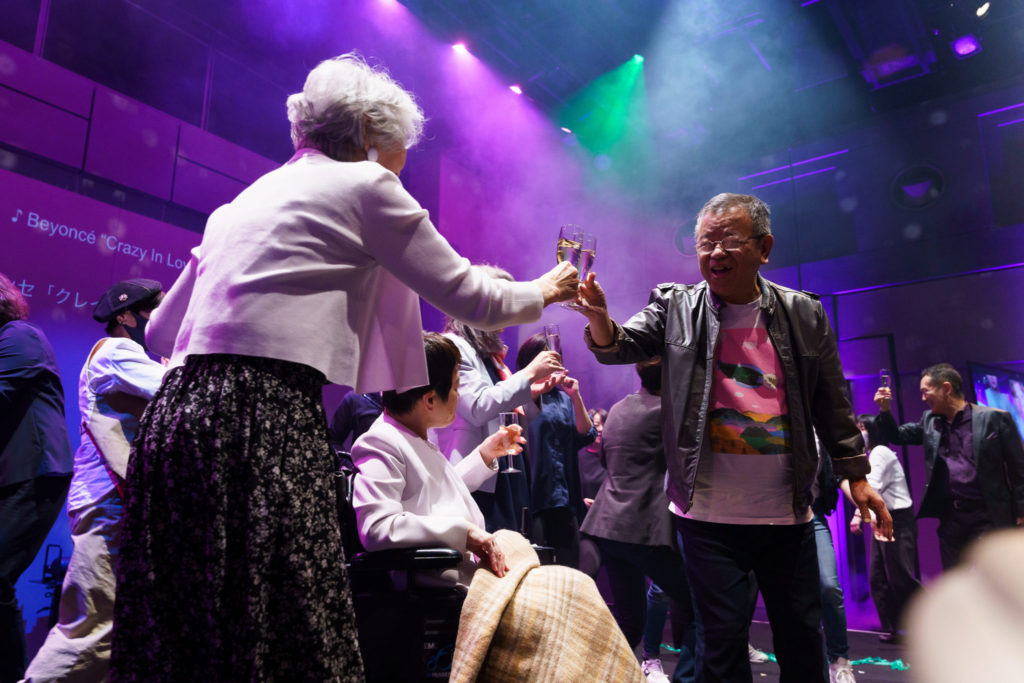 While “All the Sex” is superfluously about sex – a theme everyone has some sort of personal experience with – on a deeper level it is an attempt to break open, from the inside, historical changes experienced by people alive today and these people’s outlook on life. Opening oneself up to others is not easy, nor is engaging deeply with someone else’s life. Mammalian’s unique methodology of socially engaged art, known as “Social Acupuncture,” takes on that delicate sphere. Acupuncture needles, only millimeters in length, can feel like they penetrate unbelievably deep into the body. But when a needle hits the right spot, the energy released is said to activate the body’s latent powers of self-healing. In Mammalian’s case, the primary pressure point for all who attend the company’s performances is tended to by having them stand and pledge not to criticize other people’s lives without interpreting them. This surely applies to more than just sexual experiences and sexuality; perhaps it’s just the right form of treatment for all situations that cause social divisions and interpersonal conflict.

This work was produced as part of the True Colors Festival, presented by the Nippon Foundation.
Performed in Kyoto: 2021.3.26-28 (Kyoto Experiment)
Performed in Tokyo: 2021.4.8-11 (True Colors Dialogue)