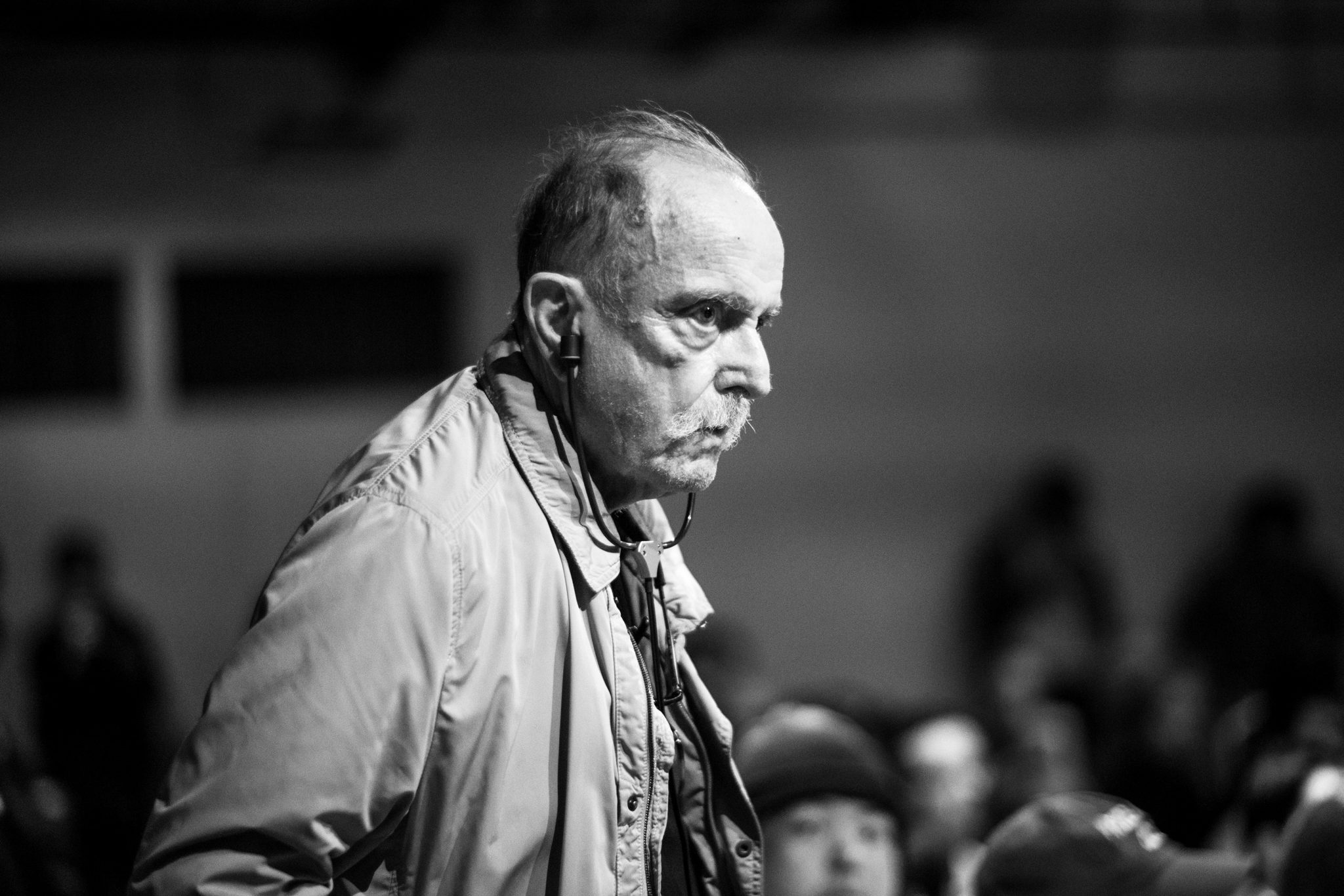 I arrived to the venue well before starting time but was surprised to see the long line of people waiting for tickets to be released at the door. Presale tickets for both concerts in Tokyo were already sold old, and when I entered the space it was packed. Amongst the audience I was able to spot artists whose work were surely influenced by Lucier but also a variety of musicians, composers, dancers, writers, and even David Grubbs, who happened to be in Tokyo for another show. Alvin Lucier: One of the most significant composers after John Cage in experimental music was in Japan with the Ever Present Orchestra: An 12 piece ensemble which was formed to exclusively play Lucier pieces with the aim to reach wider audiences. It seemed that the extra “add-ons” to this event such as: the announcement that it would be his last time to play in Japan being 87 years old, the participation of Oren Ambarchi – Lucier wrote his first guitar piece for Ambarchi and Stephen O’Malley in 2013 upon the recommendation of conductor Ilan Volkov, the limited box-set that includes four LPs and a chance to have Lucier autograph it in person, and an interview streamed on Dommune! the day before, all contributed to the large draw of the audience. 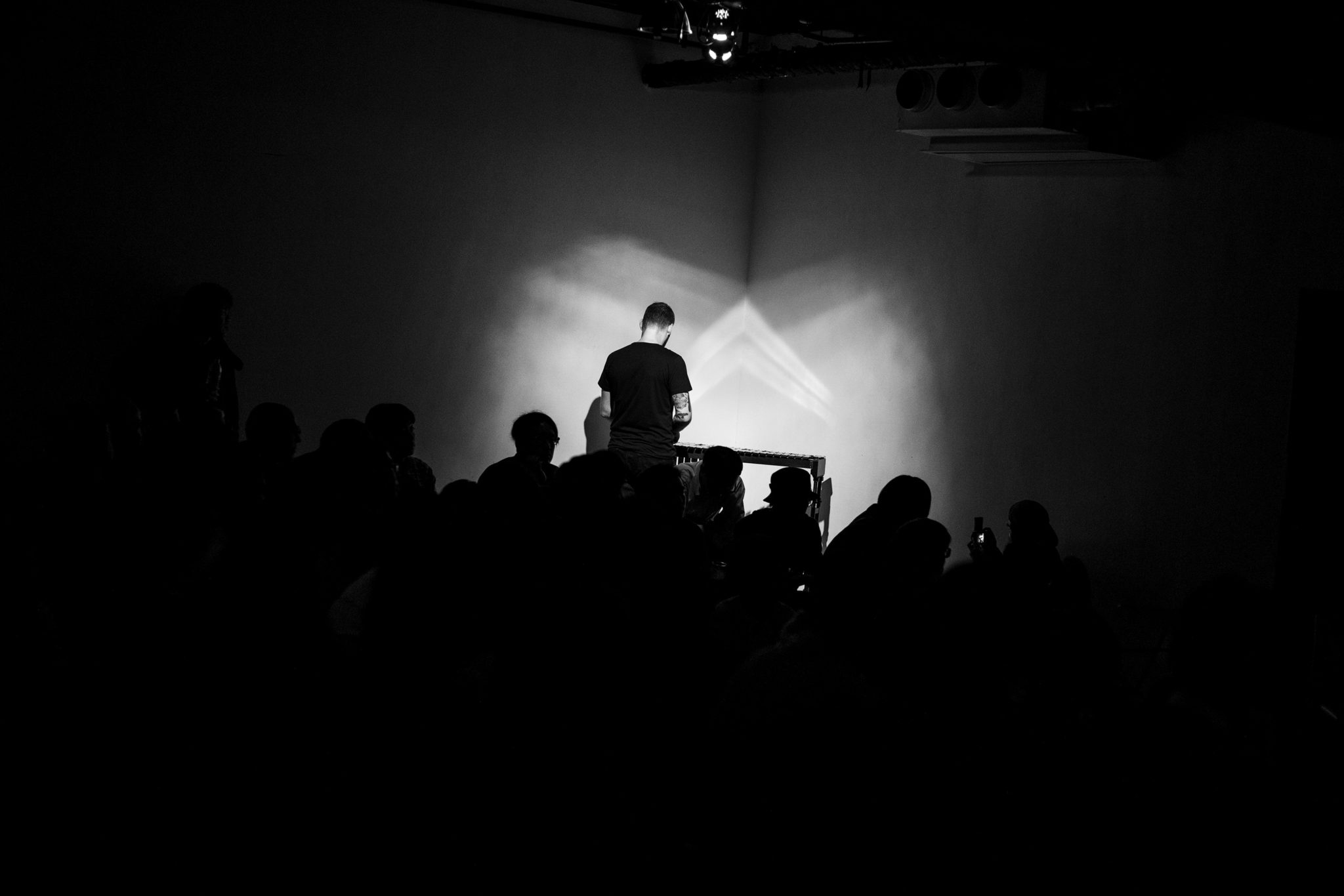 But the anticipation for this night also reflected the recent recognition by emerging fields of sound art, media art and sound studies of Lucier’s pioneering work that directly address the physical and psychoacoustic dimensions of sound. His classic work such as “I am Sitting in A Room” (1969) or “Music on A Long Thin Wire” (1977) are aimed not to convey an concept or to perform notes that are written down, but strictly follow a process for an auditory phenomenon to appear, and through this uncompromising self-reflection on the compositional experience itself, the reverberating space and resonating objects start to obtain an expression of their own. As a result, his work emphasizes the active nature of listening and its agency, which has become the primary method for artists working in sound and free improvisation today, and also inspiring new ways to engage with our history, environment, culture, and society.

I chose this day’s concert because I wanted to experience “Bird and Person Dyning” (1977), which incorporates “sound illusions” also known as heterodyne or otoacoustic emission. However, what captivated me most was the first piece on the program “Ricochet Lady” (2016) for solo glockenspiel. With the instrument setup at the corner, the performer with his back to the audience started to play a simple pattern, which gradually started to resonate in the space with overtones that seemed to be coming from every direction. This ghostly appearance of sound, so characteristic of Lucier’s work, was mysterious and eerie. Nevertheless, it was fascinating that without prior knowledge and just through the experiencing the piece, we come to realize that this would sound completely different in another space. As I listened to this sound phenomenon unfold, it occurred to me that the act of composition for Lucier, which he has so strongly defended over the years, was not about a universal representation of the work over time and space, but about securing the work to always enact the space and create a unique sonic presence in the now – thus the name of the their ensemble “Ever Present.” The evening was full of such “thinking through one’s ear” moments and was truly inspiring.

dj sniff (Takuro Mizuta Lippit) is a musician and curator in the field of experimental electronic arts and improvised music. His musical work builds upon a distinct practice that combines DJing, instrument design, and free improvisation and has performed at various venues and festivals around the world. He was Artistic Director of STEIM (2007-12) in Amsterdam and Visiting Assistant Professor at School of Creative Media, City University of Hong Kong (2012-17), and since 2014 Co-Director of AMF, a festival focused on emerging experimental and improvised music form Asia. He is now based in Tokyo.