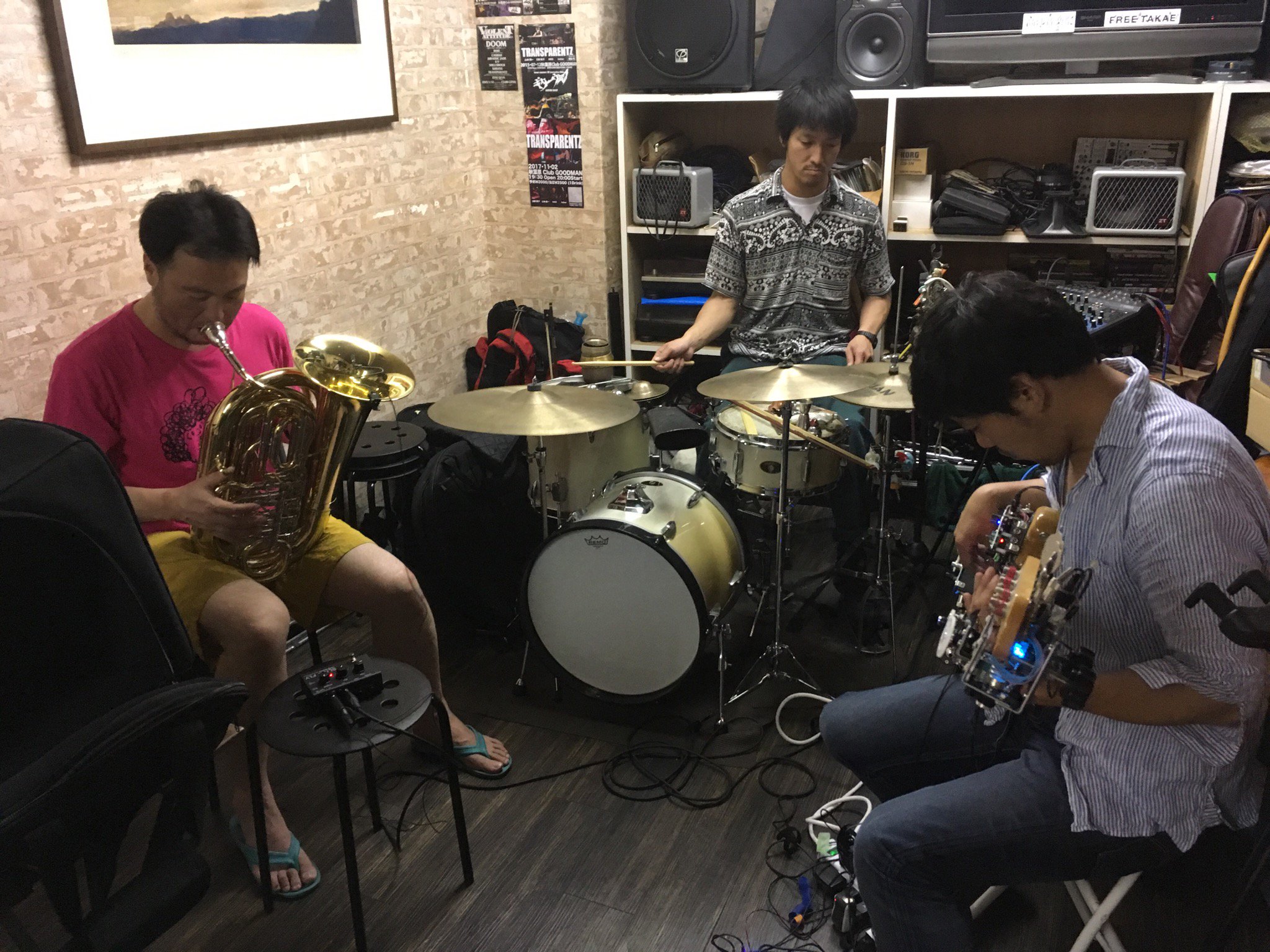 Bar Isshee in Sendagi is one of the driving forces of improvised music in Tokyo. In this underground bar with barebones interior, Tumo – a duo by drummer Yuji Ishihar and bassist Yuma Takeshita have been organizing a bi-weekly series for nearly two years, hosting a different musician each time. Their guest this time was tuba player, Daysuke Takaoka. The concert started in a relaxed mood but the playing picked up immediately. Utilizing various objects with his drum kit, Ishihara shifted between rhythms and textures. Takaoka confidently moved from one extended technique to another by changing the pathway of his breath between his mouth, tuba, and microphone. Takeshita played his cyborg-looking bass with open circuits and motion-detecting sensors that not only produced electronic sounds but also controlled a set of custom-built rotating speakers. Their music was shaped through a constant dialog and negotiation, and was played at a high level. However, the most impressive was Takeshita, who fluently improvised with his electronically extended instrument. Since the 1970’s, free improvisation has been one of the biggest challenges in the field of live electronic music and new instruments with a lineage of novel attempts such as Gordon Mumma’s Ambivex（*1） and Nic Collins’ Trombonepropelled Electronics（*2）. It was obvious that what Takeshita played was more than a gadget, but an instrument that reflected actual playing experience in unpredictable situations and enabled him to achieve a distinct musical voice. 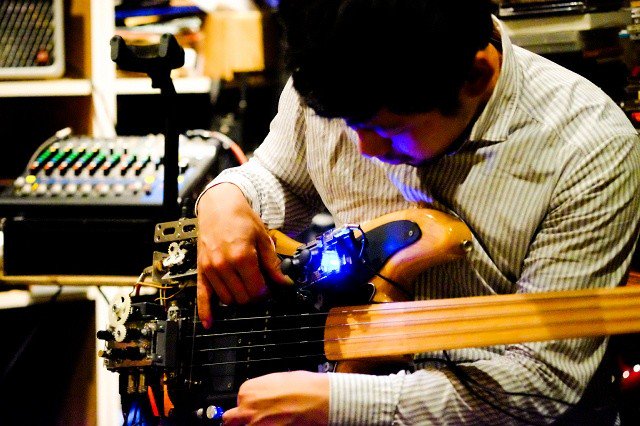 The instrument also highlights that what Bar Isshee provides is a “safe house for experiments” that is needed not only for the development of self-built instruments but for all types of artists and practices. I have witnessed small venues that are experimental but open-minded disappear in The Netherlands after operating for decades due to cuts in cultural funding, and shutdown in Hong Kong because of high rent or political views. Eventually, these cities lost their foundation in nurturing culture, and strong works seized to emerge. Watching these three musicians play, it made me realize that Bar Isshee plays an important role in sustaining the freedom to experiment in music.

dj sniff (Takuro Mizuta Lippit) is a musician and curator in the field of experimental electronic arts and improvised music. His musical work builds upon a distinct practice that combines DJing, instrument design, and free improvisation and has performed at various venues and festivals around the world. He was Artistic Director of STEIM (2007-12) in Amsterdam and Visiting Assistant Professor at School of Creative Media, City University of Hong Kong (2012-17), and since 2014 Co-Director of AMF, a festival focused on emerging experimental and improvised music form Asia. He is now based in Tokyo.