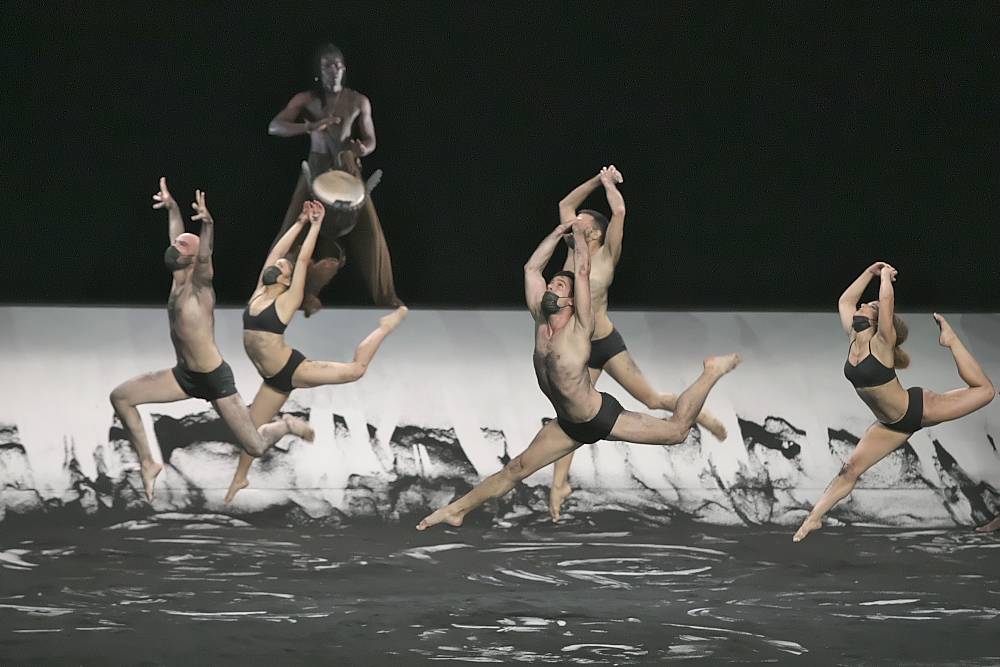 Hailing from Granada, Spain, Blanca Li made her country’s rhythmic gymnastics national team at the age of 12 and later moved to New York to study under Martha Graham. After returning home, she appeared in and worked as choreographer on Pedro Almodóvar movies and choreographed fashion shows for the likes of Jean-Paul Gaultier and Stella McCartney. In 2013, she released “Robot”, a collaborative effort with Japanese contemporary art unit Maywa Denki. As these achievements make clear, Li travels far beyond the realm of dance and choreography, aligning freely with various creatives of her era. She just might be uncovering the sensibilities, values, and crises unwittingly shared by her contemporaries. 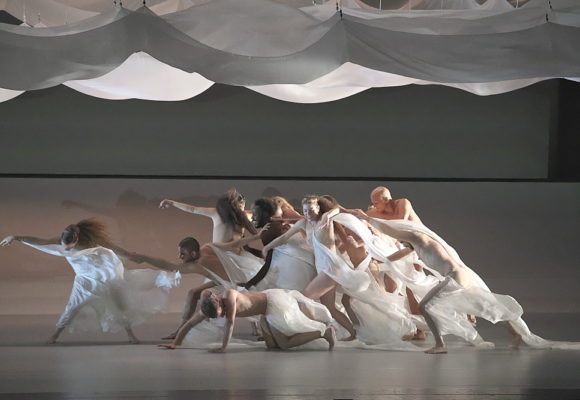 On the stage, several layers of pure white curtains moving repeatedly up and down function as canvases for projection-mapped fire and water, displayed intensely at times and gently in the next moment. These are accompanied by a raging wind and jet-black soil, as if the four elements were the only players in the game. Moving from this primeval world, long before the coming of humans, to the birth and evolution of plant and animal life, “Solstice” eventually turns into a powerful paean to humanity. This picture scroll of myths rolled out in front of the audience, which sees the preciousness and beauty of Earth told with bodily movement in a well-paced and rhythmical manner, unfolds like a grand symphony. The live music is performed with percussion and string instruments and incorporates clapping, which supersedes individual languages – or harks back to a pre-linguistic time – and thus speaks equally to all of humanity.

Despite its environmental theme, perhaps “Solstice” is built not on nature itself as an evolutionary concept, but more on grace, as it brings to mind the mystery, miracle, and blessing of existence. It goes beyond religion to suggest a grand god-like existence, responsible for the creation of the universe and praised through dance and the body itself. In doing so, Li’s work can be seen to bring back to life the meanings and aims that first inspired humans to dance, all while recreating that very moment of inception. 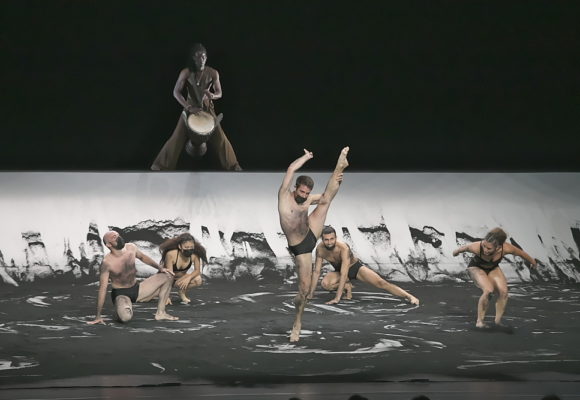