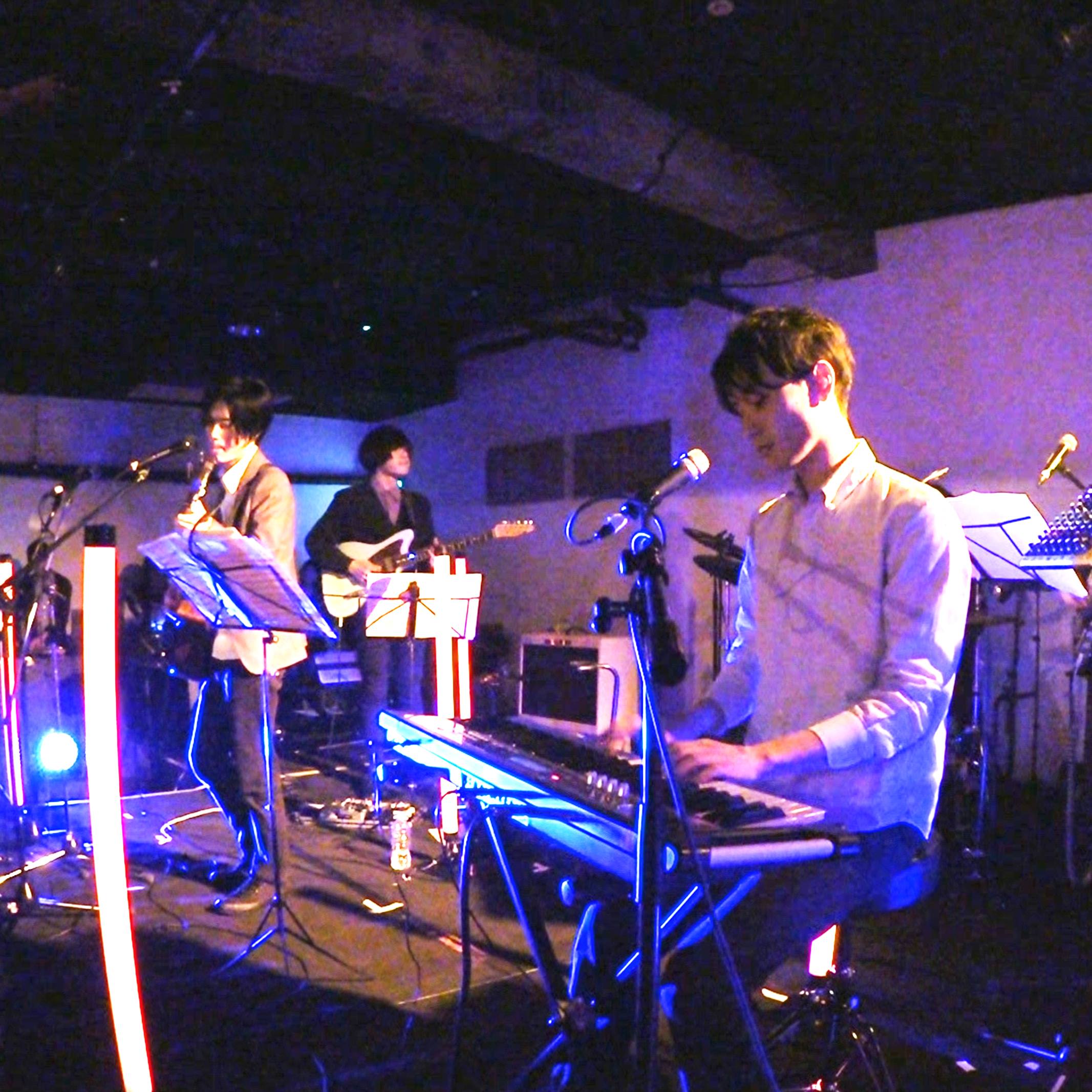 Held in a warm night in early April, which marked at once the end of an unusually cold Tokyo winter, was an event featuring three different bands: orangeade, Yoshida Yohei Group, and Shohei Amimori and Bacteria Collective.

Even though these  are very different in terms of background, lineup and musical direction, their performances all made me feel the driving force that has been shaping the style of Japanese pop music since the Tokyo style pop of the early 1970s, making this an event that will certainly occupy a prominent place in my memory.

The style that night was postmodern pop music, based on a “Copernican revolution” *1 of ”the downfall of America and the depravation of Japan” as a departure/arrival point after Haruomi Hosono’s band Happy End in 1970. What we got to hear on April 7 was the sound of a future as defined by the force of that current, in a venue that was filled with the euphoria of pushing open the doors that lock away the aesthetic contexts of Japanese pop music.

The Tokyo style pop mentioned above is connected to the economic growth and developments in urban spaces that shaped it in the course of what must have been twenty happy years or so from the 1970s up to around 1991 *2.

If we call the style that emerged during the first of those two decades “city pop,”   orangeade’s set was characterized by a striking freshness regarding the question how to carry on that tradition, and what to do with it as a band that followed in the footsteps after the end of that period of happiness. 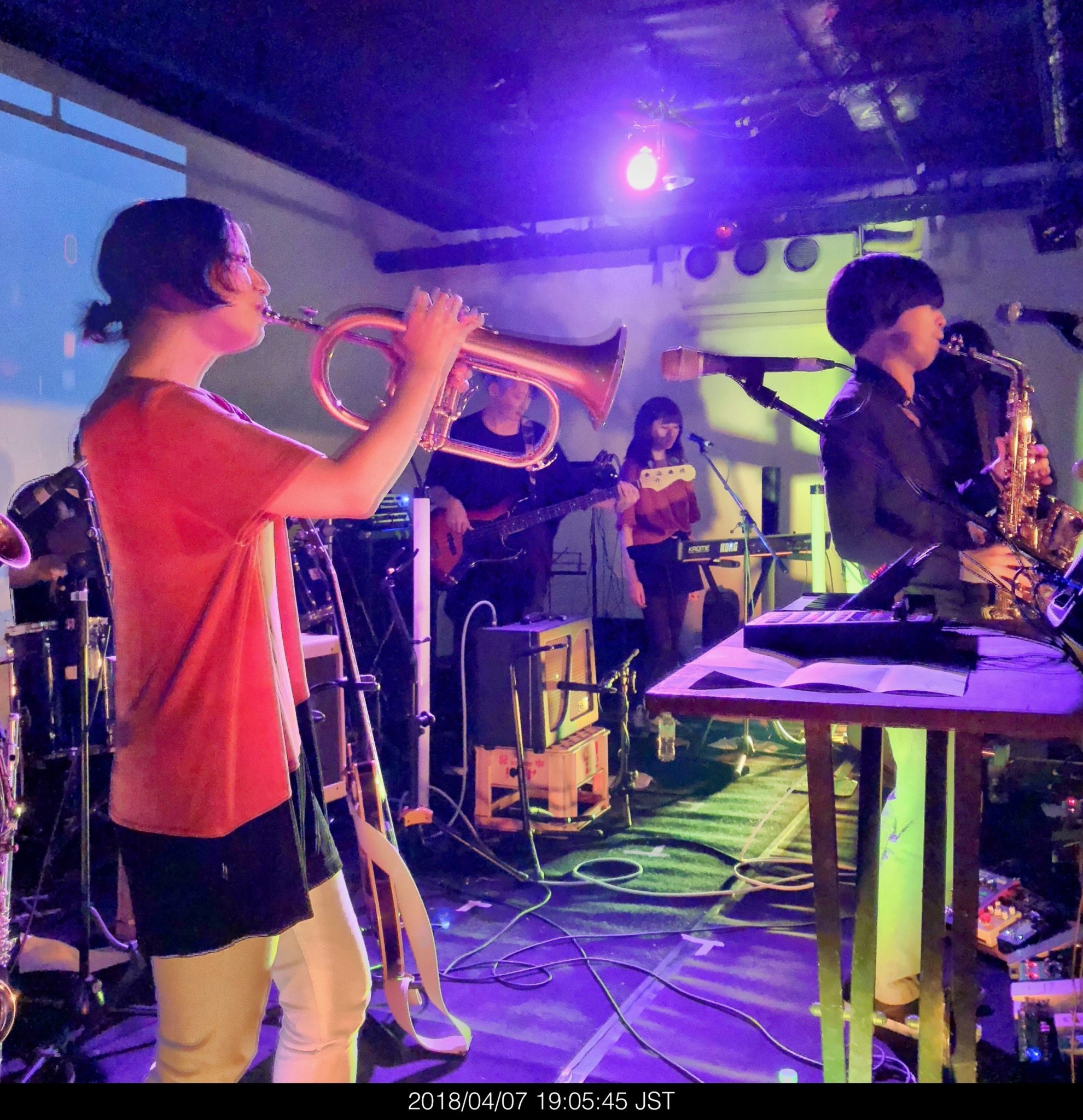 Next was the Yoshida Yohei Group. Formed in 2012, this is a band that, in the terminology of pop music, is classified as “indie pop.” Like in mainstream ”pop” as referenced by the likes of Hosono or Oyamada, the bands that belong to this category share the pop melodies of the genre as central elements, around which the music is grounded in the cruelty or time and the sweetness of memory. The audience in the rather bare, concrete-walled space eventually heated up and began to shout, and that didn’t cease until the end of the program. 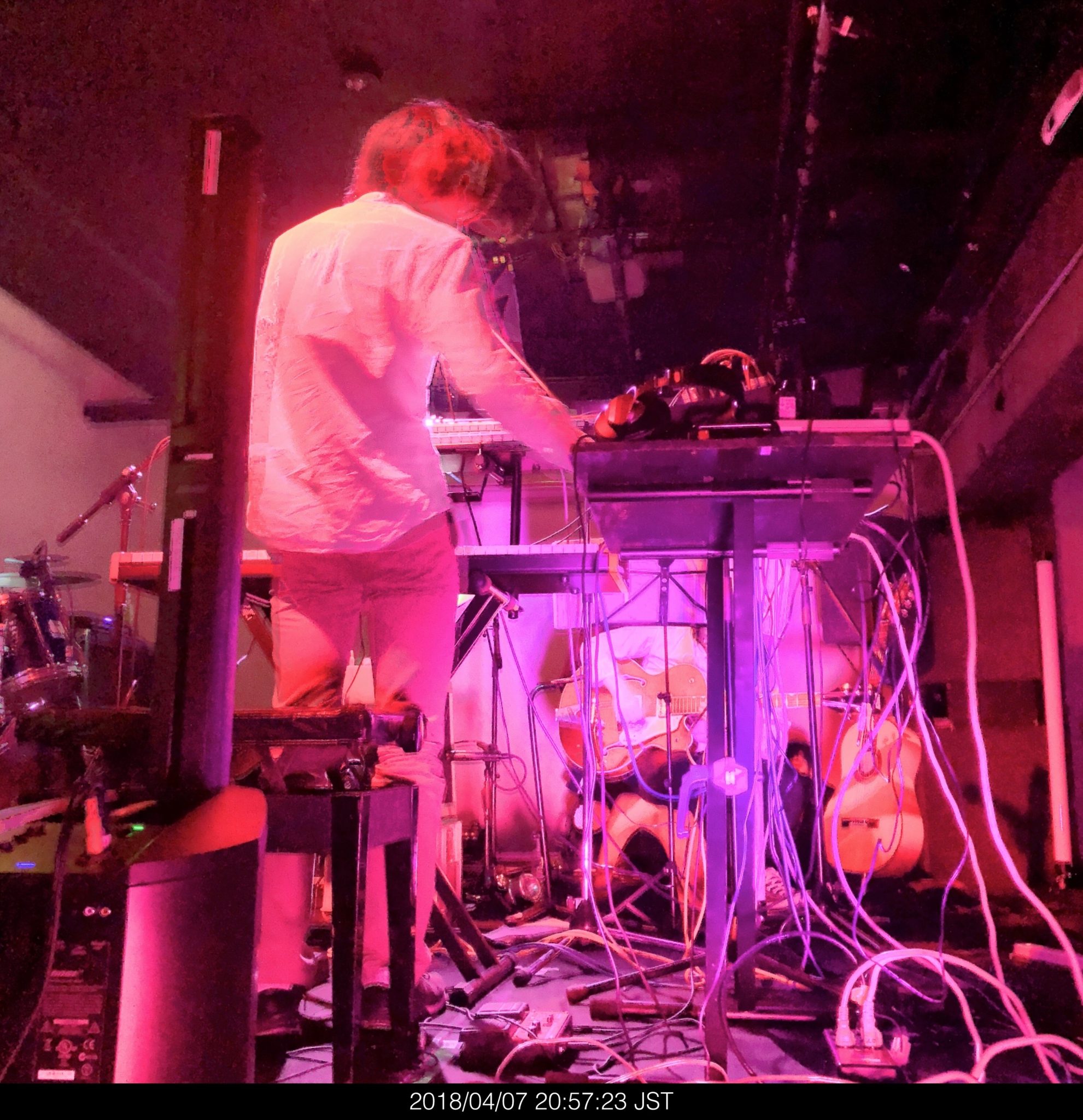 Bacteria Collective, the last band on the bill, take an unpretentious approach to de- and recomposing in their variant of pop music such concepts as song, sound installation or live performance. They filled the venue with an intoxicating mix of simply beautiful sounds, and – whatever that means – it suddenly occurred to me that I’d love to see them play in some foreign country.

In addition to being a great concert, the event was also memorable as an excellent introduction to the architectonics of pop music in Japan, and in Tokyo in particular.

2) The Flipper’s Guitar, the band of Kenji Ozawa and Keigo Oyamada, broke up in 1991.

HIROSHI EGAITSU is a DJ, writer and lecturer who works both in Tokyo and Koyo. He is one of the pioneers of Tokyo DJs emerged in 1990’s and has been lecturing at Kyoto Seika University and Tokyo University of the Arts. He has written essays inc. ” Art As Punk” for Robert Combas retrospective at Musée d’art contemporain de Lyon(goo.gl/z5RD62 ), articles inc.“The Birth of Hip Hop in Japan” as such (goo.gl/66gQMx ), translated a book“ Sound Art” ( Alan Licht ). His forthcoming book is “Tokyo Bronx Hip Hop” about Japanese rap music.