Drive In Ambient
2020.6.6, the Karamatsu Kannon Parking Lot in Namekawa 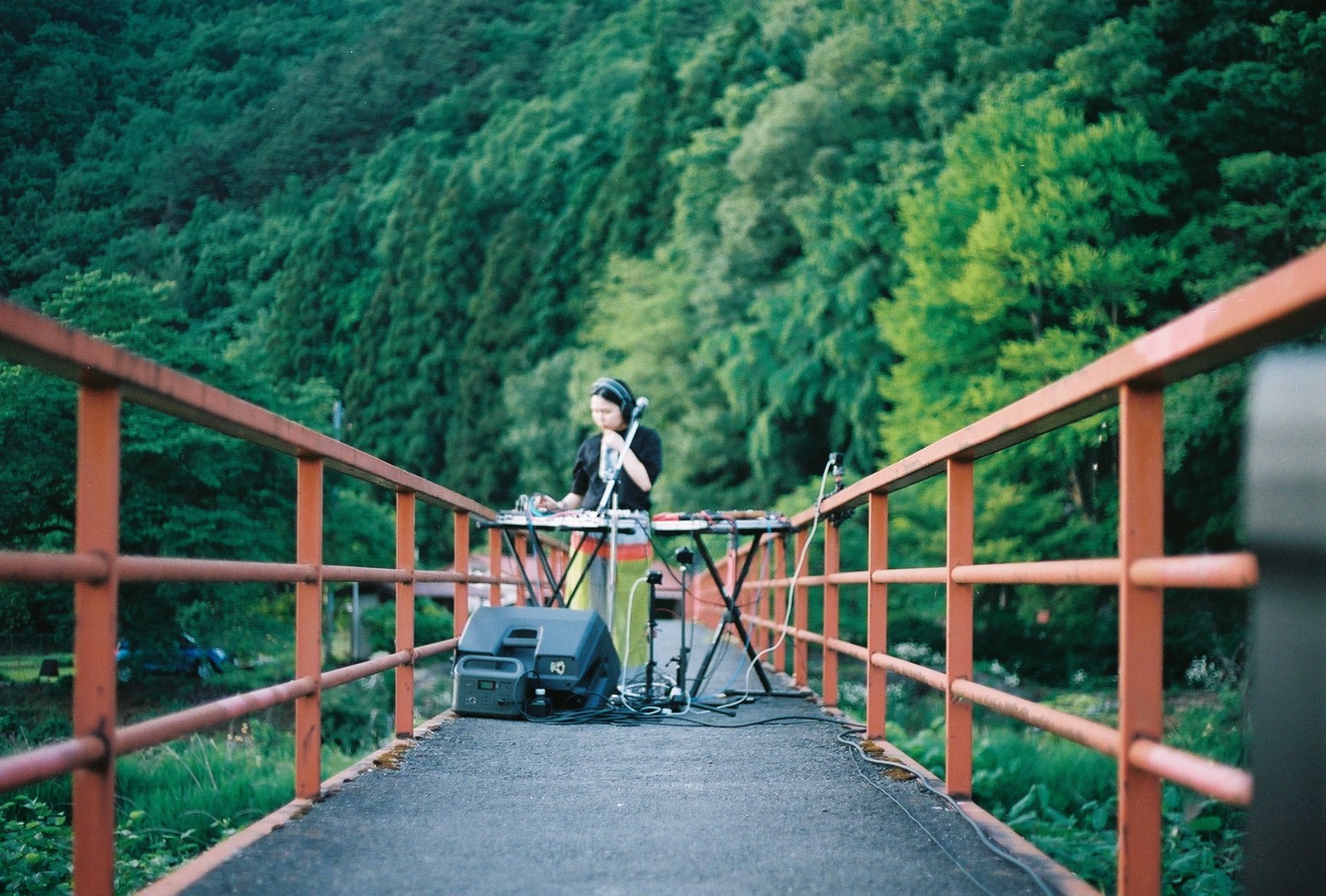 It has now been a year since music events such as gigs, concerts, and festivals came to a halt.

A state of emergency was declared, official compensation called for, and a nationwide crowdfunding campaign initiated, only to be followed by another state of emergency. As it’s become clear that the market for live entertainment will remain stagnant for more than a year, a dark cloud has descended over event organizers and artists and has also engulfed the fans who had hoped to support them.

As someone who before the pandemic used to spend most of free time at gig venues and clubs, I continued my habit after the first state of emergency was lifted, attending several open-air events and heading to clubs as often as I could. I was motivated by a hunger for musical experiences and inspired by the fact that every single lineup was now made up entirely of Japanese artists. But the declaration of a second state of emergency and the occurrence of an infection cluster close to home meant I had little choice but to gradually scale back my efforts.

Even in that situation – or rather, precisely because of it – I often looked back fondly on a certain event I attended up in Yamagata back in June 2020. 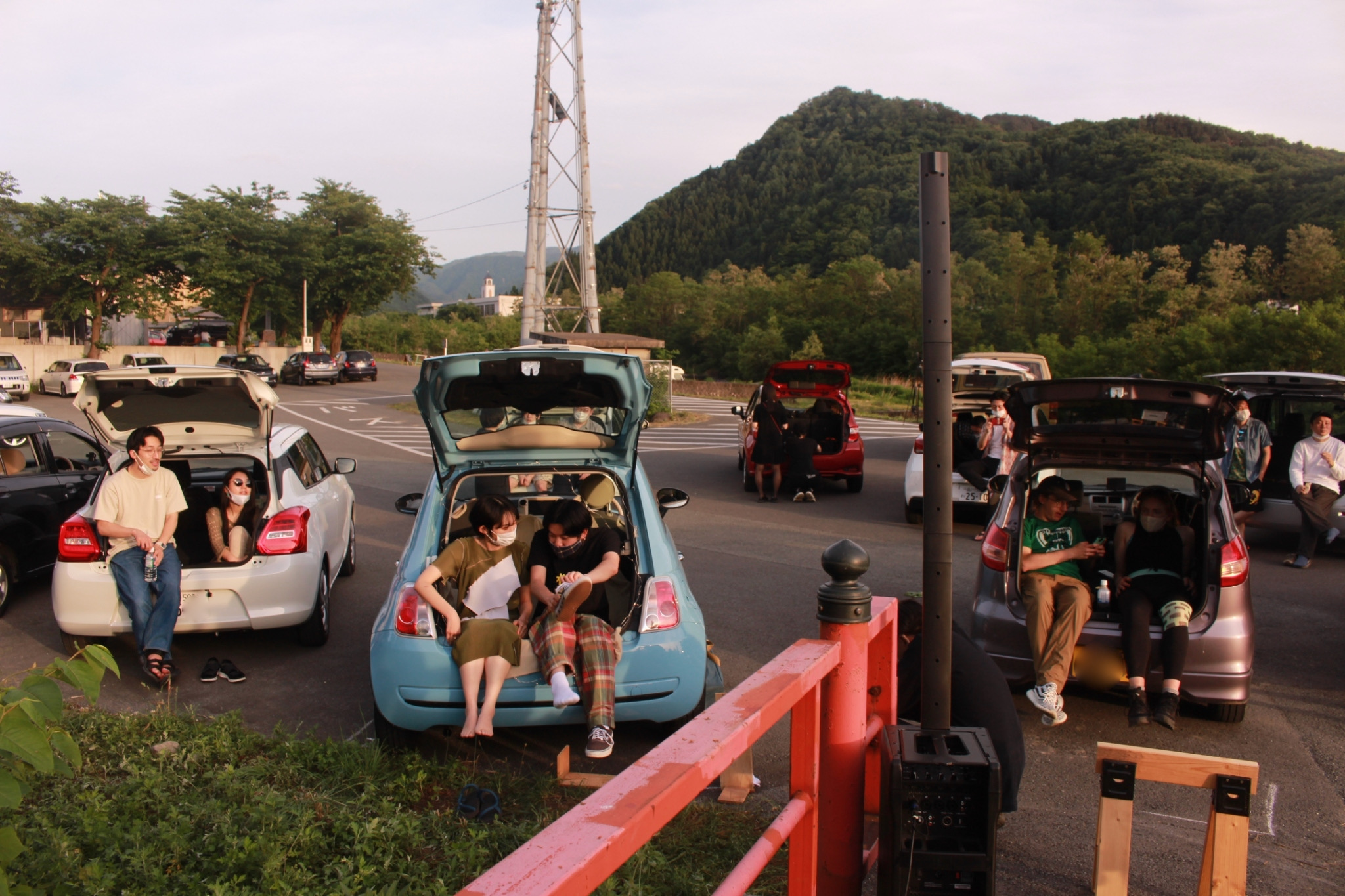 That event was Drive In Ambient, organized by a group of people from their late teens to their early 30s who had previously put on a unique music festival called Gampeki Music Fes. Adopting a loose concept true to its name, Drive In Ambient was a drive-in, socially distanced celebration of ambient music.

It felt like a fleeting, illusory moment. And what I saw and heard during it seemed to provide a hint as to how music events can turn the current pandemic-induced disaster into an opportunity for progress.

The venue for the day was the Karamatsu Kannon Parking Lot in Namekawa, a part of the city of Yamagata in Yamagata Prefecture – a serene location surrounded by rice fields and mountains. 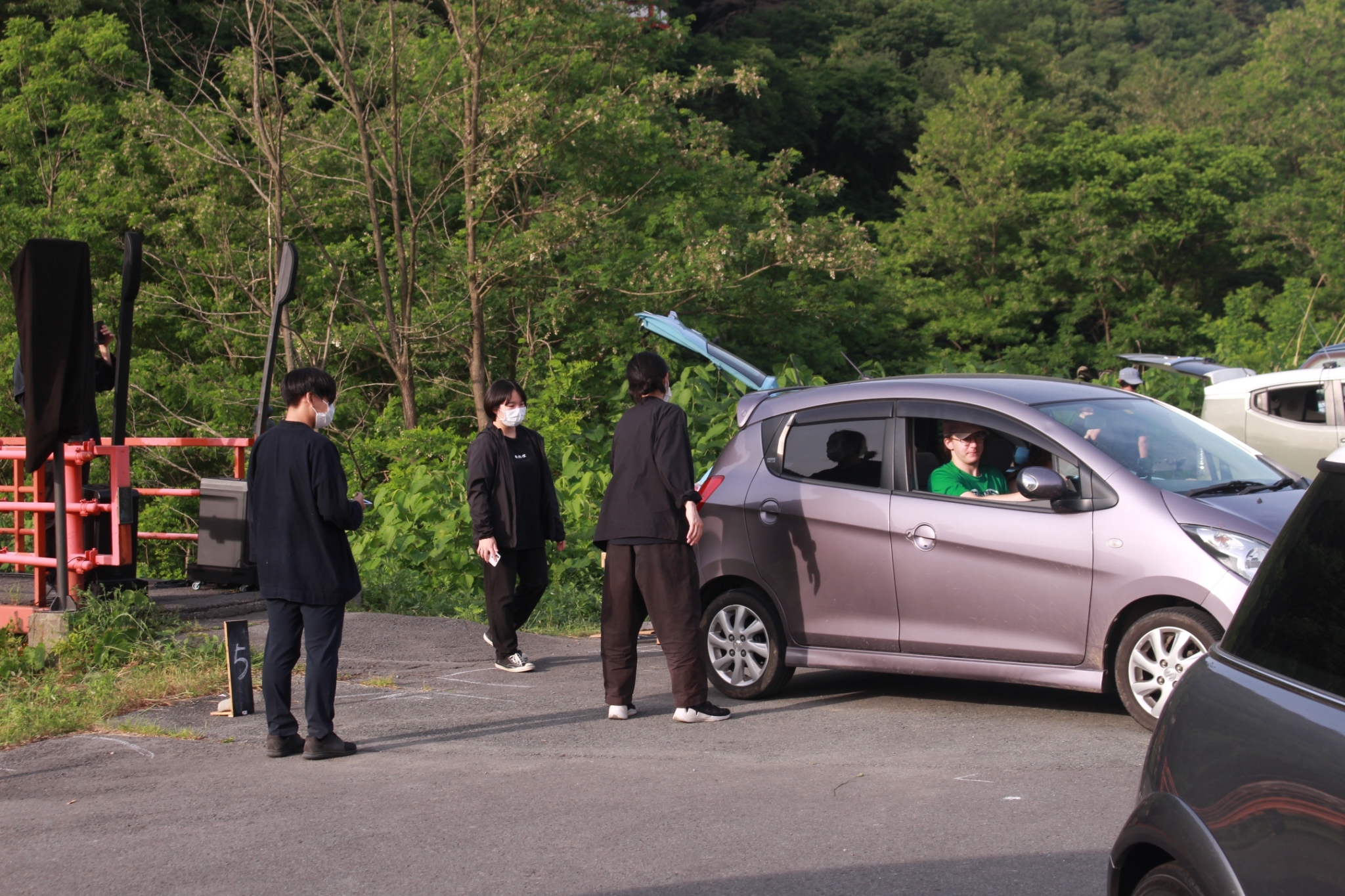 Attendees were asked to park their cars in a space by the stage at an equal distance from each other, and were basically expected to stay put. As the clock turned the announced starting time of 6 p.m., just as the setting sun was painting the nearby rice paddies and mountainsides red, Sendai-based sound artist Nami Sato began her show.

Us attendees opened the rear hatches of our cars, taking up seats in the trunk, and listened intently to Sato’s tunes.

Nami Sato makes music with an electronica-style method that involves combining synth-produced melodies and chords with the sounds of microphone-recorded instruments and field-recorded environmental sounds, voices, and more. These beautiful soundscapes retain a sense of the vivid and are as full of life as a picture drawn with a single stroke of the brush. While abstract, they possess a memorable intensity. 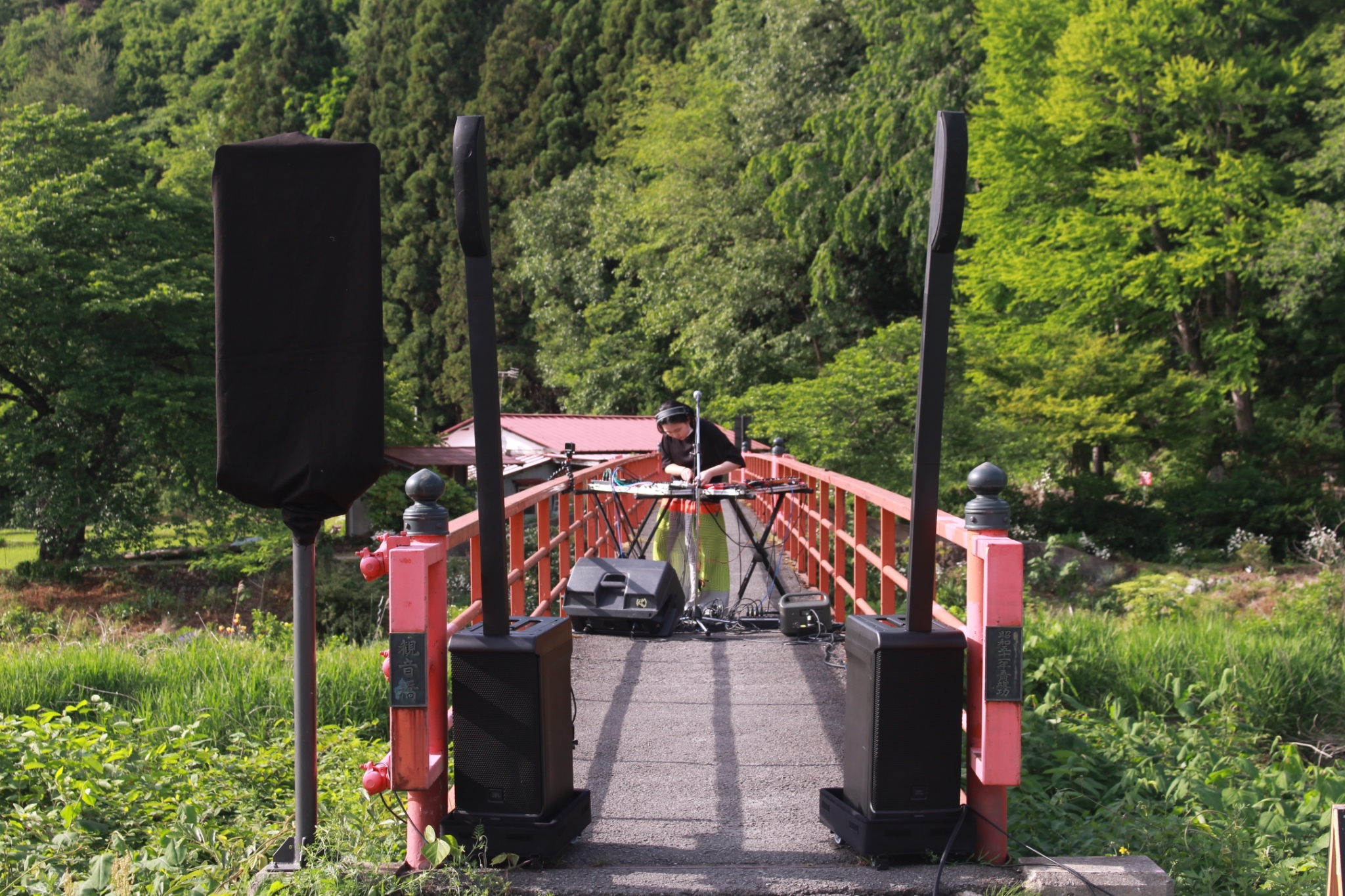 Born in Sendai, Sato’s experience during the Great East Japan Earthquake of 2011 was largely what drove her to make music. Her deeply emotional tunes do not necessarily all conjure up images of sorrow and healing directly, but you do feel a purifying effect of sorts in her overall sound. At Drive In Ambient, said effect was greatly enhanced by the landscape, backgrounded by the setting sun.

The stage at Drive In Ambient, set up in the midst of nature, appeared to exist entirely for Nami Sato’s music, while the music she played that evening hit us as if it had been made exclusively for that location. The experience drove home how a good show is one that sticks with you afterwards, imparting the feeling that it was meant to be. That’s a state unachievable by any one performer on their own.

Sitting in the privacy of one’s car without a care in the world, simply listening to music together with friends or a lover, taking in abstract electronic tunes as they merge with the setting sun… The “safe space” simply intended to prevent infection turned out to be the perfect environment for truly enjoying ambient music. 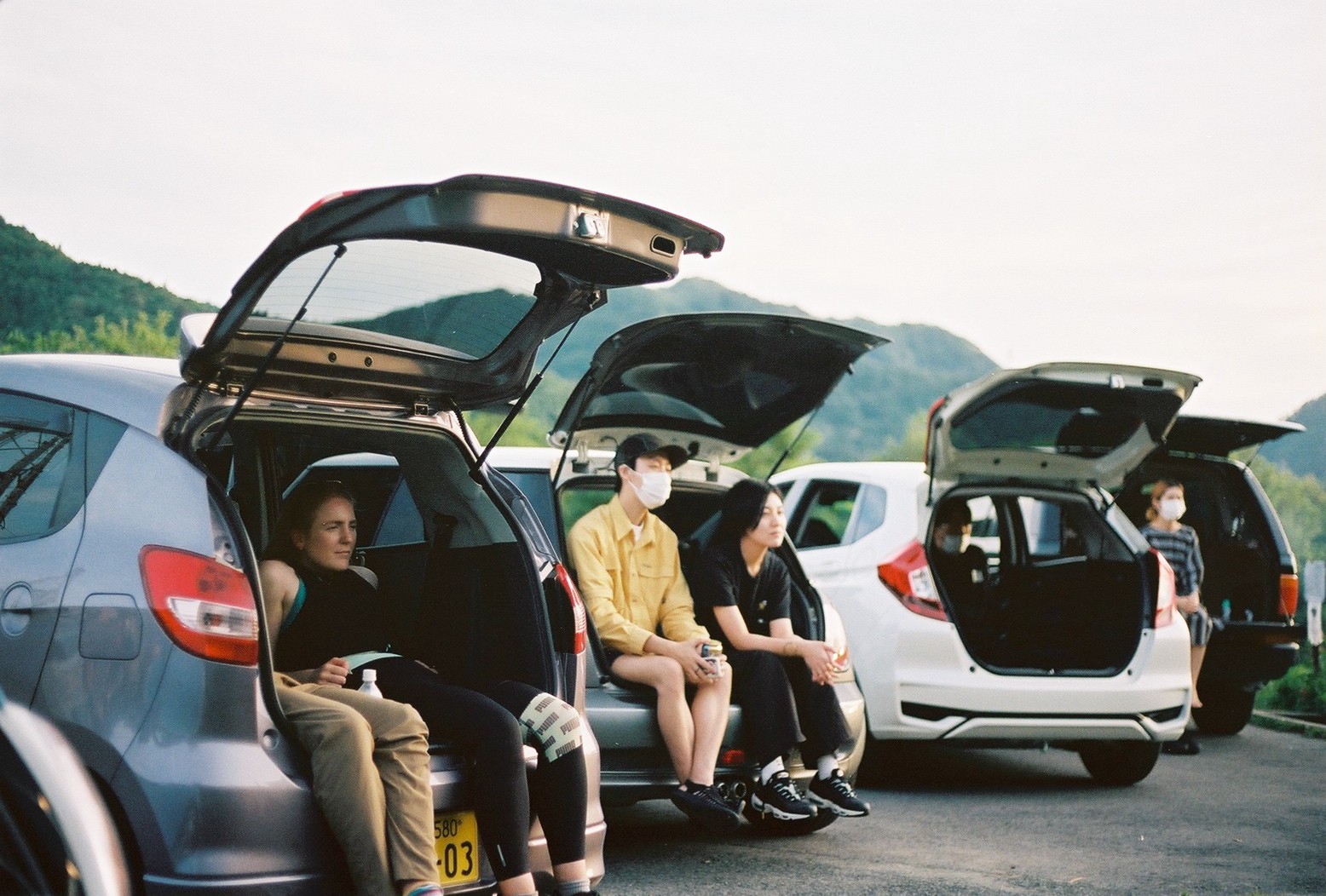 Many music fans probably recognize how uncomfortable it can be having to stand upright in the confined space of a live house or club even when listening to ambient, noise, and other genres that don’t elicit an overtly physical response in the audience.

Once a musical genre is born, the ideal way of listening to and experiencing it gradually takes shape, eventually becoming established in the form of culture and even as a lifestyle. In the case of ambient, as the genre has flourished in recent years – in part due to its connections to the mindfulness trend – we have seen an increase in events such as shows enjoyed lying down on the floor and chill open-air festivals with lineups composed entirely of ambient artists.

The coronavirus crisis appeared to be a great opportunity for rejecting stereotypes and opening the doors to ever more diverse ways of enjoying music, but that has not been the case in reality. Most pandemic-era music events have sought only to recreate classic forms with alternative methods, and trends rather appearing to be pointing away from diversification. Drive-in events have attracted plenty of attention over the past year, but listening to dance music or rock while stuck in your car most often makes, unfortunately enough, for a rather unsatisfactory and physically uncomfortable experience. 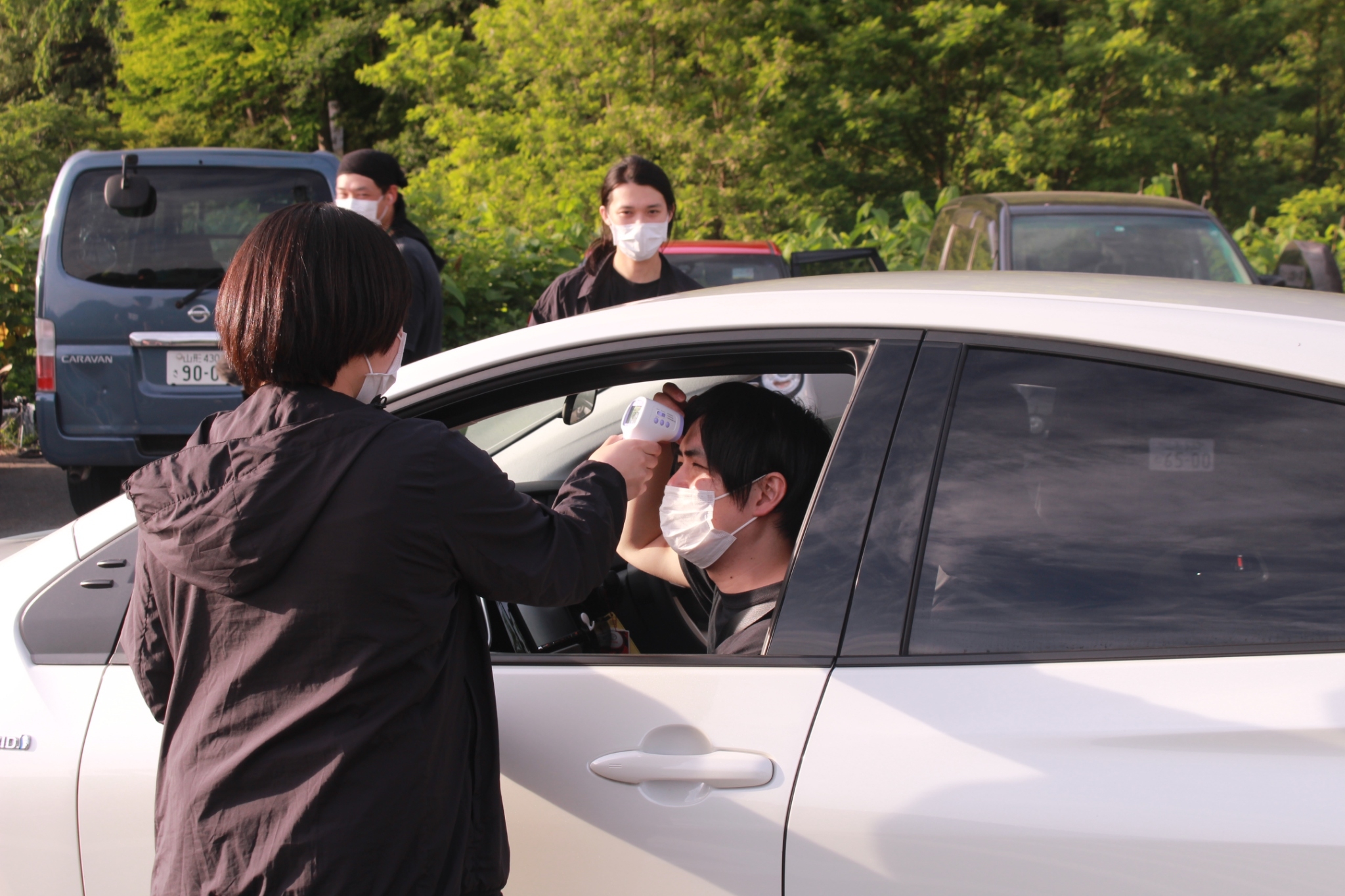 Rather than provide an imperfect substitute for a real live show, Drive In Ambient sought to make the most of the drive-in format to offer a fun and rich experience. That was accomplished by incorporating ambient music, a genre that had never really felt at home on stage or in the DJ booth.

My earlier description of Drive In Ambient as a fleeting, illusory experience stems from the fact that I’ve yet to come across another moment in which a truly new way of performing music – one that didn’t exist before the pandemic but, once experienced, felt entirely essential – was revealed to the world. That’s precisely why the experience, one so rich that it made me lose track of time, felt entirely unrelated to the sense of stigma and loss associated with the idea of a “new normal.” A view brimming with hope – that’s how I hope to remember it. 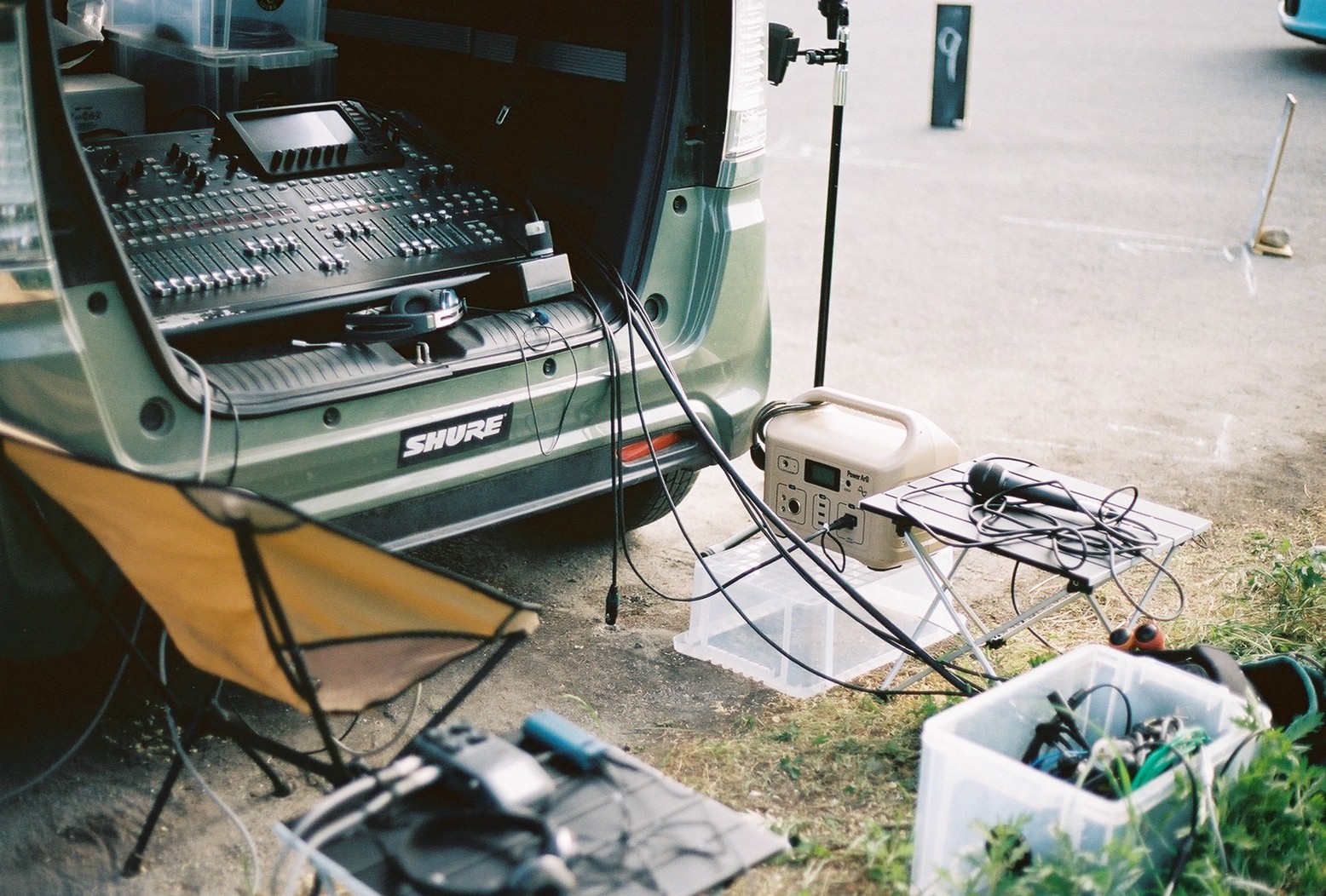 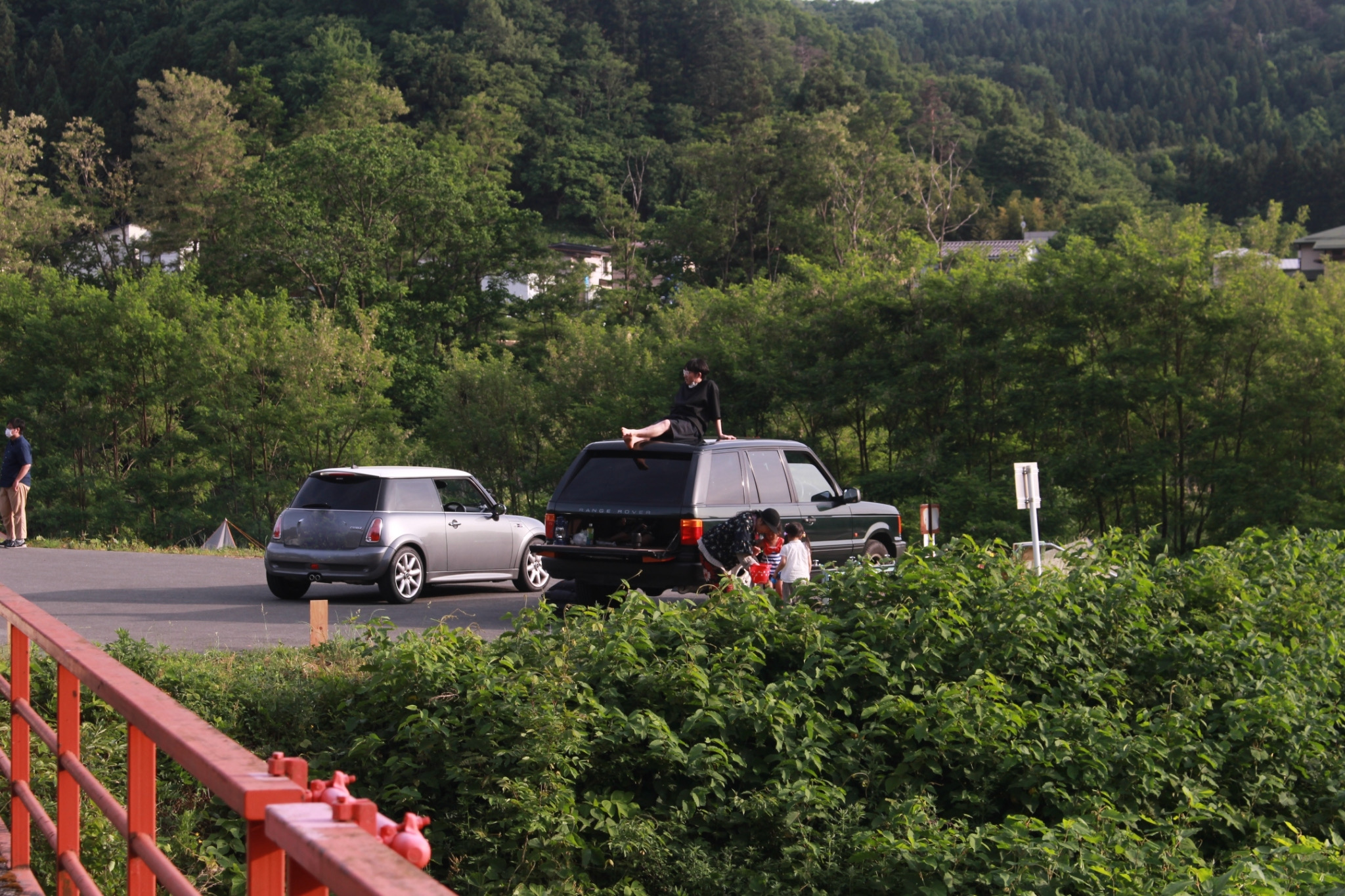 The team behind Drive In Ambient is currently gearing up for a new project, Stay In Ambient, set to take place at an art hotel in Nihonbashi on May 8.