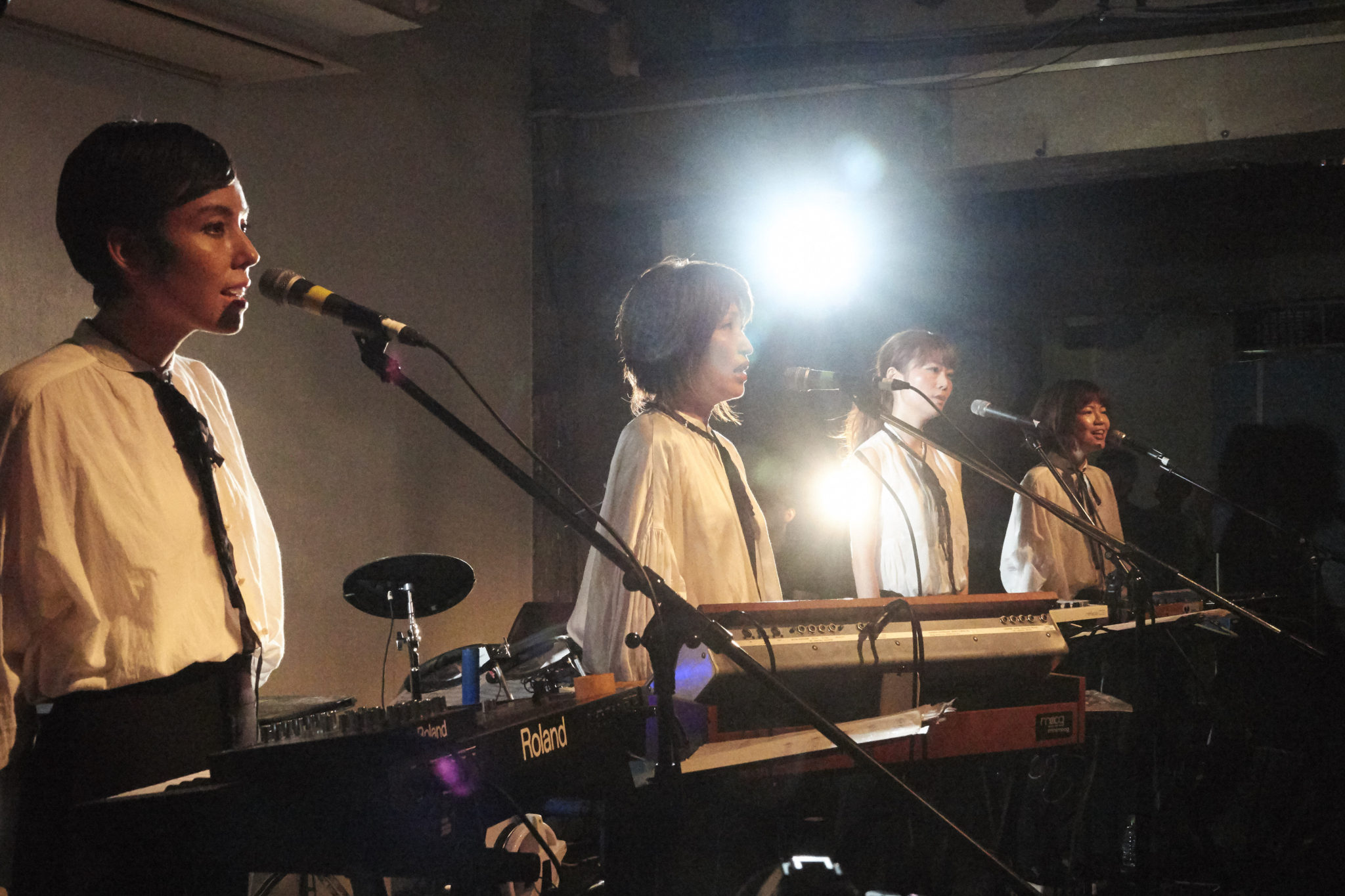 Fronted by Buffalo Daughter’s Yumiko Ohno, Hello, Wendy! is an all-female synthesizer quartet that also includes “home-recording synth girls” Maika Loubté, Azuma Hitomi and Yui Niitsu. Roppongi’s SuperDeluxe played host to the Buffalo Daughter-organized release party for their second album, entitled “No. 9”. The evening was a real Yumiko Ohno festival, as she was part of every group that took the stage – Hajime Tachibana’s Low Powers, back for the first time in 21 years, Metalchicks, the unit bringing together SuGar Yoshinaga and Yuka Yoshida, and of course Hello, Wendy!, joined by special guest Asa-Chang. It all allowed for a reconfirmation of both the depth and breadth of musical interaction engaged in by Ohno, who has become quite the authority in the Japanese electronic music scene. 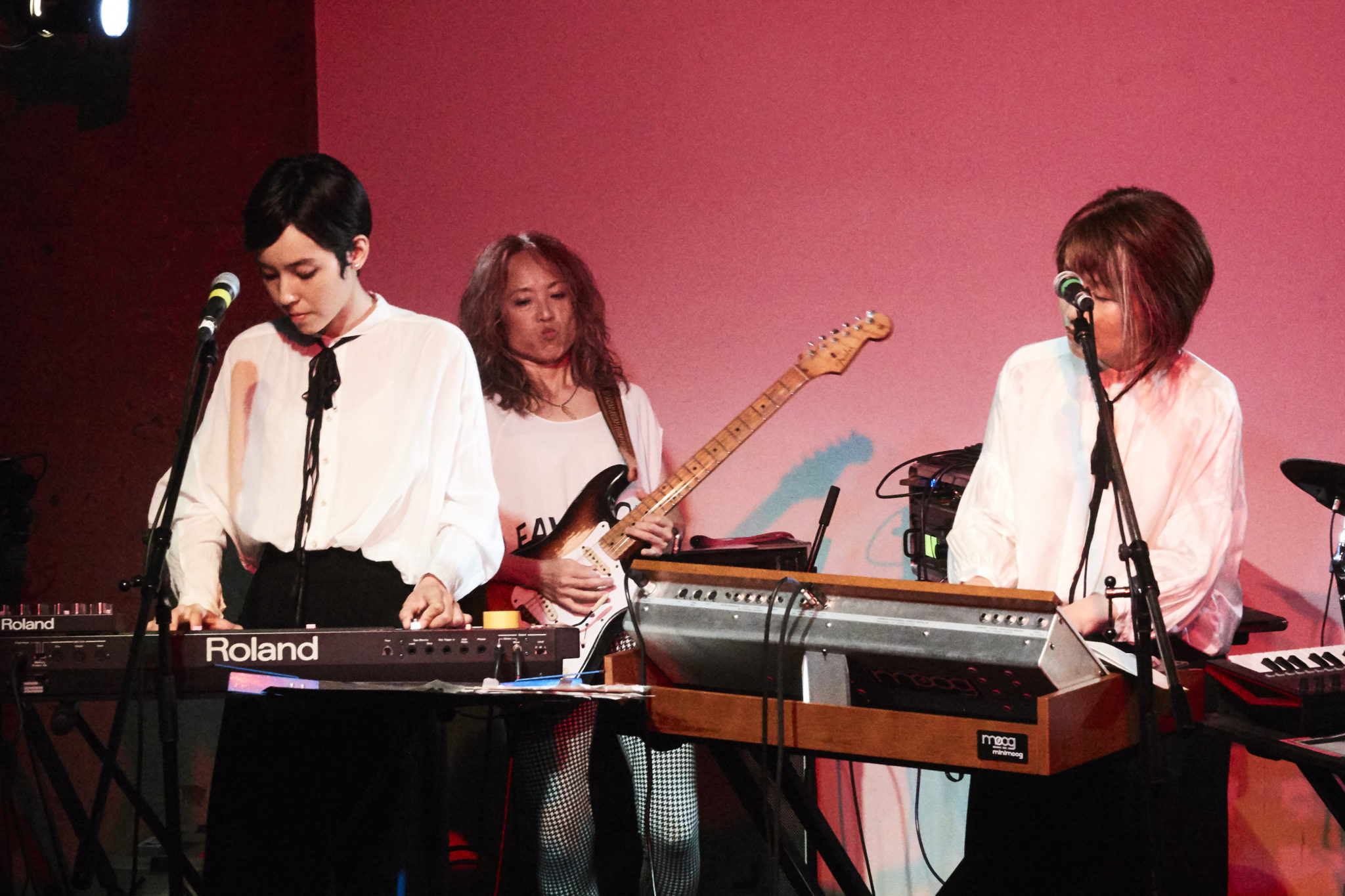 As is also made clear by the cover art for the album – a view of a graceful concert hall, the work of art director Keiji Ito – the key word in all 10 tracks on “No. 9” is “classical”. Five of those tracks are originals, while the other five are covers: Beethoven’s Ninth Symphony, 1979 techno-pop monument “Pop Muzik” by M, “Self Portrait” from the Ryuichi Sakamoto album “Illustrated Musical Encyclopedia”, Jeff Beck’s “Star Cycle”, featuring Detroit techno giant Gerald Mitchell, and the forgotten Beach Boys a cappella masterpiece “Lavender”, recorded before their contract with Capitol Records. While there’s plenty of era and genre variety, the tracks are all undisputed “classics”, clearly expressing the sound Hello, Wendy! are trying to bring to fruition.

During the gig, the foursome also performed “Daisy Bell / Bicycle Built for Two”, known as the first song sung by a computer and memorably covered by HAL 9000 in Kubrick’s “2001: A Space Odyssey”, and even Paul McCartney’s “Let ‘Em In”. Delicately selected to bring out the best in both the synthesizers and the women’s voices, these songs naturally conjured up harmonious, translucent beauty. 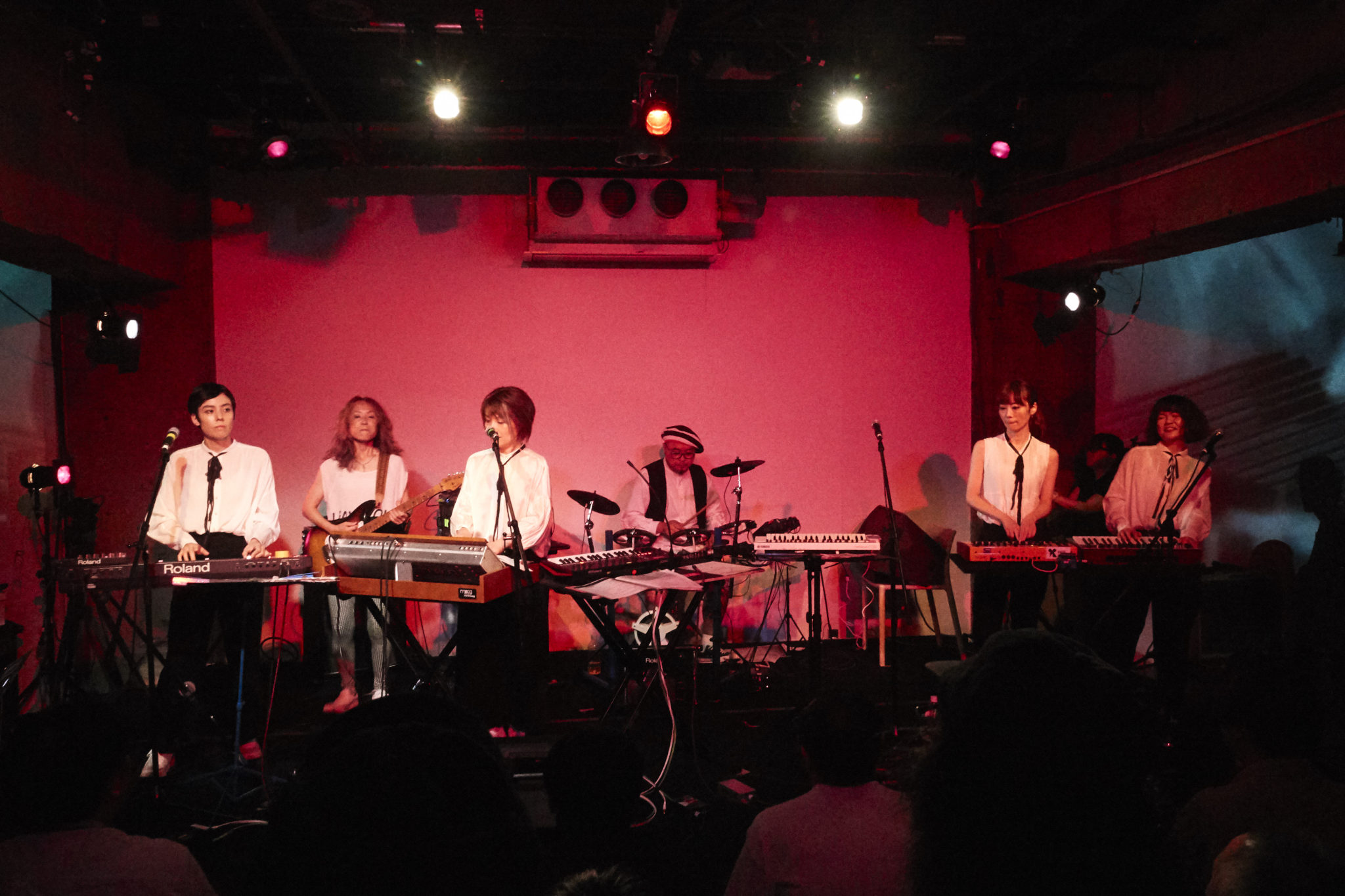 The kind of music that Buffalo Daughter has been advocating since the 1990s has been both alternative and electronic, but it’s always, indisputably, been rock. In contrast, what Ohno is trying to create with this quartet is timeless pop that still gives off a classical air – “music that grandma and granddaughter alike can appreciate” at Kissa West in 2030. Hello, Wendy! are using synthesizers, the “classical instrument” of electronic music, to express a mysterious “lightness” – not unlike Bach and Ravel did in their respective eras, when their music was considered “pop”.

The synthesizer appeared as a means to singing without a direct human touch, and while digital devices seemed to have robbed it of that purpose, it continues to be loved as an irreplaceable sound machine that inspires euphoria with its gentle and idyllic sound. Combine that with a pure female chorus and you get a force that strikes at the world from an invincible field of flowers. As the audience, of which about 90% were middle-aged male fans, swung to the precisely overlapping notes as in a trance, I was convinced that there simply couldn’t be any room for coercive control or populism to interfere here. 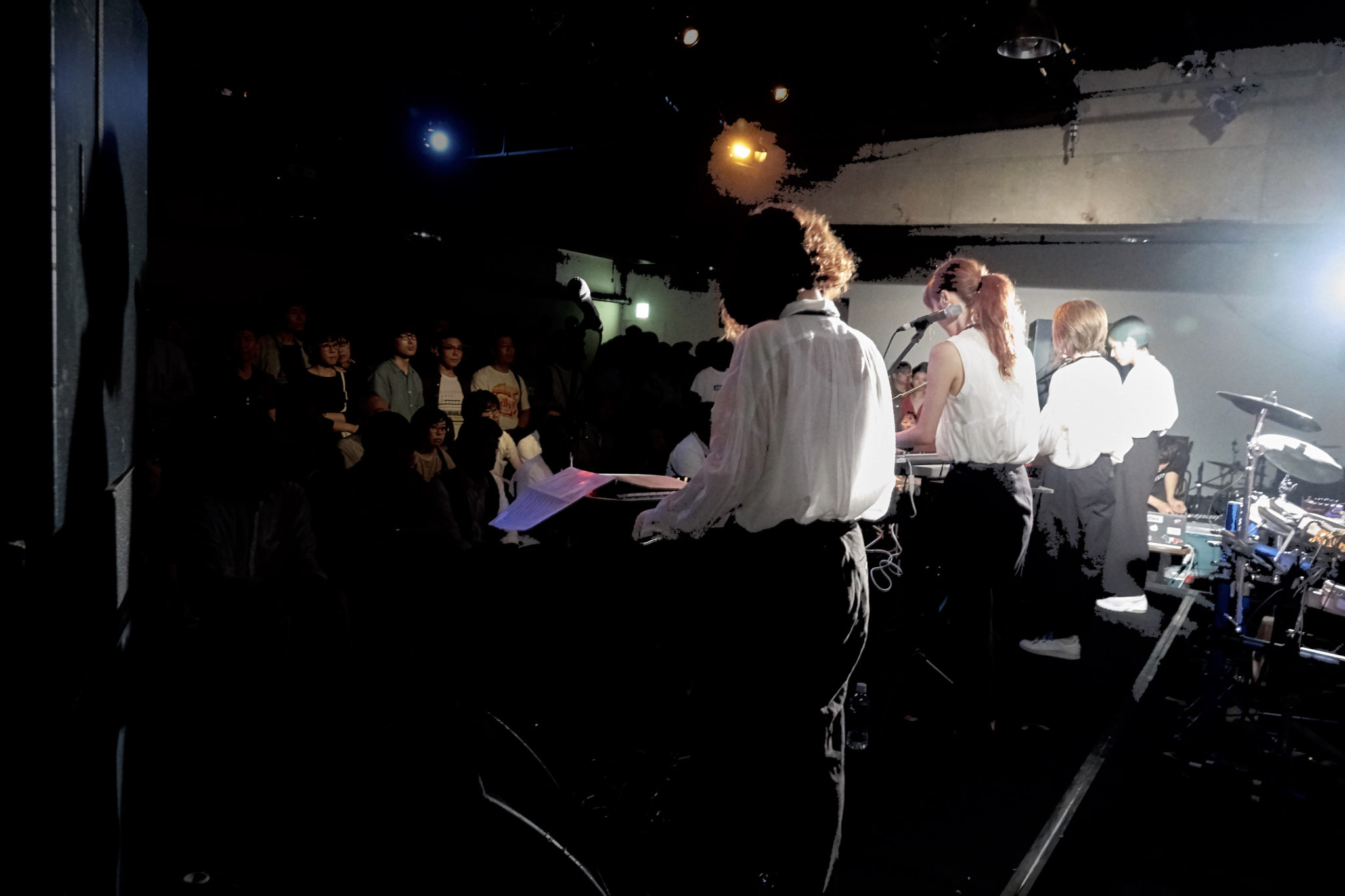 Buffalo Daughter are planning a re-release of their past work on vinyl before the end of the year, and are currently working on an album set for a 2019 release.