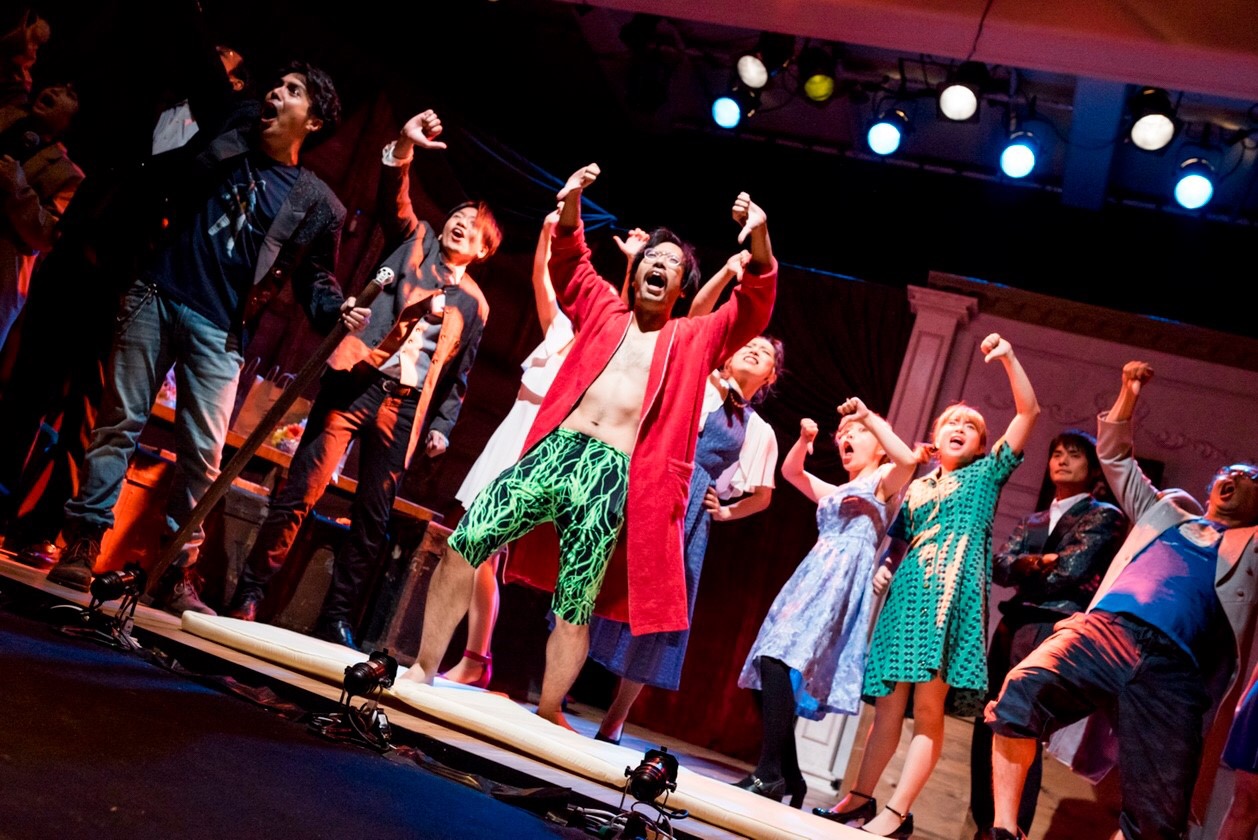 Hibiki Takama in the ring with Moliere

Right-wingers on the Internet, the Entertainment Business Act, Fukushima, gangs, female politicians… These are some of the countless topics that the Kyoto-based theater company Warai no Naikaku has been dramatizing in their unique comedy style. This time it’s the French playwright Moliere, known especially for his satirical plays. UsingMoliere’s personality and approach to theater as the driving force, the piece examinescomedy in a self-referencing manner. If one understands Takama’s previous dramatic works as individual discussions of social phenomena, here he seems to deliver his general theory on theater at long last. 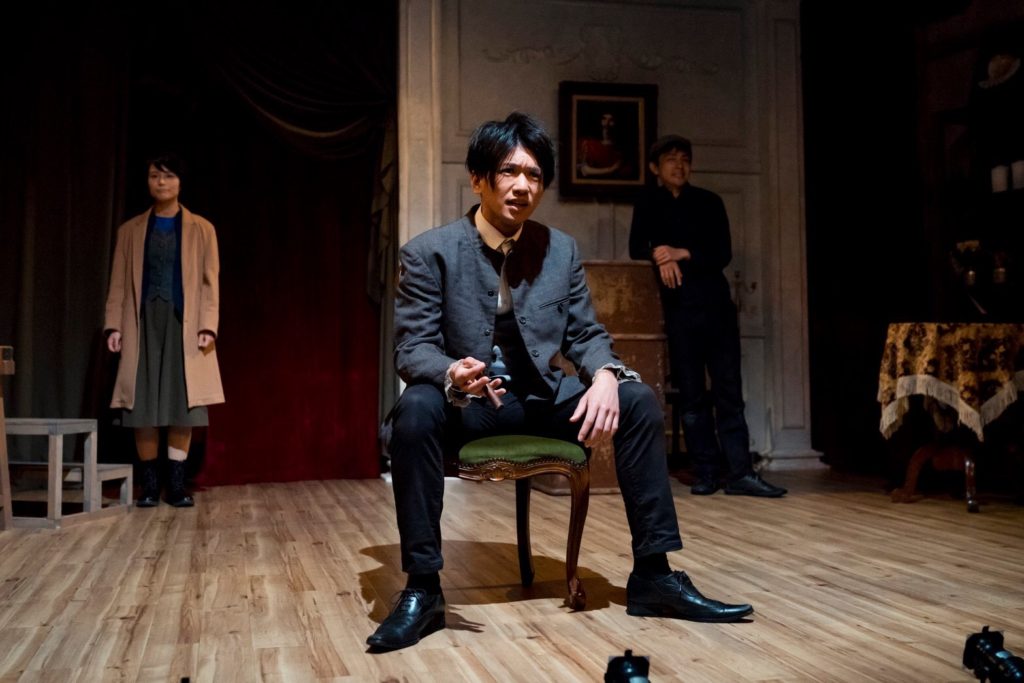 In December 1665, a theater troupe led by Moliere (played by Higedaruman)staged “Alexander the Great,” a tragic play by playwright Racine (Ryosuke). However, Racine gave the Hotel de Bourgogne permission to perform the piece, and even took out Marquise-Thérèse de Gorla (aka Mademoiselle Du Parc, played by Mizuho Kumagai), the star actress of Moliere’s company. Profits of the performance of “Alexander the Great” eventually decreased significantly, resulting in a backstage tumult between Racine and Moliere that is illustrated in this piece.

Highlighted through this matter is especially the human nature of Moliere. He argues that it is much more difficult to produce a comedy that is supposed to make people laugh first and foremost, compared to a tragic piece. On the other hand, he also has an itch for women. Next to his wife, there are numerous lovers among the members of his theater troupe. Contrary to his profound thoughts on the art of the comedy, he is a company manager who strives to create successful plays, and a vulgar person with a sleazy attitude toward women. Right because of his ambiguous nature, Moliere was very sensitive and able to satirize the contradictions in people and society that he observed. This plot comes across very convincing.

The entire play unfolds in the form of retrospective exchanges between three persons (including Racine), with the aim to write Moliere’s biography. Every time he tries to present himself at his best, and show just how devoted he served the great Moliere, some other witness shows up and relativizes things by claiming “it’s a lie!” It is a piece that illustrates theludicrous habit ofhuman beings to interpret and glorify things to suit their own book. 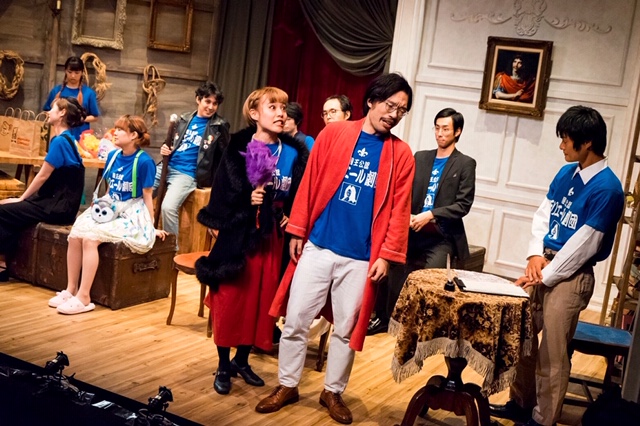 What is particularly noteworthy about this piece is that playwright and director Hibiki Takuma himself is the subject of satire. It ends with a show-wrestling style microphone performanceby Moliereand Takama, where Takama has to take the flak from Moliereas to how he quotes lines that come in handy from Moliere’s plays; how he uses them as a tool for his own work; and how he treats himself on the same footing as Moliere regardless of his inferior abilities. So Takama, satirizing Racine and others, has created a setting in which he himself is the subject of criticism. This is as deep as he gets down to the essence of human irony, and at once it’s also what reversely irradiates Takama’s sincere attitude toward Moliere, and his own preferences when it comes to comedy. As a result, Takama finds himself in the ring with Moliere.

Higedarumanas Moliere, Hiro Uehara in the role of his lover’s husband, and other actors armed with unique human personality help cement the foundation for a substantial theatrical experience.