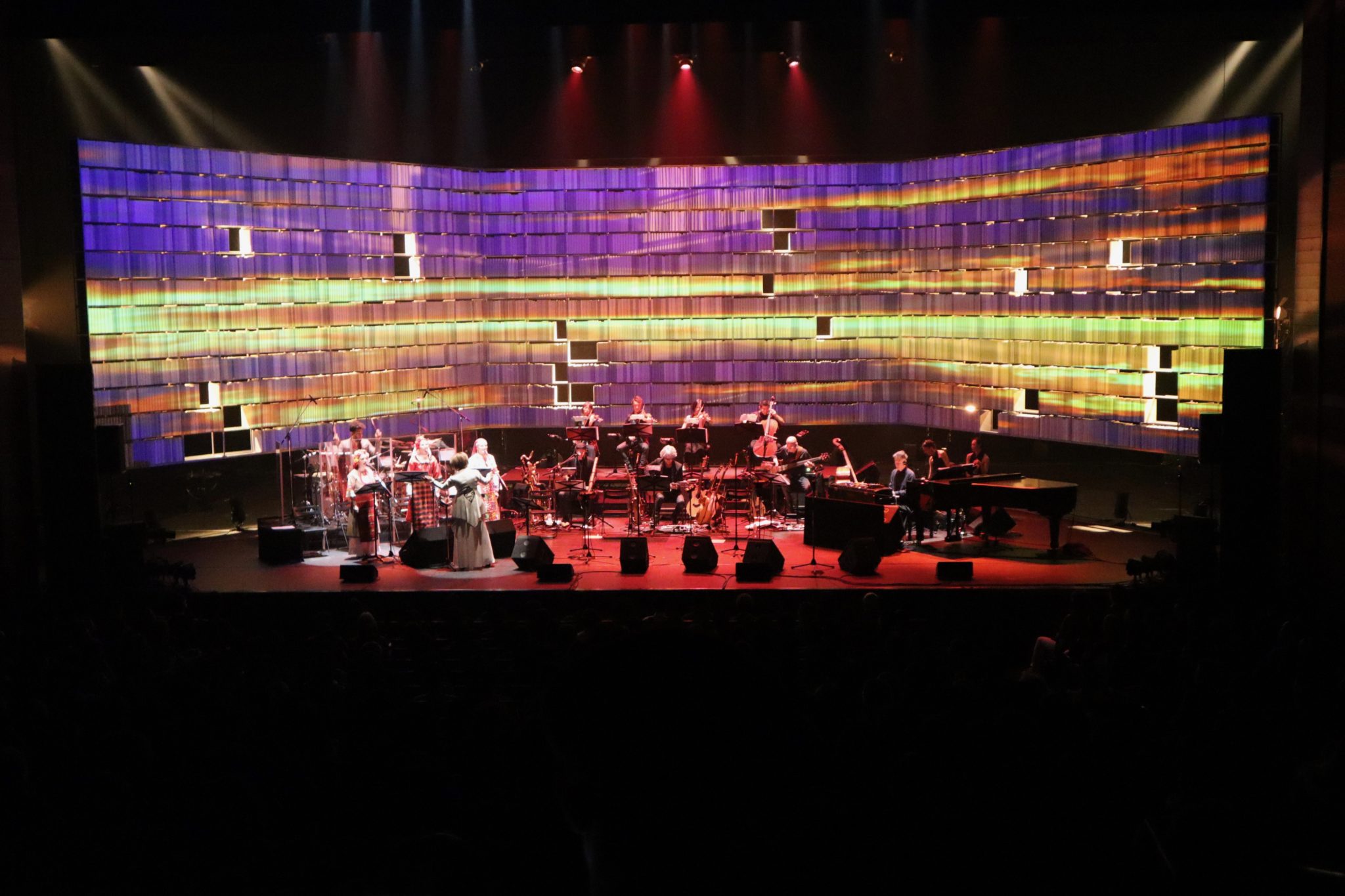 In recent years, autumn has been the season for live concerts by Jun Miyake in Japan. These shows have become a common feature of the Japanese autumn so to speak. Miyake is based in Paris and therefore unable to perform here in Japan very often, and as musicians from all parts of the world usually gather for each of his concerts, this adds to the difficulty he must have realizing his live shows.

Considered by Miyake himself as his life work, the “Lost Memory Theatre” trilogy was completed with the final installment in 2017. While a concert is usually an occasion for a musician to present on the live stage new material that has just been released, things are quite different in Miyake’s case. His pieces are generally difficult to consume. Any superficial notion of contemporaneousness and regionality is rejected, and highlighted instead are the unconscious modern qualities that we all share on a deeper level. In that sense, Miyake’s music has little to do with the short-lived world of sales figures and Billboard charts. 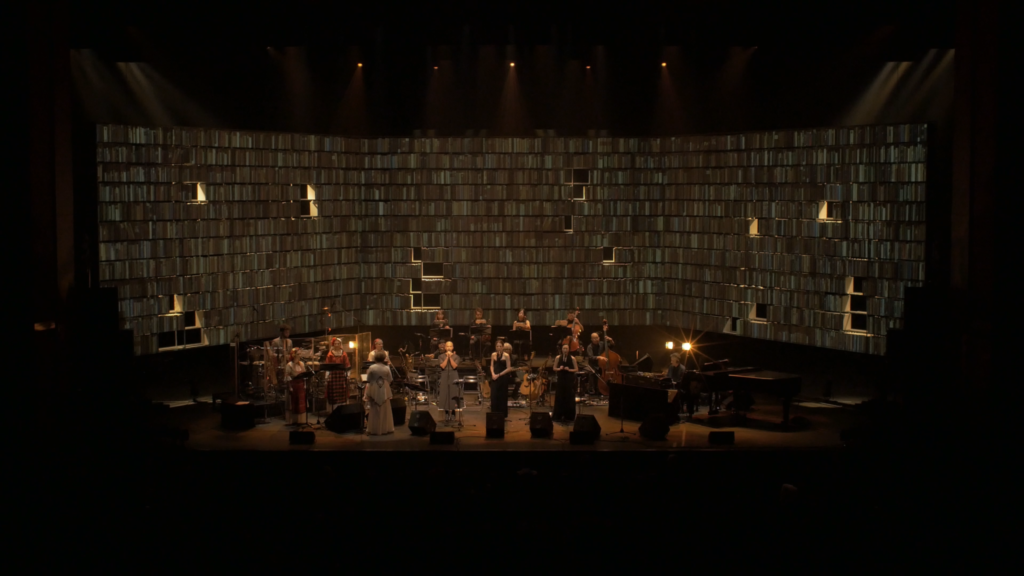 “Lost Memory Theatre” was originally inspired by the mysterious Club Silencio that appears in David Lynch’s 2001 movie “Mulholland Drive.” It is a place where actual sounds and sceneries get distorted, and the original human definition of experience and memory is dissolved. The music that Jun Miyake composes is not notated or otherwise written down as scores, and it is not based on musical scales or temperaments. Maybe it’s something like music without a designated object; a soundtrack for a movie that doesn’t exist; a map of a city that doesn’t exist; memories of something one hasn’t experienced; or afterimages of something one hasn’t seen…

In charge of direction and spatial composition of this KAAT concert was again Akira Shirai, who also worked on the ”Lost Memory Theatre” performance combining music and dance that was staged at the same venue back in 2014. The stage featured a giant bookshelf that functioned as a screen, onto which various images of churches, moonlit nights or deserts were projected, only to disappear again in the next moment. 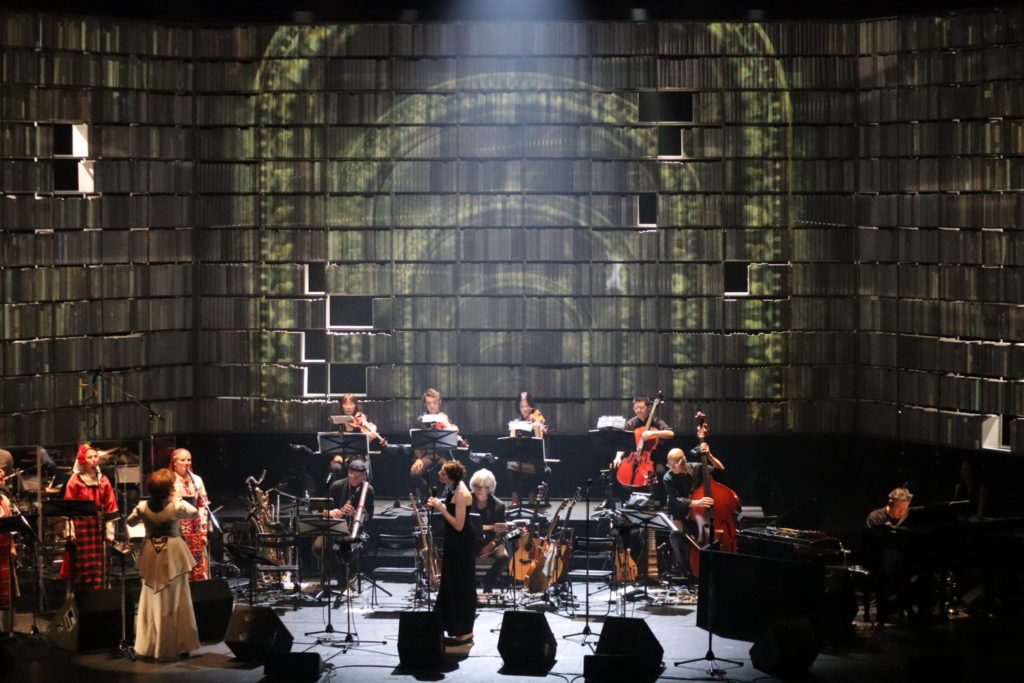 In addition to such familiar vocalists as Lisa Papineau, Cosmic Voices, Bruno Capinan and Kyoko Katsunuma, the lineup included Vagabond Suzuki on bass, as well as violinist Asuka Kaneko, with the world’s leading team of Philippe Avril + zAk at the mixing desk.

It was another memorable audiovisual experience of the Miyake family as we know it, supported by a team of the very best in the music business today. If nothing else, this experience is the one thing that’s for real.