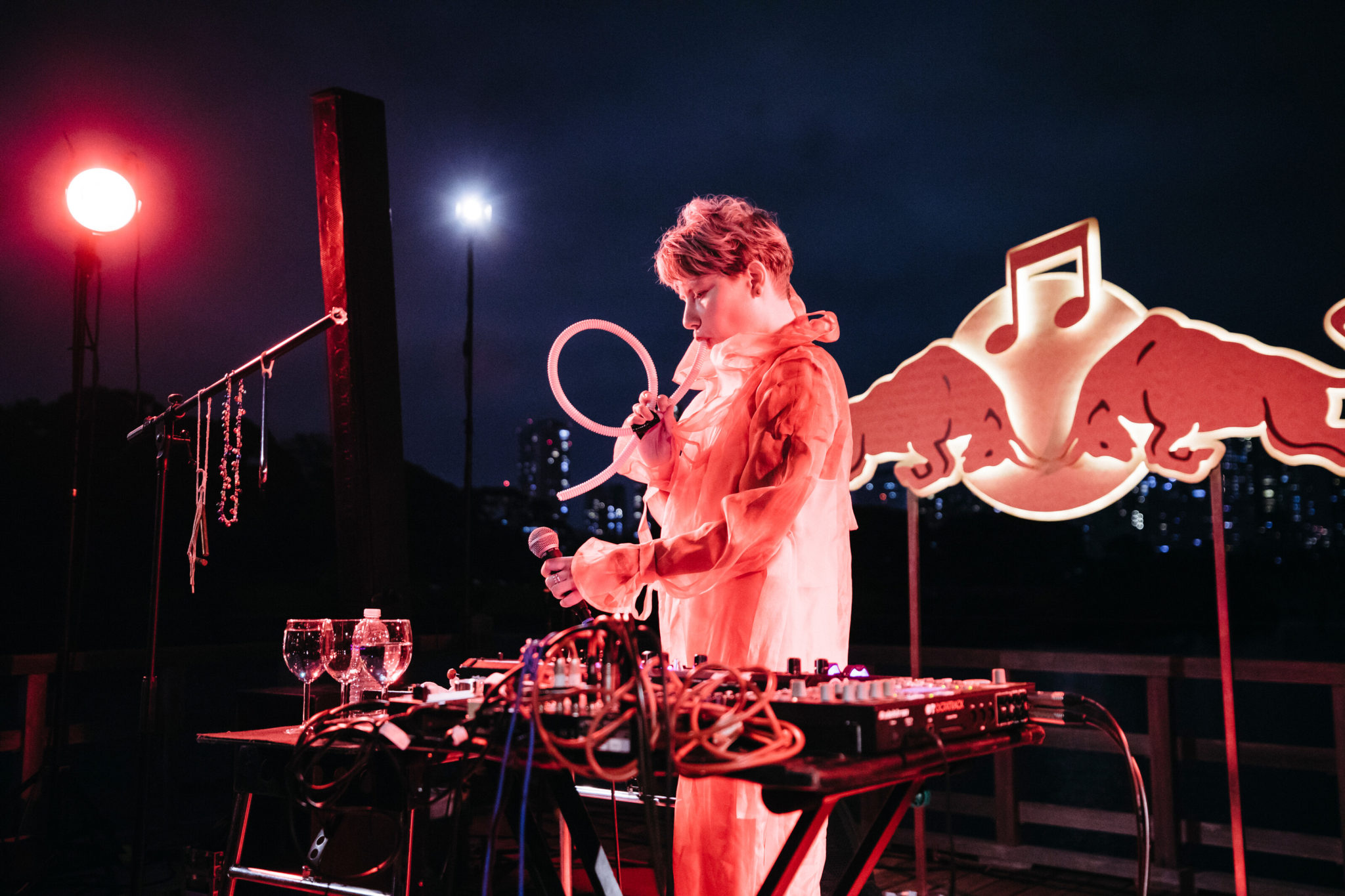 Delicate music at its delicate best

Spread out across venues throughout the city, the annual Red Bull Music Festival Tokyo (RBMF) returned this year with a lineup of seven programs, each with its own unique concept and featuring musicians and DJs from both Japan and other countries. This is a festival known for putting on events that your average promoter probably couldn’t pull off even if they tried, including organizing gigs and DJ shows on a moving Yamanote Line train and booking an entire Karaokekan building and filling it with the best and brightest trackmakers Japan has to offer. RBMF combines a focus on underground music with sophisticated buzz-creation methods, stimulating the Japanese music scene by challenging it to pursue the high standard set by this sprawling celebration.

A particularly noteworthy part of its 2019 program was Kako-Ryuryoku(the beauty of nature), a night-time spectacle that took over the Hamarikyu Gardens in their entirety. The event called for participants to “experience the coexistence of nature and technology through ambient music and lighting”. 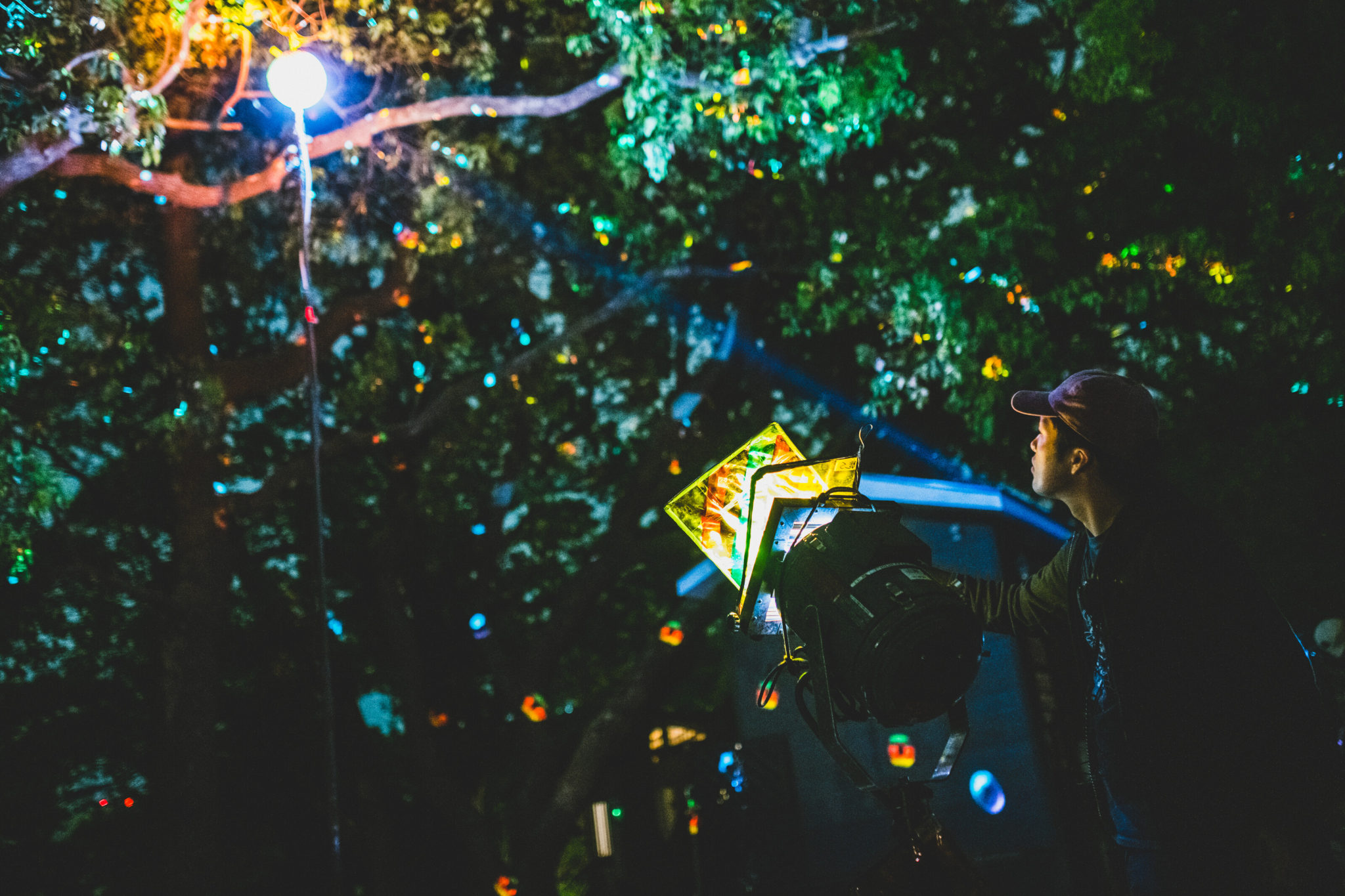 The timing was apt for such an event. The recent reappreciation of Japan’s ’80s and ’90s ambient and new age scene, brought about by the international reissuing of several records from said era by the likes of Motohiko Hamase, Joe Hisaishi and Haruomi Hosono, as well as Seattle-based label Light In The Attic’s recent compilation of Japanese ambient, can well be seen to have factored into the festival’s decision to highlight the extent of ambient and beatless music in this form. 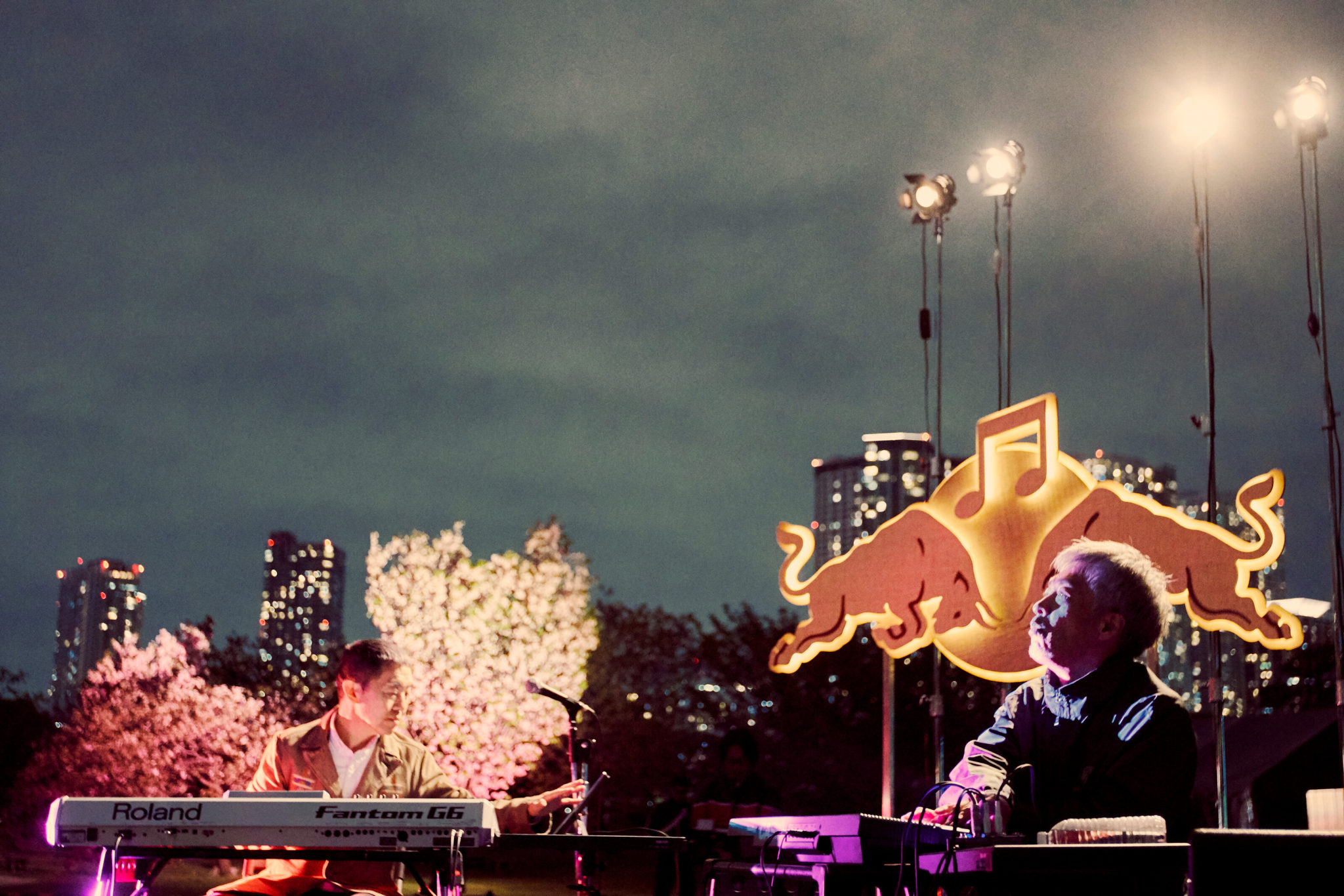 Symbolic of that very trend was the performance put on by Inoyamaland, whose 1983 ambient classic “Danzindan-Pojidon” is among the many records from that time recently picked out for a re-release. A significant part of the audience, of them about 30 percent Europeans and Americans, appeared to have come mainly to see this synth unit, formed by Yasushi Yamashita and Makoto Inoue in 1977 to create music for avantgarde plays produced by Koichi Makigami. “Danzindan-Pojidon”, released under the Medium imprint controlled by Haruomi Hosono’s Yen label, is a representative example of the “oriental”, Shangri-La-inspired sound – one of the defining features of the Japanese ambient and new age tunes that are now experiencing something of a renaissance.

To think of it, perhaps only RBMF – an amalgamation of conceptual programs – is capable of immediately picking up on such global but highly niche trends of reappreciation and then expressing and relaying them in the form of a sophisticated event. Considering that many artists now being given another look in the same context as Inoyamaland have taken their music in a very different direction in the intervening decades, Yamashita and Inoue’s show, which brought back to life their classic sound and perspective – exactly what the audience had come for – sure made for a precious experience. 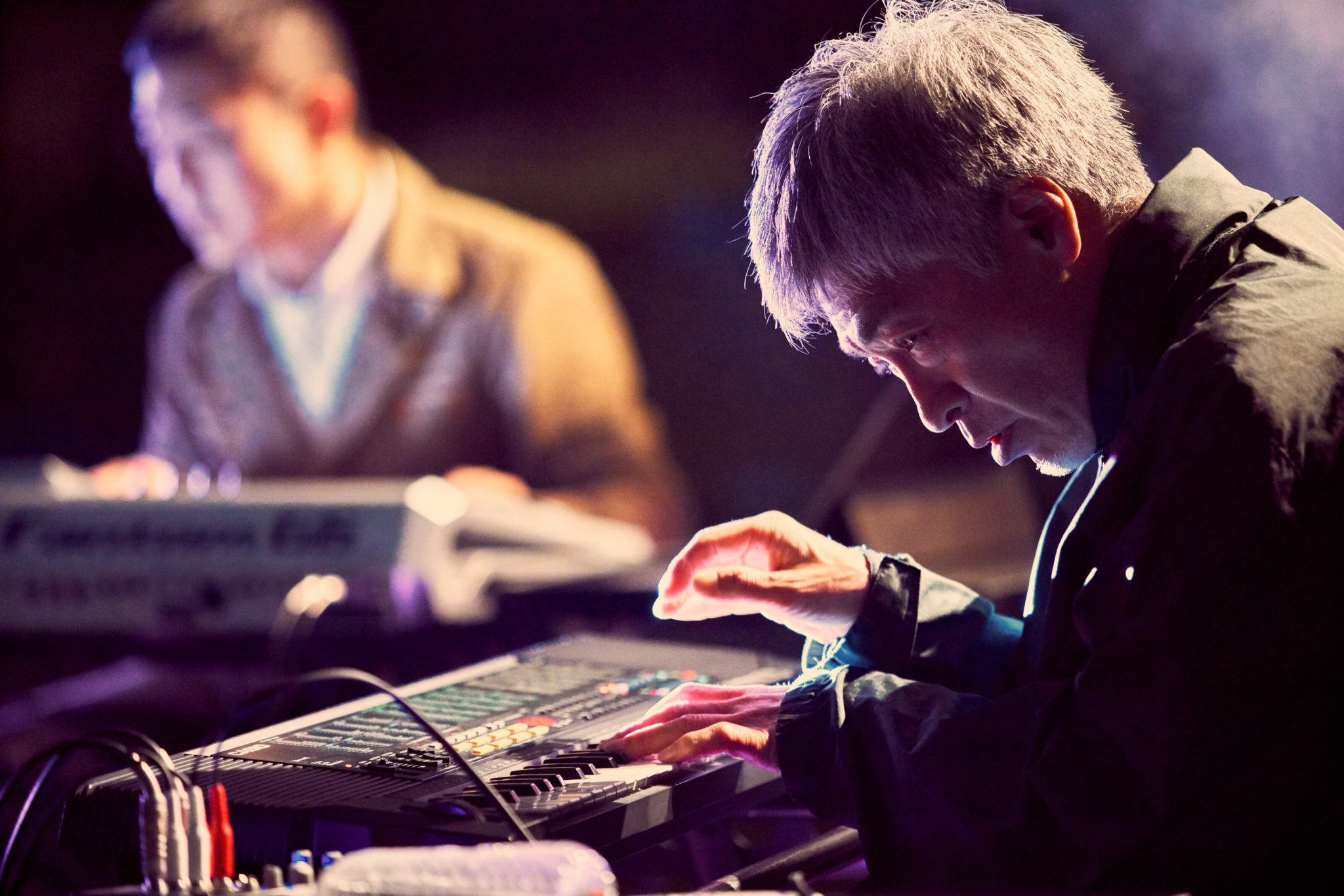 A trip in the completely opposite direction was offered by Nami Sato and Loradeniz; two up-and-coming artists whose joint performance kicked off proceedings that evening. Incorporating plenty of improvisation, their non-beat sound felt like something that might remain after a techno groove has been completely taken apart. In contrast to Inoyamaland’s landscape-like take on “the coexistence of nature and technology”, it lent a different sense of depth to the event. 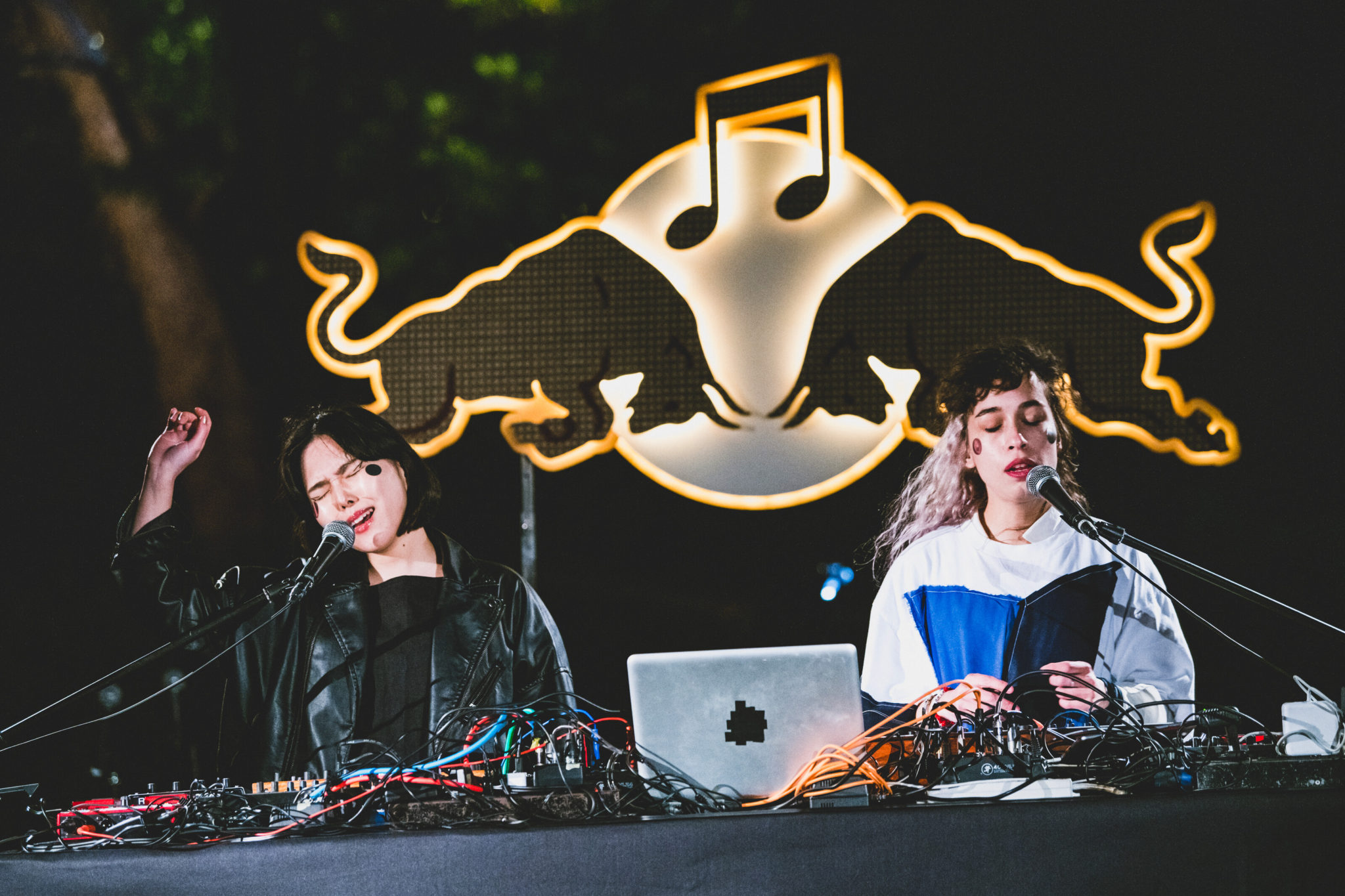 Instead of adhering to any strict genre definition of ambient, Kako-Ryuryoku brought together a diverse set of “ambient-like” music – a philosophy well in sync with the zeitgeist. That considered, the highlight of the event was indisputably the performance by Kate NV.

Before breaking out on her own, Kate NV (aka Kate Shilonosova) was the vocalist of Moscow-based post-punk band Glintshake. Her solo debut came in 2014 with “Pink Jungle” – a meta-heavy pop EP with the kind of vaporwave influences so common back then. A mean critic might suggest that her career up to that point was all about keeping up with trends. But in 2016, new album “Binasu” made the music world stand up and pay attention to this enigmatic talent. Brooklyn-based label RVNG saw something special in Kate NV’s foreboding sound, and the two powers joined hands to produce “для FOR”. An album born “like falling in love – happens when you least expect it”, as Kate NV described it in an interview with AVYSS magazine, it proves how its creator belongs in the same category as artists such as Arto Lindsay and Rei Harakami – people who have the rare ability to make music with whatever they touch, regardless of material.

But back to the gig at Kako-Ryuryoku, which was held in unique surroundings. The Nakajima Teahouse stage, set in the middle of the Hamarikyu pond, saw the audience sit on red felt sheets laid out on the teahouse’s tatami-mat floor while the performer played on the terrace. In addition to synthesizers and loopers, the equipment set up for Kate NV included wine glasses and a miniature metallophone. The sounds we heard included nothing recorded; everything was constructed in real time.

The performance consisted of individual tones, to which sounds were gradually added layer by layer before a sudden stop. However, while Kate NV’s stuff may resemble the kind of music that claims the title of “experimental” merely by virtue of playing around with various elements, it is of a different breed entirely.

Its real magic is revealed in the moment when shreds of sound and assembled voices suddenly form a glorious musical harmony. These tunes, which appeared to melt away into the dark pond behind the artist and the garden beyond, sure drove me to ponder the “the coexistence of nature and technology”. 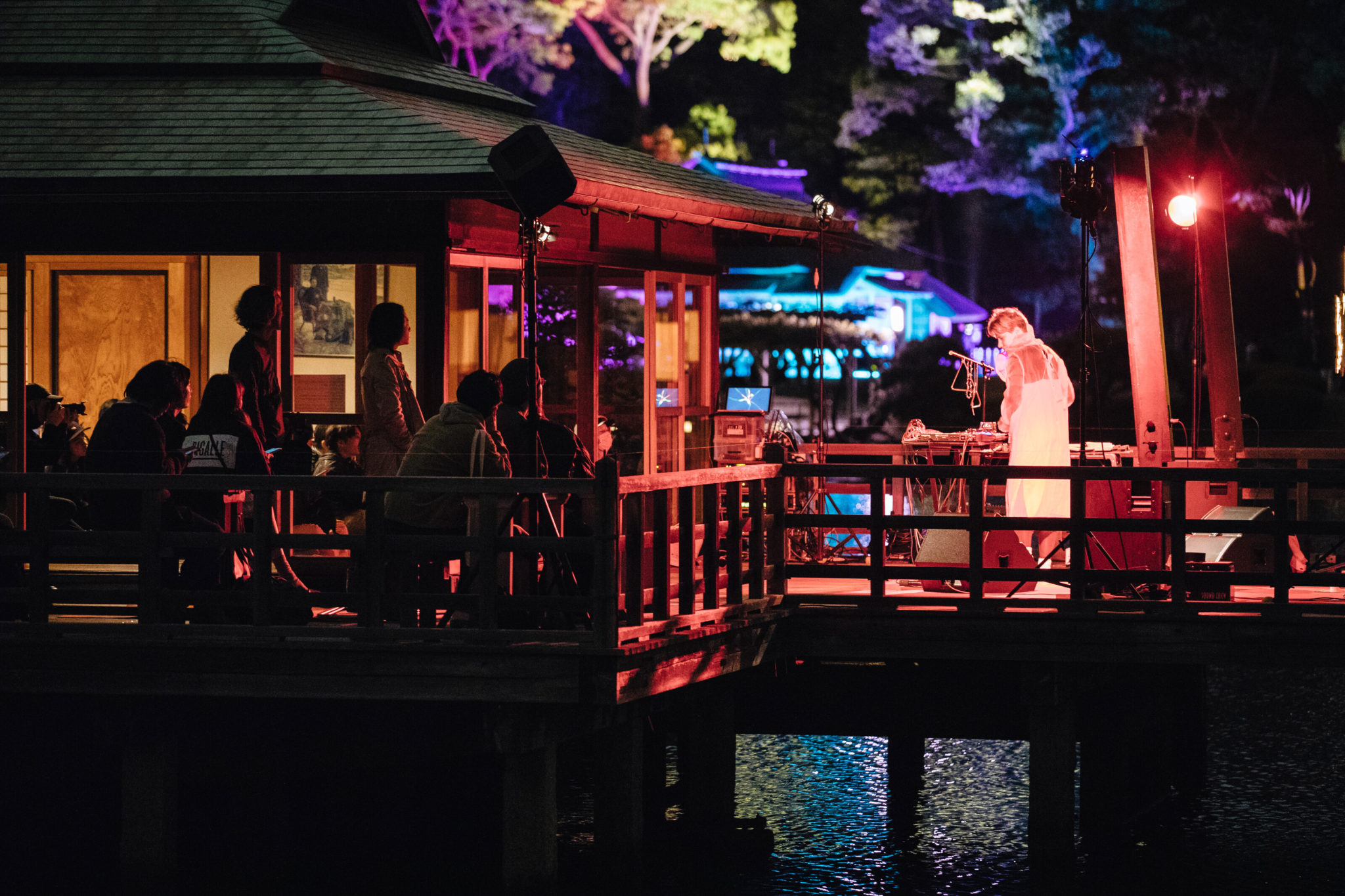 The diverse types of music played at Kako-Ryuryoku were only united by one loose commonality: a lack of beats or basslines. In contrast, among the pop and dance tunes we hear on a daily basis, there are barely any tracks that completely eschew these two features – features that inevitably, at least to some extent, limit interpretation and place the tune in a certain spatial position. That considered, surprisingly many people may actually be hoping for more events like Kako-Ryuryoku, which can open our ears to a different kind of sound and let us enjoy delicate music without reducing its delicateness. 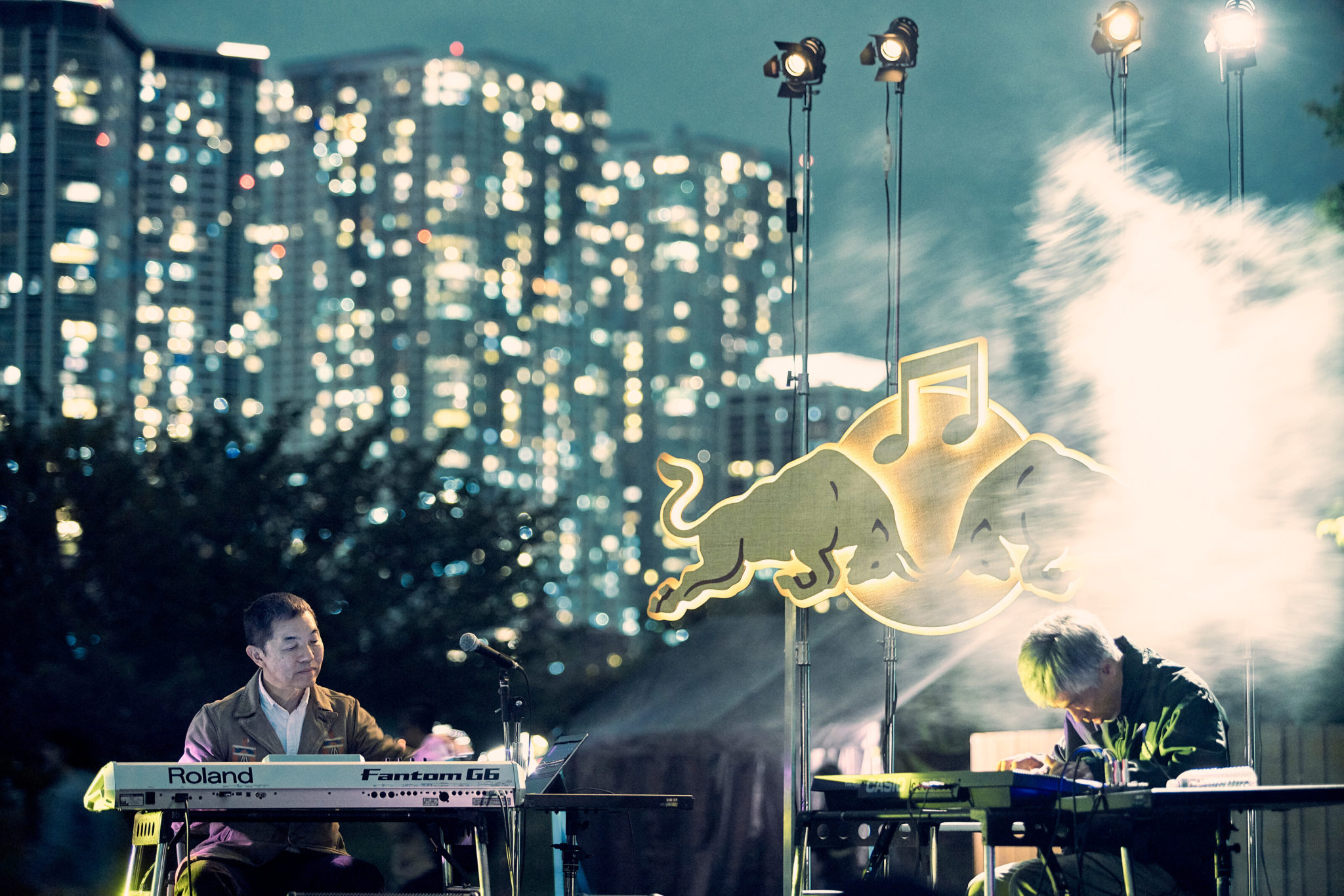