Choreographer and dancer Masako Yasumoto teamed up with 44 children in grades three to six of elementary school for a ten-day workshop, creating an original play together. Performed on the last of those ten days, the work easily exceeded all expectations; in fact, it turned out to be the greatest spectacle of this entire summer. Working with the theme “Build a taiko drum, beat it, and dance”, Asa-Chang, a musician who has been involved with several plays before, was in charge of the music. On the first day of the workshop, things started out with each participant building their own taiko. The groundbreaking idea brought about from this starting point in a mere ten days was replete with unique touches conjured up by Yasumoto, who is also raising two unruly kids of her own. 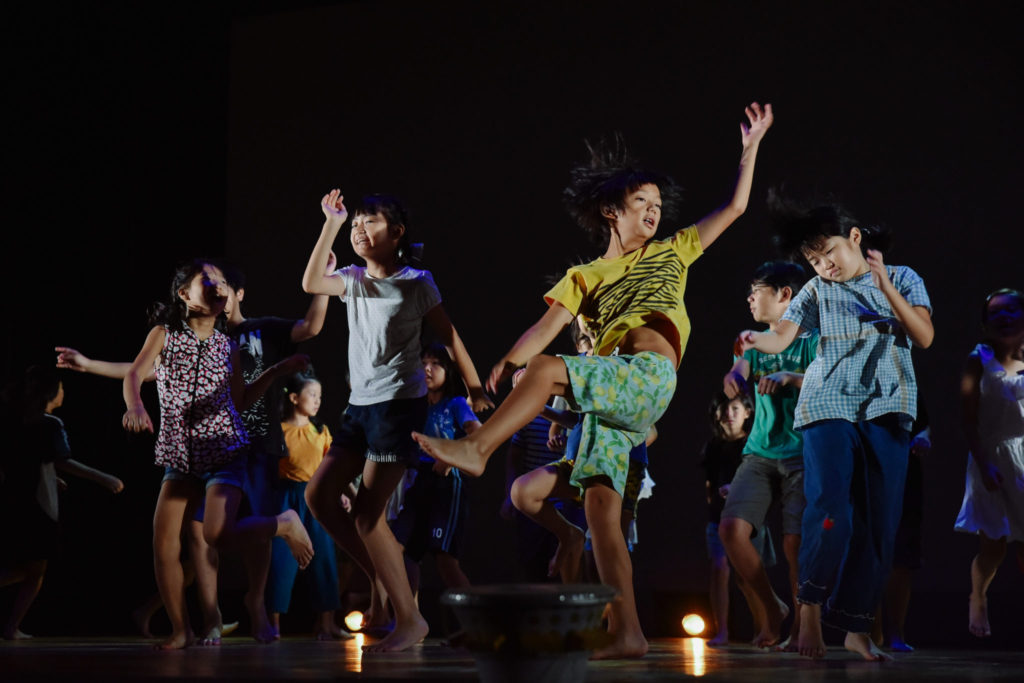 First, as the simple but easily modifiable rhythm of percussion instruments forms the work’s foundation, even inflexible kids and kids with no dancing experience found it easy to move about naturally. Most participants were able to dance freely to their heart’s content by simply watching, listening, and naturally adopting Yasumoto’s movements as their own. Having lived in Africa while traveling in her 20s and experienced the essence of African dancing there, Yasumoto often incorporates African moves into her improvised routines. Her workshop saw sprouts of dynamism, born out of improvisation and with no need for acquired techniques such as in hip hop or classical ballet, burst out of the ground. 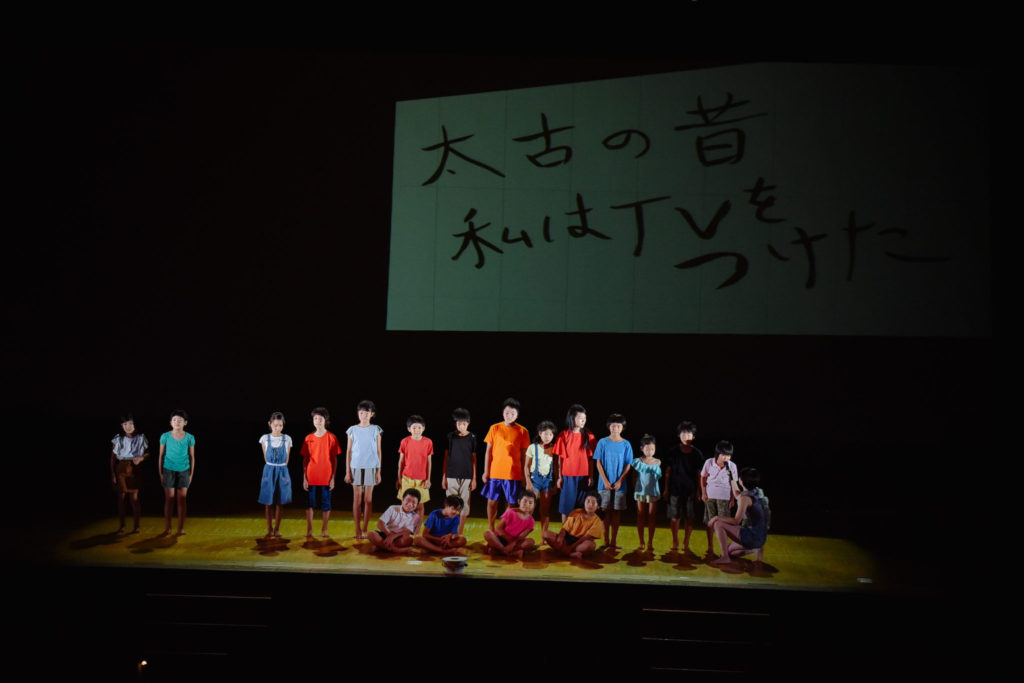 In addition, instead of teaching a specific choreography, scenes were created by combining a few set rules for improvised movement. By sharing rules reminiscent of small rituals between close friends, such as “like magnets, trying to come together despite being pulled apart”, Yasumoto managed to construct a framework in which once a switch was flipped, her little dancers started moving reflexively and actively.

The children were also divided into groups of a few each and taught to take action as groups. This helped prevent the movement on the stage of the large hall from looking overly slow or uncoordinated and gave the entire performance a sense of depth, pace and width – all without having had to teach the kids to “fall in line” in a disciplined manner. Although it looked like the children were simply moving as they pleased if you zoomed in on the details, simply taking a step back and viewing the stage in its entirety revealed lively and beautiful formations drawn up by the performers. 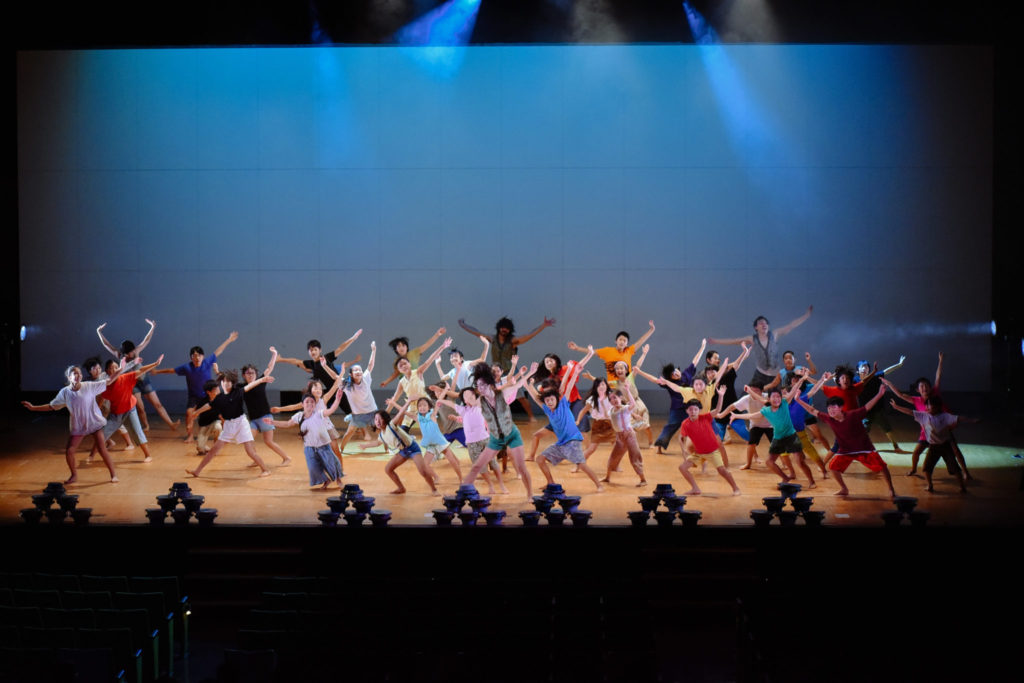 Established in 2016 by Chie Sumiyoshi, Masako Yasumoto, architect Yuko Nagayama and other dancers/artists raising children, the Dance Hoikuen!! (“Dance and Nursery!!”) projectarranges regular workshops and performances for adults and children to get together to experience and familiarize themselves with physical forms of expression. On the other hand, starting from zero to create a program together with children, such as with “Taikoronda”, can be an even more rewarding experience for an artist—one that’s sure to impact that artist’s own creative activities. What can we expect next from Yasumoto, who has now had some new DNA hidden in her body activated?