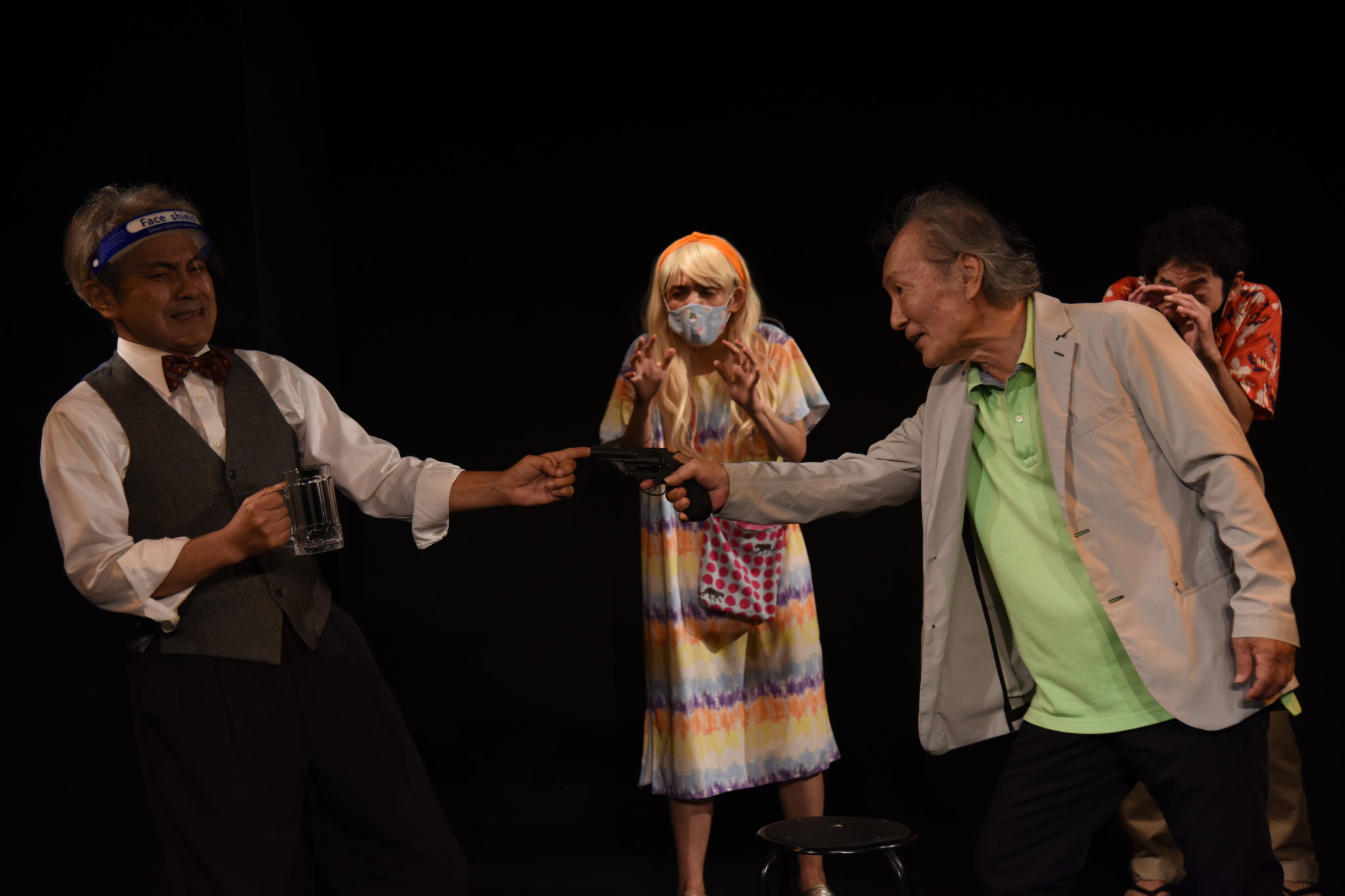 T-Factory and Zatsuyu presented a performance of “ROJYOU (On The Street) vol. 5: “TOKYO STAY  HOME 2020” in front of members of the press, which was at once filmed for online distribution. What started as a workshop by young actors when Space Zatsuyu (now abbreviated to just “Zatsuyu”) opened back in 2007, evolved into the “ROJYOU” series of “one-hour, one-act tragicomedy plays involving men roaming the city streets” set in Shinjuku, written and directed by Takeshi Kawamura, and starring Katsuya Kobayashi. Following the fourth installment in 2011, an urgently convened performance responding to the Great East Japan Earthquake, right in the middle of the corona crisis, Kawamura got down to work again and penned part five of the series. 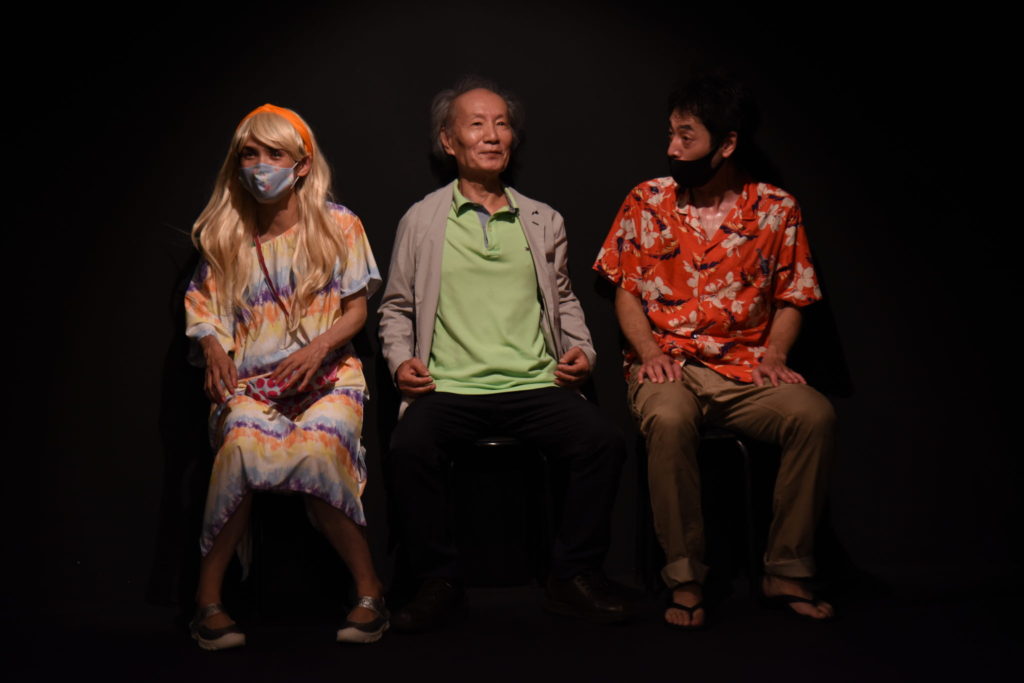 The story begins when Tamiya (Makoto Kasagi), who had been hospitalized with a fever, leaves hospital and pays a visit to  Murakami (Katsuya Kobayashi), who had given him a book while in hospital. Upon arriving at Murakami’s house, Tamiya finds the man sleeping on the floor, and after being woken up by his guest, Murakami tells him about his dream of a mysterious virus for which no medicine or vaccine exists, spreading around the world. Having experienced things like staying at home, social distancing, mandatory mask wearing, and closures of bars and restaurants in his dream, Murakami states that he “would certainly die if something like that happened in reality.” Tamiya decides to let the whole story pass as a dream, and also his old friend Cecile (Fusako Urabe) takes part in the plot. When a mysterious neighbor called Johnny (Ken Kuboi) appears on the scene, the story gradually gets complicated.

Interesting here is how Tamiya repeatedly stupefies Murakami, who has been mistaking the reality of the coronavirus for a dream. His idea is that, if Murakami fell asleep again and then woke up, that would mean that he comes back from the world of dreams into the real one. Murakami thus shifts back and forth between the real-life time that he spends “dreaming” of what is in fact the reality of Covid-19, and the time frame within his own dream. Nonetheless, even during the time that he recognizes as being real, he considers himself to be dreaming, which shows that Murakami’s perception of reality and dream is somewhat vague in the first place. 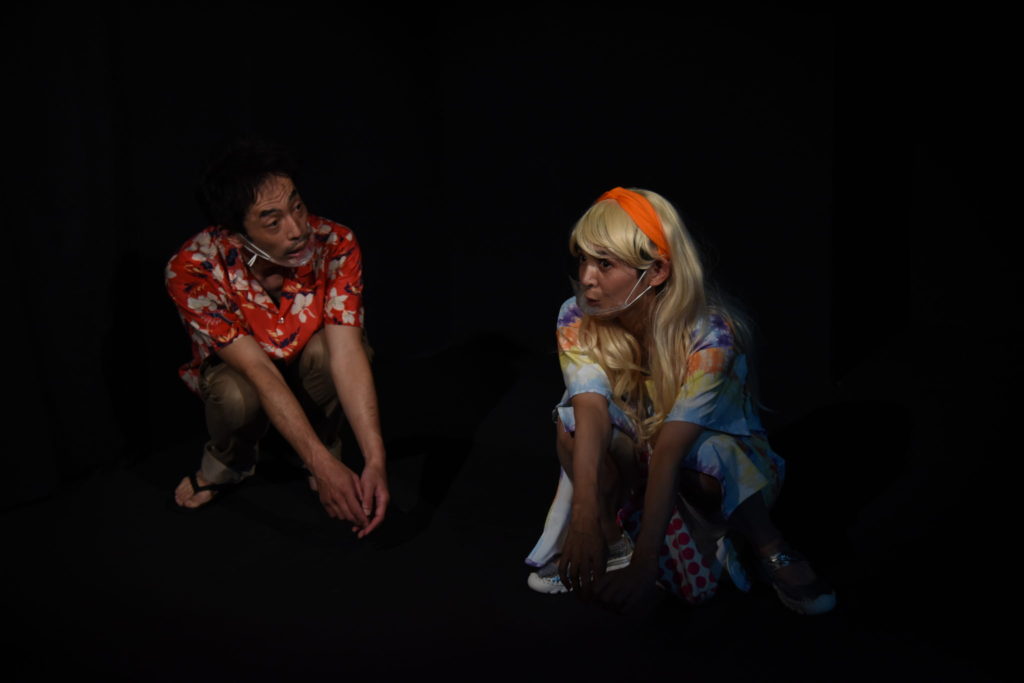 Swayed by this behavior, Tamiya and Cecile, who supposedly have a grip on the situation, eventually get entrapped in Murakami’s perception of reality (and dream). “Maybe we’re just characters in his dream,” Cecile realizes, and Tamiya consents that “it does feel somehow real, the feeling of possibly being in a dream seems real.” The undercurrent of all this reflects the thoughts and feelings that a lot of people must be sharing in these turbulent times. “Lockdowns” and calls for “self-restraint” have brought social and economic life to a halt, and forced us into an absurd situation with no exit in sight. While people have spent these months in different ways, to many of them the experience certainly felt surreal in a way. And as the nightmare goes on and doesn’t seem to end anytime soon, it continues to cast its shadow on our lives. On the other hand, Cecile remembers about the period of voluntary staying at home that “it wasn’t such a bad dream after all,” and that “it was as if the city had finally become our own once the people were gone.” Her comment reflects the ambiguous reaction of feeling sorry to see streets, trains and theaters, which are normally crowded with people, being deserted, while at the same time also having that special, almost comfortable kind of notion. 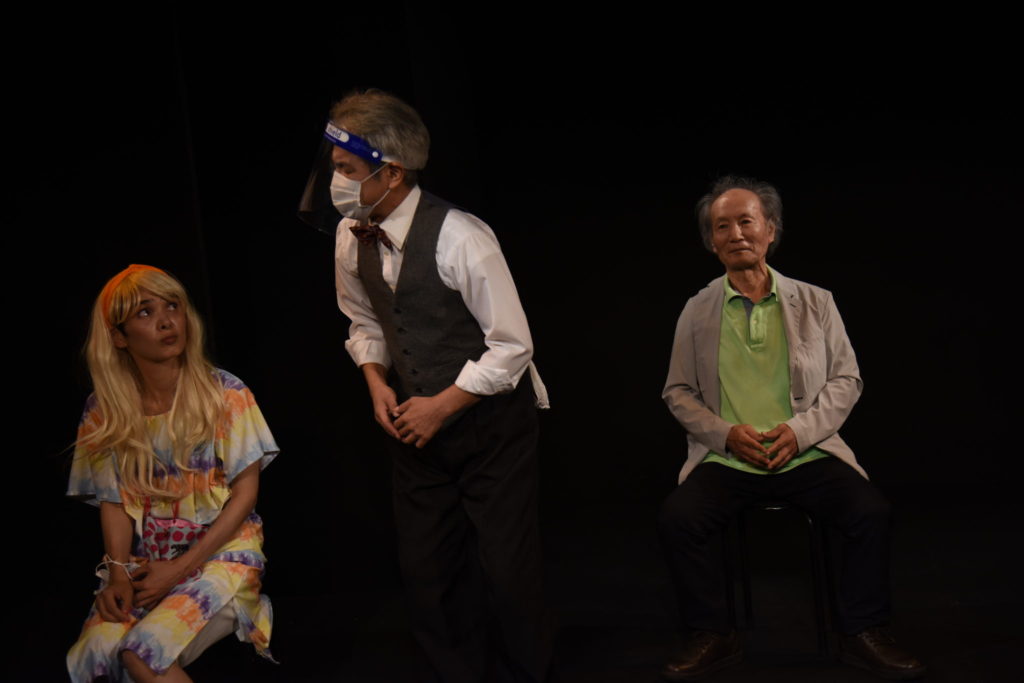 As the play unfurls, it is the part of Murakami that increasingly shines. As he considers himself to be in a dream anyway, he starts talking of love, and brandishes his gun. Katsuya Kobayashi energetically embodies the old man who seemed to be wandering about rather cluelessly, but then transforms into a hard-boiled protagonist in the blink of an eye. Murakami, Tamiya, Cecile and Johnny, who verbally attacks Murakami quite aggressively here, are all human individuals that live in the Shinjuku neighborhood like rootless vagabonds. In retrospect, one may say that their toughness is the only thing that is certain in this play.

Kabukicho, host clubs, “Abenomasks,” “Barako Koike” (a play on Tokyo Governor Yuriko Koike’s name) and other articles and expressions symbolizing the corona crisis are all over the place in this play, and in this sense, Zatsuyu is undoubtedly the most suitable venue for this entire series, considering that it was hit by the turmoil surrounding Covid-19 soon after the renovated space had reopened in the spring. A single step out of the venue takes the visitor into the middle of downtown Shinjuku, which makes the experience on the brink between dream and reality all the more blurred and ambiguous.