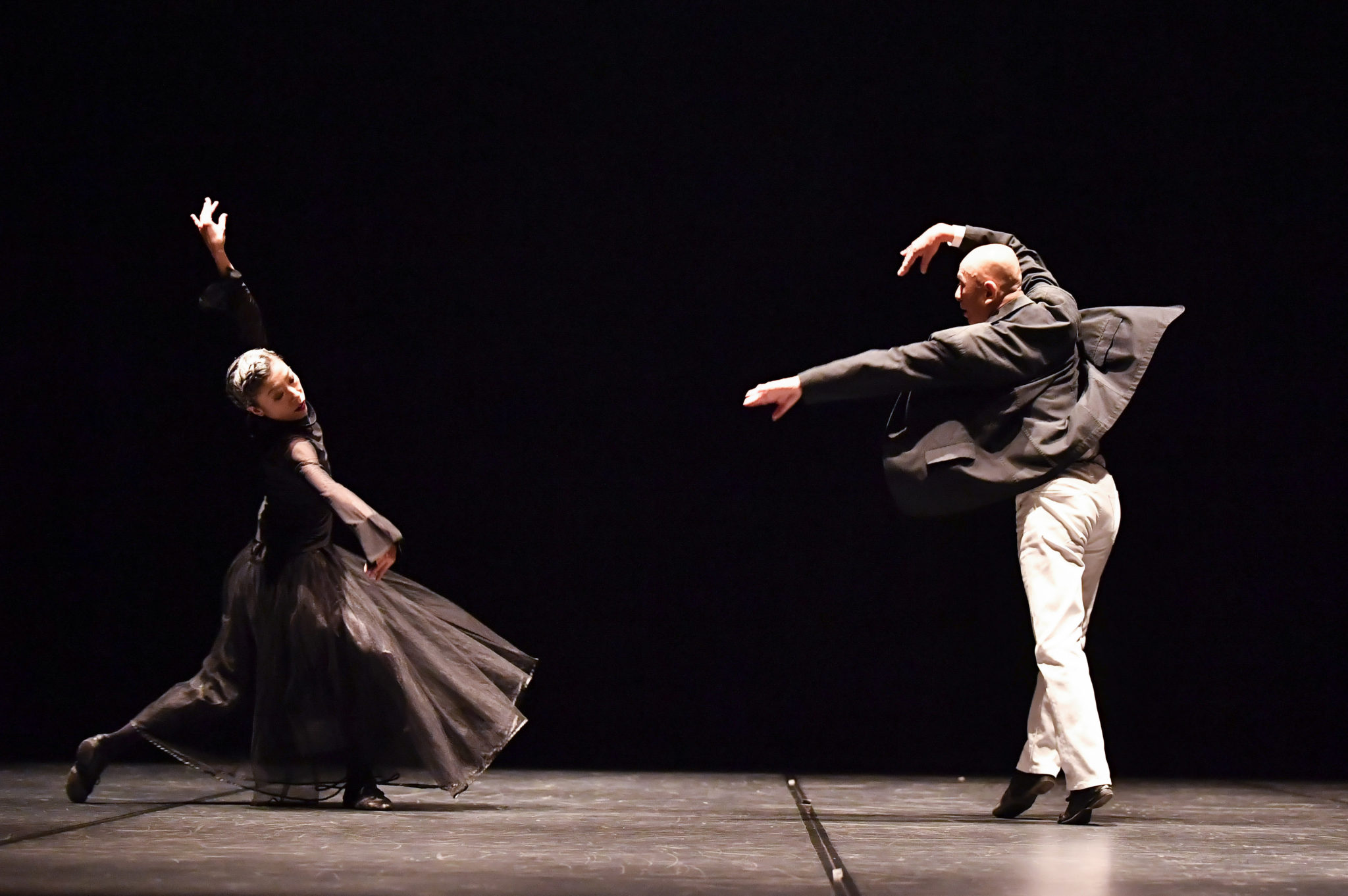 In the creation of dance as art, the abstractness and story of a work, and the techniques and emotional expressions of dance, have come to form two conflicting extremes. Well, then how can a virtuoso of dance who denies the conventional connection between movement and emotions tell a story? “The Idiot” offers one possible answer.

Although basing his creation on the eponymous Dostoevsky novel, Teshigawara has taken this grand, expansive work and reduced it to a duet between Prince Myshkin, the protagonist, and Nastasya. All artistry has been scraped off, with music and light forming the scenery. Light blinks in a dim darkness resembling a muddled consciousness, and a man – slanted, his knees bent – appears, blankly looking out over the audience. Standing utterly still, Teshigawara brings to life the character of Myshkin, whose innocence and hypersensitivity lead to him being labeled an “idiot” in the ragingly egoistic circles of high society. Soon, his distinctly sharp and sensual movements extend into one of Tchaikovsky’s waltzes, and Nastasya, performed by Rihoko Sato, appears. Her straight posture gives off an impression of strong will and nobility, but as the duet starts, her bending upper body, broad swings of the chest, and rotation speak of a storm within. This strange but graceful circular motion, in which the two keep chasing each other but never catch up, also hints at the incompatibility of their fates. 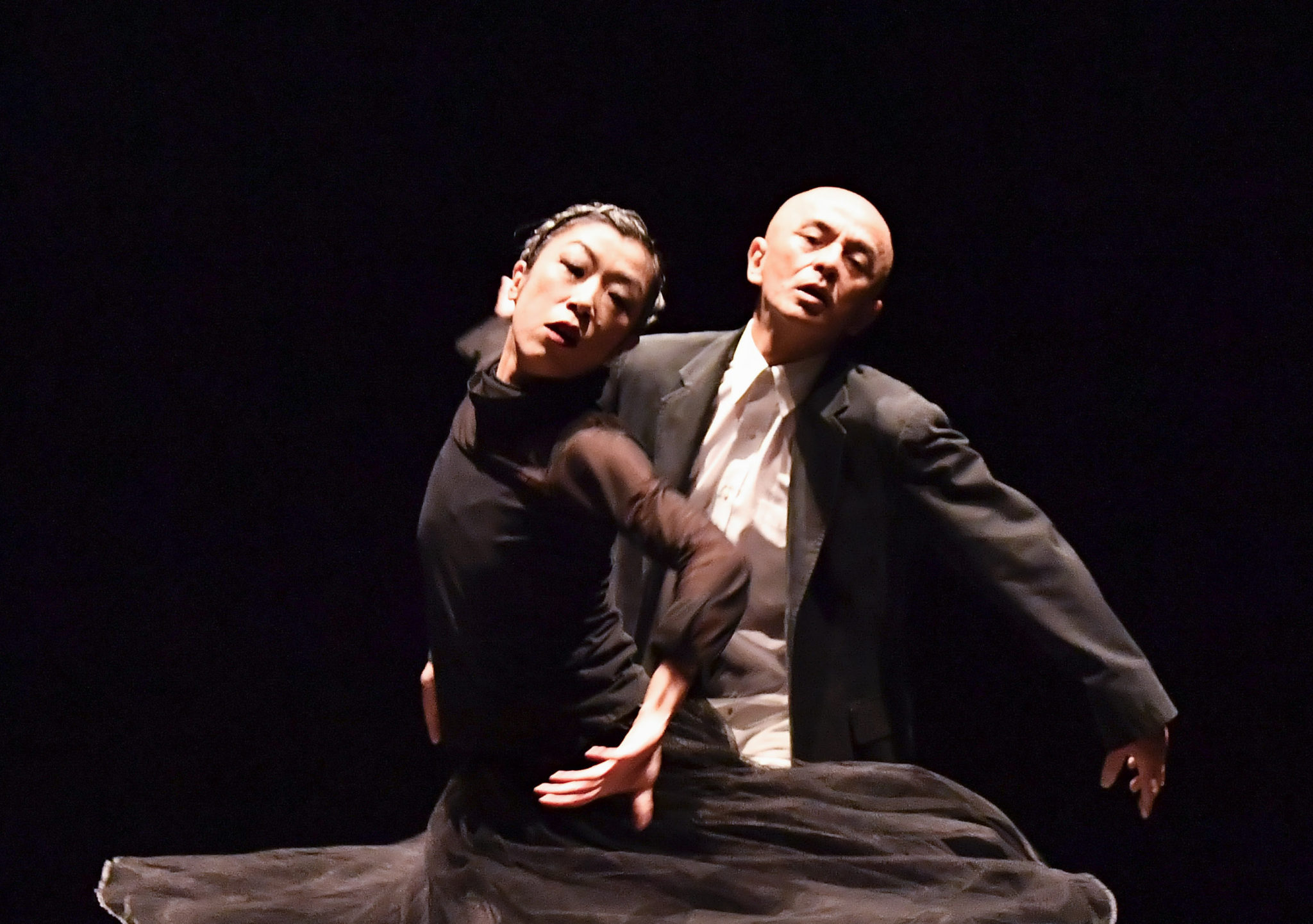 In this work, the two dancers have transitioned their superior technique to a different phase. Excluding both acting and gestures that express emotions, their pure movements, crafted through pursuit of the relationship between the inner body, centered on breathing, and the external space, are responses to indications from each other and the space. By linking such movements, the two express the drama of the characters’ selves even more garrulously than would be possible with words. Through a dialogue between lovers, as well as one between the characters and the society that alienates them, the dancers’ bodies bring vividly to life the story of Russia’s imperial capital in 1868 – a story that also reflects our time, equally ruled by materialism and captivated by the ego. 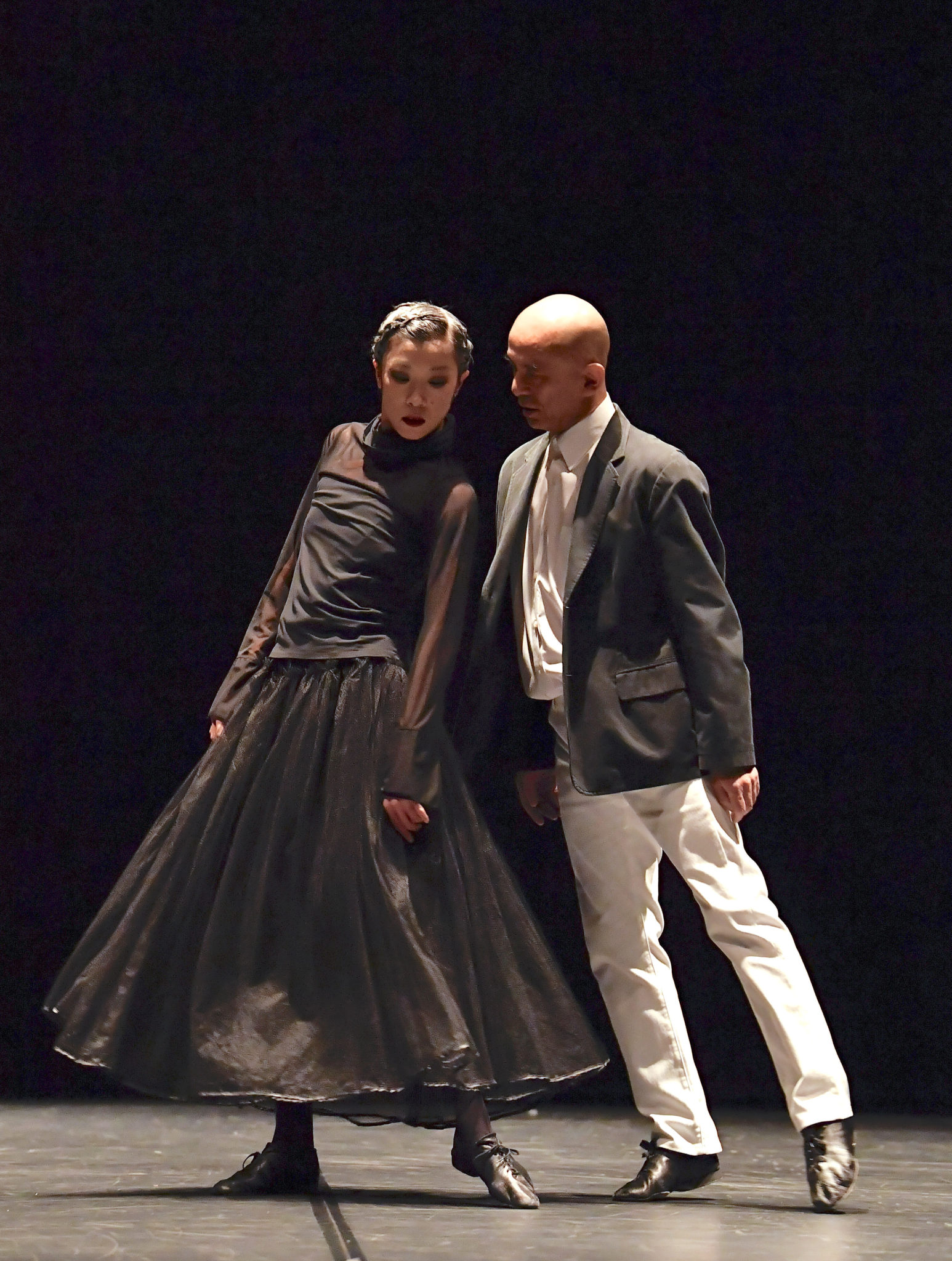 The literary critic Mikhail Bakhtin argued that “polyphony”, in which the characters’ voices and senses resonate among the swells of their circumstances, is the fundamental quality of the Dostoevsky novel. Teshigawara’s “The Idiot”, which is devoid of both spoken lines and a script, substantiates the self that exists within the deeper layers of the consciousness through dance, and incarnates the commotion of fictional characters’ inner voices in the bodies of real-world dancers, presenting to the audience a work that truly captures Dostoevsky’s essence.