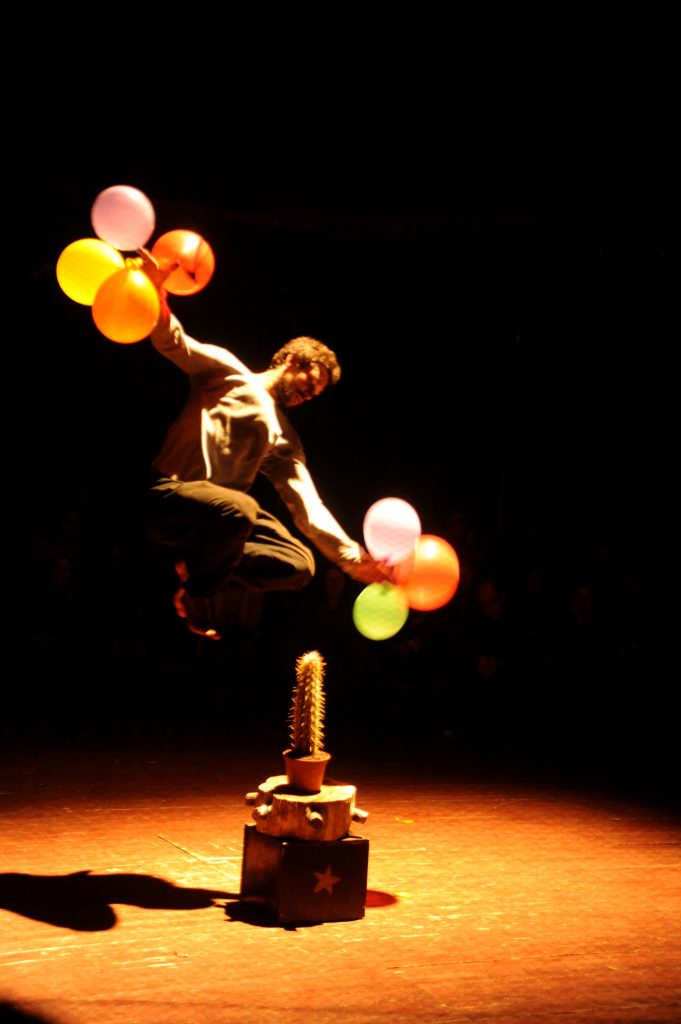 The number of contemporary circus performances, the latest trend in the realm of performing arts, has recently doubled also here in Japan. Very good programs are offered at Za-Koenji, a venue that has been energetically inviting pieces to be enjoyed especially also by families in this small space – and right because it is such a small space. Tickets for contemporary circus performances overseas are often available at low prices, so that people can afford going with the whole family.

“Marathon,” however, was amazing. Among the countless juggling acts that are out there, the one that was shown here involved real, double-edged throwing knives. The performer swiftly moved in a winding fashion through a course of knives stuck into the floor at regular intervals, while carrying things on his head (so he couldn’t see his feet). 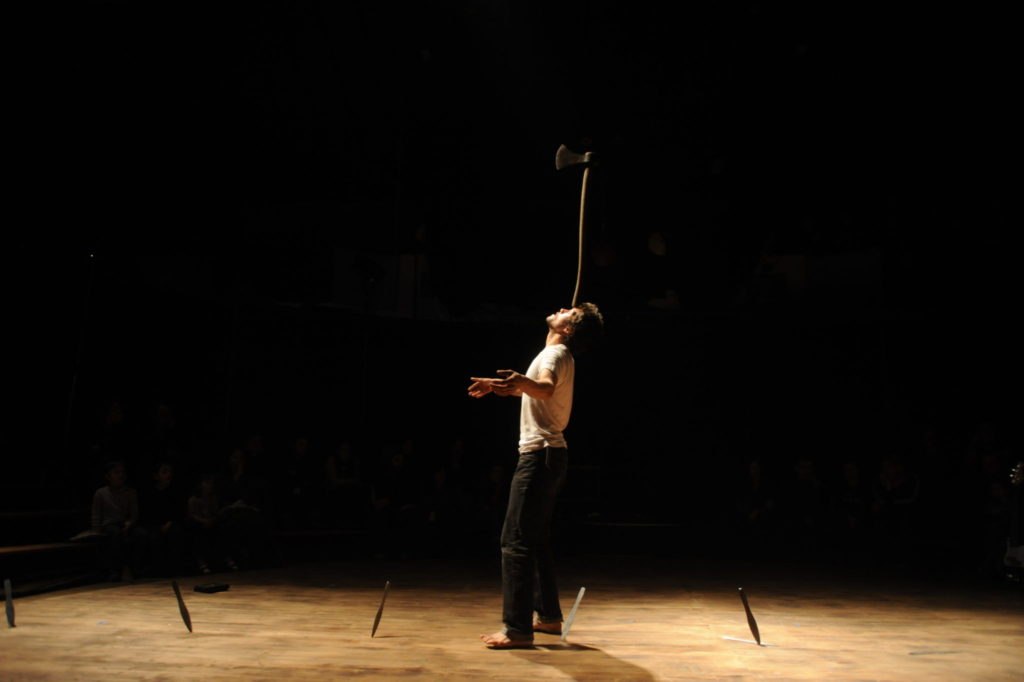 The piece supposedly portrays Wojdan himself in his twenties, and begins with a number of scenes that are characterized by the typical, slightly stupid looking attitude of a young bloke looking for danger. He puts on a helmet, lies horizontally on a skateboard, and shoots like human rocket straight against a metal container. He shoots real arrows at a target. He ropewalks and juggles above countless knives placed on the floor with their blades facing up. He walks around while balancing an axe with a long handle on his forehead. When he walks toward the audience, even children that were all excited at first suddenly get serious and pray, “Please don’t come to me!” (The axe eventually falls backwards and pierces the floor with a boom.)

Cutlery is not permitted in many theaters in Japan, especially in those that are usually visited by children. However, “human bodies in the face of danger” is one essential quality of circus. The contemporary circus has moved from tents into theaters, and while acquiring a variety of new styles through the marriage with art in a broad sense, the phenomenon of the original notion of “bodies in the face of danger” gradually falling away is an issue that I had noticed as well. In this respect, Wojdan’s performance was for me the first opportunity in a while to get that feeling of ”a body in the face of danger.” The people at Za-Koenji, who accepted his show,  seem really determined about what they do (they were informed beforehand that the performance would involve “thrilling tricks with knives”). 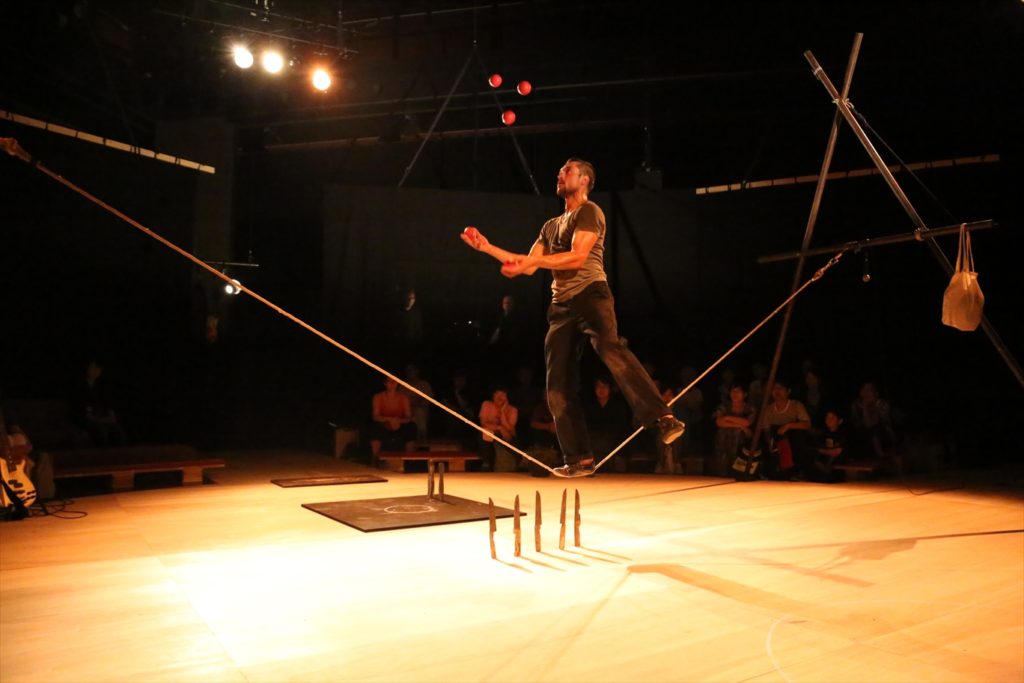 The craziness the first tricks were charged with gradually vanishes. Wojdan becomes more considerate of others, and does such things as taking care of a bucket filled to the brim with leaves (until a carrot comes jumping out), or juggling at a place surrounded by a wire fence.

Then Wojdan appears with several colorful balloons in his hands. Placed in the center of the stage is a tall cactus, and every time he jumps over it, balloons burst one by one, just like Wojdan’s dreams burst when he was young.

At the beginning and at the end, he weighs himself on a scale, and proves to the audience that he sweated so much that he lost a kilo in the performance, which somewhat kills the afterglow of the performance. But even though there is no drama or clear storyline whatsoever, only plain juggling, viewers can make their own stories out of that by watching the show from different angles. It really was a wonderful piece.