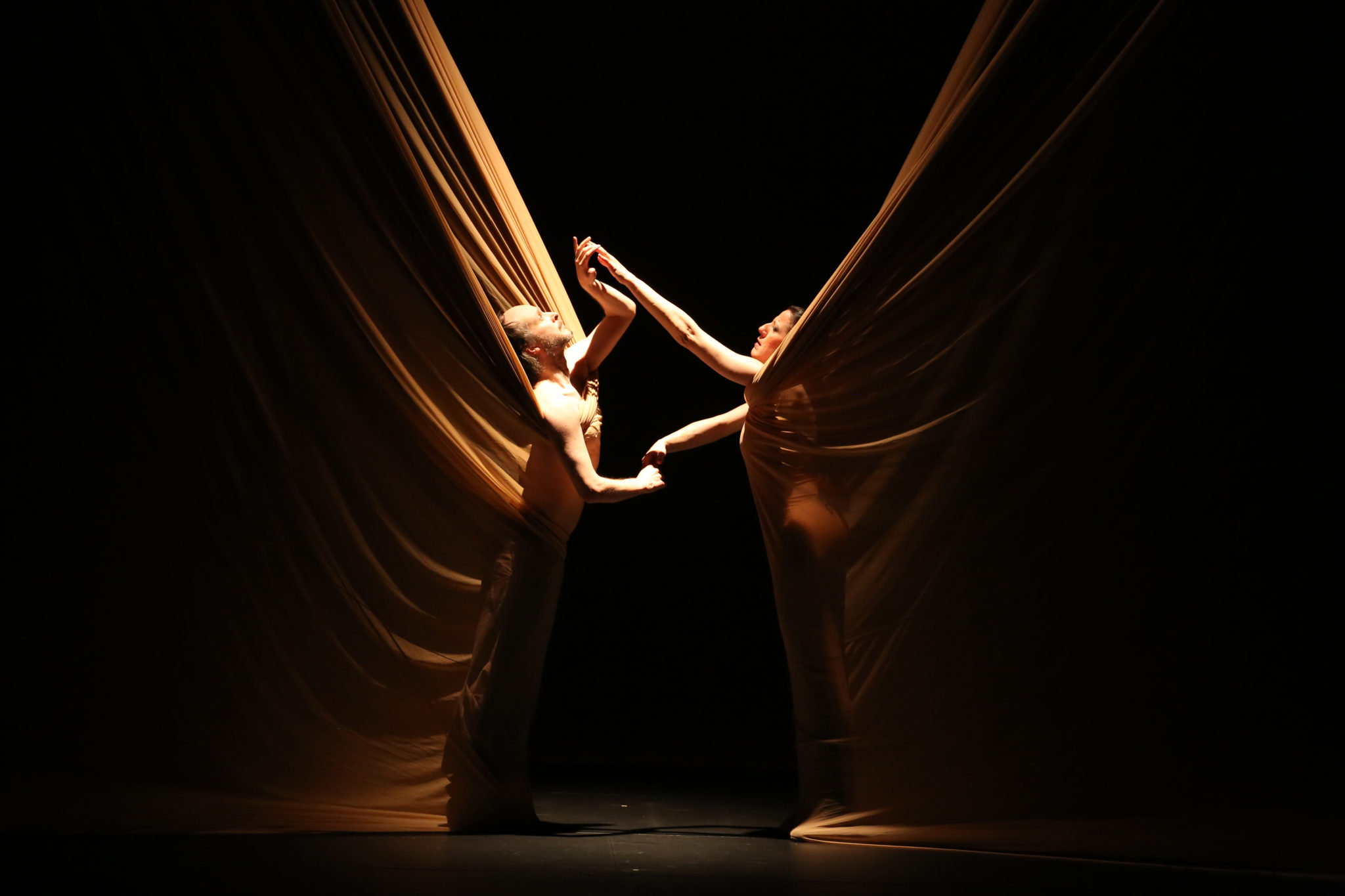 The piece starts off with a breathtakingly beautiful scene. In line with the title, the two artists appear wrapped in large, gold-colored veils, the beautiful drapes of which evoke images of ripple marks on sand dunes in a desert. They move toward each other, one from the left and the other from the right side, until the shadows of their bodies unite in the center of the stage.

Cherkaoui responds to the intense flamenco of Pagés, who stamps on the floor as if recalling the spirits of the earth,by singing to her dance. Heis an artist who combines a strange kind of physical presence with a peculiar ability to maintain an effortless and non-offensive appearance even in the face of the solid technical framework of traditional dance. In the second half, Cherkaoui dances with a limp and tired body as if flirting with Pagés and her perpendicularly strong movements, and I was deeply impressed by that unusual wayof dancing with each other. 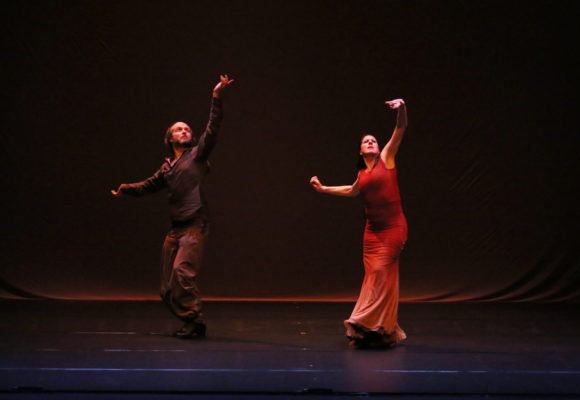 Sidi Larbi Cherkaoui is a European with Moroccan roots, whose first name literally means something like ”Mister Arab.” The mutual sieging of Islamic and Christian forces in the region that is today Spain continued for about eight hundred years, and the diversely ambiguous elements that this piece revolves around, such as male/female, traditional/contemporary, along with European, Christian, gypsy (Roma) and Arab aspects, seem to be directly illustrating the complicated history of the Iberian Peninsula. 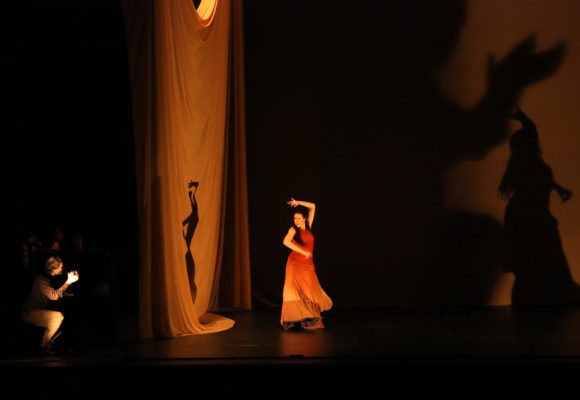 But there is more.

In one scene, a sand painting that Cherkaoui draws in realtime is illuminated from below and projected in a large scale onto a screen in the back of the stage. It begins with a mythical kind of scenery of branches growing and forming a big treeout of the body of Pagés, who stands in front of the screen. When she leaves and only the sand painting remains,things get rather freewheeling, and appearing are depictions of things like the towers and the airplane of 9.11. These images explode and are instantly wiped away again. 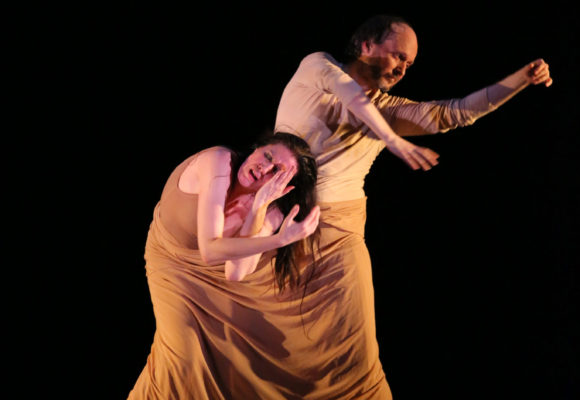