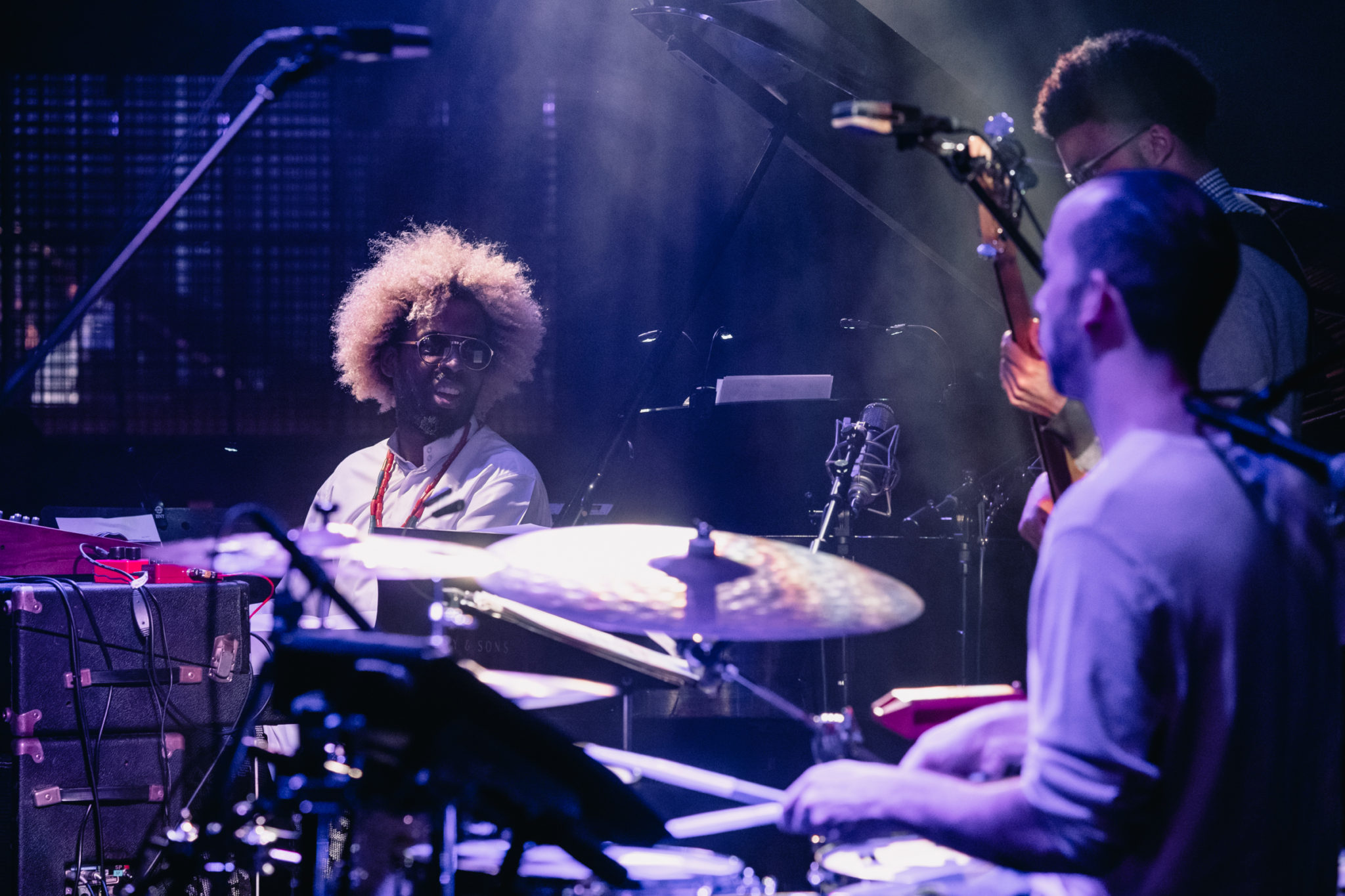 Axel Tosca is a leading pianist in the present-day Cuban music scene. A concert of his TRIO Cu-Bop, which was put together at the occasion of the making of my own music documentary movie “Cu-Bop” (https://cu-bop.tumblr.com/), took place on April 15/16 at Blue Note Tokyo. Next to the movie’s protagonist, Axel Tosca, and US-based Cuban drummer Amaury Acosta, the trio also featured the up-and-coming young bassist Brandon Lane. The three of them came to Tokyo for special limited shows on two nights only.

When talking about Cuban music, most people will probably remember the hit movie “Buena Vista Social Club” and the Latin songs and ballads based around the local Son Cubano genre of popular music. Those with more profound knowledge of jazz will think about the Afro-Cuban jazz movement in the 1940s, and such musical wizards as Gonzalo Rubalcaba that the system of selective education after the socialist revolution produced. Tosca and Acosta belong to a new generation of Cuban artists, and even though they were certainly endowed with Latin music and Afro-Cuban rhythms while still in their mothers’ wombs, they have masticated and digested all kinds of music in their bold explorations of rather free forms of musical expression, eager to develop their own inimitable styles. 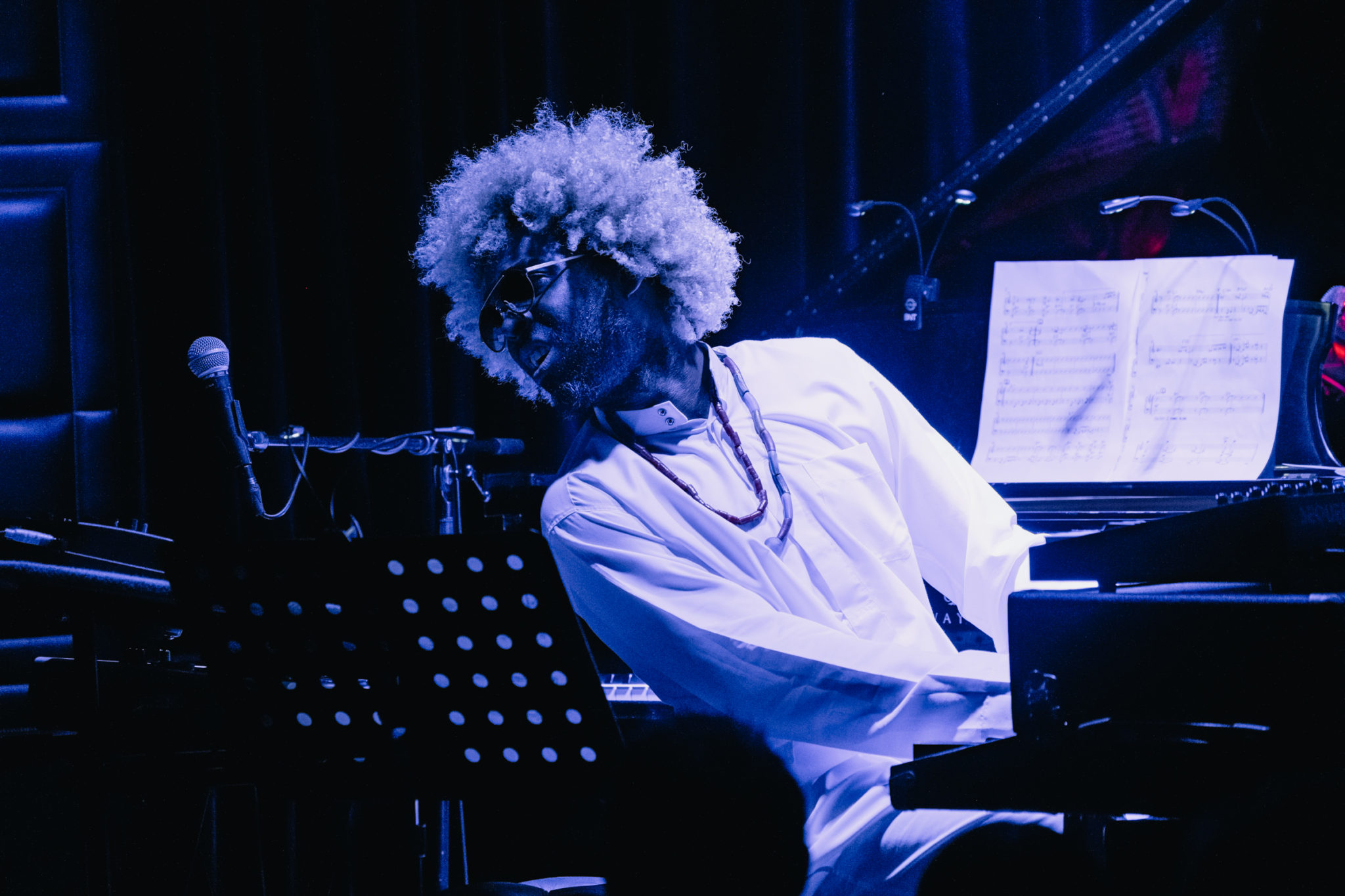 The son of the internationally active female singer Xiomara Laugart, Axel Acosta was born and raised in the Cuban capital of Havana. He first emerged in the local jazz scene as a teenager, and eventually left his country that was still under the strict control of the socialist system in 2006. In New York he met Amaury Acosta, whose Cuban father was an anti-Castro intellectual, and together they formed the mixed jazz collective (U)nity. Internalizing everything from Robert Glasper to Afro-Cuban religious songs, they create a unique sound combining profound musical sophistication and advanced playing skills, and garnered an enthusiastic following among music fans that are receptive to radical jazz also here in Japan.

(U)nity is a “collective” (as they prefer to call it for the loose structure of the band) of numerous musicians who get together to play sessions in varying lineups, whereas I think that the trio performances in Japan were occasions that projected the essential qualities of Tosca and Acosta in particular. After both of them had displayed their skills as out-and-out jazz musicians in extensive solos in the standard “Prince of Darkness,” in the next moment Tosca excited the audience with his passionate tumbao (rhythmical piano patterns known especially from salsa), guided by Acosta’s precise clave rhythms. In a piece dedicated to Reggie Workman, African-American Lane performed beautiful walking bass lines, which hadn’t entirely rang out when the next piece started with the uplifting and festive sounds of Latin jazz inspired by Chucho Valdés. The whole set was a thrilling mixture of jazz, Latin and Afro-Cuban music with one highlight chasing the next, always cleverly alternating between tension and relaxation, restraint and impulsive drive. 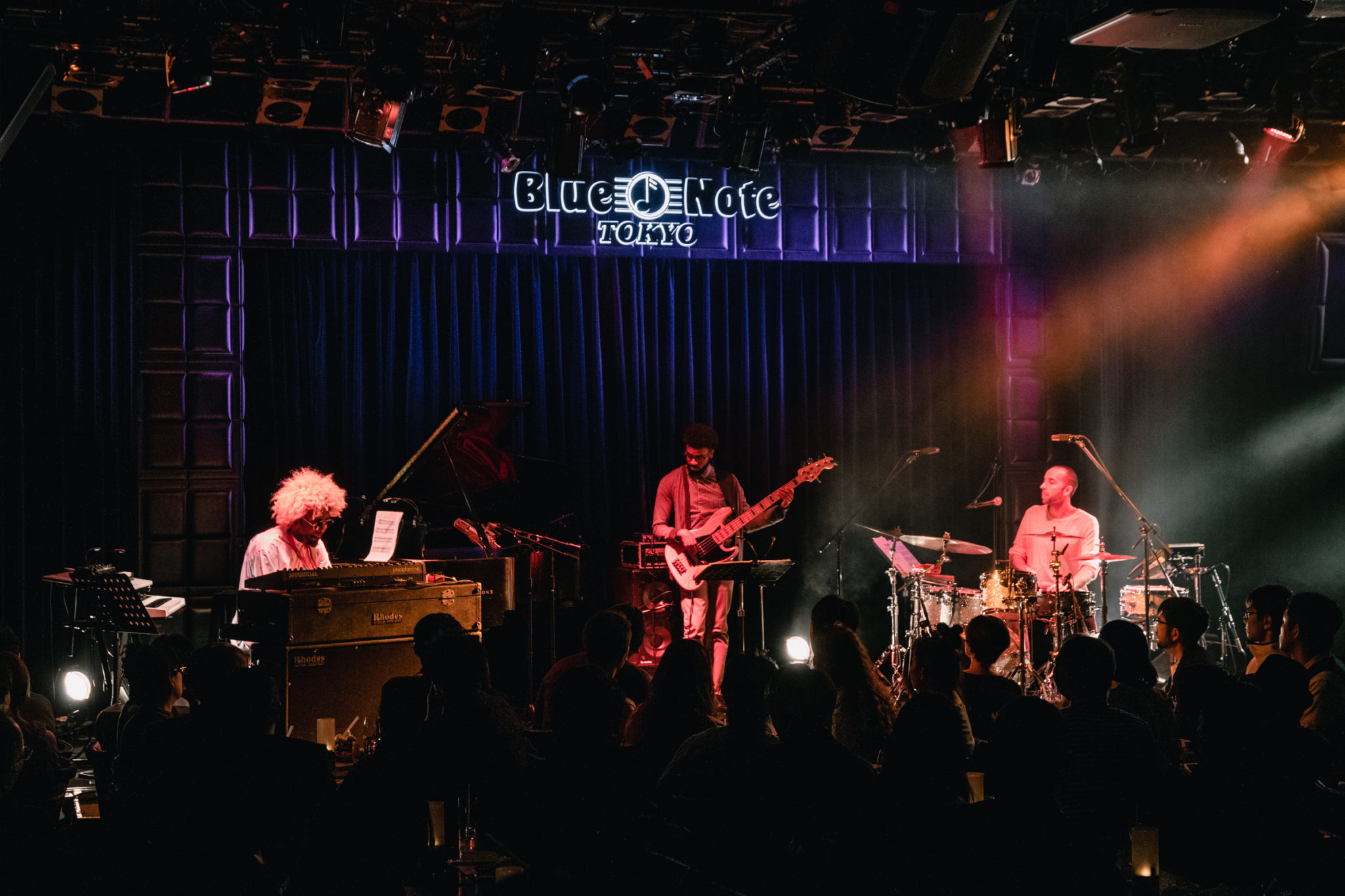 These artists are currently standing at the very pinnacle of contemporary Cuban music, and I will surely follow them to see where they go next against the backdrop of a New York jazz scene that keeps changing by the minute.

April 1991~March 1993 Tokyo Polytechnic University Cause of Photography Since 1997, Takahashi Shinichi has worked as a photographer in magazines, books, CD jackets, etc. As a writer, He is doing vigorous writing activities from music fields such as jazz and world music to travel books and person reportage.
In 2015 he directed the documentary film ‘Cu-Bup’. He playing a triple role in this film, Producer / Filmmaker / Cinematographer.
It was selected as the official selection of ‘PAN AFRICAN FILM FES’ Los Angeles, USA in February 2015. Despite being an independent film shot in Cuba, the world premiere screening has been achieved in Los Angeles, the United States where there was no diplomatic relationship with Cuba. In the following June 2015, The American Film Institute was elected to the opening screening at the film festival ‘D.C. Caribbean Film FES’ to be held in Washington, D.C.
In November 2017, the documentary film ‘THE FOOLS’ which recorded the legendary underground rock band is scheduled to be released.