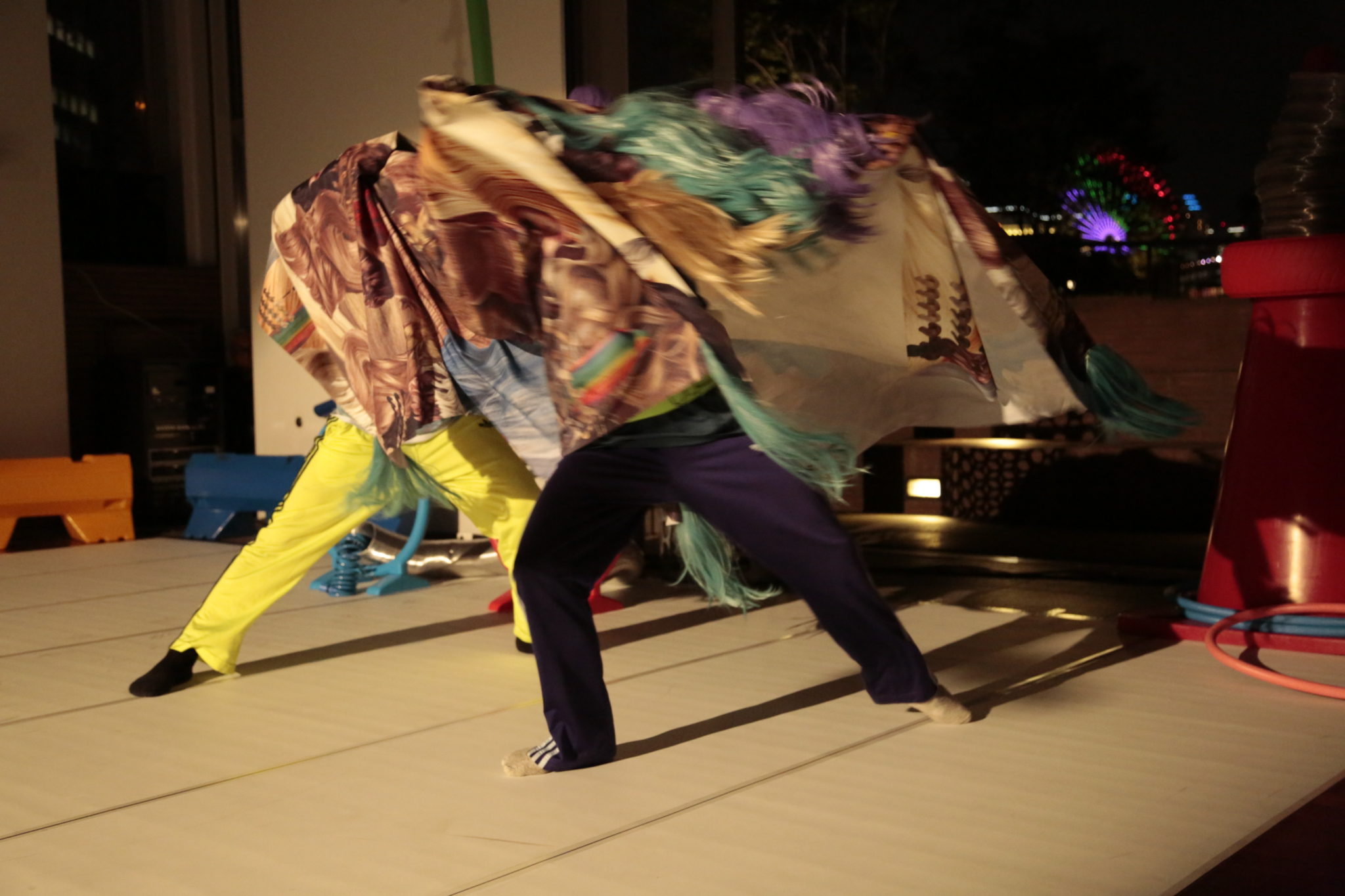 Since his work as a member of the Forsythe Company, Yasutake Shimaji has been in great demand for genre-crossing collaborations with such diverse artists as rapper Tamaki Roy and costume artist Kozue Hibino, while Tomohiko Tsujimoto has been involved with Noism and Cirque de Soleil, and has also attracted attention with projects with Mirai Moriyama and amputee dancer Koichi Omae. These two dancers recently teamed up to form the new dance group “Karada.”

Their piece “Ashi” features artwork by sculptor Teppei Kaneuji, who is known among others for his stage sets for the group Chelfitsch. This time he contributed poppy and somewhat absurd looking fragmented objects that were juxtaposed in the space, to create a surreal kingdom of objects and visions of the harbor and Ferris wheel at night that slipped in through the glass wall, already on the quiet stage before the actual performance began. But instead of the abstract, extemporaneous scuffle I expected to witness, the sonorous address to “my people!” of the heteromorphic male performersthat entered the stage, waving glamorous party wigs like in a lion dance, announced the start of some kind of festival, and I was left completely wrongfooted into anticipating a Japanese historical drama. 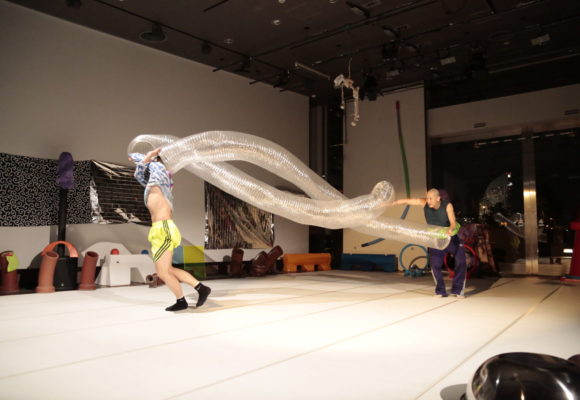 While pretending to clean up the randomly scattered objects one by one in outstandingly smart simulated actions, the performers continued to dance along an enigmatic vector defined by the motion of putting everything where it belongs, whereas it was quite pleasing to watch them interweave aspects of movement and speech – somewhere between groaning and griping – in exquisitely displaced actions comparable to the operation of folding irregular pleats. In that “no reason, no notice, no sharing” condition that children have always loved anywhere in the world, not only the children but also the grown-ups in the audience remained in the position of thrilled spectators from beginning to end. 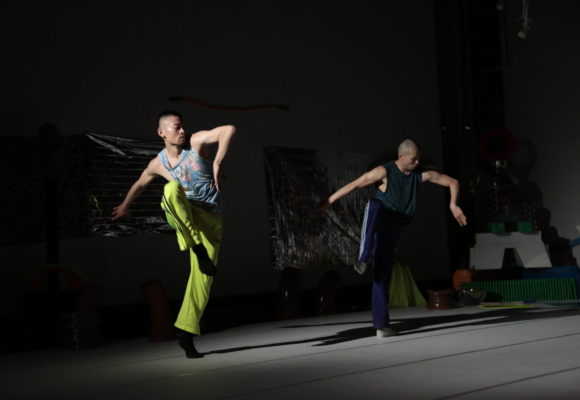 “When Kaneuji-san erected that tower kind of object, the narrative that became the skeleton of this piece was born, and it seems to me that it helped us understand what kind of work we were creating,” explains Shimaji in the pamphlet that was distributed at the entrance. In such highly abstract forms of physical expression as dance and music, it sometimes happens that using other formats of expression, such as visual art or writing, as indicators for defining the direction of one’s creative work yields surprising results that even for the creators themselves.

In this performance, the dancers’ bodies themselves function as sharp-pointed yet exquisitely relaxed acting sculptures that, extracted, dismembered and reconfigured on a level with the objects on the stage, hold the piece together as masters of a ceremony that is being born right there.

Given that Karada will continue to collaborate with different guest artists, I can see their work develop into a truly thrilling style that will undoubtedly present us with brand new renditions of the human body.