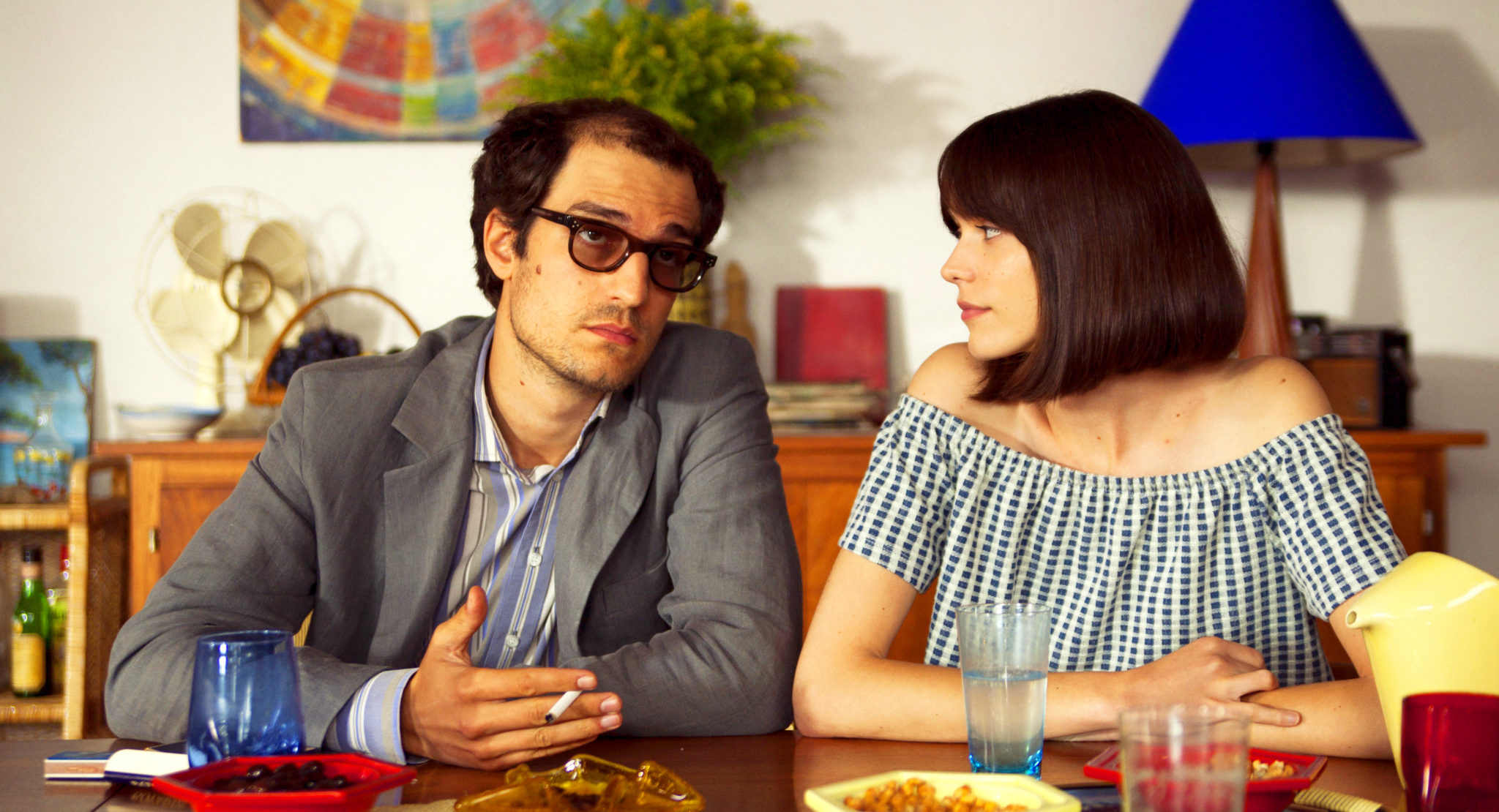 Cinema or politics, that is the question.
The funnily sad love story of Godard and Wiazemsky, set against the backdrop of the May ‘68 events in France.

There aren’t many names in the realm of cinema that are as untouchable as Jean-Luc Godard. His later works are particularly difficult movies edited in a cut-up style, and even though they aren’t exactly easy to understand for any viewer, everyone seems to absolutely admire Godard as a filmmaker. That’s why making a movie about him is something that surely only a totally undaunted director can do, and Michel Hazanavicius is such a filmmaker who has the necessary guts. After all, his past achievements include reviving the black-and-white silent film with “The Artist,” so he may like that challenge to make the impossible possible. 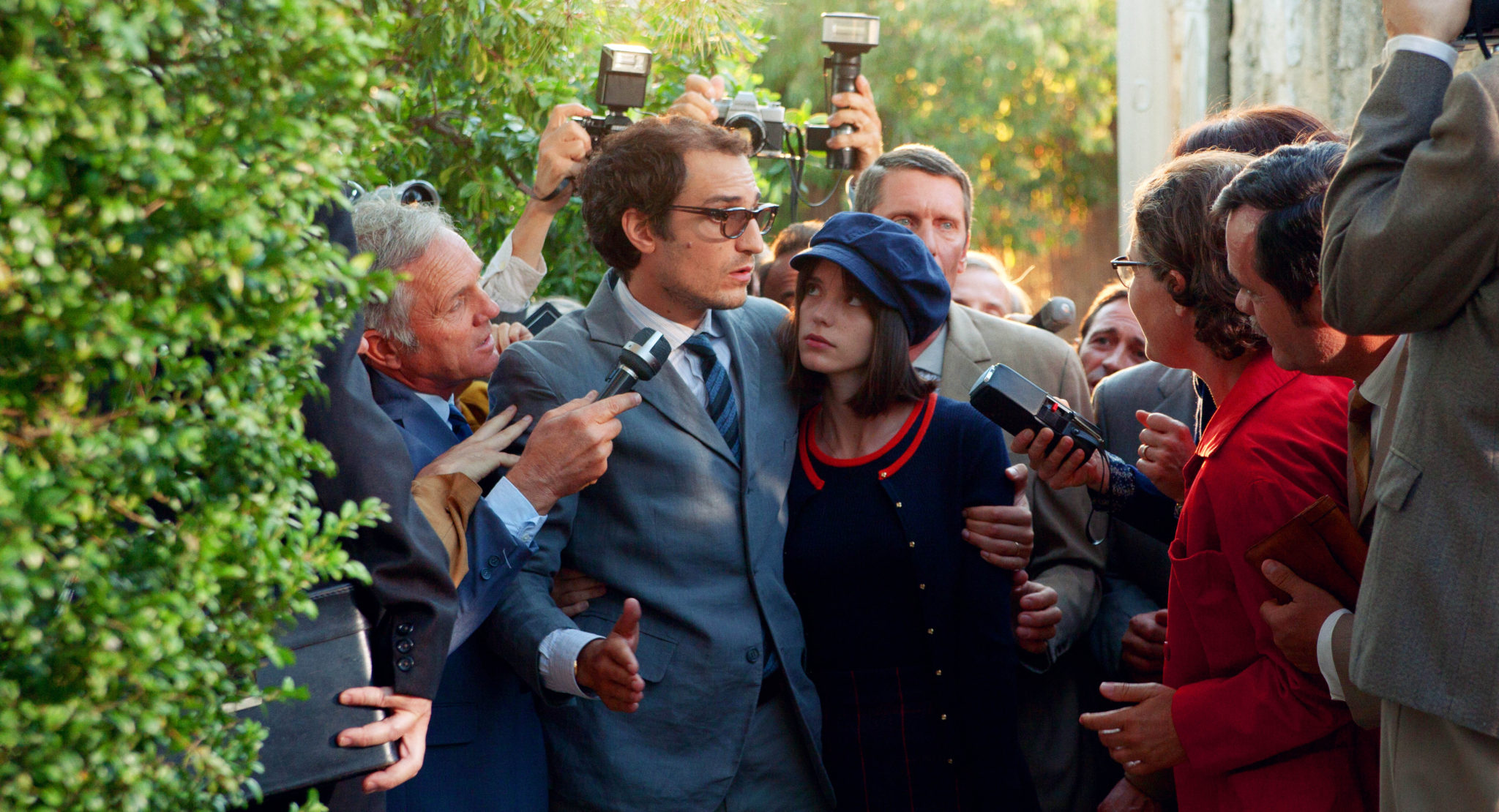 There actually exists something like a script that “Godard Mon Amour” is based on: Un An Après (One Year Later) by Anne Wiazemsky, an actress who starred in “La Chinoise” and “Week End,” and whom Godard married in 1967 after breaking up with his former wife Anna Karina, is a novel in which the author chronicles her time with Godard. The story is told from Wiazemsky’s personal point of view, and was adapted for the screen by Hazanavicius based on his very own interpretation of the material. The result is an utterly witty comedy in which the director juggles Godard-style images in his typical fashion. He lets the actors talk directly into the camera, plays with pastel colors, or uses the same pan focus technique that we know from Godard’s films. All this reminds the viewer of the fact that Godard’s movies actually used to be cheerful and full of good humor. 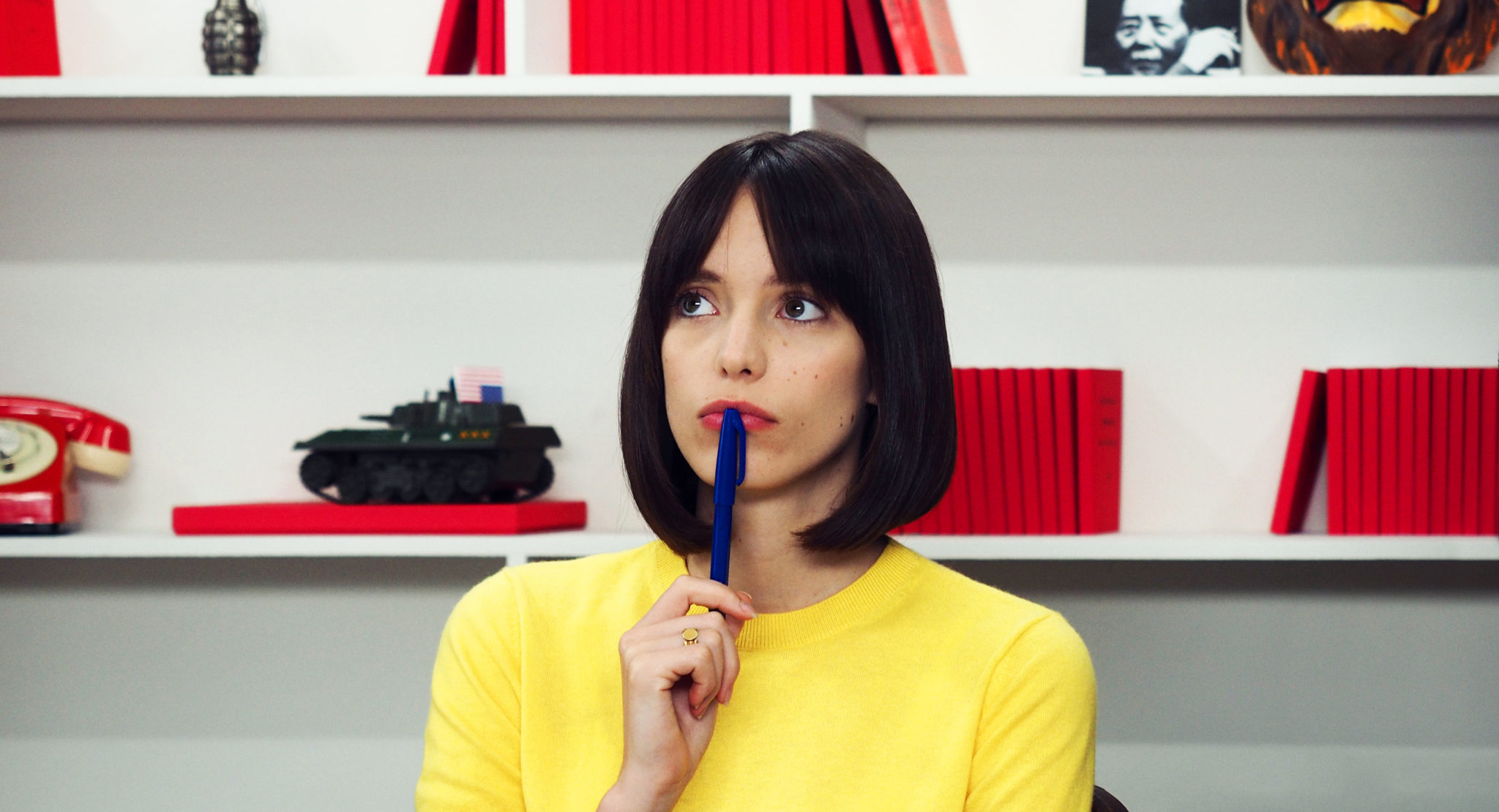 As the movie is about Godard, it naturally includes everything from sharp-tongued dialogues to political topics. During the May ’68 events, demonstrating workers and students clashed with security forces in the streets of Paris. Godard, who suddenly began to devote himself to Maoism at the time, frequently takes part in these demonstrations with Wiazemsky, and gets his glasses are broken in the chaos time and again. At a meeting of Sorbonne students he blurts out provocative remarks where he should have just quit it, breaks into the Cannes Film Festival and brings it to cancellation with some fellow cineastes, and on the way home, stops over at a gorgeous villa in southern France where Wiazemsky and her friends are staying, and eventually behaves thorny enough to make enemies of all of them. With an exquisitely balanced mixture of humor and heartache, Hazanavicius highlights this somewhat childish side of Godard and his relationship to Wiazemsky, who respected him as an artist but eventually got disillusioned by this odd kind of behavior.

Now don’t be too mad about the idea of Godard being the subject of a comedy. After all, he is portrayed in a paradoxical fashion as a charmingly human kind of person. The film’s success is mainly also an achievement of actor Louis Garrel, who not only mastered Godard’s accent, but seemingly slipped into the filmmaker’s skin quite effortlessly. 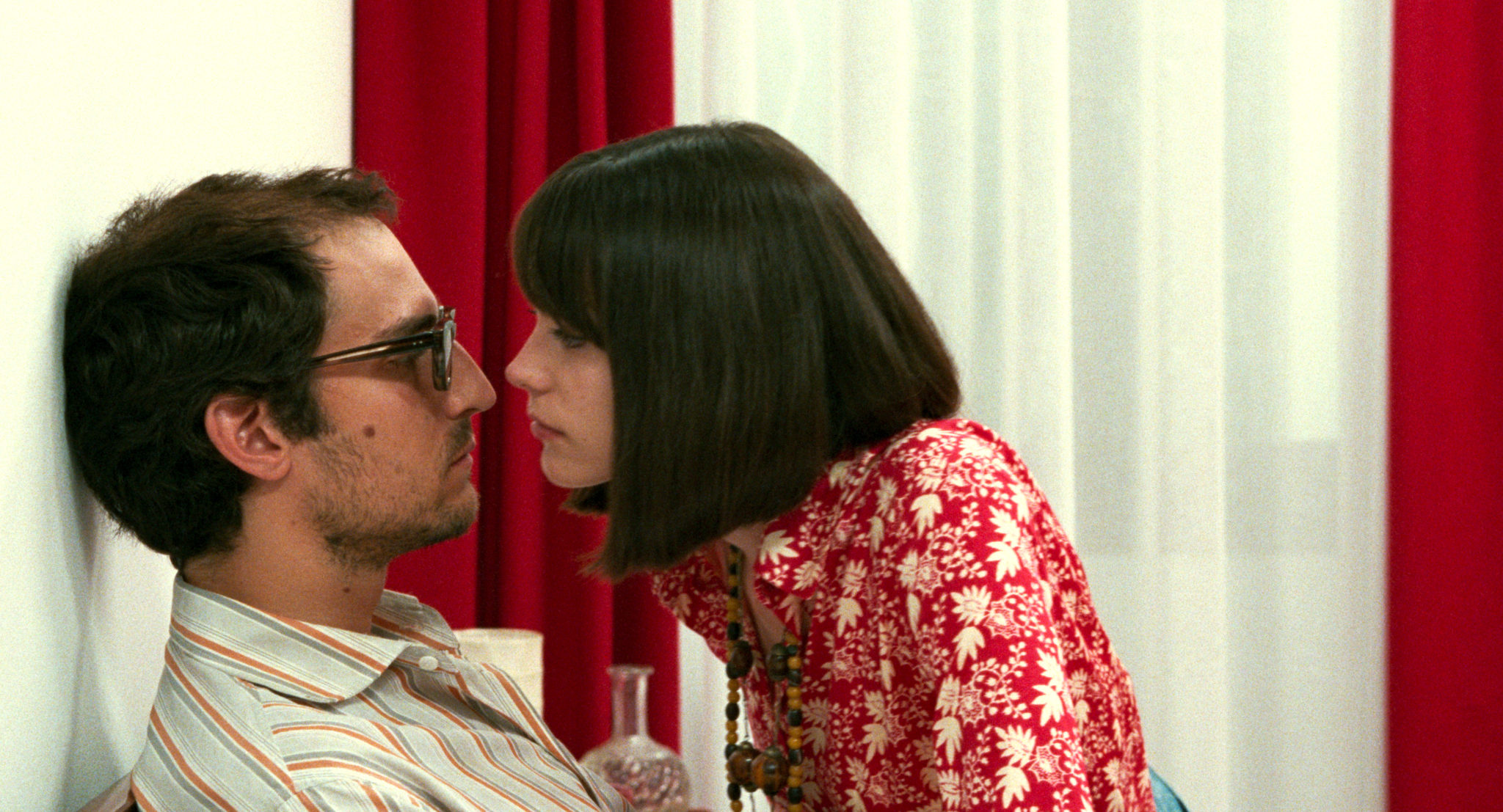