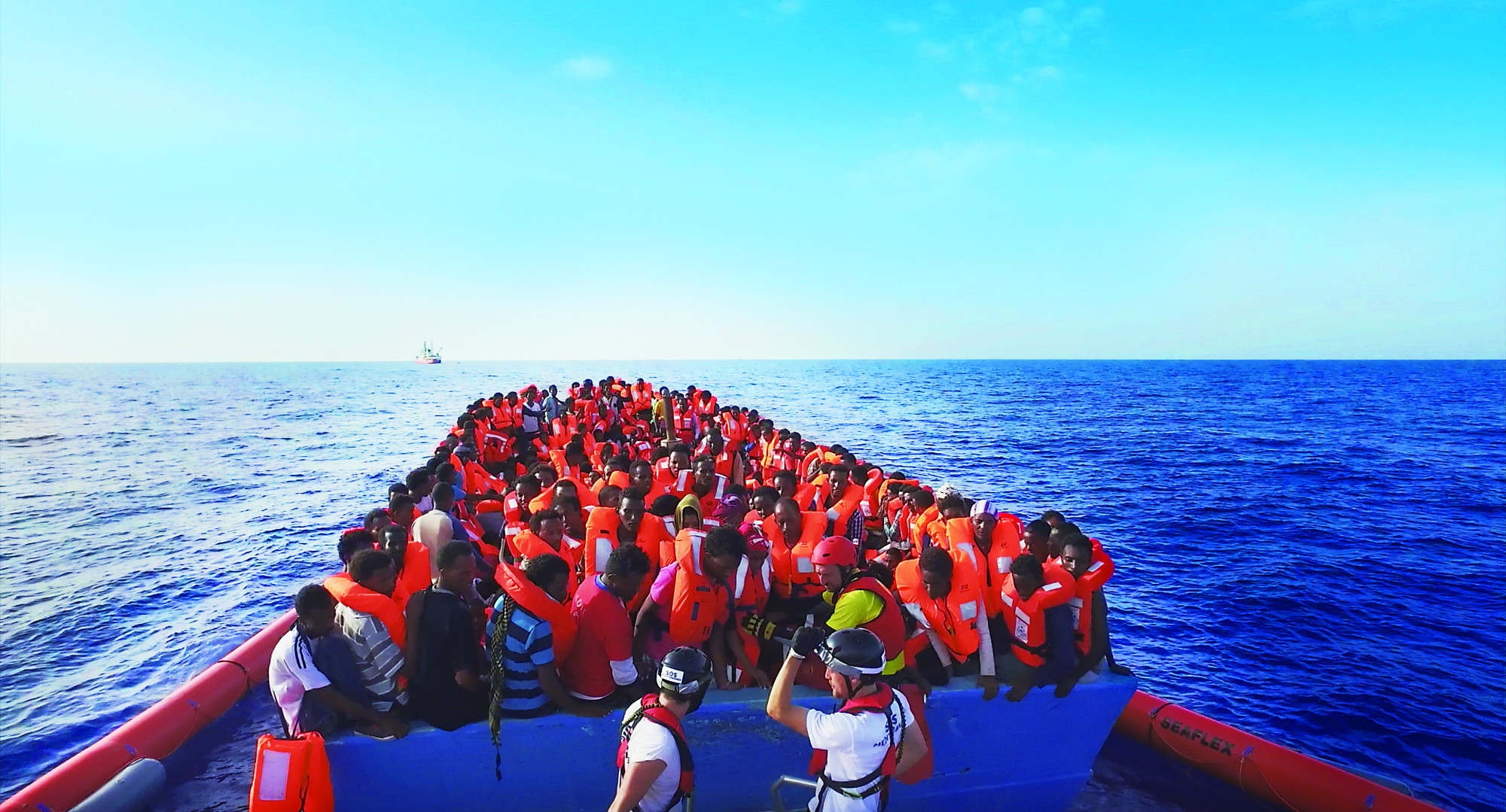 At the Yokohama Triennale 2017, pillars at the entrance of the Yokohama Museum of Art were entirely covered with life jackets. This colorful array of life vests that are now part of Ai Weiwei’s work “Safe Passage” had originally been left behind by refugees at the Greek island of Lesbos. Ai’s work confronts people with the refugee problem that has been a central issue in Europe, so it must have come across even more intense and serious when Ai unveiled it on the pillars in front of the Konzerthaus in Berlin, where he is currently based, in February 2016. 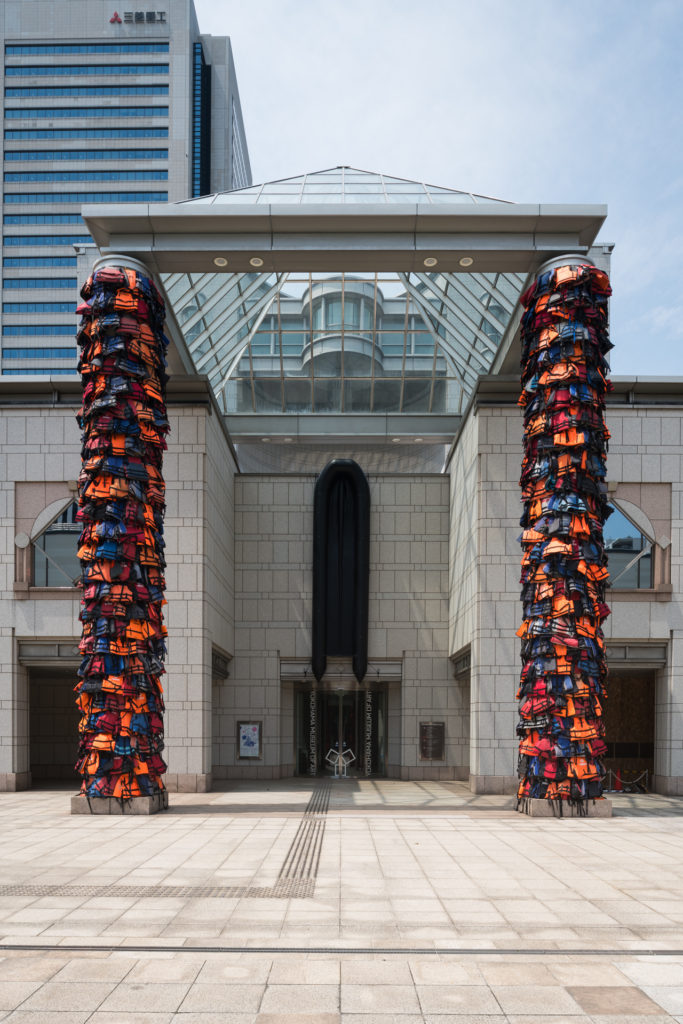 Ai Weiwei’s latest big project, “Human Flow” is a documentary film for which the artist visited refugee camps and border areas at 40 locations in 23 countries around the world. In the past ten years, the number of refugees worldwide has doubled, and now amounts to approximately 68.5 million. In addition to the “doorways to Europe” Greece and Italy, Ai followed refugees from around the world to places including Hungary, France, and even Jordan, Turkey, Lebanon, Palestine, Kenya, Bangladesh, Pakistan, Iraq and Mexico. Compared to the astounding energy he displays in his actions, in the resulting movie Ai doesn’t speak much, and he basically seems to just follow people around. Enchanted by beautiful sceneries of oceans, skies and deserts, and impressed by spectacular scenes filmed using drones or smartphones, I felt as if accompanying Ai on his journey around the world. 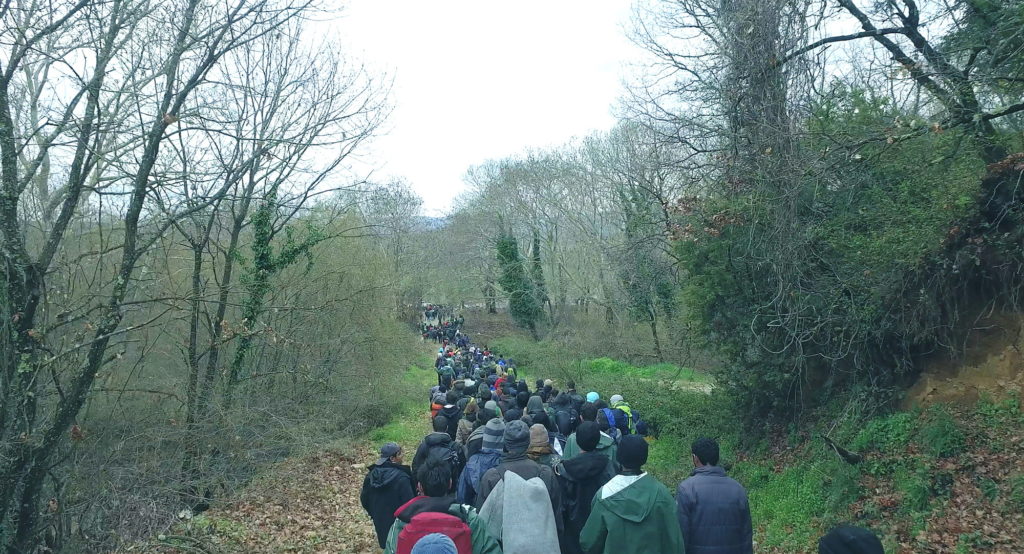 Even after finally arriving at Lesbos, the people who risked their lives during their own journey continue to struggle. Many countries have closed their borders, which leaves them stranded without a place to go. They walk on and on, cross muddy streams, brave the rain, and sleep in horrible circumstances next to railway tracks. Some are chased away by authorities using tear gas, others get arrested, and it is indeed hard to believe that such appallingly outrageous behavior is still reality in 21st century Europe. People who barely managed to escape the effects of wars and disasters in their home countries end up being unwelcome and treated in degrading ways, even in rescue situations. Scenes of refugees who arrived on the Italian coast from Libya or Somalia, where they are wrapped in thermal sheets, registered, and ordered to board buses that take them away, convey the brutality of being treated like a bunch of numbers rather than human individuals. 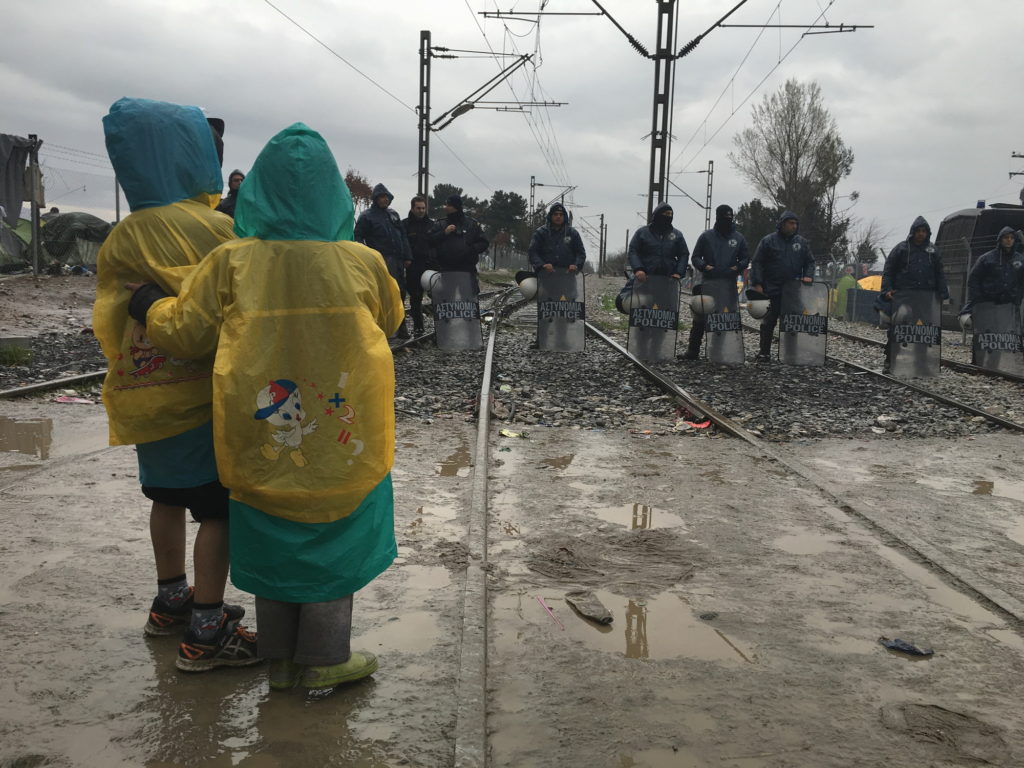 The conditions at the large camps for refugees that are sent back to Turkey according to the EU-Turkey deal of March 2016, and the camp set up at the site of Berlin’s former Tempelhof airport, are in fact not much different from those at prisons. Safe but not free, and deprived of human dignity, the refugees are forced from the positions of victims into those of convicts.

When Angela Merkel signalized the acceptance of refugees in 2015, the situation seemed hopeful, but her liability has been challenged through the ceaseless criticism in Germany of the government’s immigration policy. It’s a situation that symbolizes the dilemma between ideal and real intention that has flared up across Europe.

Meanwhile in Japan, only 20 of the 19,628 applicants in 2017 were granted refugee status. That’s an alarmingly small number also in a global sense, and it is needless to say that Japan is not in a position to criticize other countries. 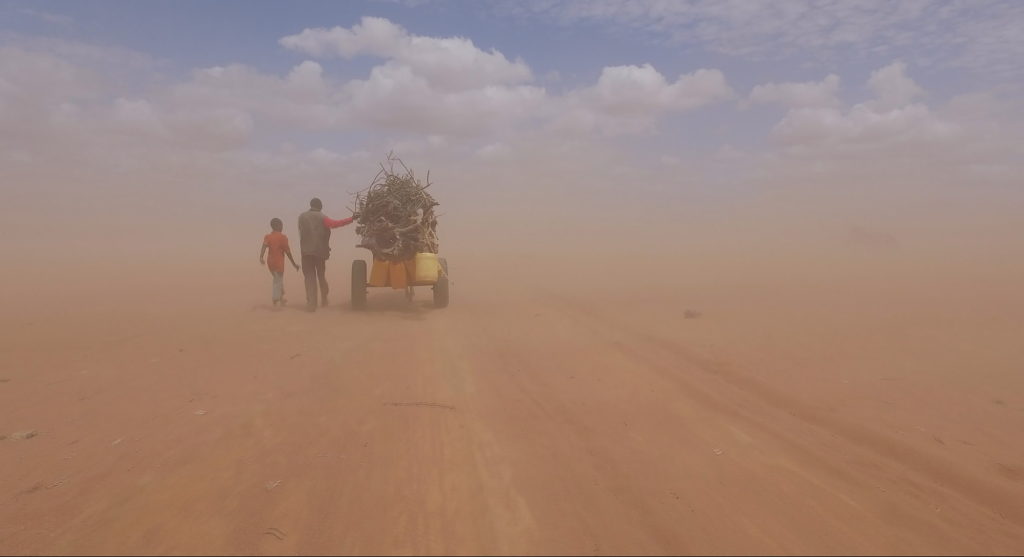 The sense of reality in this movie manifests itself in the way it simply highlights the awkwardness of the dead-end situation with no solution in sight, rather than responding with anger and criticism. Where news reports can only show “dots,” it is the locomotion of Ai as he travels with the refugees, that describes the “lines” joining those dots. It’s not a movie with an easy happy end, nor a story of despair, but it presents the viewer with the naked reality that we are supposed to think about from the viewpoint of human beings that live on the same planet, and that may end up in the same situation at any time.