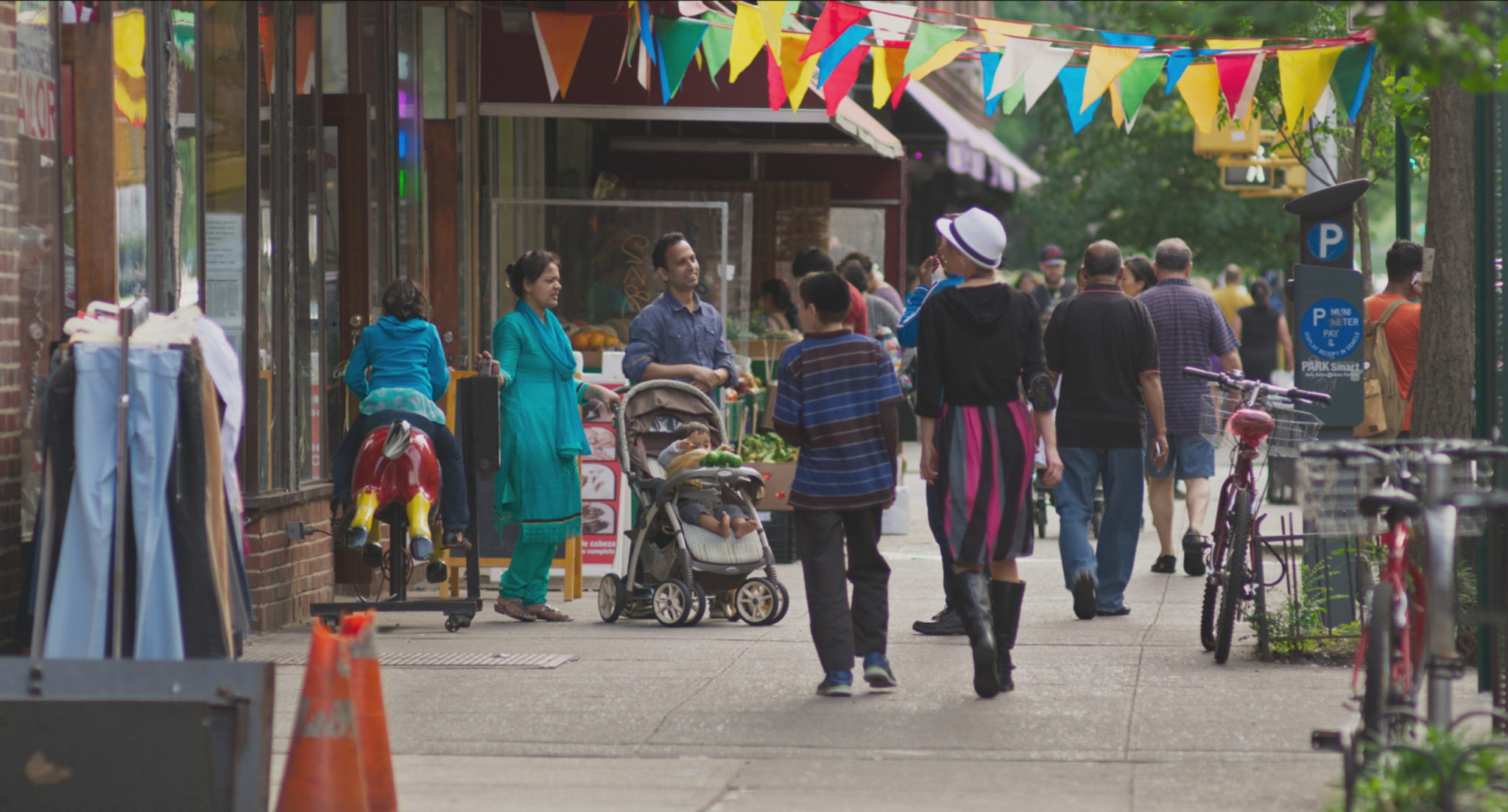 Where the whole world is condensed and breathing.

This is Frederick Wiseman’s filmic portrait of Jackson Heights, an area in Queens, New York, that is inhabited by immigrants who speak 167 different languages. The grocery stores offer rich selections of colorful foodstuffs, the streets brim over with music from different countries, and there are various religious services. The camera zooms in on all kinds of activities at all kinds of places: Queens Pride, a group that represents the LGBT community in Queens; Green Card acquisition support; and beautiful elderly ladies exchanging gossip by the roadside. There are female assembly officers dealing with inquiries over the telephone, but also citizens protesting against redevelopment projects, so the director also keeps an eye on government and political activities. One can virtually hear the city breathing. ”The area is a true American ‘melting pot’ reminiscent of the Lower East Side of New York City at the end of the 19th century,” Wiseman reveals his motivation for making this movie about Jackson Heights. The entire world is condensed here, and one can feel that the diversity that one finds in this neighborhood is the very source of America’s vital energy. 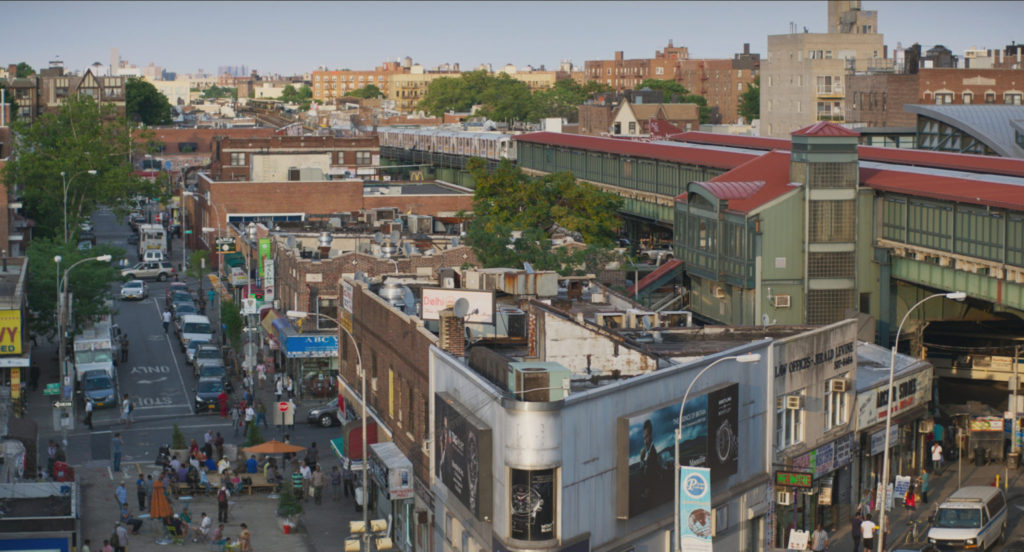 Some of the residents are here illegally. In an overwhelming scene, a mother passionately recalls her daughter’s fear when she temporarily went missing in the desert, and those who silently listen to her have surely experienced various danger as well. Wiseman shows nothing but the straight fact, without intervening with any unnecessary judgment, as if to claim that all things on earth are equal. The sequences in this movie are the results of ten months of editing the vast amounts of material shot during nine weeks. After the 189 minutes of this movie, you might catch yourself thinking about moving to Jackson Heights as well. 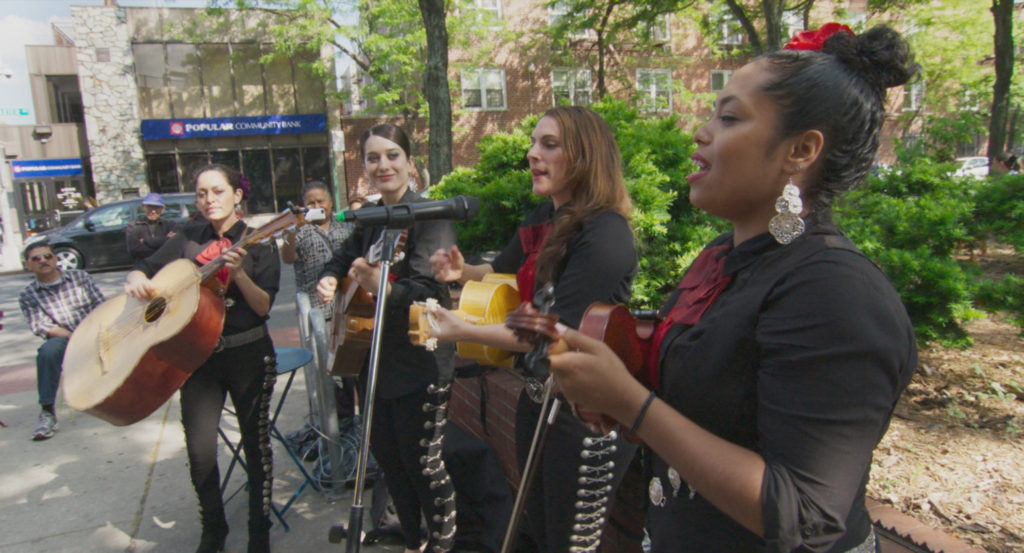 Having turned 88 this year, Wiseman has energetically continued to dedicate himself to filmmaking ever since unveiling his maiden work ”Titicut Follies,“ a film about a facility for mentally ill criminals, in 1967. This is his 40th movie. With minimal prior research, and without even deciding on a general theme, he just follows his nose as he points the camera. There is no narration, no subtitles, and no music (except for background music in some scenes). Wiseman (in charge of directing and recording) sticks again to his style working in a trio with cameramen John Davey and William Brayne, plus assistants. In an interview during his visit to Japan in 2011, Wiseman made some memorable comments about his compassion for theater. He also works as a stage director, and – surely also influenced by his mother – “theater” is something like a keyword and hidden element in Wiseman’s movies. The scene in which a woman suddenly demands prayers at a street corner in Jackson Heights does in fact come across like a splendid improvised performance (although it’s of course happenstance). “Filmmaking is better than a day job. It’s always interesting. I get to travel, and each one of these movies is an adventure,” Wiseman declares in a charmingly humorous way. 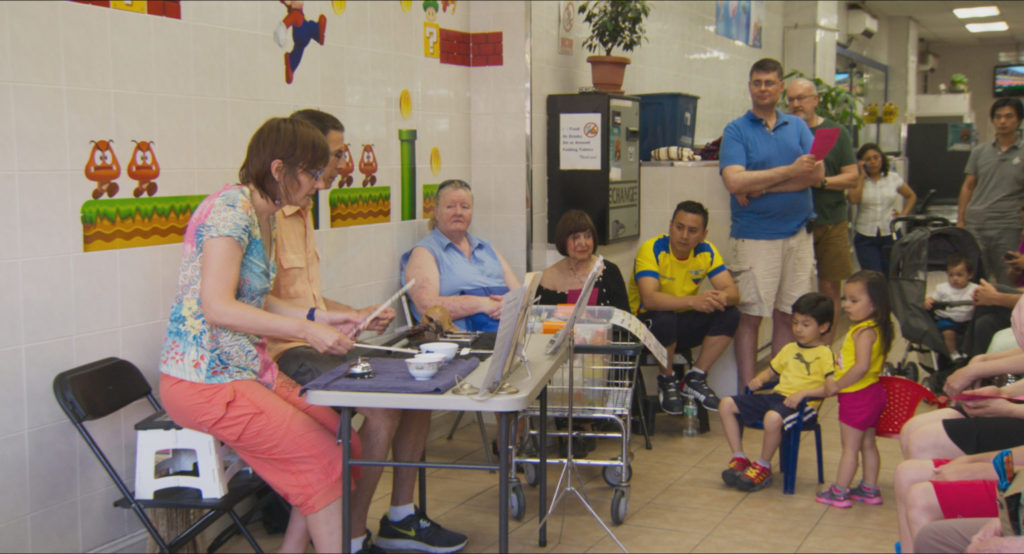 Located in the northwest of the Queens district in New York City, with a population of 132,000. Developed about 100 years ago as a residential area for middle-class employees commuting to Manhattan, in the late 1960s the neighborhood started to become home to immigrants from all over the world. At present, this is where one can find the greatest diversity of residents in New York, as about half of them were born in other countries and immigrated to America. However due to the rise in land prices in Brooklyn and Manhattan in recent years, the area has become increasingly popular, and is currently being rediscovered as a convenient location that’s only a 30-minute subway ride from central New York.