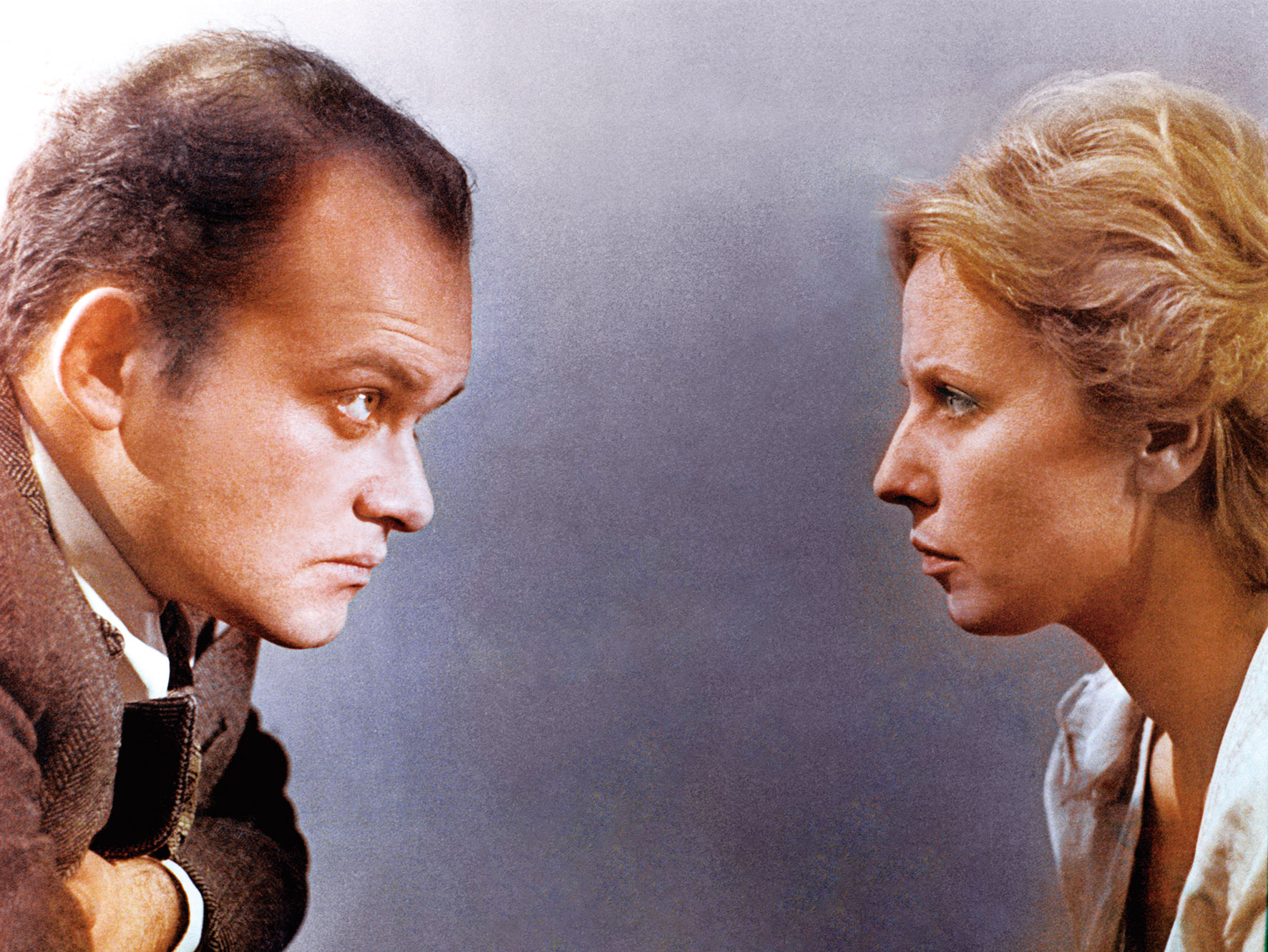 The protagonist of this movie is Tonia, a singer/actress with a cheerful and somewhat frivolous aura. One night in 1951, Tonia is arrested and imprisoned all of a sudden by the secret police. Without being told the reason for her detention, she has to endure obstinate interrogations in which her private life is completely revealed. As it turns out, Tonia is demanded to “sell” her friend (an alleged Western spy)…

Mainly set at Rakowiecka Prison, the movie is based on the experiences of two women who were actually imprisoned here in the era of Stalinism, and who basically functioned as supervisors for ”Interrogation.” In this respect, it is an authentic/political movie that aims to be realistic, while at the same time also being pure “entertainment” with an emphasis on storytelling and the emphatic promotion of ideals.

Even though it is a gloomily themed movie that exhaustively depicts all sorts of infringement of human rights through the powers that be, the arduous yet thrilling negotiations between the questioned and the questioning are captivating enough to prevent it from coming across as s stereotyped accusation against the system. While the authorities employ all available means, from threat to conciliation, to get Tonia to make a (substantially false) confession, Tonia on the other hand persistently counters this way and that, and it is this continuous bargaining that is spellbindingly fascinating. This fascination is definitely generated through the persona of Tonia, and at once also through the character of Krystyna Janda, who embodies the protagonist so brilliantly. More than just a victim, she continues to oppose the investigators with increasing tenacity, the harder the interrogation and torture gets. She is a heroine of sorts who adheres strongly to her belief (and has been evaluated by the aforementioned supervisors as being “too valiant” compared to the actual events), but above that, she is an exceptional human being with all her weakness and sloppiness.

The police officers, on the other hand, are not at all portrayed as detestable “bad guys.” The one figure that embodies their complicated disposition is Tadeusz, who doesn’t hide his aversion for being associated with the Nazis, and, secretly harboring feelings for Tonia, begins to question his own position. In the scenes revolving around the investigators’ attempts to make Tonia confess by threatening with execution, the filmmaker’s attitude refusing to depict either side in a conventional style becomes prominently noticeable. When Tonia collapses onto a man who was supposedly killed before her eyes, and the man eventually jumps up, she notices the sham and bursts into laughter. While this scene exposes the system with its ludicrous ways and cheap trickery, it also shows that Tonia, although weakened both mentally and physically as a result of the long and grinding interrogation, is still filled with the power (and passion) to laugh out loud. For a brief moment, her laughter softens the tense atmosphere, while at the same time filling the viewer with complex and deep emotions.

Concerned about the intensifying democratization movement of the independent and self-governing trade union ”Solidarnosc,” the government imposed martial law in all of Poland on December 13, 1982. Against the backdrop of this generally threatening situation, the movie that was completed only a few days earlier was oddly destined to serve as a token of flat-out opposition against the tyranny of the communist system. The screening of the movie itself was prohibited, and the only chance to watch it was in the form of secretly distributed videotapes. ”Interrogation” was further considered “problematic” by the government, which eventually left director Ryszard Bugajski with no choice but to exile to Canada. In his home country, the movie wasn’t officially released until 1989, about seven years after its completion, when the state system changed. 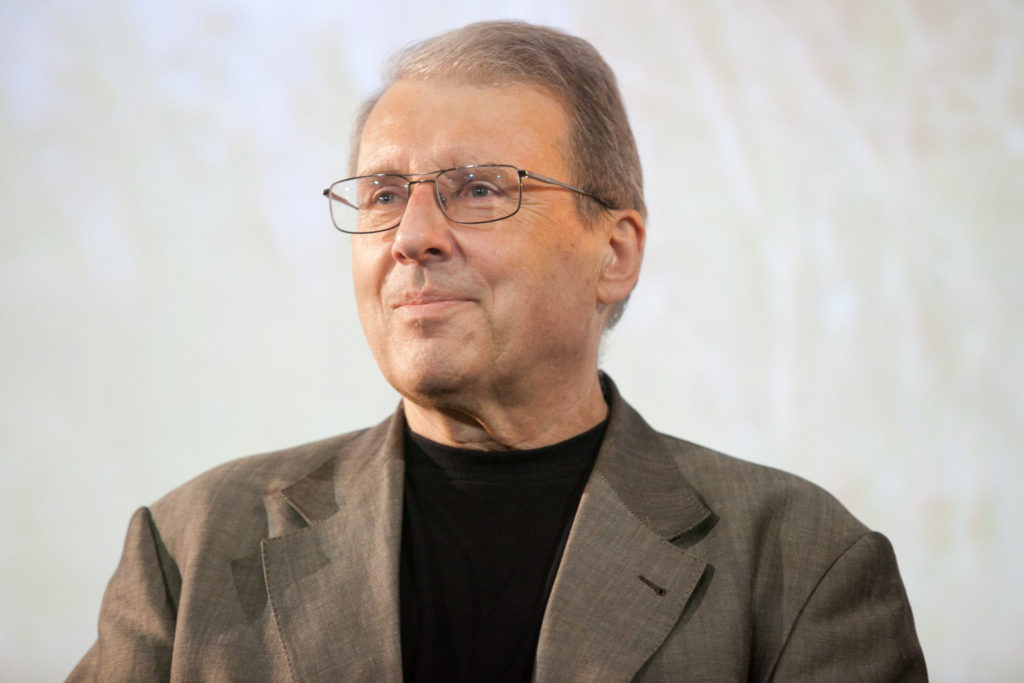 But as a matter of fact, unrelated to the ban and the lifting thereof, ”Interrogation” won the battle against the system. This becomes clear in the final scene. In 1956, five years after Tonia’s detention, the ice begins to melt, and Tonia is finally released. The first thing she does is go to the nursery to see the daughter she secretly had with Tadeusz (and from whom she was separated soon after birth). Her husband Konstanty already requested divorce in the prison’s meeting room, as he learned about Tonia’s misconduct from the report that was written based on the interrogation, and couldn’t live with the shame of being cheated on. After informing Tonia of her release, Tadeusz – the father of her daughter – commits suicide with a handgun.

After that, a person at the nursery tells Tonia, who finally reunited with her young daughter – probably her only remaining relative – that “her father is coming to see her from time to time,” whereas the viewer realizes from that person’s descriptions of the “father” that it must be Konstanty. At the end of the movie, mother and daughter return to the apartment complex where Tonia used to live with her husband, and while this conclusion may be perceived as an opportunistic or commonplace kind of happy end, in a way it marks at once also an astonishing turn of events. However it isn’t necessarily a conclusion that is only based on commercial consideration, as it also appears to be celebrating the symbolic victory of morals and veracity over power and its cruel ways.