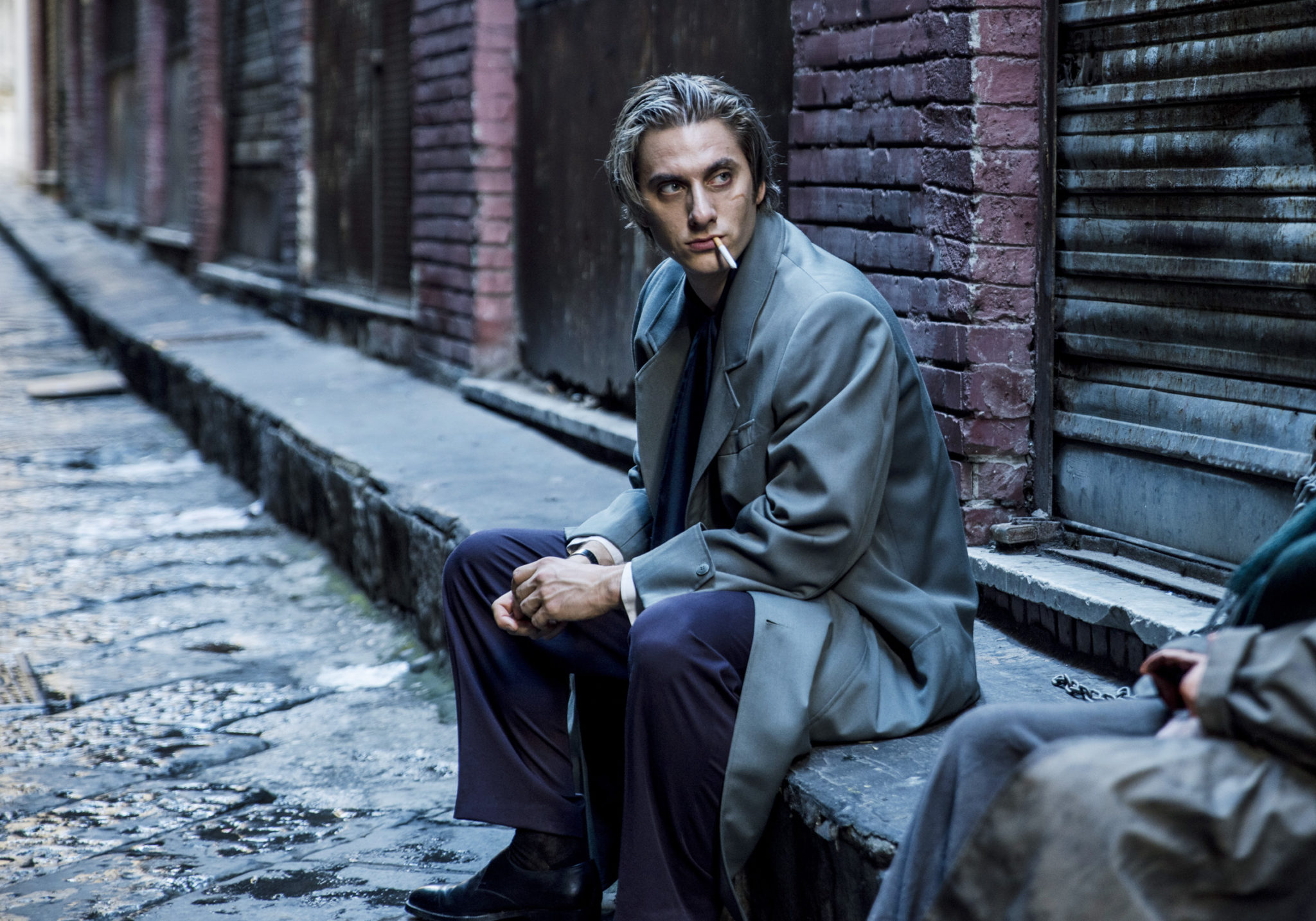 My feelings when watching this were comparable to those evoked by works from the genre of Italian neorealism, or Bernardo Bertolucci movies from the 1970s. Exquisitely combining the heaviness of a monumental historical drama, with the coarse-grained texture of super 16 mm film, the movie tells the story of a pure-minded and politically conscious man of action. Fully charged with the director’s enthusiasm, it overwhelms and resonates, making it impossible to watch from the detached position of a mere bystander.

For his adaptation of American traditional writer Jack London’s original autobiographical story, set in the American West Coast area in the 19th century, Italian filmmaker Pietro Marcello took the material into the setting of his own hometown of Naples in the late 20th century. Originally coming from documentary filmmaking, Marcello interspersed his movie with archive footage, to skillfully create an homage to the past century that jumps back and forth between reality and fiction. 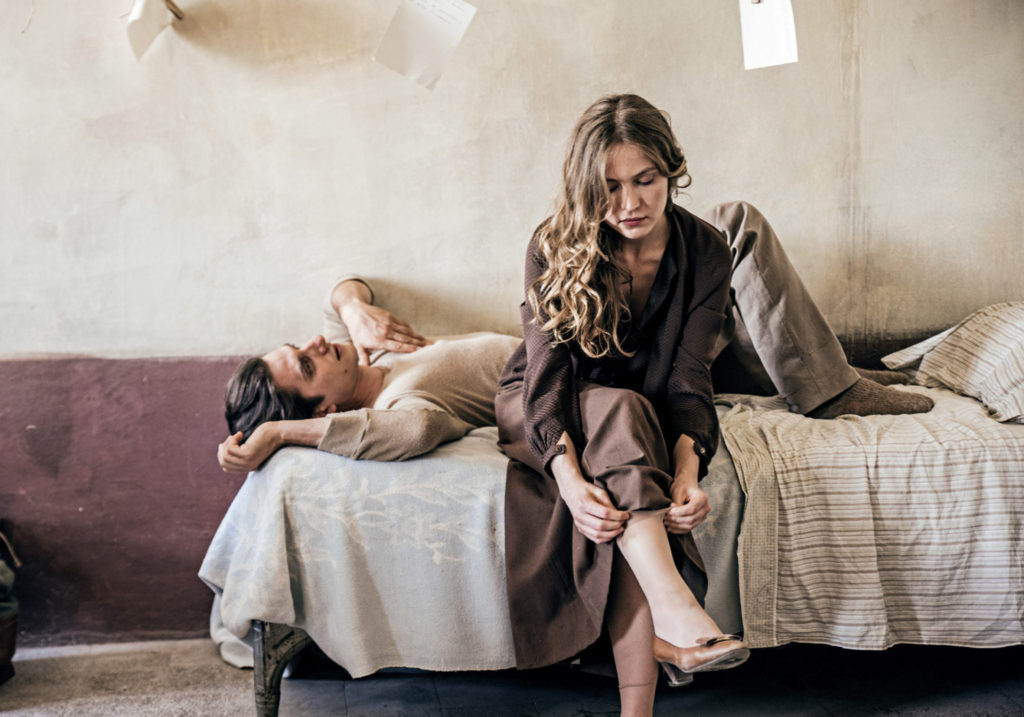 The movie tells the story of Martin Eden, a man from the poor working class, who accidentally meets and falls in love with the upper class girl Elena. Inspired by the degree of education and culture that he finds in this environment, Eden decides to start writing novels, and make a living as an author. But his works are flatly rejected by publishing companies, while on the other hand, he is also made aware of the decisive class differences between himself and Elena. This is when he embarks on a solitary journey in pursuit of his own art.

At long last, luck comes around, and Eden has some success with his writing. But the movie doesn’t end here. Toward the end, we get a portrait of Eden as a man who is successful but disillusioned by society, and who has lost the pure motivation that used to inspire him. Rather than telling a simple success story, Marcello makes us witnesses of the life of a young man who grapples with reality while gradually abandoning the ideas and dreams that he once had. 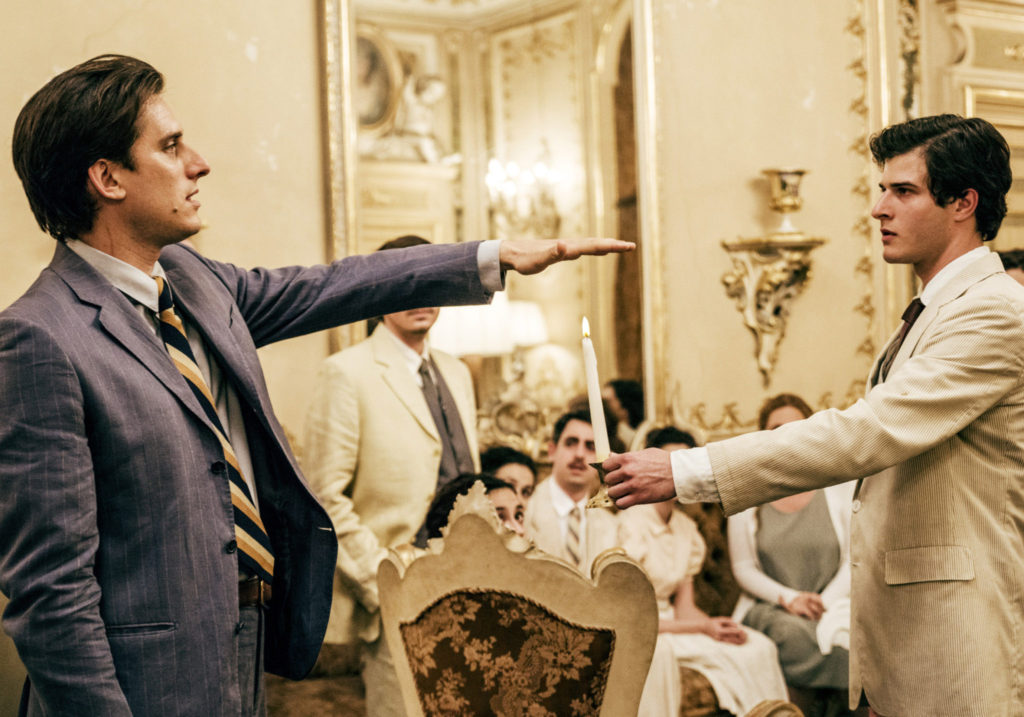 Then we see Eden as an old man, talking fervently, almost deliriously into his tape recorder. “So, the world is stronger than me, against its power I have nothing but myself.” The following is how Marcello explains the philosophy behind the readiness to fight even if it’s a losing battle.

“This is a universal story about a young man who grows up and gets to know society. He tries to use the cultural stimulation to liberate himself, but through the success that he eventually experiences, he loses touch with reality, and ultimately, with himself. That’s how he becomes a cynical person. Did society make him like that? I don’t know. Personally, I prefer the first half of the movie, as it certainly becomes increasingly painful for anyone to watch him struggle in the second half. However, Jack London claimed that ‘there is a Martin Eden in every one of us, whether we acknowledge it or not,’ and I think he is absolutely right.” 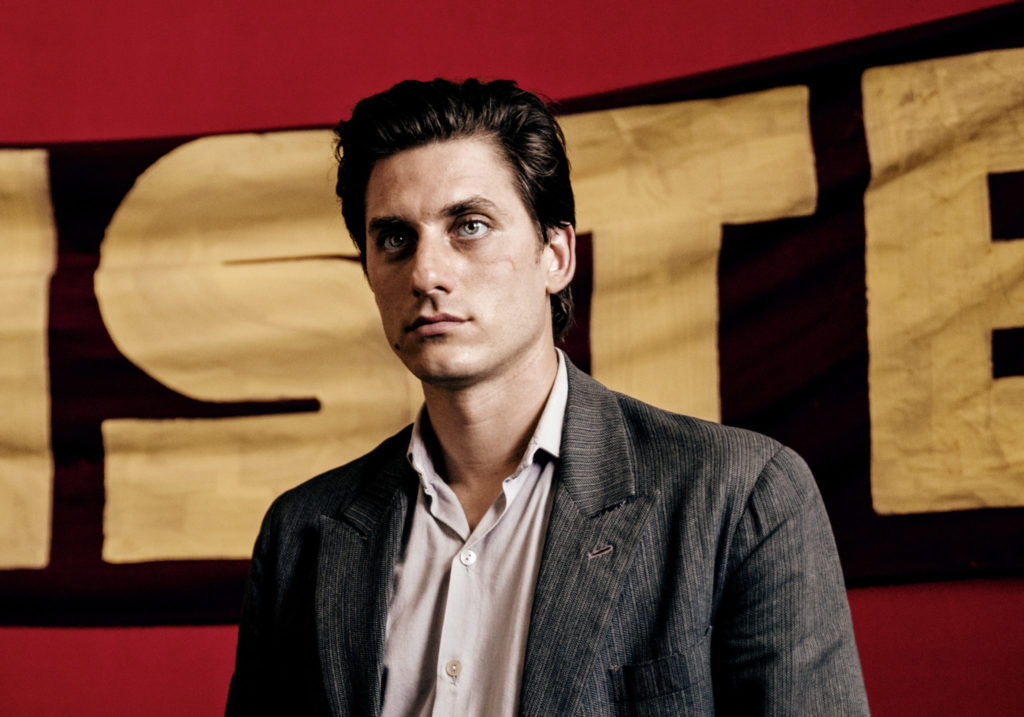 Luca Marinelli in the role of Eden (for which he who won the Volpi Cup for Best Actor at the Venice Film Festival in 2019) exudes an incredibly strong presence. This is exactly what I would call something like an actor’s fateful encounter with a role. Marinelli embodies the braveness of living in turbulent times, with a body language that couples roughness with delicacy, and a gaze out into the world that conveys boundless curiosity and passion.

Martin Eden can perhaps be compared to the beat culture of the likes of Jack Kerouac. Just like London himself had a profound influence on following generations of writers, the character or Martin Eden undoubtedly inspired Kerouac’s life “on the road” to a large extent.

“The making of a movie can be a mediation on the times,” says Marcello about his work, and quite paradoxically, his illustrations of the 20th century seem to be fervently reminding us of the things that we have lost in our own age.