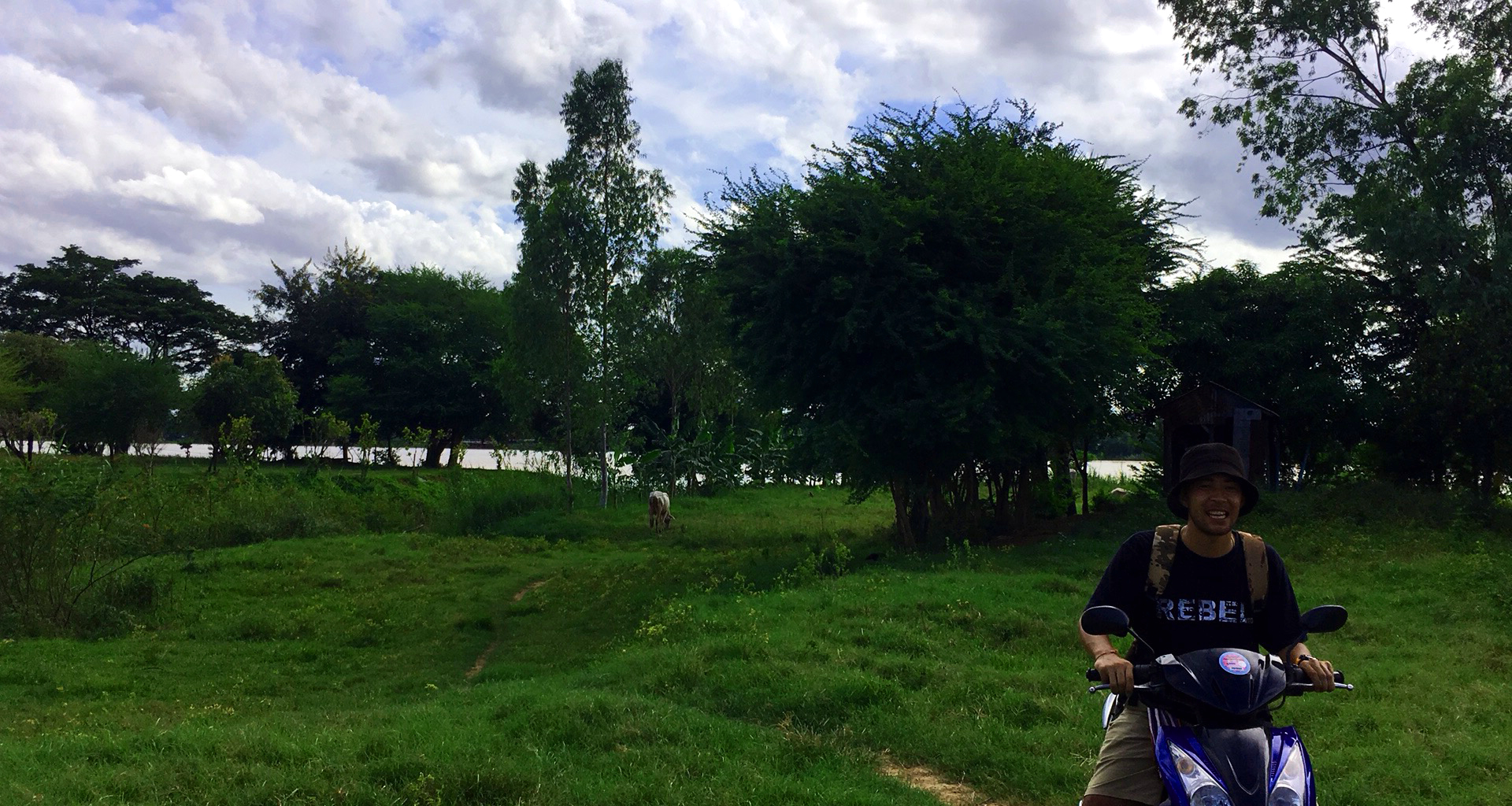 As I had very little background knowledge about this movie, I wasn’t too sure whether I was actually qualified to review it, but seeing it meaningfully announced as “a long preview” right at the beginning made me feel much more comfortable. It was going to be “not the main film,” so I was looking forward to taking my time to get into it. However that feeling was accompanied by a burning kind of sensation that I was well familiar with. It was the kind of feeling that Japanese people have when entering a country in Southeast Asia. What was decisively different though from my own feeling when landing in Bangkok was the fact that Young-G, the traveling protagonist of this story, has a clear purpose that he defines in his murmur about “finding hip-hop in this country (Cambodia).” The sceneries the viewer witnesses at the beginning of the movie, however, make a rather unlikely setting for the music of the big city. We see the half-naked, sun-tanned young man catch a bird and pluck its feathers (probably with the aim to grill and eat it), and enter a CD store, only to be flatly told that they have no vinyl records, and even if they had some they’d cost a fortune. Along the river, we see swimming children and grown-ups throwing out their fishing nets. Slightly sulky, Young-G withdraws to his hotel room and watches a Japanese TV program. I somehow understand him, the way he feels, even though in my case I wasn’t really looking for something particular, and being in Southeast Asia, I would snuggle down with the young Thais who were just as fed up with their boring routine – even though it was the city of Bangkok after all – rather than go out to the Thai countryside, let alone to Cambodia, in pursuit of music.

As soon as Young-G arrives at his destination, the office of an independent hip-hop label called ”KlapYaHandz,” ha can’t stop exclaiming how “cool” everything is. I know that too. I’d been marveling at things I found “cool” a number of times in Bangkok as well, and as we’re talking about the rapidly growing Phnom Penh here, it’s all the more understandable. This place is far from what was a developing country just a little while ago. It is a difference too large to bridge with words like “social polarization” or “cultural gap.” The interior of the building is in perfect condition; it is filled with spirited-looking rappers and fluently English-speaking staff, and fitted with a well-equipped studio. So Young-G introduces himself while continuing to marvel at ”how cool it is to have an entire building for themselves,” and “how cool it is to be part of a big film production company.” The people at the office don’t hide their surprise when hearing that Young-G and his mates are running an independent record label “at a place about two hours from Tokyo.” In a country where “two hours from the city” is tantamount to “poor country life,” it seems to be difficult to convey the disposition of contemporary Japanese people who deliberately move away from the metropolitan area. 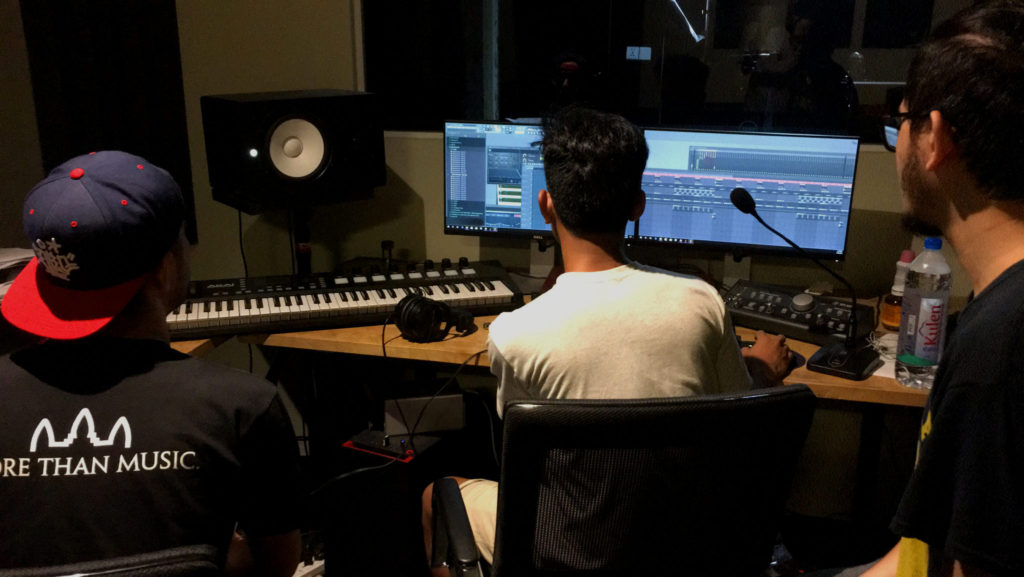 Young-G’s purpose is assumedly not as simple as something like “mutual understanding trough music,” but it doesn’t seem to be a journey on which he, as a DJ, aims to just “discover some rare music” either. The movie ends with a scene in which Young-G plays a tune on his iPhone, and Cambodian rappers get together for an improvised vocal performance. That’s not happening on the ”street” but on the “building’s rooftop,” which again seems to be symbolic of something. I suppose this is where the “main film” and the story of Young-G and his friends is going to pick up. There was some conversation about Pol Pot and music along the way, and when imagining that it will probably be about Japan and Cambodia, and how the young people face the present, past and future with all the hopeless twists and ruptures, I feel kind of touched even before watching the actual movie.

Born in Japan. After studying in San Francisco, she moved to Thailand, where she founded the band FUTON with Thai and British friends. The band established itself in the independent music scene and enjoyed popularity especially among students in Bangkok. They toured around Vietnam, Shanghai, Malaysia, Singapore, the UK, France and Germany, and in Tokyo, performed with the likes of Naruyoshi Kikuchi, Maki Nomiya, Buffalo Daughter and Cornelius. Avex released a domestic version of their album. Momoko Motion presently lives in Tokyo, where she does mainly solo live performances as a singer-songwriter. Her single “Fake Food/Suppai Budo” was released in 2017.  www.momokomotion.com