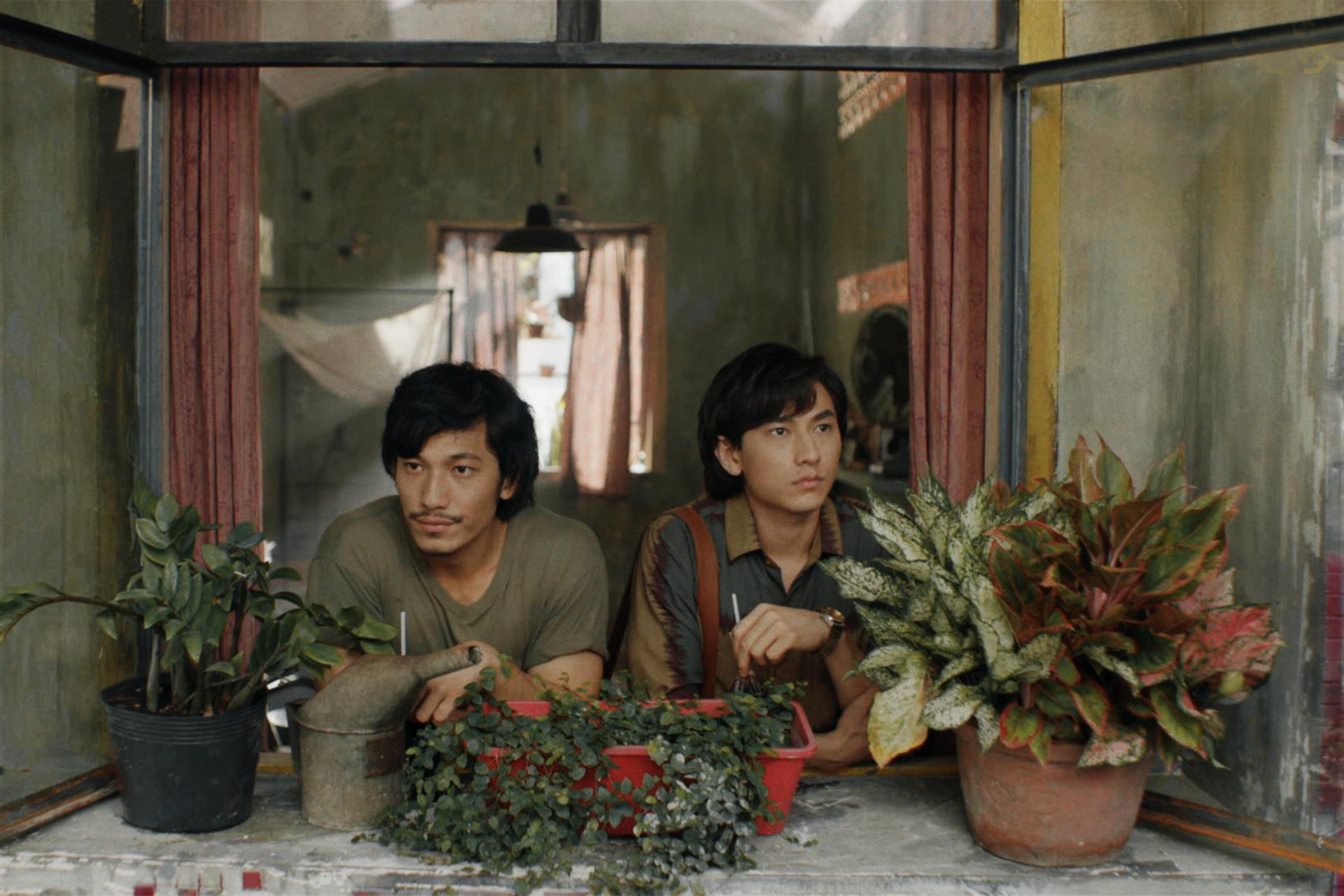 All the ambiguities contained in a moment

“Song Lang” is a product of the Saigon-based Studio 68, led by actress and producer Ngo Thanh Van, who was once listed as one of the 10 most beautiful women in the world and is known for her revolutionary impact on Vietnamese cinema. The film marks the debut feature of director Leon Le, who was born in Saigon in 1977 and is currently based in New York. Le is an accomplished actor, dancer, and singer, and also works as a photographer. His self-published creative photography book for “Song Lang” has contributed to a growing appreciation of this multi-talented artist’s abilities. 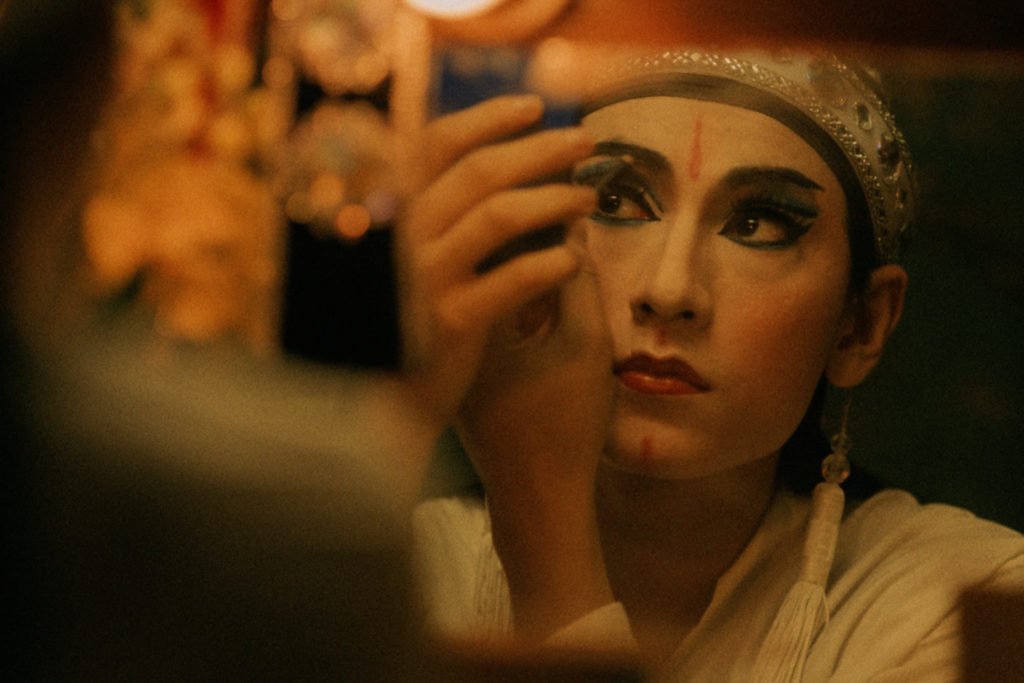 The film is set in 1980s Saigon. Cai-luong, a type of folk opera that blossomed in the 1930s under French rule, once employed both of Dung’s (Lien Binh Phat) parents – his father played the dan nguyet, a traditional two-stringed instrument, while his mother was an actress. Dung himself, however, is a debt collector who struggles to come to terms with the violent nature of his work.
One day, when visiting a Cai-luong theater to collect a debt, Dung suddenly remembers a scene from his childhood. He then encounters Phung (V-pop star Isaac), a young star actor willing to take on the debt himself. The two men start off as enemies, but things soon take a different turn. The next day, when a group of thugs pick a fight with Phung out on the town, Dung helps the actor and takes him home to tend to his wounds. This sudden encounter brings the two closer. Discussing each other’s childhood memories and outlook on life, they gradually hit it off. They take on an unfinished love song that Dung’s father left behind; the tunes of Dung’s dan nguyet and Phung’s voice bring the father’s feelings for his wife to life. 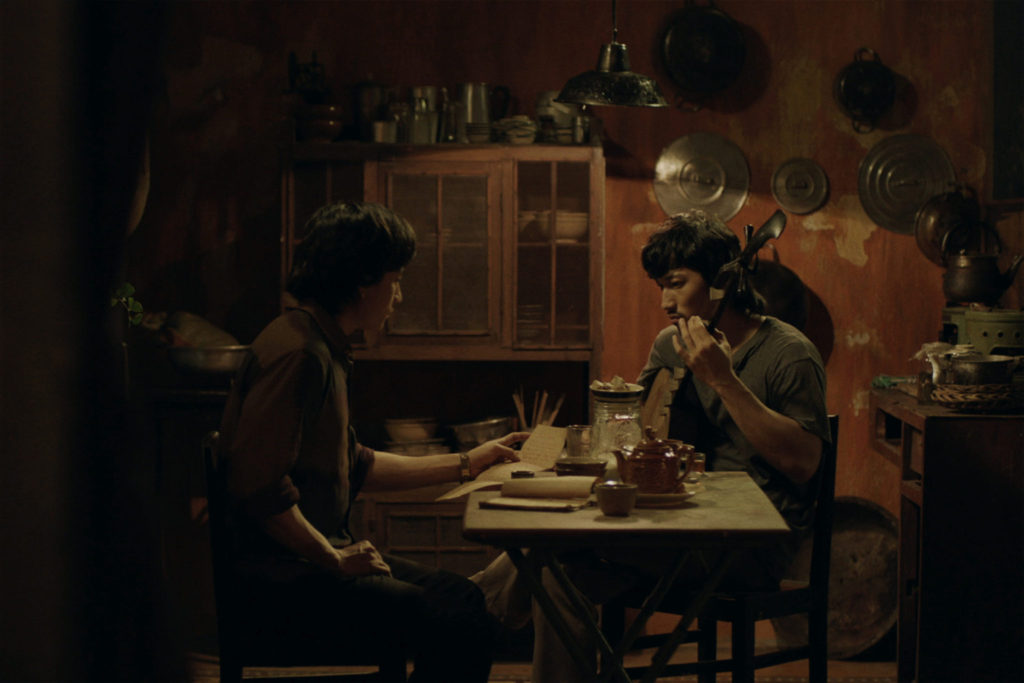 “Song Lang” has won a plethora of international awards, including audience prizes at several LGBTQ film festivals. It differs, however, from so-called LGBTQ films in that it eschews categorization of relationships as “gay.” Instead, the bond that forms in “Song Lang” is a unique one – one that is difficult to describe as either love or friendship. This relationship is extremely delicate, refined, and subtly pure. It is also transient.

In one scene, Phung’s singing is heard over AM radio, which is more susceptible to noise and interference than FM signals. AM radio, however, offers a bundled sense of space that goes beyond specific programs. The two protagonists are also passionate about video games, which they play on an old-school CRT television. A CRT, or cathode-ray tube, is a vacuum tube in which magnetism is used to manipulate electrons so that they are deflected onto a fluorescent screen, thereby emitting light. The result is a flickering and never entirely stable image. 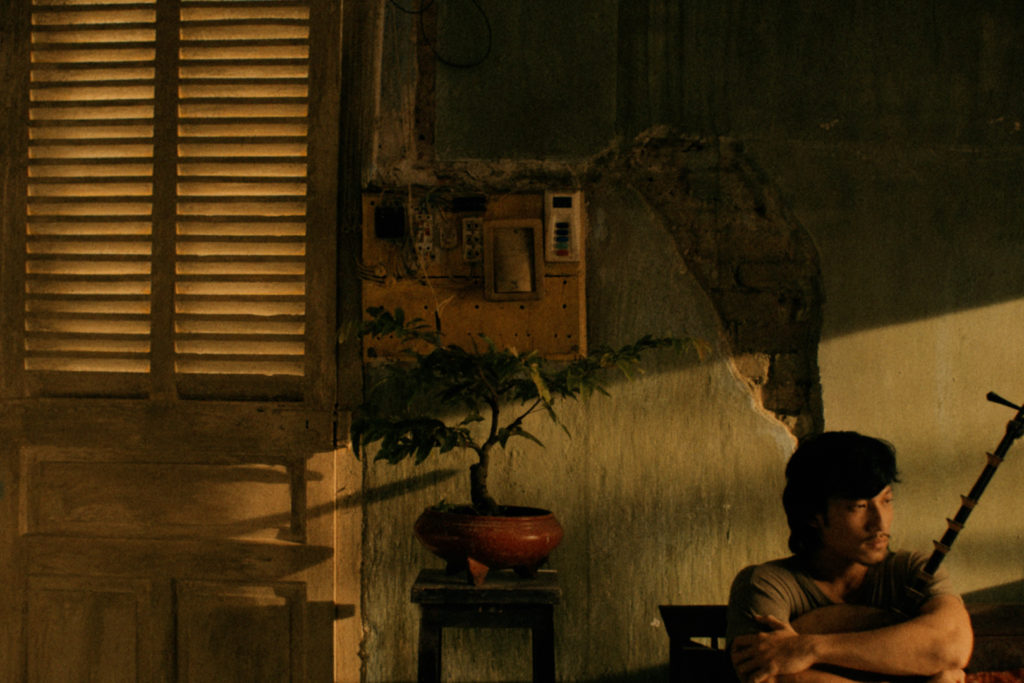 In Cai-luong, the instruments include not only the song lang but also the dan nguyet and the Vietnamese guitar. The latter is suited to bending due to its scalloped fretboard, and emits a complex sound that does not fit neatly into the Western musical scale. 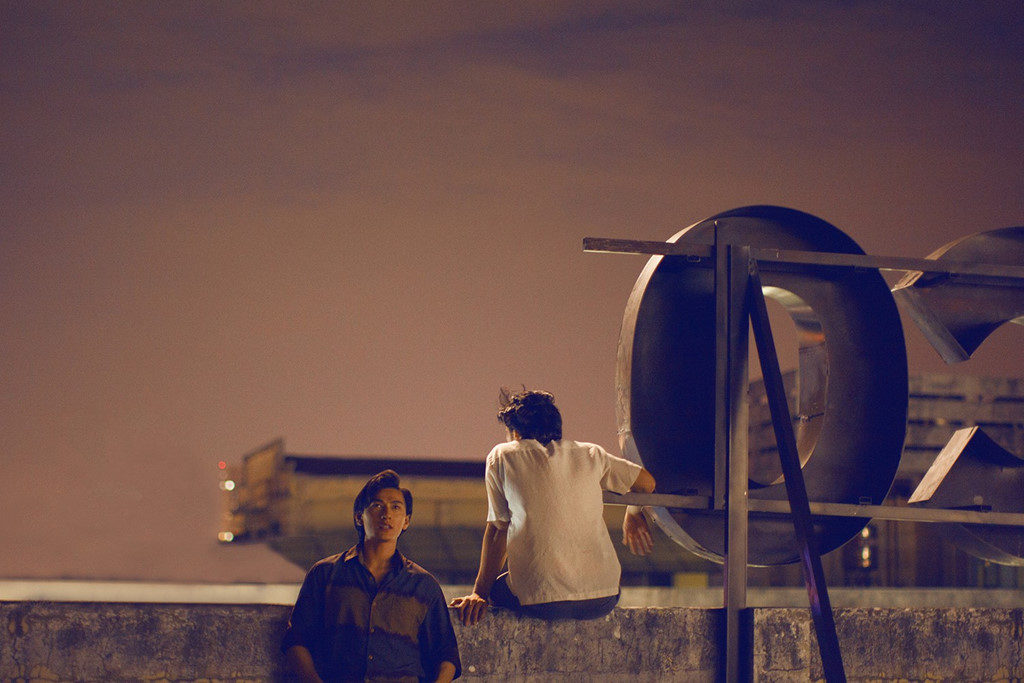 These elements – ambiguous, flickering, never settled – all exemplify the view of the world espoused by “Song Lang.” It applies equally to the relationship between the young men, Dung and Phung. This is the beauty and ideal of undefined ambiguity. Just like the colors, light and sounds of the natural world, people are utterly impossible to categorize. It is a truth we may have forgotten, and one that this movie reminds us of. “Song Lang” is also a story about a certain fate – that of vanishing without trace, forgotten and untold.

The film captures that ephemeral moment.