The Next Guardian
Directed by Bhutanese Arun Bhattaraiand, Dorottya Zurbó, 2018.8.18- 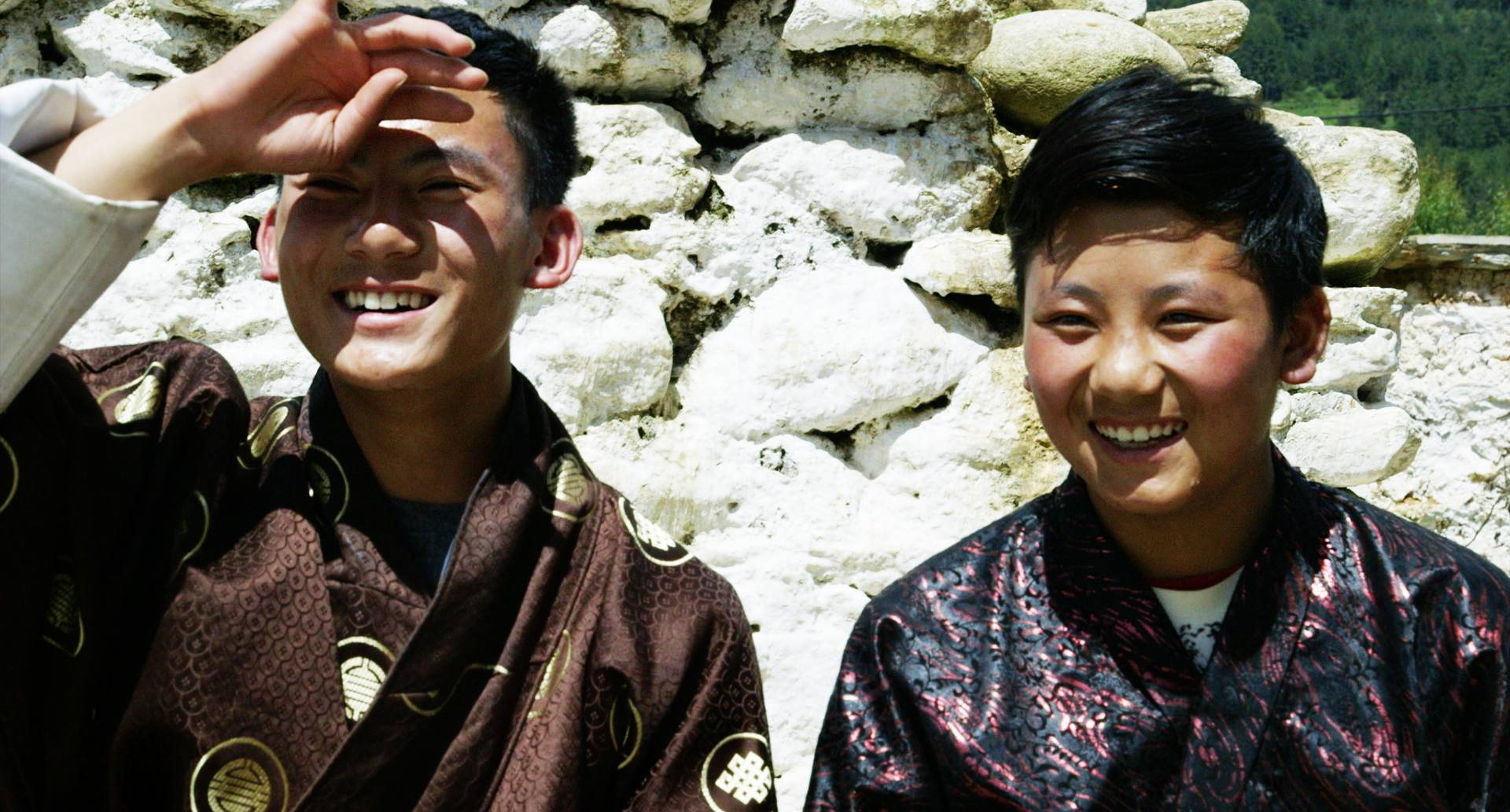 “What does ‘happiness’ mean in a rapidly modernizing Bhutan?”

Accompanied by exotic sounds of what seem to be bells, a thin white fabric (darshing) swings in the wind, every now and then revealing the silhouettes of frolicking “boys” in the background. As the camera zooms out from there, a clear blue sky enters the field of view. The few seconds of this ever so picturesque opening define the particular charm of this movie set in Bumthang, an ancient village tucked away in an unexplored region in central Bhutan, a 15-hour bus ride from the capital Thimphu. The movie paints a portrait of present-day Bhutan that contains precious images of life in an old temple, classes at school, playing at the river, and girls’ football practice, all at a place embedded in the vast natural surroundings of the Himalayas. The “boys” are in fact Gyembo and his sister Tashi. Their home is a Buddhist monastery with a long history, which the father wants his son to take over, and therefore encourages him to enter the monastery school. The mother, on the other hand, arguments that a regular school is better because it would teach the children English, which will be indispensable in the future. She understands her son’s feelings. Tashi with her short haircut looks really cool as she kicks the football while being somewhat at odds with her identity. ”I wish I was a boy!” The parents accept her feelings with the Buddhist explanation that ”Tashi must have been a man in her former life.” Their tolerance displays overwhelming warmth. 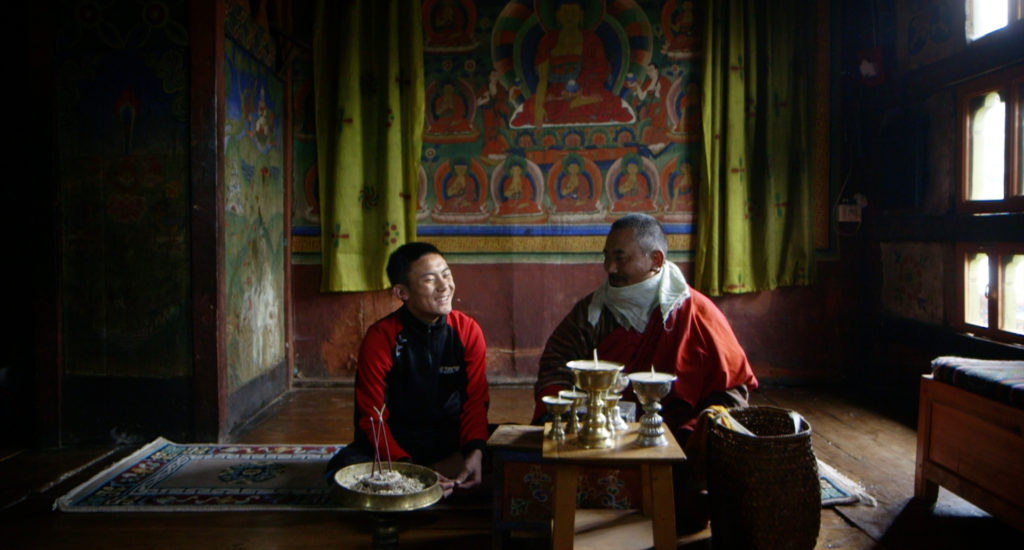 The movie was directed by male Bhutanese Arun Bhattaraiand female Hungarian Dorottya Zurbó. The two of them first met when participating in the “Doc Nomads” program aimed to foster young documentary filmmakers in Europe. Together they began to raise funds, which they eventually used for making this documentary. Bhattarai’s experience working for the national BhutanBroadcasting Servicehelped them gain special permission for international presentation, which shows just how difficult it still is in Bhutan to make movies. 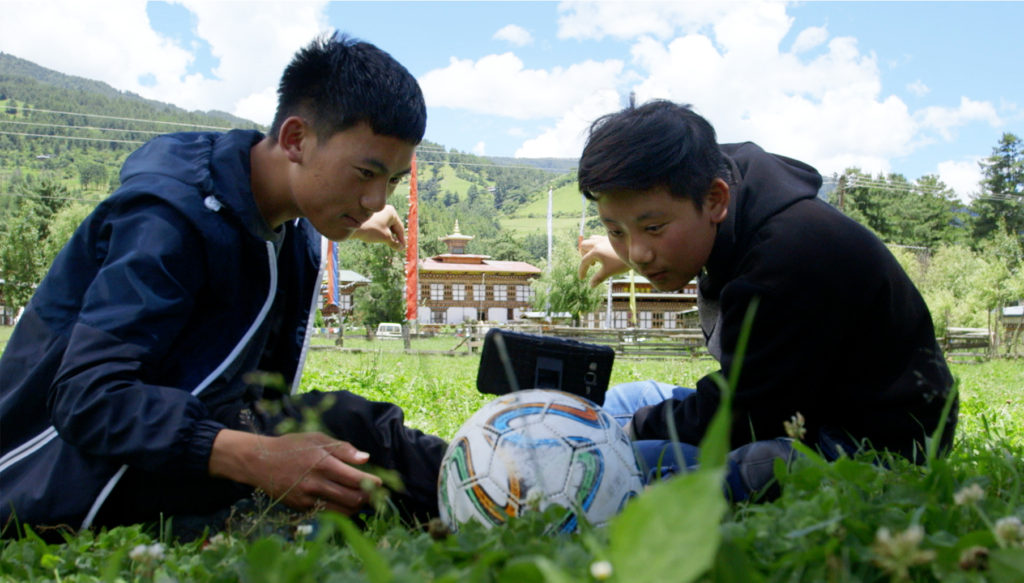 Today, Bhutan is in the middle of a modernization process that includes the popularization of the Internet, smartphones and social media, which involves of course also various conflicts with traditional values. Bhutan used to be a mysterious country that had adopted a policy of national isolation for a long time, and that implemented unique measures based on the Gross National Happiness (GNH) philosophy, but when learning about the young people’s daily troubles, one can’t help but feel a sense of affinity with the Bhutanese. 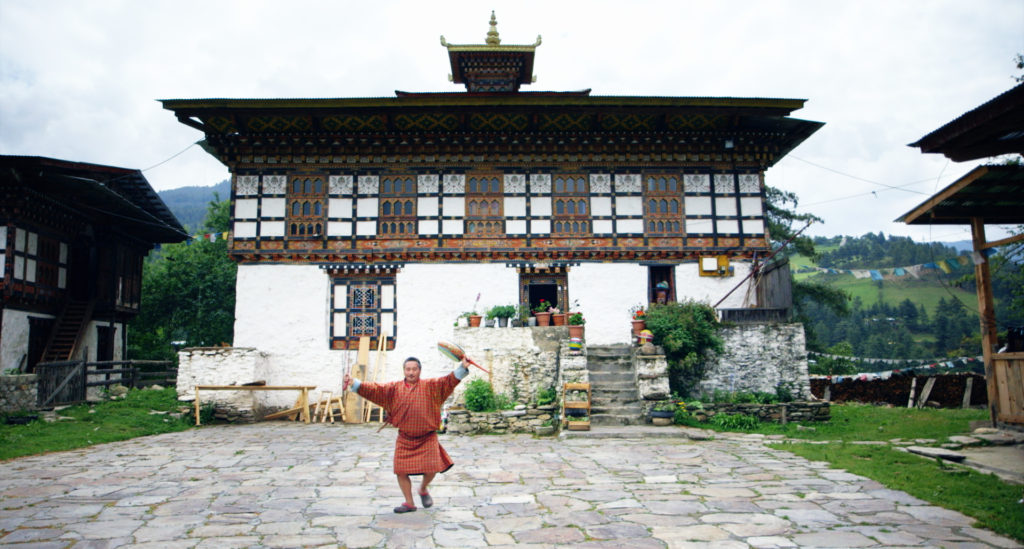 According to researcher Akiko Ueda’s analysis, the Bhutanese people’s definition of “happiness” is all about ”improving relationships” among all living things. There is a profound meaning behind this, and there are probably a lot of things to learn for all people today that have become  worn out by the rapid changes in their society. Regardless of his own troubles, Gyembo never stops caring for others with gentleness and a smile on his face that I won’t forget for a while. The “adventure” that the two protagonists embark on at the end seemed to be expressing their challenge to Bhutan, to the two directors, and to the audience.